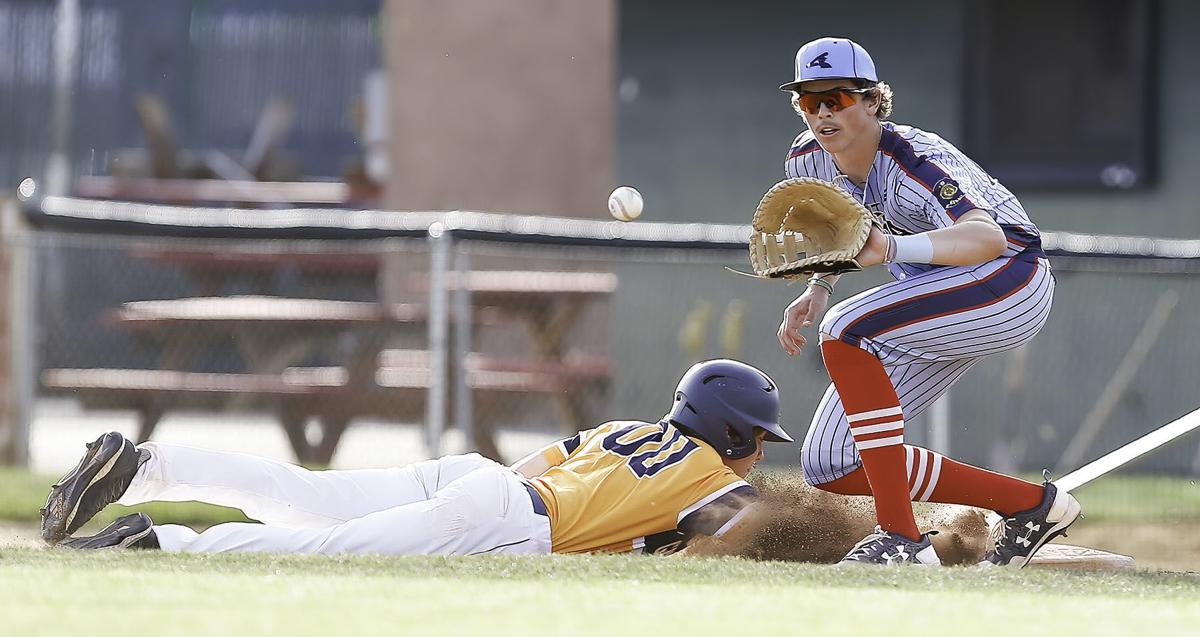 Chase Nielsen receives a pick-off throw at first base June 3 against Great Falls. 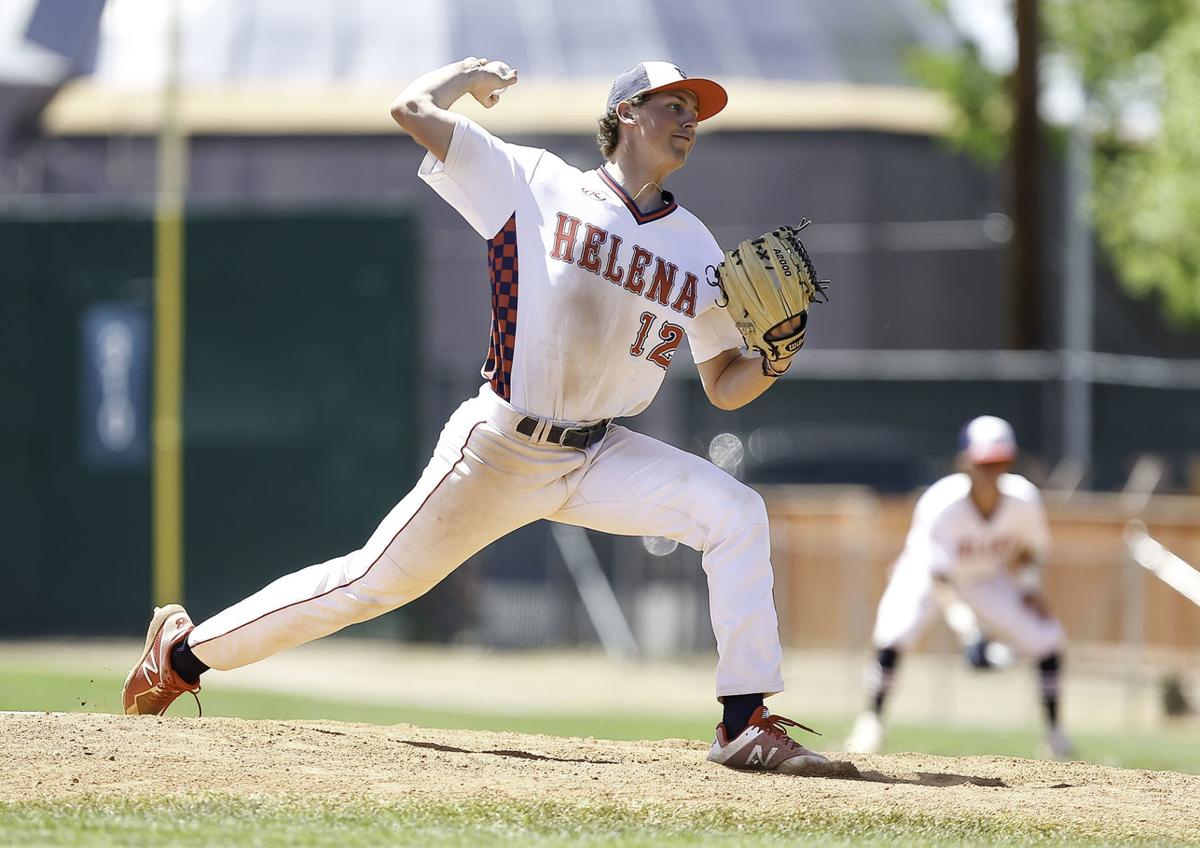 Chase Nielsen receives a pick-off throw at first base June 3 against Great Falls.

HELENA — The Helena Senators are off to a 10-6 start in the 2020 season. They've cooled off lately, but their 1-3 record in conference is not quite indicative of how they've been playing. In baseball, sometimes the other team gets a timely hit here or a favorable hop there, and that's the difference.

"We've been playing good baseball," says Helena coach Jon Burnett. "In all of our conference games we've played fine. We just haven't gotten the big two-out hit with runners on and that sort of thing."

At one point, Helena was 9-3. One reason for that hot start was Chase Nielsen.

"He's a big kid, you know, 6-foot-6," Burnett says. "But he's very athletic for his size. So out on the field he plays a good, solid first base. He pitches well. He kind of makes the tough plays easy with how long and athletic he is for his size.

"Chase is a kid we've watched grow ever since he was 14. He's really come a long way and we're excited about what he's got going on for his future. And then yeah, he's just a great teammate and a great kid to coach."

Nielsen has moved often during his life. He was born in Texas. He's also lived in Seattle, Washington D.C. and Pittsburgh before moving to Helena in the sixth grade.

He will be on the move again soon to attend Brigham Young University in the fall and majoring in computer science.

"I want to get a background in the software side of it, but I want to go into hardware engineering," he says.

Nielsen says he will be trying out for baseball when he arrives on campus. His cousins have been through the program and coach Mike Littlewood is familiar with his family.

The IR caught up with Nielsen for five questions before the Senators travel to Billings for a doubleheader Saturday starting at 5 p.m.

IR: Who was your favorite baseball player growing up and now? And what do you like about those guys?

CN: Growing up, it was definitely always Derek Jeter, but lately it's definitely been Christian Yelich. ... Just the energy they bring to the field and how they're capable of pushing their whole team.

IR: Do you have any pregame rituals or habits?

CN: So, let's see. I'll just walk you through. I have cleats for pitching and I have cleats for just regular playing, and I always have to make sure that I have my home batting gloves and my away batting gloves. I'm super superstitious. And then always, if I tape one arm, got to tape the other because it's got to be even. Always have to have the sunglasses on the hat, even if it's raining.

Also, a pregame ritual that I do is sign GWN in the dirt right after the National Anthem. Those are the initials of my oldest brother who passed away in the fall.

IR: Do you have a pump up song, or genre of music?

CN: You know, a lot of the guys listen to rap to get pumped up, but I'm definitely an 80's rock kind of guy.

CN: Let's see, Ethan (Keintz) might get mad at me for this. But when we were 12, me, Kadyn Craigle and then another kid who doesn't play anymore; it was the championship game of the city tournament, for Babe Ruth. Ethan was pitching (for the opposing team) and we were down ... and my friend, and then Kadyn and I, we went back-to-back-to-back off of him in the championship to take the lead.

IR: What are you going to miss most about the Senators?

CN: I'm definitely going to miss the bus trips and the staying in hotels with the team. That's always so fun.