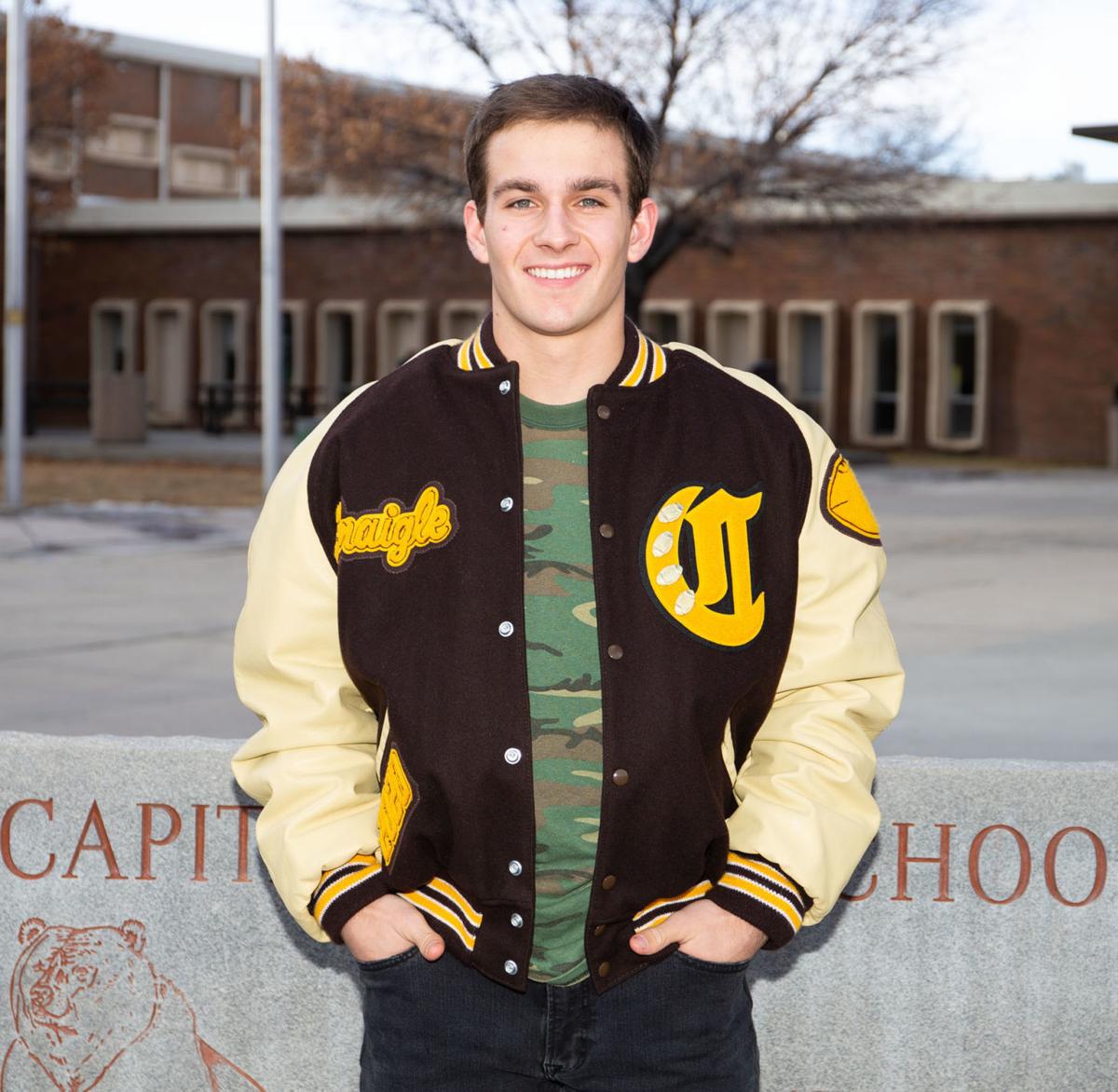 Kadyn Craigle outside of Capital High School on Wednesday afternoon. 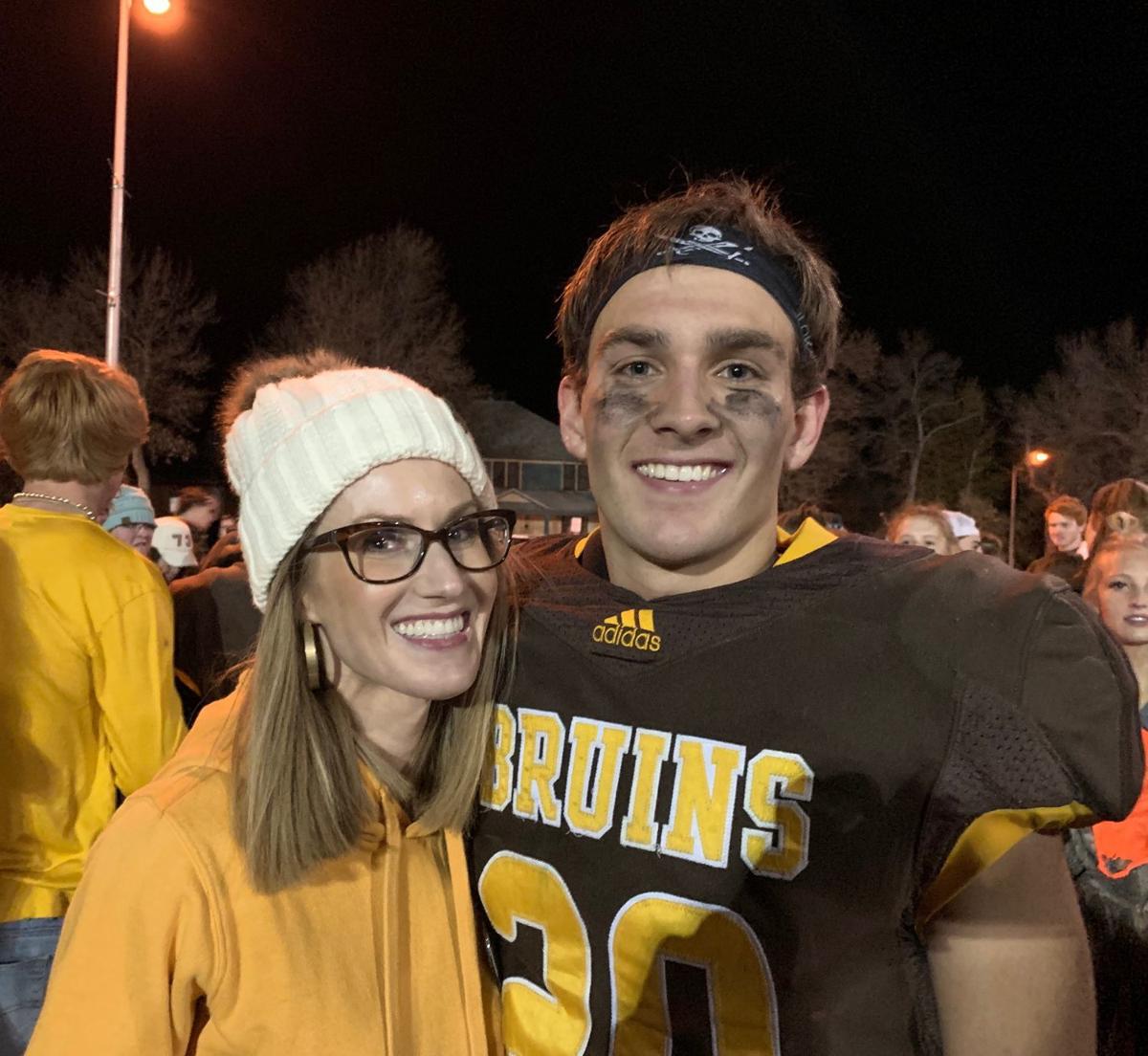 From left, Amanda Schendel and Kadyn Craigle pictured after a football game at Helena Capital.

Kadyn Craigle outside of Capital High School on Wednesday afternoon.

From left, Amanda Schendel and Kadyn Craigle pictured after a football game at Helena Capital.

HELENA — About four years ago, Kadyn Craigle attended a baseball camp at the Air Force Academy. It was there he decided that was where he wanted to further his education before serving in the United States military.

This goal would require him to buckle down in school, as well as go above and beyond the call to serve his community.

That dedication came to fruition Dec. 11, 2019, when he and his mother, Amanda Schendel, each received a telephone call from Sen. Steve Daines.

Schendel was driving home from work when she received the call and had to pull over.

“I had gotten a phone call, and Senator Daines told me who he was,” recalls Schendel. “I was just surprised, and I was like, ‘Well, this is Kadyn's mom,’ he actually called and asked for Kadyn. And I said, ‘Well, this is his mom,’ and he was so excited, it was really cool just to see and hear the excitement in Senator Daines' voice, how excited he was to be able to tell Kadyn himself.”

Schendel explains that Craigle — a two-time selection to the All-IR Team — listed her number on a few applications because he knew that he wouldn’t be able to always answer his phone. When Craigle received the news shortly after his mom, he was in the Capital High School library.

“I was really surprised, just because I thought that it would take a little bit longer than it did to, for them to figure out who was their principal (nomination),” says Craigle. “So, I was definitely very joyous and happy, pretty excited when it happened, when I got the phone call.”

In order to attend a service academy, each student must complete a lengthy and somewhat tedious application process. It starts junior year of high school with the pre-candidate questionnaire. If the student is deemed a candidate, they can then complete the actual application. From there they will be evaluated based on academic, leadership and athletic qualities they have demonstrated throughout high school.

A nomination from one of the senators or congressmen is also required, which meant Craigle had to fill out separate applications with the offices of Sen. Daines and Tester, and Rep. Greg Gianforte, before interviewing in front of a panel.

Craigle and Schendel received the news that Craigle was Sen. Daines’ primary nomination just one day after his interview.

“Kadyn is an exceptional young Montanan. I am confident he will continue to make Montana proud at the U.S. Air Force Academy,” Daines said in a press release. “I look forward to following Kadyn’s future accomplishments as he chooses to dedicate himself in service of our country.”

"Kadyn has already proven himself to be among our state’s best and brightest, and I have no doubt that he will continue to make Montana proud serving his country,” Tester said. “I look forward to following his continued success, and wish him the best of luck as he prepares for the next step in his journey.”

“From participating in Montana Boys State to his leadership on the field for the Capital High School football team to his membership in the National Honor Society, Kadyn has the background and character to thrive at the U.S. Air Force Academy,” Gianforte said. “I have every confidence he will represent Montana well and make us proud, and I wish Kadyn great success.”

In addition to Craigle’s accomplishments on the football field, perhaps more impressive is the time he is able to spend at Eagle Mount as a ski instructor. Per their website, Eagle Mount “opens up a world of adventures-skiing, horseback riding, swimming, camping, rock climbing, kayaking, cycling, fishing, and more — that foster freedom, joy, strength, focus, and confidence. Set under the beauty of Montana’s legendary big sky, Eagle Mount focuses on people’s abilities, while gently supporting their disabilities.”

Craigle, who rushed for nearly 1,200 yards during the 2019 season, discovered the program when he was looking for something to fill the community service requirement for the Academy. The requirement has been satisfied but he is still a committed volunteer.

“It's definitely a good feeling doing that, and I mean, it is fun,” Craigle says. “I like skiing as it is, so, it's fun being able to give back to the community and make somebody else smile, but also have fun while you're doing it.”

Craigle, who had 10 rushing touchdowns for the Bruins during his senior season, must fight off the dreaded “senioritis.” While many students can succumb to the temptations of coasting through the final months without repercussions, that is not the case for Craigle.

“I read a book, and it said that most seniors take their senior year off and take easy classes,” he explains. “But (Sue Ross) highly recommended against that and said that at the Air Force Academy, it's going to be harder, so, take as hard of classes as you can. So, that's what I've been doing.”

Craigle will tell you himself that he thrives in a structured environment, and that’s just another part of the Air Force Academy he found appealing. After he finishes his degree in Colorado Springs, Colorado, he aspires to fly fighter jets — specifically F-22s and F-35s. Once he is finished doing that he wants to attend law school.

“I just can't see, wait to see where life takes him,” Schendel says. “I mean, he really is just … he just puts his whole heart into everything and he works really, really hard. Probably harder than, I mean, harder than I ever worked, and harder than anyone I've ever known. I mean, just, when he sets his mind towards something, he is going to achieve it, you know? So, I just can't wait to see what he'll do. I mean, there's no doubt in my mind that he'll get his pilot's license, and he'll become a lawyer, or whatever, whatever it is that he wants to become.”

For the Capital wrestling team, there was no better way to cap off senior night than with a win over Helena High or a pin by Zane McCormick.