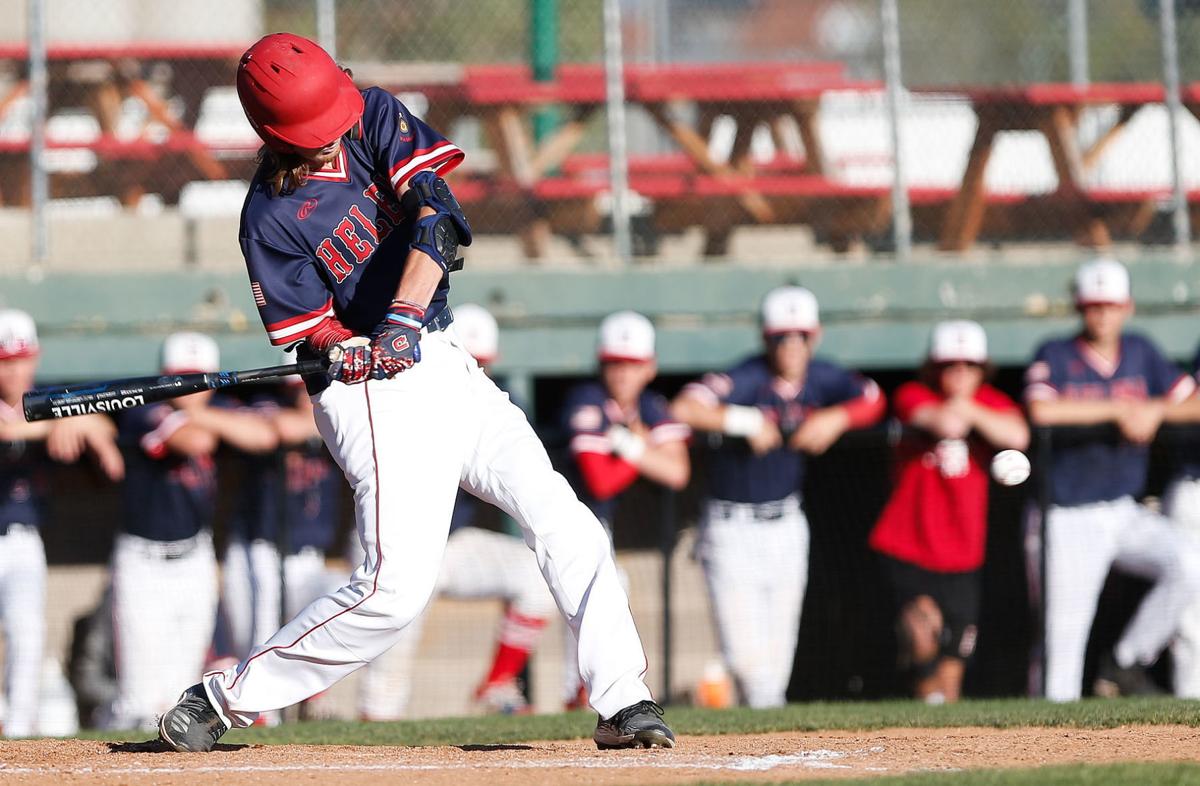 Ethan Keintz connects on a double to the right-center field gap to score a pair of runs Wednesday night in Helena. 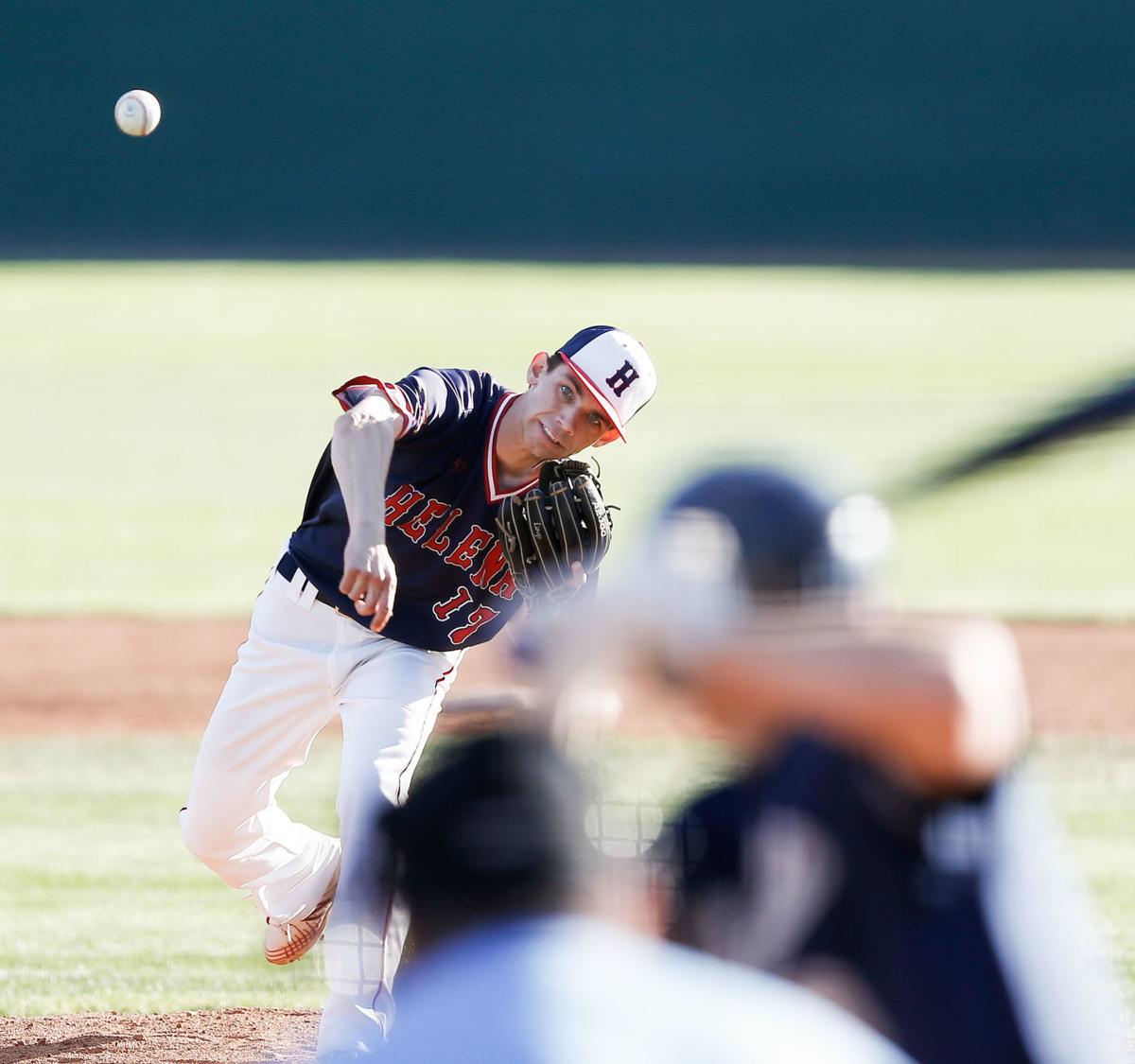 Ethan Keintz connects on a double to the right-center field gap to score a pair of runs Wednesday night in Helena.

HELENA – The Senators continued to beat up AA Missoula pitching and starter Hunter Lindgren dazzled in his first start of the season as Helena defeated the Mavericks 8-5 on Wednesday night at Kindrick Legion Field.

Helena has scored 18 runs in two games against the Mavs. Wednesday it was the middle of the order that did most of the damage for the Senators (3-2). Ethan Keintz, Chase Nielson, Kadyn Craigle and Caden Sell combined for five hits (four for extra bases), six RBIs and three runs scored. The Sens tallied eight hits and received six free passes from Mavericks pitching.

"Well (control) has been our nemesis all year," said Missoula coach Brent Hathaway. "Throwing strikes, working ahead ... pitchers need to do a better job of getting on the hill and competing. We'll figure it out. We're five games in and it's a long season. So we'll be OK."

A four-run third and a three-run fourth by the Senators doomed Missoula. After a four-pitch walk to Cy Miller leading off the third, Peyton Witham punched a ball into right field to set up runners at first and second with no outs. Matt Krieger laid a textbook bunt down the third base line and after Mavs third baseman Dane Fraser fell down trying to field the ball, everyone was safe. With the bases loaded and nobody out, Keintz split the right-center field gap to score two runs. Nielson knocked in another run on a ground out to shortstop to make it 5-1 Helena.

Nielson had the big hit during the following inning to break the game wide open. His double to deep left-center scored two runs to make it 8-1.

Helena's comfortable lead allowed coach Jon Burnett to extend his starting pitcher. Lindgren pitched his longest outing out the season and pounded the strike zone nearly the entire time, much to the delight of Burnett.

"He was good," said Burnett. "The thing I liked the best was when he did walk those two guys in the fifth, he bounced right back and got back in it. So he kind of had a chance to maybe hang his head and let it affect him, but he came back and attacked the next guy and got out of the inning."

In his team-high second win of the season, Lindgren allowed four earned runs over five innings. He walked three, struck out three and scattered five hits.

Missoula made it interesting late. Bridger Johnson's double down the left-field line made it 8-4 Senators.

In the top of the sixth, Ayden Markovich singled home Connor Jordan to make it 8-5 Helena. Markovich was a solid 2-for-3 with an RBI and a run scored.

The Mavs had a runner on second in the top of the seventh, but Victor Scott was able to shut the door and secure the win for the Senators.

Missoula had a brief lead as it drew first blood back in the second inning thanks to back-to-back doubles by Charlie Kirgan and Johnson to open the frame.

Helena answered back immediately with some small ball. After Sell hit the first of his two doubles down the left field line, he was able to read a pitch in the dirt and swipe third base with one out. Tyler Tenney moved him home with a ground-ball out to second.

"(Sell) had actually missed – two pitches before that – a ball in the dirt," Burnett said. "He made the adjustment and got the read down, and kind of pushed the envelope there. And because he made it to third base we got that run. That was good; that's what we teach."

The Senators will be in action next against the Bozeman Bucks on Saturday at 1:30 p.m. in Bozeman.

Missoula Mavericks down Kalispell, second game of doubleheader rained out