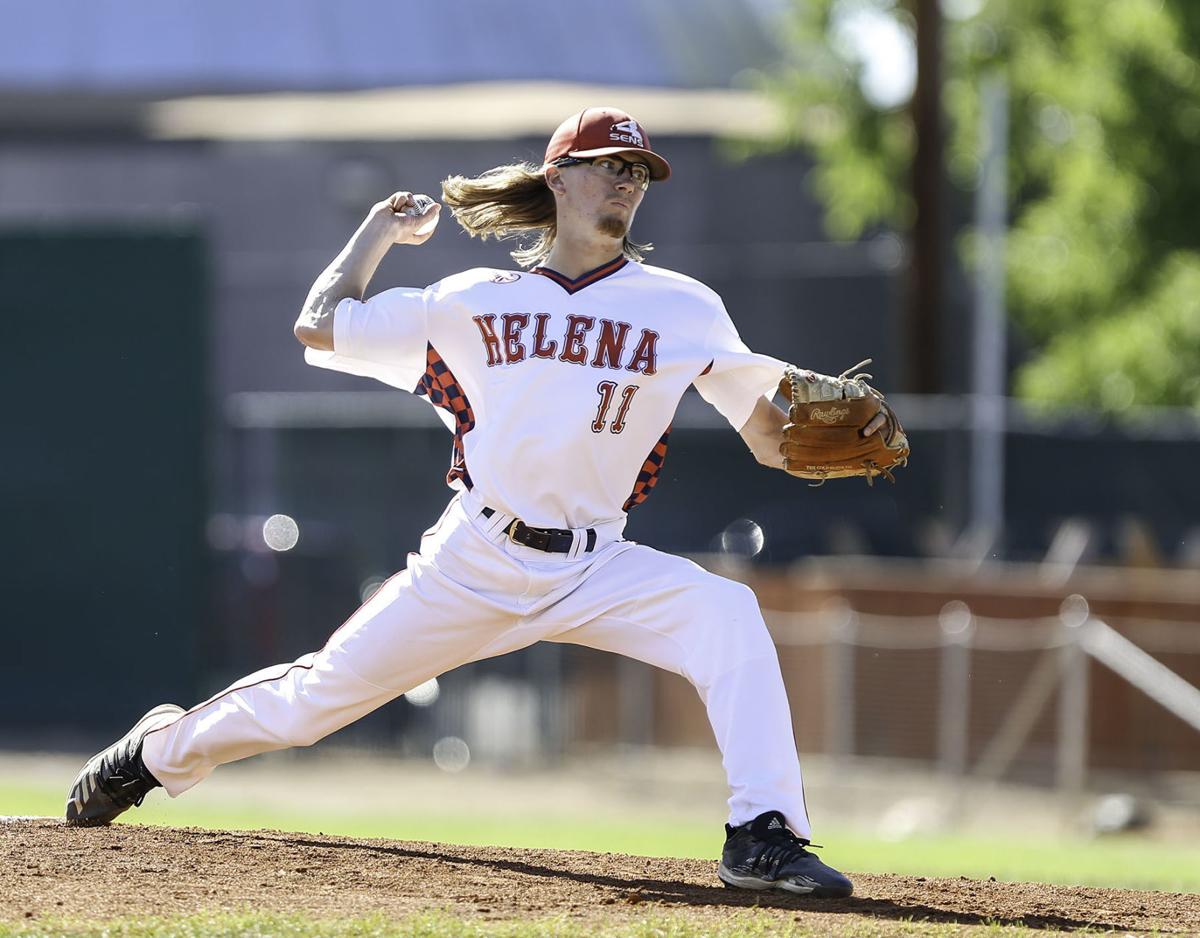 Ethan Keintz delivers a pitch against the Billings Royals on Saturday in Helena. 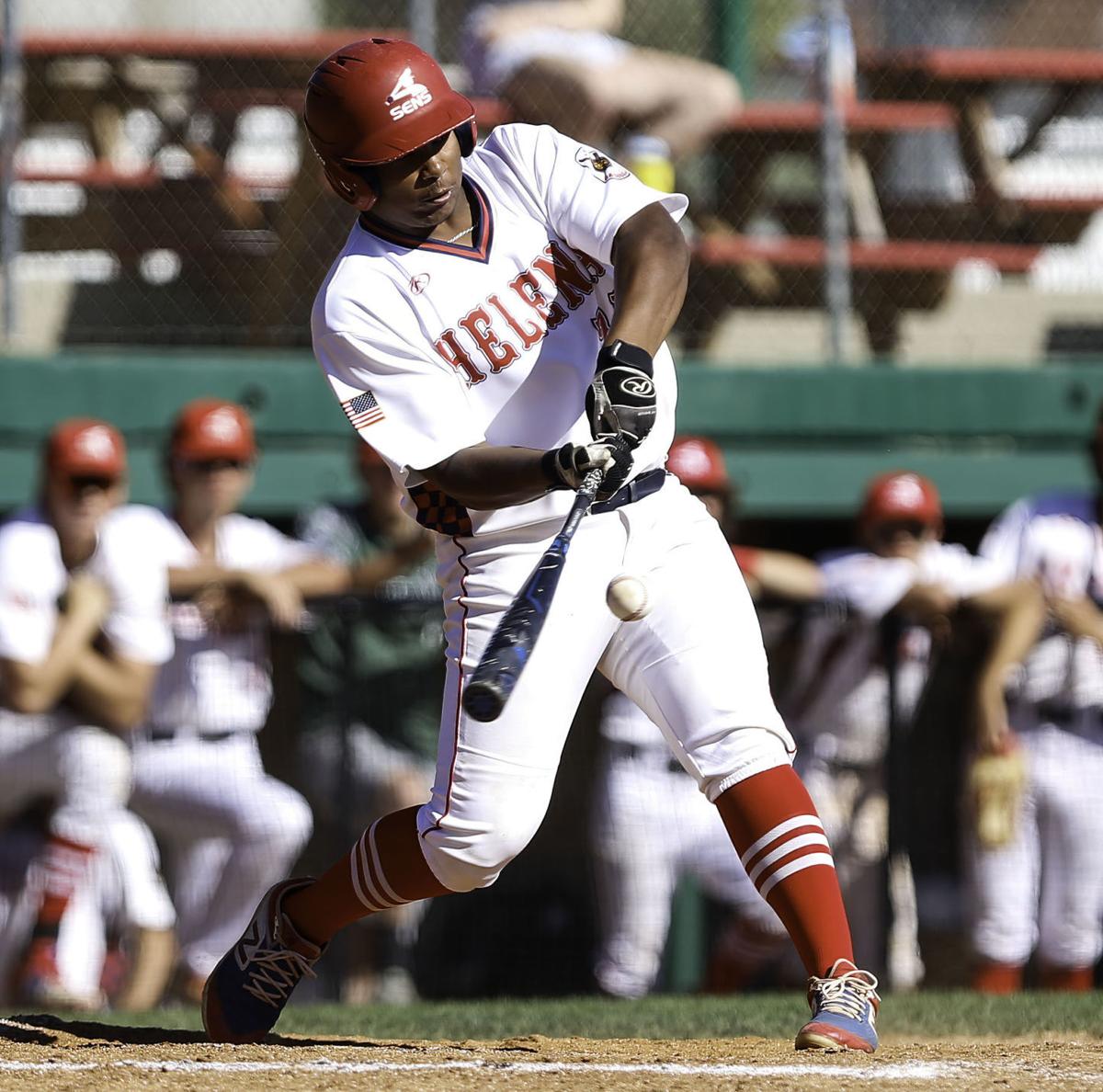 Forrest Suero punches a ball to right against the Billings Royals on Saturday at Kindrick Legion Field.

Ethan Keintz delivers a pitch against the Billings Royals on Saturday in Helena.

Forrest Suero punches a ball to right against the Billings Royals on Saturday at Kindrick Legion Field.

HELENA — It's unusual for a team's offense to be described as "versatile." Either they gravitate toward small ball or they tend to be a team that hacks away. On Saturday night at Kindrick Legion Field, the Senators' hitters did not fit just one mold. They showed their versatility in a doubleheader sweep of the Billings Royals, 8-5 and 11-1.

"Two big conference wins for us," said Helena coach Jon Burnett. "We're getting down near the end of the season, so any wins we can get are good wins."

The twin bill saw Helena bunt the Royals to death in one game, and then barrel up almost everything in the next game.

During the Senators' seven-run third inning in the first game, Helena reached first base safely on two sacrifice bunts and once on a squeeze play. It also manufactured a run with a sac fly and an infield single.

"That first game we did just enough," Burnett said. "We played a little small ball; we needed to."

Victor Scott provided the back-breaking blow, a three-run double down the left-field line with two outs during that big third inning.

In the second game, six different Senators had RBIs and almost every hit was a laser beam.

"That second game we came out and swung the bats well," Burnett said. "We played well in all three phases of the game.

"Some of the arms weren't quite as hard as we'd been seeing, velocity-wise. I thought our guys did a good job of taking what the pitchers gave us; going with pitches, hitting them the other way and that sort of thing. We weren't getting too greedy out there."

Almost overshadowed by the offensive clinic was Nielsen's gem on the mound. In a complete-game victory, he struck out seven, walked one, gave up two hits and surrendered one run over six innings.

The Senators (9-7, 27-13) will host the Royals in another doubleheader Sunday. First pitch is at noon.

"Two wins tonight is great, but it's kind of what I preach; if we can go on the road and get a split, we're happy with that," Burnett said. "So we've got to come out ready to play and try to get that first one, and keep them from getting a sweep from us tomorrow."