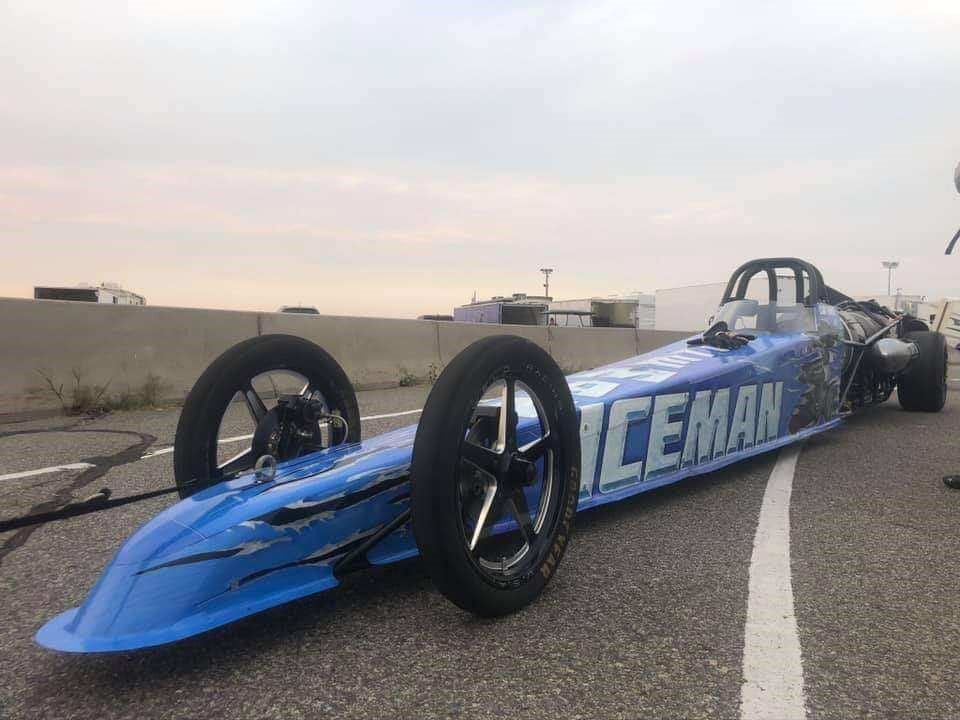 Curt White will be competing in his jet car at Yellowstone Drag Strip on Saturday. 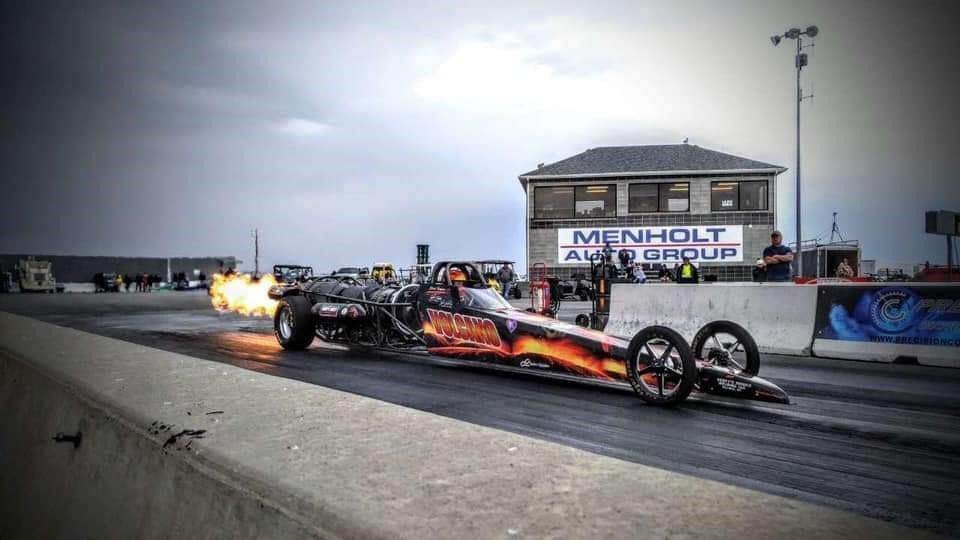 Chuck Haynes will be competing in his jet car at Yellowstone Drag Strip on Saturday.

Curt White will be competing in his jet car at Yellowstone Drag Strip on Saturday.

Chuck Haynes will be competing in his jet car at Yellowstone Drag Strip on Saturday.

After a successful season-opening Ed Randash Memorial on May 28-29, McCarthy is hoping to mark his 10th year at the track with a bang and said “our schedule will be awesome if the weather allows.”

This weekend, McCarthy was pumped up for action on Saturday and Sunday, with Saturday’s lineup including the local jet cars of Curt White and Chuck Haynes.

McCarthy said the jet cars will go off side-by-side at approximately 4:30 p.m., 7 and 9:30 on Saturday. Haynes has the jet car track record at 303 miles per hour in the quarter mile, added McCarthy.

“Instead of having an engine and drive train it has a jet engine in it and thrusts the car down the track,” McCarthy said. “It doesn’t spin the tires, it just uses the thrust of the engine.”

The gates open up at 8 a.m. on Saturday and qualifying is at 11. Eliminations begin at 4 p.m. Classes running on Saturday are the Junior Dragsters, High School, Motorcycles, Pro, Super Pro, Sportsman, Top Gun and the Jet Cars.

On Sunday, the gates open at 8 a.m., qualifying is at 10. and eliminations begin at 1:30 p.m. The Junior Dragsters, High School, Motorcycles, Pro, Super Pro, Sportsman and Top Gun classes will be contested.

Overall, there are eight weekends of racing left at YDS.

“By far the biggest show” will be the NHRA Lucas Oil Regional Doubleheader the last weekend of August, McCarthy said. He added, “Every race is a pretty big one this year.”

Another highlight event is the Big Sky Nationals July 23-25.

McCarthy noted the track is promoting its “Pave the Way” fundraising efforts to have the last two miles to the facility at 8405 Raceway Lane in Acton paved.

Action at both Yellowstone Drag Strip and Big Sky Speedway.