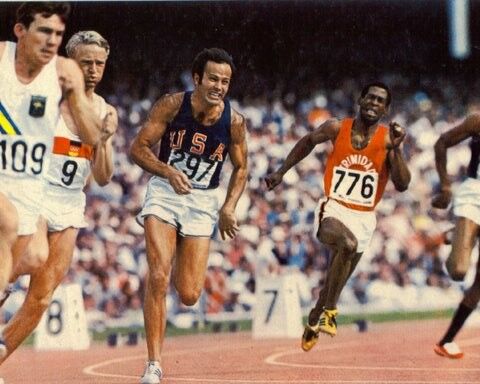 In the 1960s, Livingston native Larry Questad was one of the fastest humans in the world. 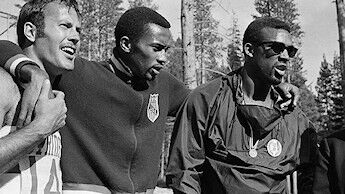 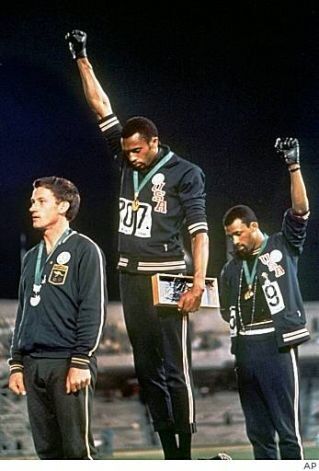 In the 1960s, Livingston native Larry Questad was one of the fastest humans in the world.

BOZEMAN — Livingston native Larry Questad, once known reluctantly as "the fastest white man in the world" and the third member of the 1968 U.S. track and field 200-meter team infamous for its Black Power salute at the 1968 Mexico City Olympics, died Thursday in Boise, Idaho. He was 77.

Lifelong friend Don Cowles of Bozeman said Sunday he was with Questad when he died in a Boise hospital after a short bout with a lung infection and pneumonia.

"It was very peaceful," Cowles said.

Born and raised in Livingston, Questad was an exceptional athlete from the get-go. Cowles remembers first noting his extraordinary speed during a youth league baseball drill where he scored from first base on a single to right field.

But it was track where the 1995 MHSA Athletes' Hall of Fame inductee excelled most.

In the early 1960s, Questad was consistently ranked among the top two to five sprinters in the world — and, though he never viewed it through that lens, the fastest white man. Cowles said he doesn't remember the origins of the tag, though he suspects it's because in the rare moments Questad lost it was only to a Black sprinter.

Questad was just a hair behind the world's fastest human, "Bullet" Bob Hayes, who would go on to play football for the NFL's Dallas Cowboys.

"People would always say, 'There's Larry Questad, the fastest white man in the world!', and he didn't like it," Cowles said. "He was one of the fastest humans on the face of the Earth for five years. That's the way he looked at it.

"He never embraced it, never talked about it. He didn’t really like it at all because there was no racism. He was out there just competing against a bunch of other runners. It didn’t make any difference what their skin color was."

"The only person I knew was faster than me was Bob Hayes, and I'd been pretty close to his hip pocket," Questad told The Billings Gazette in a 2014 interview.

A pulled hamstring at the Olympic Trials derailed the dream and he contemplated retiring. But he returned to running at Stanford, where he won an NCAA championship in the 100, and after a brief hiatus from the sport to earn a master's degree from Southern California in 1968 came back to qualify for the Mexico City Olympics.

Questad was the only white sprinter on what is widely regarded as the greatest track team ever assembled when he finished a disappointing sixth in the 200 meters in the tumultuous summer of 1968. After the race, he sat in hurt and anger in the 15th row of the bleachers at Mexico City's Estadio Olimpico Universitario when Tommie Smith and John Carlos raised their gloved fists during the national anthem after the two won gold and silver in the fastest 200 ever.

"It was horrible, an embarrassment for everybody," Questad recalled in the 2014 interview. “I find it a very strange thing. I was the only white sprinter, and I thought they would’ve sought me out. They might find out there was a difference of opinion of what was going on. For some reason, nobody ever did. I was the wrong color.”

Said Cowles: "Larry was totally disgusted. He never really talked about it, but he was really upset they'd do something like that to diminish the experience of competing in the Olympics."

After the Olympics, Questad retired from the sport for good and took his engineering degree from Stanford and master's in business administration from USC to IBM, working in Raleigh, North Carolina, San Antonio, and Princeton, New Jersey, for a combined decade before settling in Boise.

In 1994, when IBM shuttered the Boise business and wanted to send the Questads to Salt Lake City, he took early retirement. He eventually purchased a business called Superior Steel, which is now run by his two sons, Christian and P.L, a 2011 Montana State graduate.

Questad regularly attended reunions of the '68 Olympic team, including a 50-year anniversary in Colorado Springs, Colorado, two years ago. Time has healed some wounds and he eventually rekindled his friendship with Smith, though Carlos has remain estranged.

Cowles said he has much of Questad's memorabilia from his running days, including the jersey, cleats and bag from the Olympics. He confirmed that it always pained Questad that his records from Park High were expunged from the Montana High School Association record books when the sport converted to meters from yards.

"That's just not right," Questad, who has wanted to donate his trophies to Park, later said. "I just think it should be there."

In the past decade, Questad suffered from Parkinson's disease. He was able to manage it, Cowles said, but he was stricken with a lung infection two weeks ago and it progressed to pneumonia, requiring a ventilator. On Wednesday, Questad's kidneys began to fail.

On Thursday, he was removed from the ventilator and he died within minutes with family and friends at his bedside, Cowles said.

Cowles said Questad always wanted to be cremated and have some of his ashes placed in the Livingston cemetery where his parents are buried. Cowles said Questad's wife, Liz, is planning a memorial service in the spring or summer in Livingston, where the two athletes spent summers off from college delivering milk and cheese.

"We lost a great one," Cowles said.

50 years ago, Livingston native — once the world's fastest man — had front-row seat to teammates' raised fists

Editor's note: Tuesday was the 50th anniversary of the night when sprinters John Carlos and Tommie Smith raised fists with black gloves during…