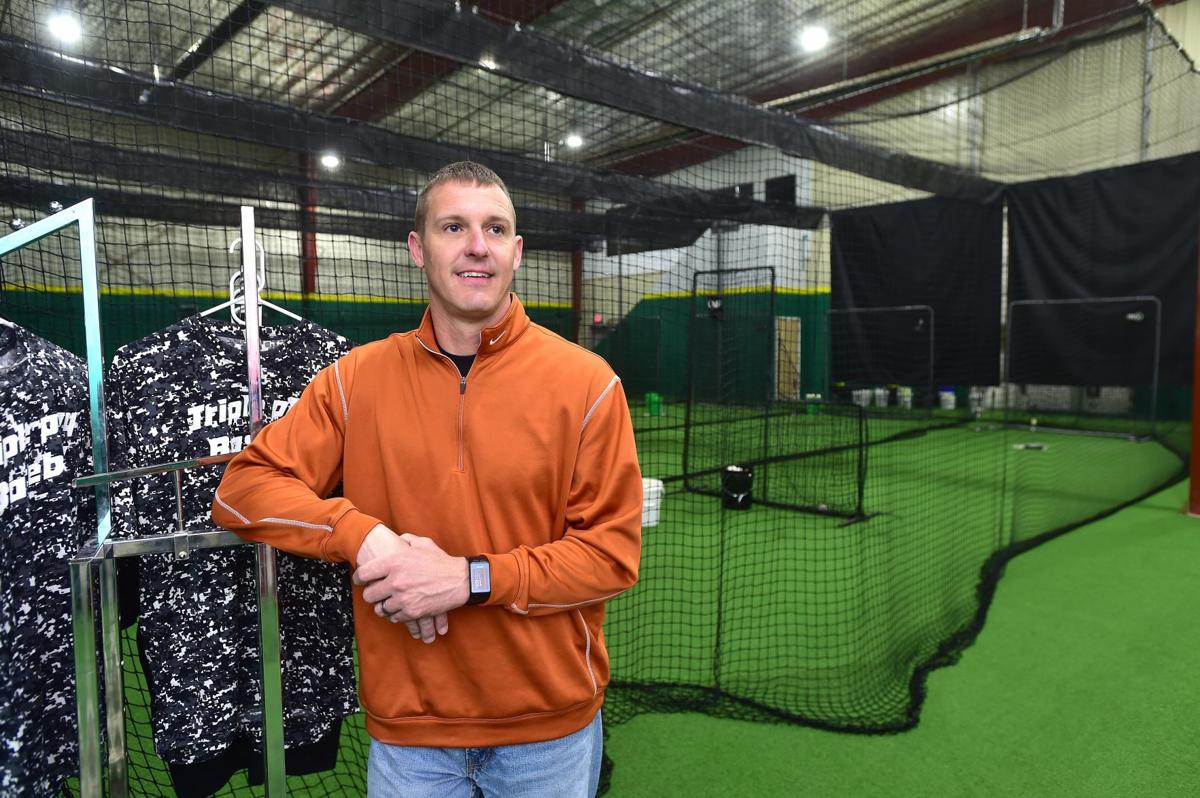 Billings Scarlets coach Adam Hust is the general manager of Triple Play Academy, located at 2795 Enterprise Ave. Suite 3. After previously operating at another location, the TPA opened at its new location on Feb. 26. 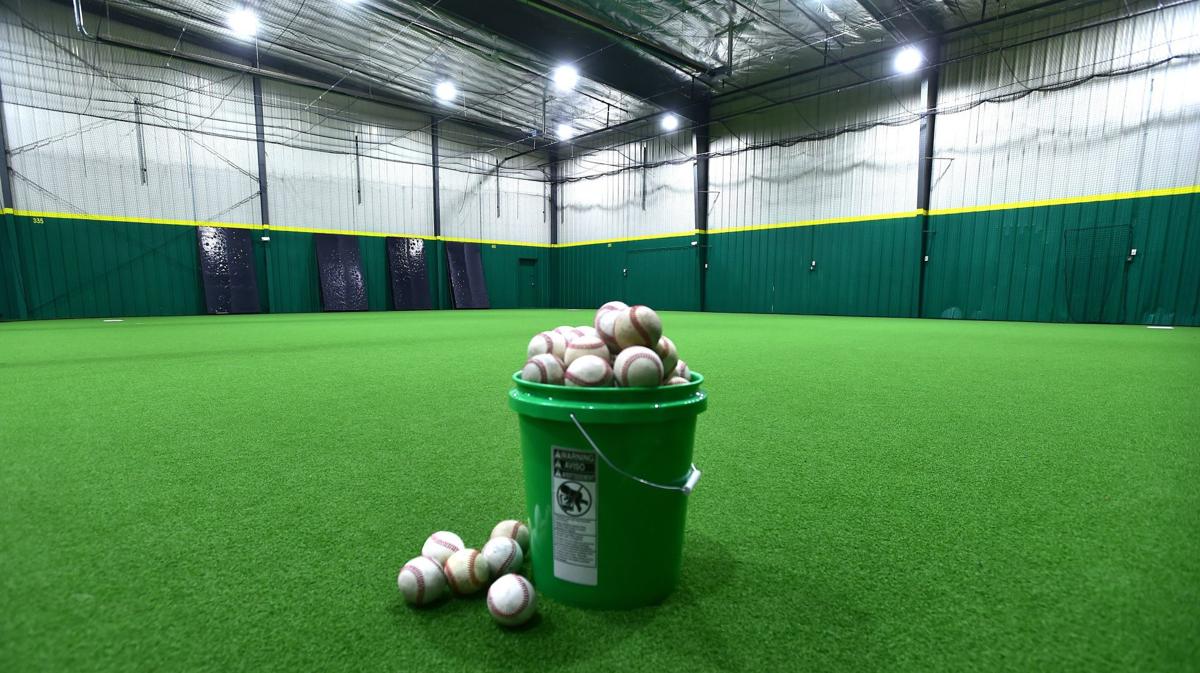 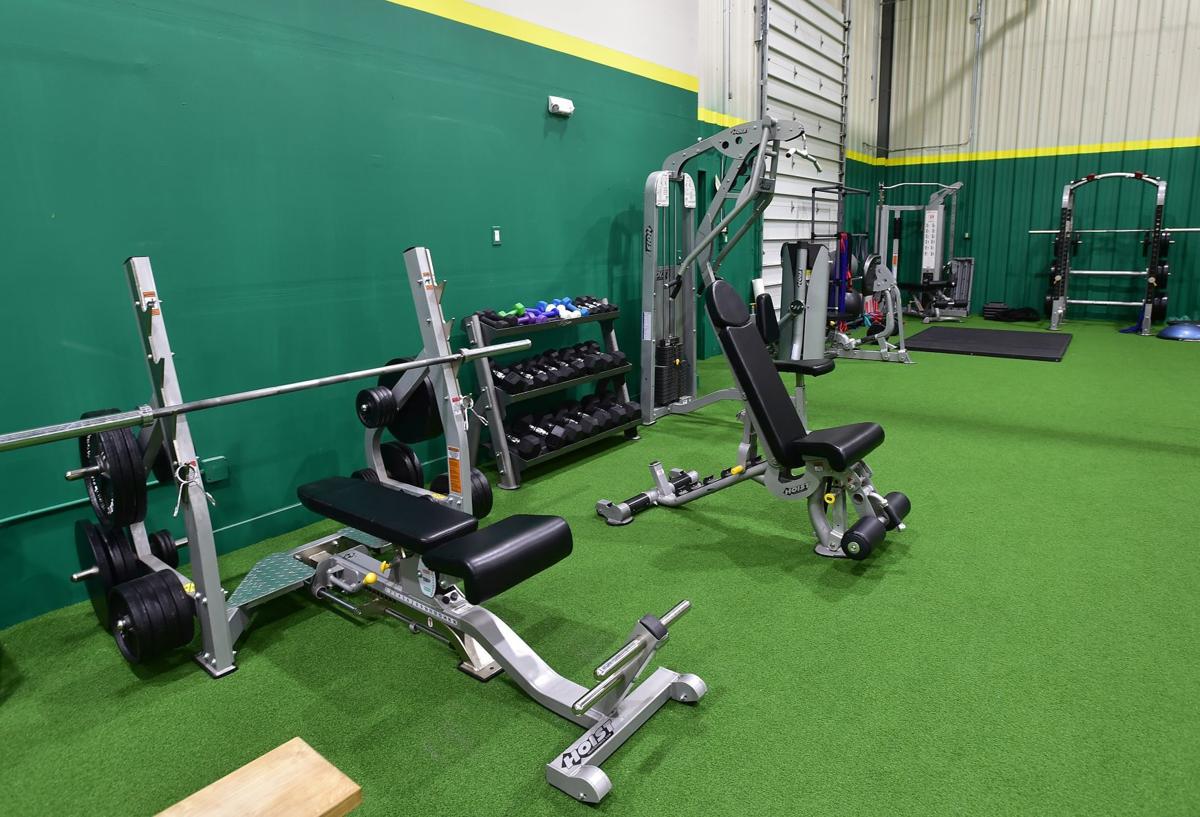 Weights and machines wait for players at Triple Play Academy at 2795 Enterprise Ave.

Billings Scarlets coach Adam Hust is the general manager of Triple Play Academy, located at 2795 Enterprise Ave. Suite 3. After previously operating at another location, the TPA opened at its new location on Feb. 26.

Weights and machines wait for players at Triple Play Academy at 2795 Enterprise Ave.

BILLINGS — When Adam Hust was a player for the Billings Scarlets in 1992 and '93, the team would work out at the Lockwood school gym in the winter and early spring.

On Monday, Hust recalled his coach Dennis Maggert would arrange for the team to work out at the school, where "we'd go up to the gym and run the hallways. It was very small and limited, but we did get to throw and run a lot."

Hust, who has been the Scarlets coach for 12 years and was an assistant before that for three seasons, said the offseason work helped the Scarlets perform once the American Legion baseball season began.

Now, 26 years later, the Legion players have a new indoor facility, as after four years at its previous site a month ago, Triple Play Academy moved to a new a location at 2795 Enterprise Ave. Suite 3.

"For the Scarlets and Royals, the offseason starts in November or December and we train until we get outside in March," Hust, who doubles as Triple Play's general manager, said. "We utilize the equipment to get the kids stronger and faster and ready for the upcoming season.

"We have a place to train. We have one of the best, if not the best, indoor facilities in the Northwest. There are not many high school teams that have this. Our kids can come in and work on their skills. We are not in a warm-weather climate, so kids can't work outside all year on their skills and game. But what we have now, we can get pretty close."

Triple Play Academy, owned and operated by Billings American Legion Baseball, is a 12,000-square-feet indoor facility that features five 55-foot batting cages and a separate infield and bullpen area. Space is also set aside for free weights and machine weights. In the infield and bullpen area, players can participate in live batting practice and "we have enough room for infield drills and bunt defenses and can make it as real as possible being inside," said Hust.

The floor is lined with green, padded turf and the paint scheme on the inside walls of the building is green with a yellow stripe on top to look like an outfield wall, said Hust.

"It looks like a baseball facility and gives you a nice, dark backdrop to see the baseball safely," Hust said of the paint.

At the new @TripPlayBasebal with GM Adam Hust, who is also Billings Scarlets coach. #mtscores pic.twitter.com/RbzLhNtgkt

A flight of stairs leads to a conference room and viewing area that overlooks the batting cages. Parents can watch their children take batting practice from the lounge. The room is also used for BALB board meetings and can be rented for conferences or birthday parties.

Video analysis is available, where staff can "analyze swings, throwing motions and the mechanics of throwing and hitting," Hust said.

Part-time instructors, which are former collegiate or professional players, are available to offer one-on-one instruction.

Hust said that the facility offers memberships. Space can be rented for teams to work out. Some have rented space for birthday parties, where there is enough room for games such as dodgeball.

The old Triple Play facility was not large enough to accommodate current needs.

"More space, with having five Legion teams now with the Scarlets, Royals, Cardinals, Blue Jays and our Post 4 B team, we've grown and we started travel baseball and softball out of here for ages 9 to 14," Hust said. "We have nine Academy teams right now; eight baseball teams and one softball team."

While plans are in the works to display trophies the Billings Legion teams have won over the years, a painting that used to be displayed at Cobb Field now hangs at TPA where one enters the door to the facility. The original oil painting is of a Scarlets and Royals game being played at Cobb, which no longer exists and was replaced by Dehler Park. The painting is by Chuck Kneib and it was done in the early 1990s, said Hust.

This unique oil painting is the first thing you see @TripPlayBasebal . GM Adam Hust visits about the Scarlets vs. Royals painting from the old Cobb Field. pic.twitter.com/xxBAsAcfHk

And while the Legion players and Academy travel teams have been using the facility, a group of high school girls soccer players has trained there. With the extended winter Billings experienced, plenty of Little League teams rented space.

"With the winter we've had and the snow and spring we've had, representatives from almost every Little League in town either ran their tryouts here or rented space from us for practice," Hust said. "Right now we have a full schedule."