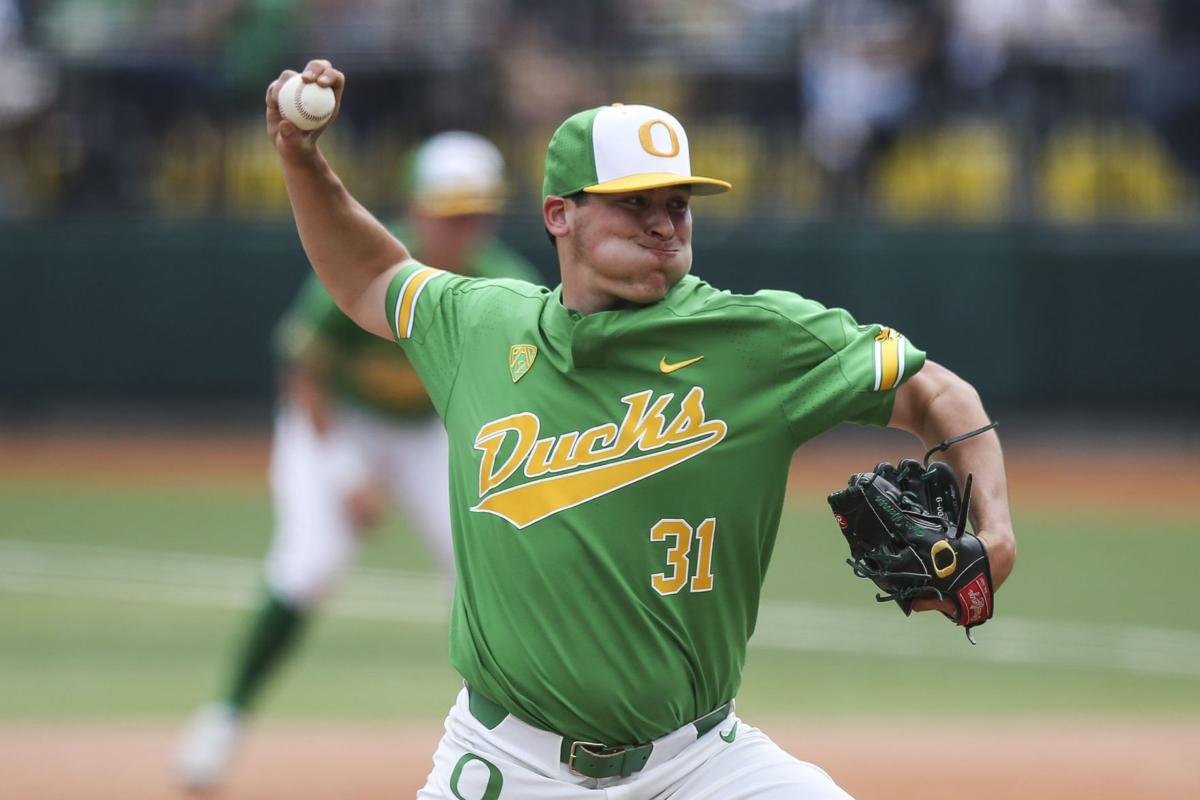 Brac Warren uncorks a pitch while at the University of Oregon in 2016. Warren, a Rosebud native who went to high school in Miles City, pitched Wednesday for the first time in two years, making his professional debut with the San Francisco Giants' Arizona League team. 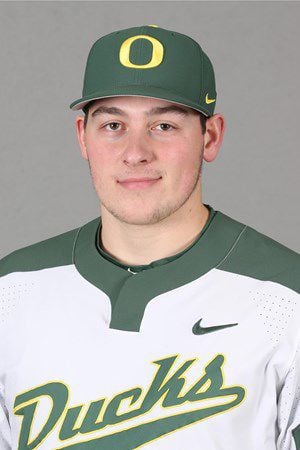 Brac Warren uncorks a pitch while at the University of Oregon in 2016. Warren, a Rosebud native who went to high school in Miles City, pitched Wednesday for the first time in two years, making his professional debut with the San Francisco Giants' Arizona League team.

Then consider this as you stride to the pitching mound: You haven’t pitched in two years, thanks to a year off from a painful herniated disc and another year off from Tommy John surgery on your money arm and then further exasperating delays due to a sore hamstring, sprained ankle and, finally, a tender shoulder.

First pitch thrown competitively in over two years. Wouldn’t have missed it for anything https://t.co/EgqkyX26BY pic.twitter.com/P6zrZdy1Td

All of that washed over the Rosebud native’s mind as he took to the hill Wednesday for the San Francisco Giants’ AZL Orange rookie league team in Scottsdale, Arizona, for a prescribed inning of work.

“I got kind of nervous, honestly,” Warren, 23, said by phone Saturday, a day before his second scheduled inning of comeback work. “But I was pretty excited, too. I was really just happy to be in a game — for all 12 fans or whatever it was. I didn’t care. I was excited. I definitely thought, ‘This is my opportunity’.

“It was a long time coming.”

One pitch, though — Warren’s first as a pro two years after the Giants drafted him in the 17th round out of the University of Oregon — was all it took to get down to the business of baseball. The hitter swung at his first offering and grounded out to shortstop, signaling a 1-2-3 inning and a new beginning.

“One pitch, one out,” he said. “I thought, ‘OK, this is easy’. I tried to settle in and focus on what I’ve been working on in the last year to year and a half with mechanics. I got a little tired toward the end of the inning, but that happens.”

The most enthusiastic — and relieved — of those 12 people in the bleachers were his parents Lafe and Wendy Warren, who journeyed from Miles City to see his first two outings.

“Lafe and I were very excited for him,” said Wendy Warren, also the president of Montana Baseball. “He has put in a lot of work dealing with his injuries to finally be able to get on the mound again. We couldn’t be more proud of him.”

Warren, a dominating 6-foot-4 right-handed pitcher for the Miles City Outlaws while at Custer County High School, traces his injury struggles to 2017 and his junior year as a reliever at Oregon. In part because of what he describes as a “herky-jerky” delivery, his back began nagging him just as the season began.

Warren decided to pitch through it, getting injections and physical therapy throughout the season to offset the pain, fearing that if he didn’t pitch he wouldn’t be drafted. He tossed 23.2 innings, striking out 28, and ended the year with 61 career appearances, ninth most in Oregon history.

“They knew,” he said of his back and the Giants, who had a scout bird-dogging him. “They talked to me about it and asked me how it was going leading up to the draft. But they still took me, which I don’t know how many teams were willing to take me considering my medical issues. Just getting drafted was a blessing.

“The Giants were probably the best team to take me with what they’ve done after the fact.”

Indeed, Warren said the organization encouraged him during the year it took to recuperate from the herniated disc. Then, with the back finally healed, in a simulated game during extended spring training in 2018 he felt a shooting pain in his right elbow after throwing a fastball.

“At that point I knew,” he recalled. “It was tough pain.”

Warren remembers throwing 10 more pitches, but that was the end. On April 27, 2018, he had the ubiquitous Tommy John surgery, a procedure in which a healthy tendon from an arm or leg replaces a damaged ligament; it is named for the first pitcher to have the surgery, in 1974.

“I was pretty down in the dumps about that, too, just because of the back thing,” Warren said. “And then to get elbow surgery, which was another year ... that was kind of a bummer.”

Warren admits he even wondered if the Giants would give up on him. He was a 17th-round pick, and prospects are constantly churning through a system that doesn't wait.

But they didn't. Just the opposite.

"They were really good," he said. "They reminded me to stay positive. They were working with me every day. I know a lot of teams fear injury-fatiguers and probably give up easily.

"I never felt like they hung me out to dry with rehab."

Warren spent the early part of recovery working on strengthening his physique. In October, he played his first games of catch and with the Giants’ help immediately began refining his delivery to eliminate the motion he believes contributed to his back issues.

Two months after that he had his first bullpen sessions, another two months later he finally got to uncork his 95-97 mph fastball, and then it was time for rehab games.

Some pitchers return from Tommy John surgery within a year. In Warren’s case, with the hamstring and the ankle and the shoulder, it was slightly longer.

Did the thought of reinjuring his arm enter his mind once he finally threw hard? A little, he concedes.

“There’s some times in the throwing process I’d ramp up in the bullpen and I’d kind of be a little nervous,” he said. “But once I’d throw at higher intensity, and the arm felt good, I got the confidence back.

Less than two weeks ago, Warren “graduated” from rehab. His physical therapist with the Giants told him he’d be making his debut in a few days, on Wednesday.

He’ll pitch again Sunday, and he has one more one-inning stint scheduled before the regular season ends; his team has clinched an Arizona League playoff berth, so Warren says he might also get a fourth outing before shutting down for the winter.

After that? The prognosis is unclear.

“I think their goal is for me to get through the season feeling good and healthy and then figure out what to do with me,” said Warren, whose younger brother Cade pitches at Oregon State. “They haven’t told me what I’ll be doing after the season, if anything. I’m just trying to get through these next three games.”

Warren said he’s trying to increase his fastball to 98-99 mph and is working on adding a splitter to a pitching arsenal that includes a formidable slider. While working on mechanics he said he’s also trying to master his control with all his pitches.

All that aside, if you're Brac Warren, for the moment you're just happy to be striding to that mound after two l-o-n-g years.

“It felt really good,” he said, “to finally get back out there.”

BILLINGS – Christmas Day was like most days for Caleb Frare and Brac Warren.