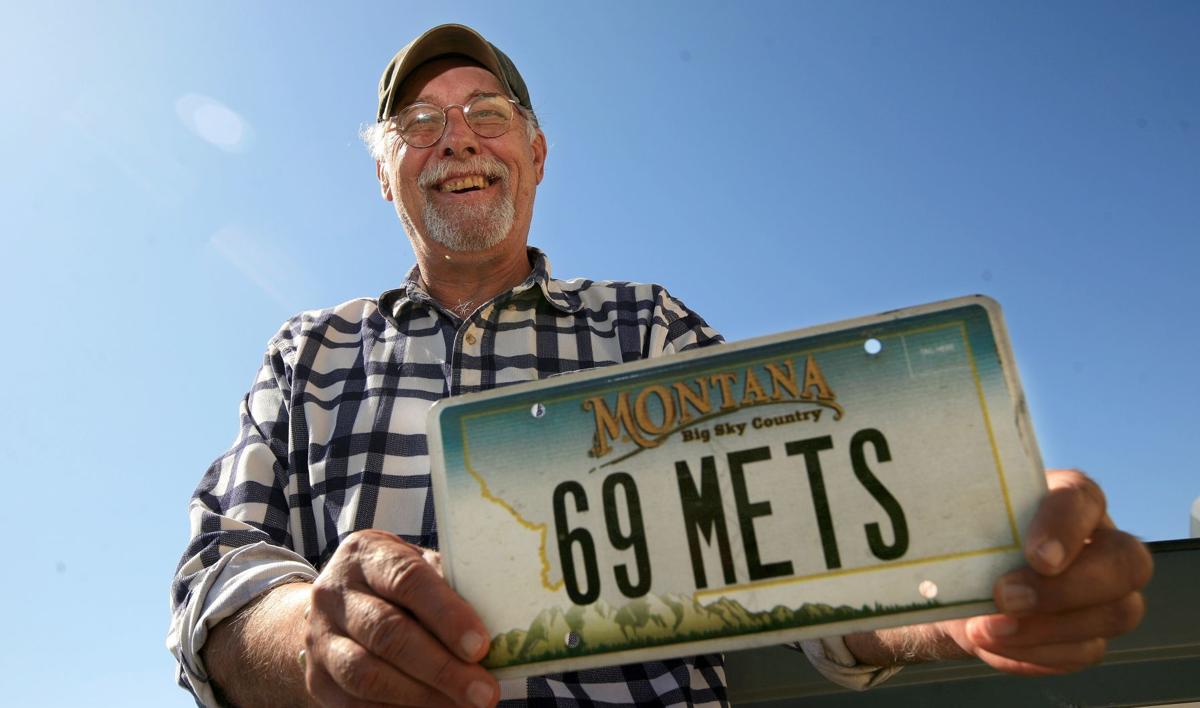 For many years, former New York Mets pitcher Les Rohr drove around Billings with personalized "69 Mets" license plates on his beat-up 1972 GMC pickup. The "Miracle Mets" will be celebrating the 50th anniversary of their World Series win later this month in New York City, but Rohr, a late September call-up in 1969, has not been invited. He is pictured here in Billings in 2009. 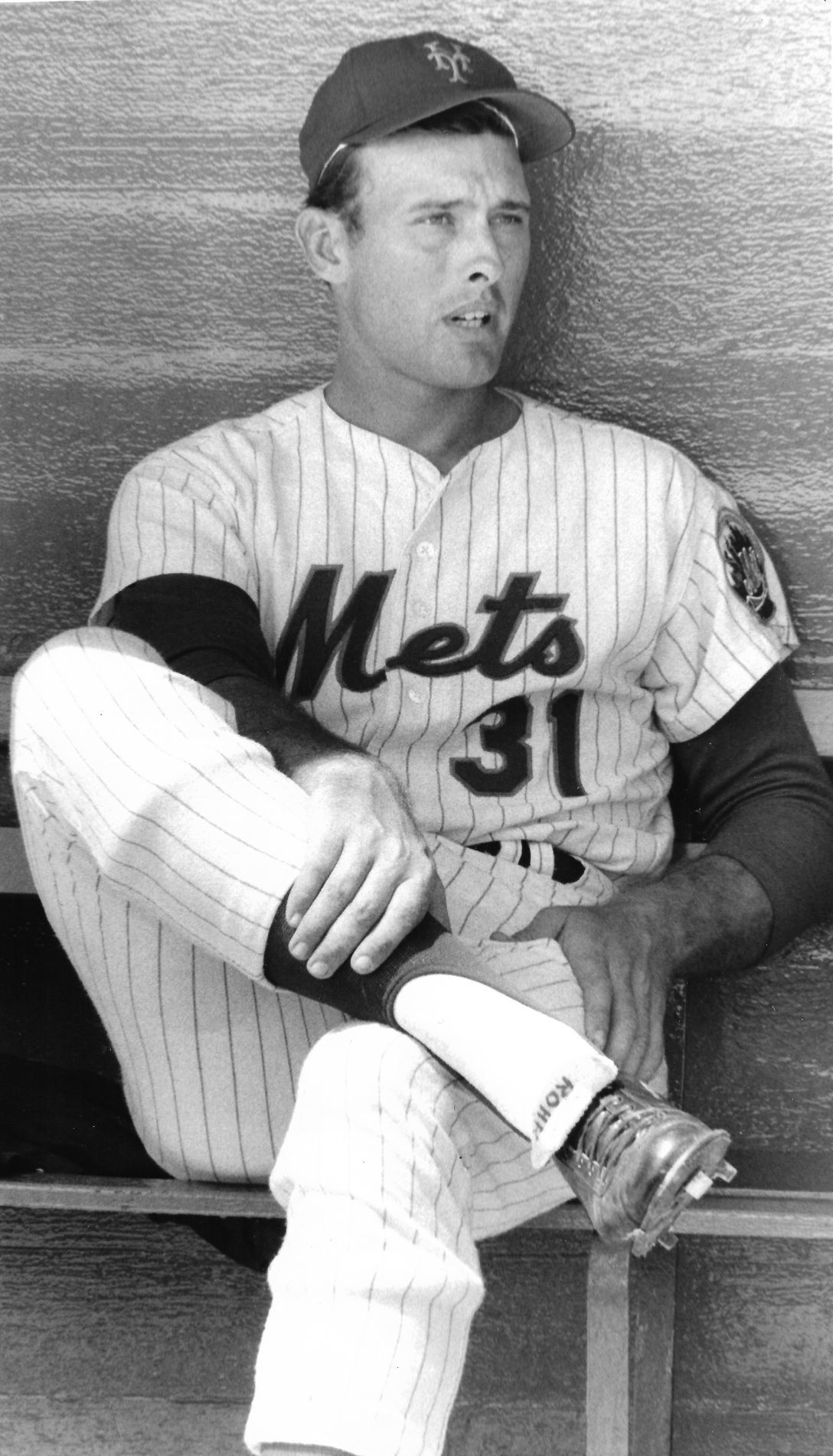 Pitcher Les Rohr of the New York Mets is pictured taking a break during spring training in 1970 in Florida. 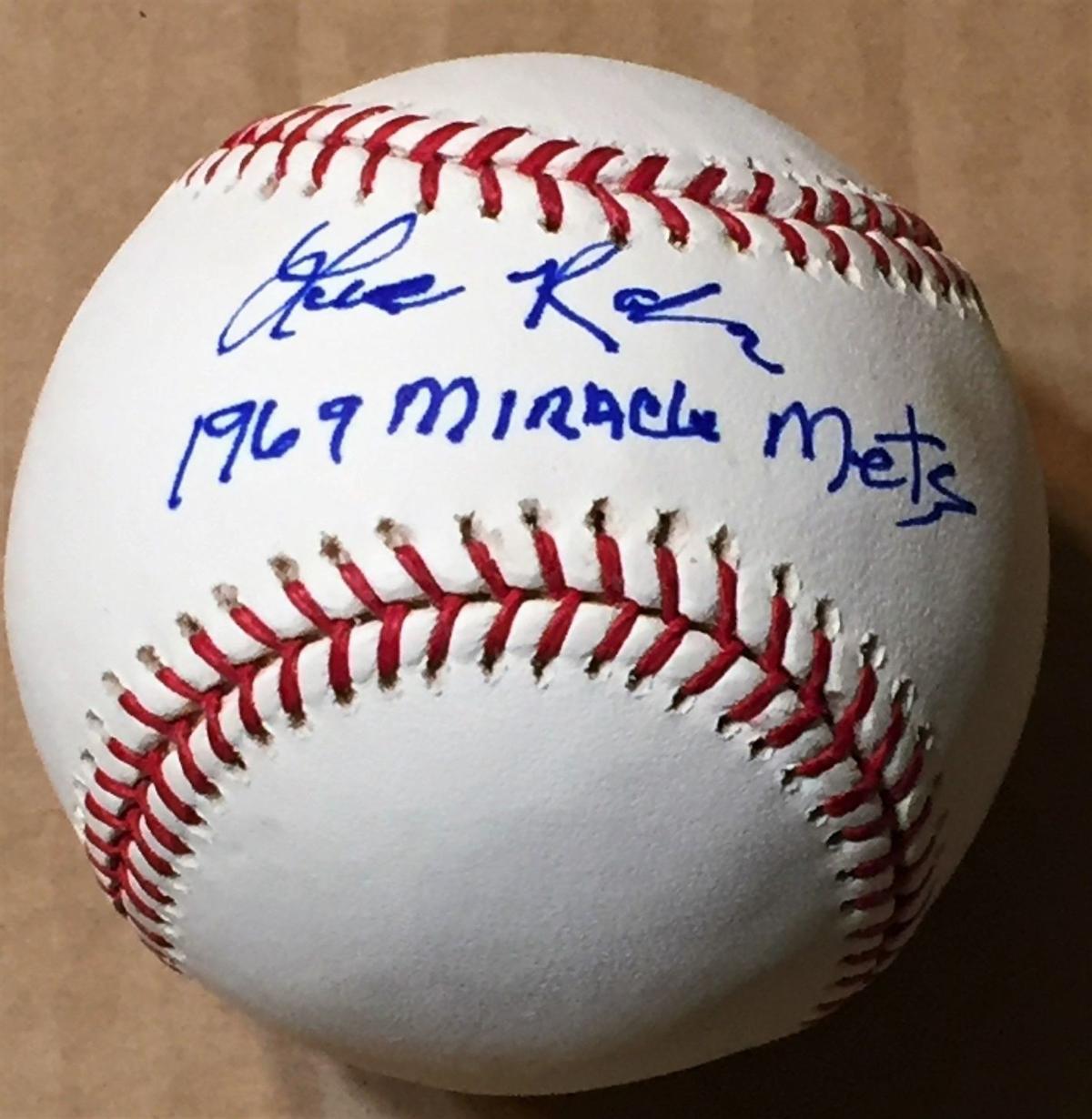 Les Rohr has remained popular with New York Mets fans, who have for years sent him baseball cards, 3x5 index cards and even baseballs to autograph. 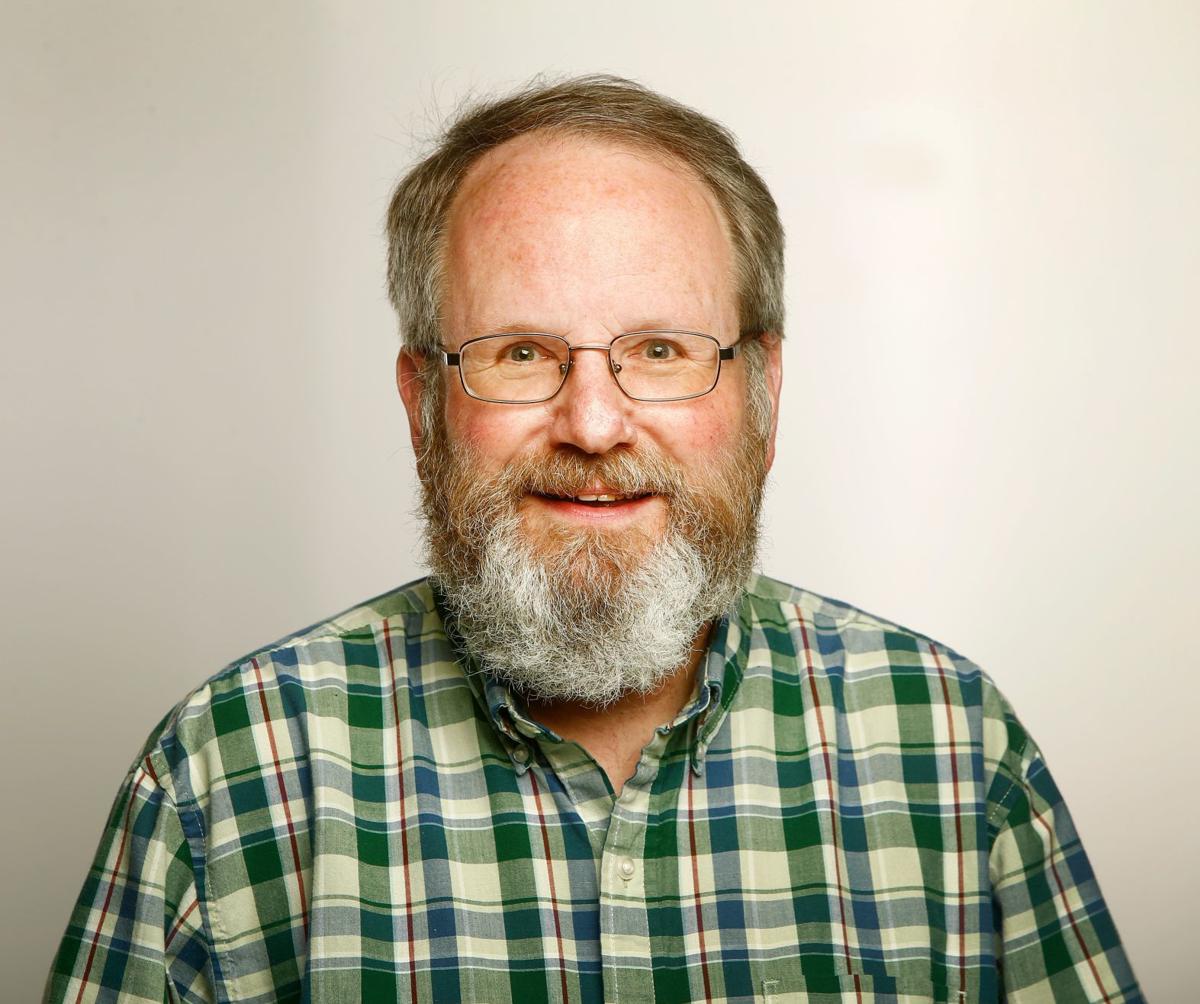 For many years, former New York Mets pitcher Les Rohr drove around Billings with personalized "69 Mets" license plates on his beat-up 1972 GMC pickup. The "Miracle Mets" will be celebrating the 50th anniversary of their World Series win later this month in New York City, but Rohr, a late September call-up in 1969, has not been invited. He is pictured here in Billings in 2009.

Pitcher Les Rohr of the New York Mets is pictured taking a break during spring training in 1970 in Florida.

Les Rohr has remained popular with New York Mets fans, who have for years sent him baseball cards, 3x5 index cards and even baseballs to autograph.

BILLINGS — You can’t blame Les Rohr these days if he is feeling forgotten.

The tall lefty from Billings was a momentary Met in late September 1969 as New York was going from laughable losers to defying 100-1 odds as the “Miracle Mets” and winning their first World Series.

The National League ballclub, however, has not invited Rohr, 73, to be a part of its three-day celebration of the golden anniversary June 28-30 at Citi Field, and that’s a shame.

What we all remember about Rohr, a Billings West graduate, is that in June 1965 he became the first hot-shot prospect ever drafted by the Mets, chosen as the second player overall in MLB’s inaugural free-agent draft.

The 6-foot-5, 205-pound hard-throwing pitcher, just 19, was immediately the talk of The Big Apple — and Billings.

The Mets even said publicly if they would have had the No. 1 pick they still would have taken Rohr. They projected 20-win seasons by him down the road.

“I am very proud,” Rohr said of being New York’s first pick during a 2013 interview. “I had (coach) Yogi Berra catching me in the bullpen. I mean, Warren Spahn was my pitching coach. Casey Stengel and Gil Hodges were my managers. I’ll tell you what. It was amazing.”

Some news accounts, with tabloid “Bonus Star” headlines, speculated that he received a signing bonus approaching six figures. It was closer to $55,000.

The early hype surrounding Rohr included newspaper photos showing him in New York being flanked by the immortal Stengel and Spahn.

He was also the Mets’ first player born in England, moving to Billings at six months.

There were some spectacular moments along the way, including in September 1967 when he twice outpitched future Hall of Famer Don Drysdale and beat the powerful Los Angeles Dodgers before injuries derailed him.

In 1969, Rohr was promoted to the Mets in September after helping New York’s Double-A team in Memphis, Tennessee, win the Texas League championship. He had pitched a seven-inning no-hitter for Memphis earlier in the season.

On Sept. 19, Rohr pitched in relief for the Mets in the opening game of a doubleheader at Shea Stadium. His only appearance of the season wasn’t his finest moment, as Rohr allowed five hits, four runs (three earned) in 1 1/3 innings and finished with an earned-run-average of 20.25 after the 8-2 loss.

Those were his last pitches in the majors.

The next day, the Mets, on the verge of clinching their division, shot their official team photograph for postseason play. Rohr, unfortunately, wasn’t included.

That’s why the New York Mets said they didn’t send him an invitation to this year’s three-day celebration, which includes a pregame ceremony June 29.

This 2019 reunion is for the postseason players only, not late September call-ups, said Jay Horwitz, Mets’ vice president of alumni public relations and team historian.

From the Mets’ standpoint, that’s certainly understandable, although Rohr said in 2009 he was invited to the 40th anniversary.

Fifty years later, there’s still a lot of mystery and intrigue locally and nationally associated with Rohr, who drove around Billings for years in a battered 1972 GMC pickup with personalized “69 Mets” license plates.

Regardless of his 2-3 career record in six games for the Mets, Rohr, who had 20 strikeouts and a 3.70 earned-run average in his 24 total innings of work, is definitely still part of franchise history.

He was there in the late 1960s when the “Miracle Mets,” perhaps the greatest underdogs in baseball, were being built.

In acknowledgement, Mets fans, as recently as six years ago, regularly sent him his 1968 Topps rookie card, index cards or baseballs through the mail for him to sign.

Rohr was on the Opening Day roster in 1968, and in mid-April was the losing pitcher during one of major league baseball’s longest nights.

In a memorable game started by the legendary Tom Seaver, Rohr hurled three innings late in a 1-0 loss in 24 innings to Houston at the Astrodome, falling victim to a grounder that took a bad hop at 2:37 a.m.

He also wound up suffering an elbow injury on his pitching arm, forcing him to spend much of his time on the disabled list and rehabbing in the minors over the next year.

During the 1969 World Series, the Mets defeated Dave McNally (another Billings favorite) and the Baltimore Orioles in five games.

"The Mets couldn't do anything wrong," Rohr said in 1999. "They made all the plays they had to make. There were no errors, the pitching was on and they got the hits when they needed them.

"I think a lot of luck was involved, too. That's also in the game of baseball."

Rohr said he watched the games in New York from the bullpen and dugout, and was part of the victory celebration in the locker room.

I have lamented in the past that Rohr should have received a championship ring, perhaps just in recognition of his grit and perseverance, but he often just shrugged that off.

“I was there, I know it and that’s all that matters to me,” he said in 1999. “A ring is just an object and it doesn’t mean that much, really. I’ve got the memories … the history is there.”

Rohr hasn’t been to a Mets’ game in 50 years and, for me, recently he has been a hard guy to track down in Billings.

Years ago, while reminiscing about the 1969 Mets during interviews at home and at a local bar on the 30th- and 40th-anniversaries, Rohr struck me as a genuine, humble character, grateful for his opportunity to play major league baseball.

These days, though, some of his old friends don’t seem to know where he is, and some of his relatives haven’t returned any phone calls.

I hope all is well.

Teammate Nolan Ryan, taken by the Mets in the 10th round (295th player) in the same 1965 draft, launched his Hall of Fame pitching career alongside Rohr.

In the 1990s, Ryan sent Rohr some pictures taken in his hometown of Alvin, Texas, and included a note: “I enjoyed playing with you.”

In 1986, writer Alexander Wolff of Sports Illustrated described his mission, as a youngster, to get the autographs of all the 1969 Mets on 3x5 index cards.

“Rohr is just as essential to me as Ryan,” he wrote. “His is a minimalist name — Les is Rohr — and a rendering of that name is all he sent me.”

Rohr’s autograph, along with those of 36 other Mets players from the 1969 world championship team, were displayed in the 10-page article.

“I was in awe of the boys I was with,” Rohr said in a 2009 interview. “They were fantastic ballplayers.”

Rohr did concrete work for nearly 35 years in Billings after leaving baseball in 1970 and undergoing spinal fusion surgery. He helped raise two kids and assisted as a pitching coach in the Billings American Legion Baseball program.

“I’ve got no hard feelings about anything. I was just happy to be there,” Rohr said of his baseball career in 2013. “I gave my life to baseball. I gave up everything else, I’m not kidding you, just to play ball because I loved it so much. I did the best I could while I was there. That’s about all I could do.”

That’s why Les Rohr should never be forgotten. And is deserving of a final salute by the Mets in the near future.

McMemories: The day Billings' Joe McIntosh, Dave McNally pitched against each other in Majors

Only once have two Billings natives squared off against each other on the mound in a Major League Baseball game. The 1975 game represented career milestones for both Joe McIntosh and Dave McNally, two "Bayne Boys".