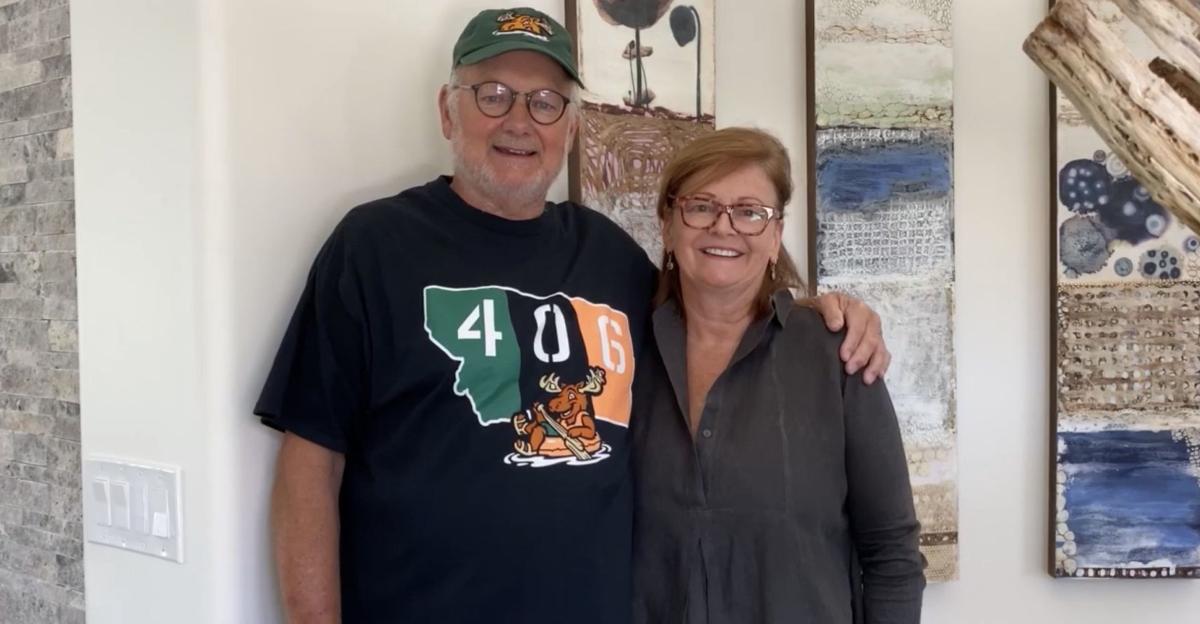 Missoula PaddlHeads owners Peter Davis and Susan Crampton Davis are committed to Missoula. They recently purchased a house in town and they're looking forward to baseball in 2021.

Missoula PaddlHeads owners Peter Davis and Susan Crampton Davis are committed to Missoula. They recently purchased a house in town and they're looking forward to baseball in 2021.

MISSOULA — The Summer of Healing is set to begin soon at Ogren-Allegiance Park.

Not to be confused with the Summer of George — that one didn't go so well for the portly fellow on "Seinfeld" — this idea promises to be fun for Missoula. Something to get excited about for western Montana sports families with lots of time on their hands.

In the absence of baseball, the PaddleHeads' front office has planned all sorts of stuff, from Sunday fun days to Tuesday trivia nights and Thursday movie nights. Once they get clearance from the Missoula City-County Health Department, it's go time.

And that's not even the best part of this peculiar Pioneer League predicament brought on by the coronavirus pandemic. At least not when it comes to Zootown's beloved minor league team.

While other organizations are laying off full-time front office personnel, including the Billings Mustangs, PaddleHeads owners Peter Davis and Susan Crampton Davis are not. They're committed to pro baseball on the banks of the Clark Fork in a heartwarming and reassuring way.

"We're just trying to use this year as a chance to grow our capabilities and we'll come back with a fabulous baseball season in 2021," said Peter Davis, who recently purchased a home in Missoula. "It's going to be a completely different relationship with Major League Baseball next year. We don't know what that really means. We just know it will be really different.

Likewise, the city of Missoula has been pretty kind to the PaddleHeads. At a time when small businesses are struggling mightily and minor league baseball is in a world of hurt, it's actually quite uplifting.

"Our mayor (John Engen) has been extraordinary and he has forgiven the rent this summer," Peter Davis said of the money his team pays the city for the use of Ogren-Allegiance Park. "It's a huge step in terms of our support for what we're trying to do and our financial situation.

"It makes a lot possible for us. We kept the entire staff (of 11) and we're keeping them all winter."

Davis doesn't expect the Pioneer League to play this summer. In his words, "there's about as much chance as winning the lottery."

That's a tough pill to swallow for all of us that for so long have enjoyed spending sweltering Zootown nights with fun-loving Ollie Osprey.

"Until Major League Baseball figures out what they're going to do this season, we don't expect any news on the negotiating fronts," Davis said of ongoing talks between MLB and MiLB. "We'll probably be into July before there's any more news about how negotiations are going. There's a lot we don't know for sure."

That pretty much sums up pro sports in general right now. But the commitment Peter Davis and Susan Crampton Davis have made to keeping the PaddleHeads afloat sure makes the future look brighter around here.

The Mustangs join Missoula and Great Falls among the Pioneer League teams that have publicly indicated a sense of uncertainty regarding the 2020 season.