Helena Senators Matt Krieger tries to tag out Billings runner Nate Dewar at second base during Saturday’s doubleheader at Kindrick Legion Field. The Sens fell 7-6 to the Scarlets. 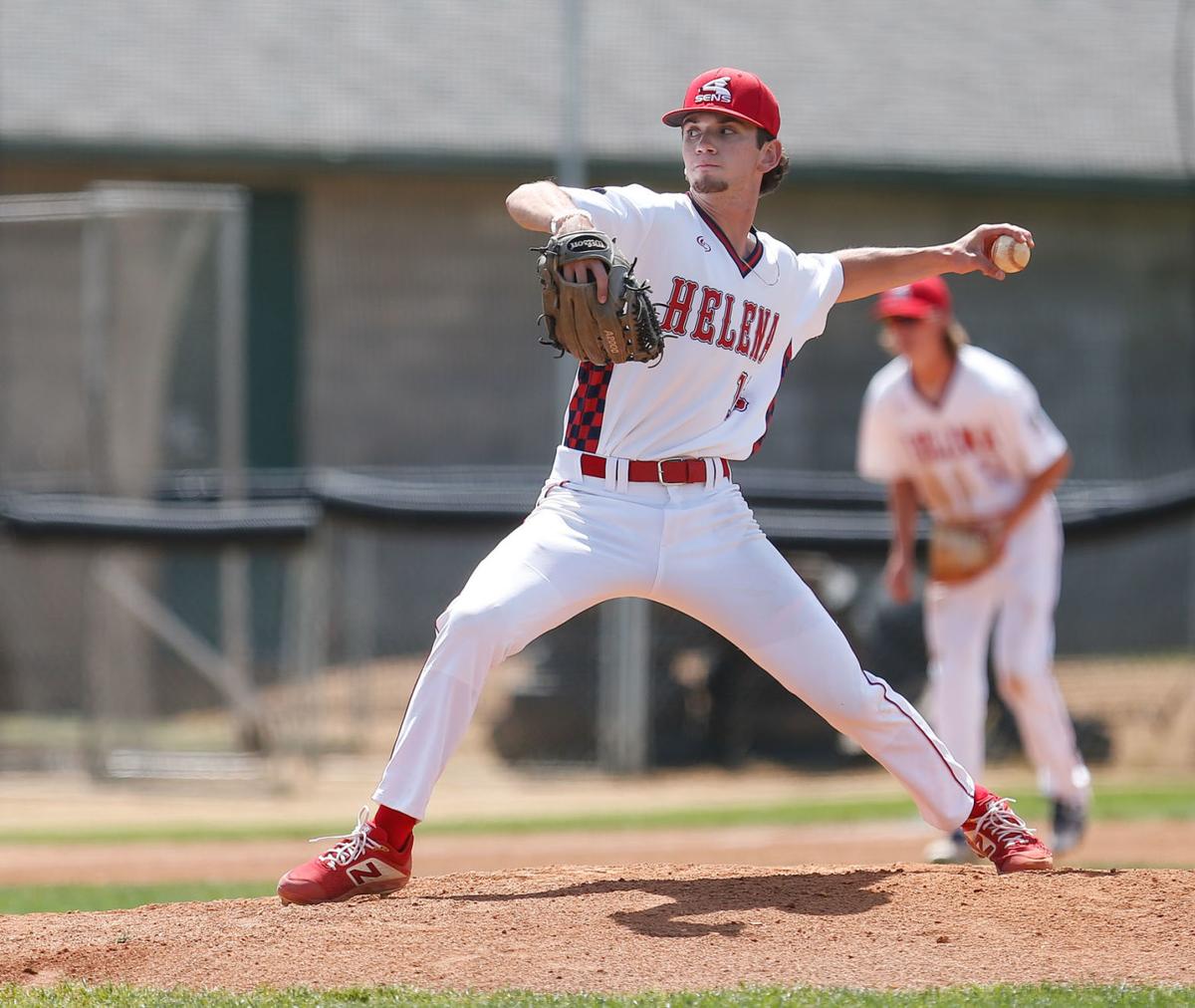 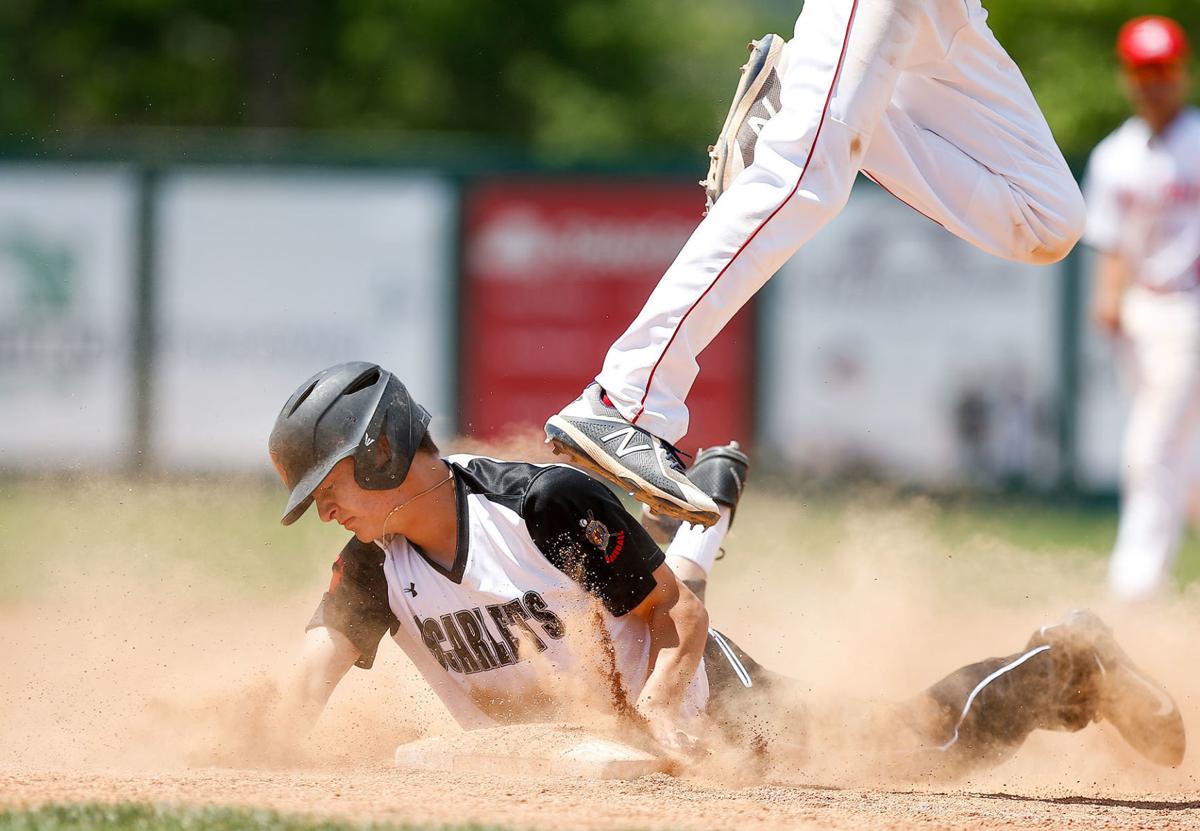 Billings runner Eric Laughlin is safe after sliding under Helena Senators fielder Ethan Keintz in the top of the fourth inning during Saturday’s game at Kindrick Legion Field. The Scarlets held off a rallying Sens to win 7-6. 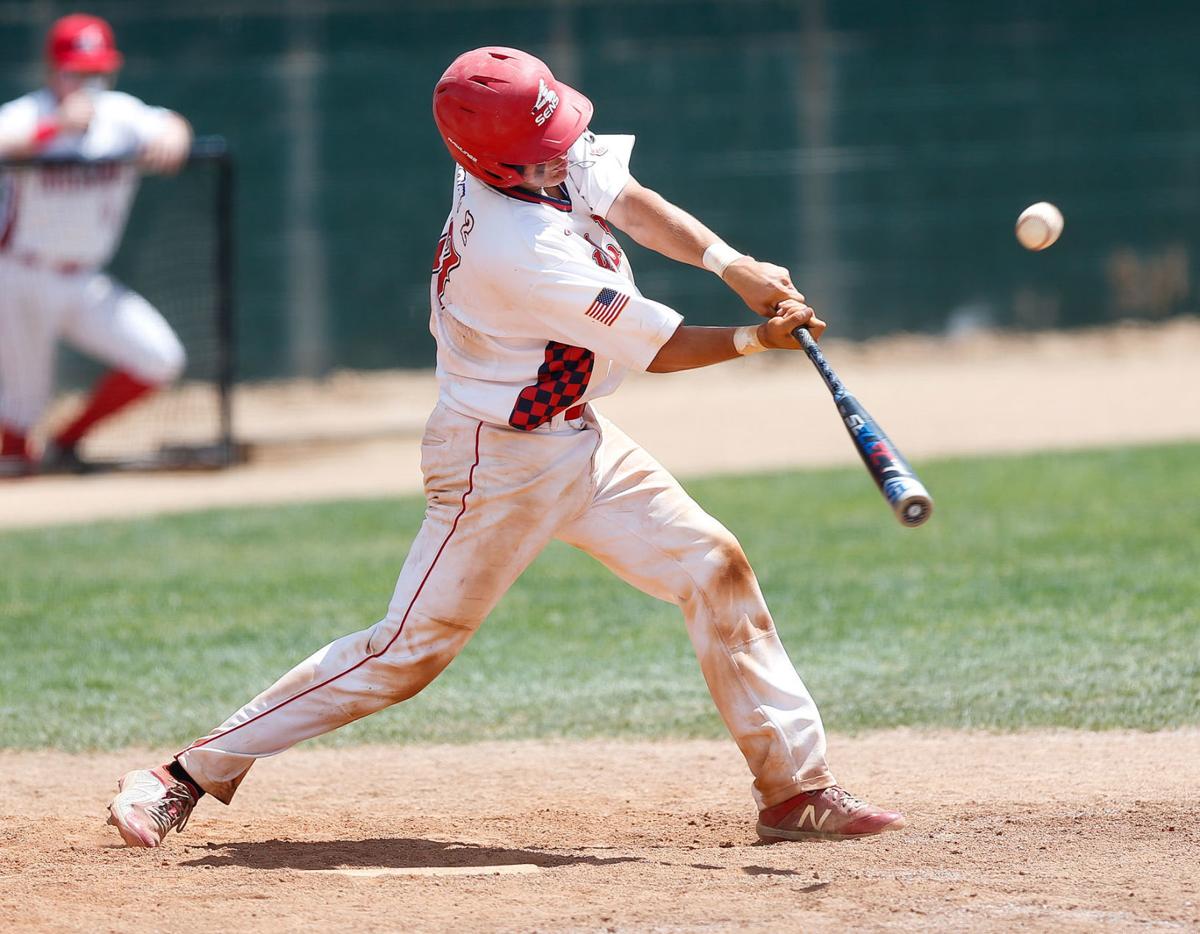 Helena Senators Matt Krieger tries to tag out Billings runner Nate Dewar at second base during Saturday’s doubleheader at Kindrick Legion Field. The Sens fell 7-6 to the Scarlets.

Billings runner Eric Laughlin is safe after sliding under Helena Senators fielder Ethan Keintz in the top of the fourth inning during Saturday’s game at Kindrick Legion Field. The Scarlets held off a rallying Sens to win 7-6.

HELENA — Helena Senators pitcher Cy Maddux Miller shares the first and middle name of two of the greatest Major League pitchers of all time, and as his team's No. 1 pitcher, he hopes to inspire his team moving forward into the heart of the summer schedule.

The Senators, who dropped two consecutive Class AA American Legion games to Billings 7-6 and 5-3 during Saturday's doubleheader at Kindrick Field, are still working to improve in all phases and concentrating on building team chemistry, Miller said.

The Senators (13-9, 4-4) are headed into the heart of the season. They head to Omaha, Nebraska, next weekend for a tournament. Tournaments in Bozeman and the July 4 Keith Sell Tournament in Helena follow.

"You get to see a lot more teams, and not necessarily Montana-based teams or just places around here," Miller said. "Hopefully, we can still put together a winning season through the conference, and state championship."

Mounting injuries have become problems the team continues to work through, according to coach Jon Burnett.

Seth Barrett is out for the season after tearing his Achilles' tendon rounding first base base after a hit to the right-center gap last weekend in Lethbridge. Peyton Witham experienced a shoulder injury on Saturday and needed to leave the game. Grady Koenig is playing through hamstring problems.

"We have a pretty thin crew and we've had a couple of injuries, and we are missing a kid who is playing in the Badlands Bowl," Burnett said. "As the season progresses, we will just need to step up."

Burnett isn't concerned about the pitching depth at this point, which is a rotation that goes about eight deep. And Witham was one of them.

"We are OK pitching-wise, but it hurts our pitching depth a little bit," Burnett said. "In baseball, you just have to move forward, and someone will have those opportunities."

The Senators will now focus on Omaha, an opportunity for the team to further improve team chemistry, according to middle infielder Matt Krieger.

"I think the bus rides are the best time for us to talk to each other," Krieger said. "We are starting to begin to put it together on the field, and it shows how much better we are putting it together during the season."

Krieger hopes they will continue to improve on the team building as the season progresses.

Billings utilized the team experience of having 10 senior players on its roster to win the three-game series with the Senators in an early conference season showdown. Helena won the first game Friday night.

The Scarlets collectively strung together a total of 21 hits in the last two games.

"I think the key is everyone is putting together really good at-bats," Scarlets coach Adam Hust said. "We only had a few lapses, and I am happy with our performance."

Billings, now one of the top teams in the conference with a record of 5-2, is looking to improve, according to pitcher-outfielder Ben Egan.

"Everyone gets along pretty good for the most part," Egan said. "I think since the beginning of the season, everyone has been friends and became better friends throughout as it goes along."

"We have 10 guys that will be leaving our program after this year, and we have a good veteran club," Hust said. "At the beginning of the season, we were just kind of on and off. Now, we are starting to click more, and starting to come together. Our arms are getting better, we are hitting better and everything is just kind of grooving."