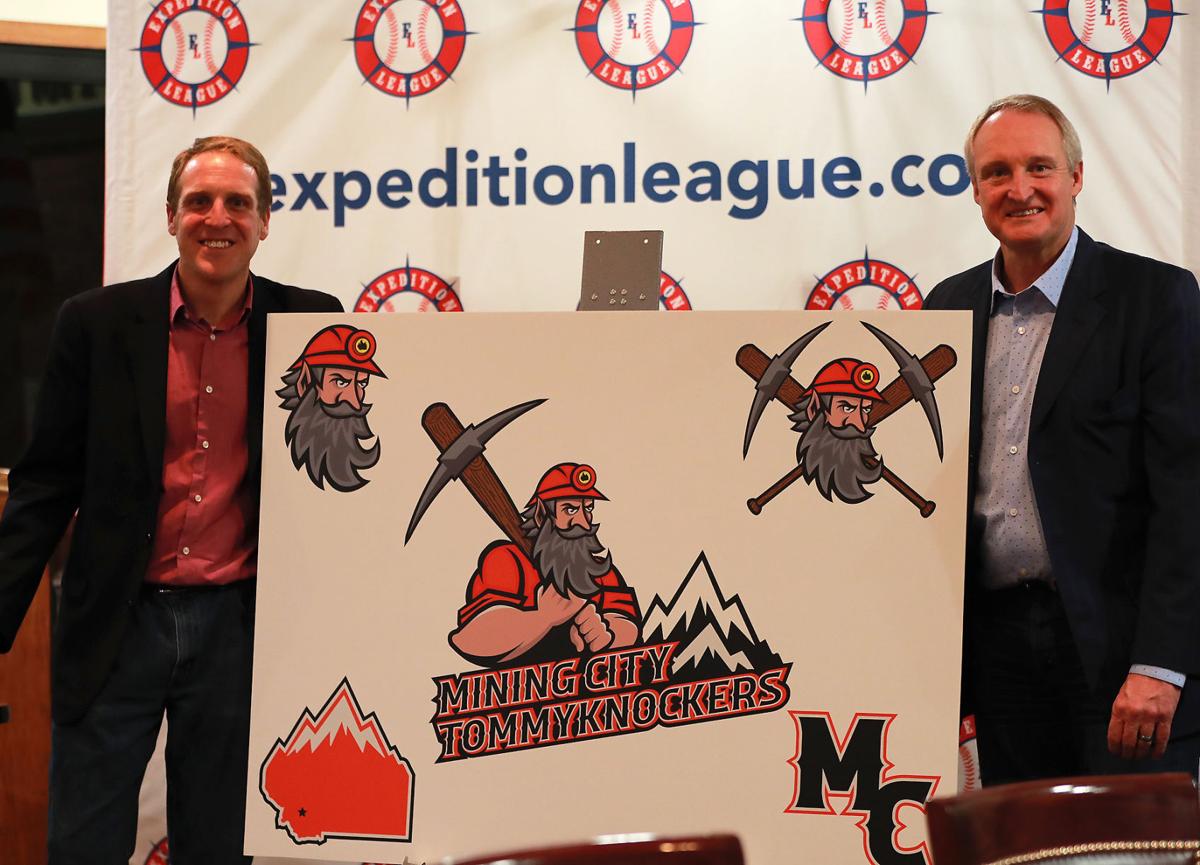 Dane Wagner, left, and Steve Wagner pose with the newly-revealed mascot and logo for Butte's Expedition League Team. The Mining City Tommyknockers are set to open their inaugural season in May 2021. 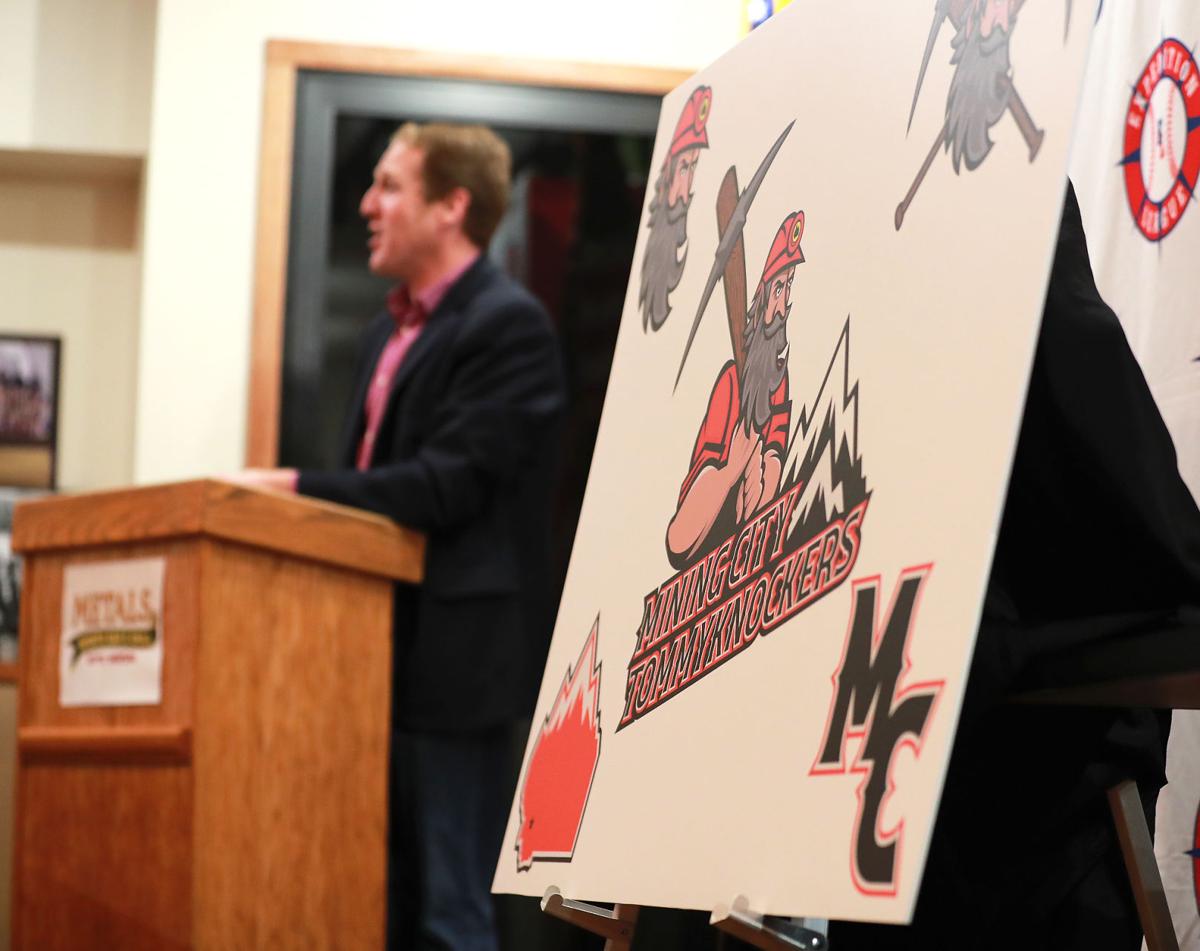 Dane Wagner speaks to an audience after revealing the mascot for Butte's Expedition League Team, the Mining City Tommyknockers.

Dane Wagner, left, and Steve Wagner pose with the newly-revealed mascot and logo for Butte's Expedition League Team. The Mining City Tommyknockers are set to open their inaugural season in May 2021.

Dane Wagner speaks to an audience after revealing the mascot for Butte's Expedition League Team, the Mining City Tommyknockers.

BUTTE — In a dustup between prospectors, tommyknockers and powder monkeys, one earned a decisive win.

On Wednesday evening, Dane Wagner and his father, Steve, of the Expedition League revealed the name and logo of its Butte-based expansion team — which was decided by a public vote — at Metals Sports Bar and Grill. With a 72% share of the vote, the newly christened Mining City Tommyknockers will take the field at 3 Legends Stadium next May.

Tommyknockers was one of five finalists for the team name, including Powder Monkeys and Prospectors. The other two entries were Ridge and Blasters.

For Dane Wagner, who recently moved to Butte to serve as the general manager for the team that would come to be known as the Tommyknockers, the mascot has been finalized and the first general manager has been hired but there's still plenty of work to be done before the first crack of bats on opening day. From finalizing sponsorships and ticket prices, to hiring a staff of interns, Wagner will spend the next months familiarizing the community with its new team.

“It’ll be a really fun mascot,” said Steve Wagner, president of the Expedition League who has been working to bring a wood-bat collegiate level team to Butte since 2018.

With an orange and black color scheme, the mascot is depicted as a burly, bearded miner wearing a hard hat and brandishing a pick ax while standing beside a jagged mountain range.

The Tommyknockers of mythology were portrayed as dwarf-like creatures, closely related to leprechauns, who inhabited mine shafts and used knocking sounds to both let miners know where best to dig and also warn of imminent collapses. They were also known for mischievous acts, sometimes swiping unattended tools, other times pilfering  lunches.

The Tommyknockers are now set to represent a town with a rich mining history — and already home to Orediggers, Miners and Muckers — and serve as a spiritual successor to the Copper Kings, who departed Butte 20 years ago.

Four of the five potential names for the Butte team are connected to the city's mining history.