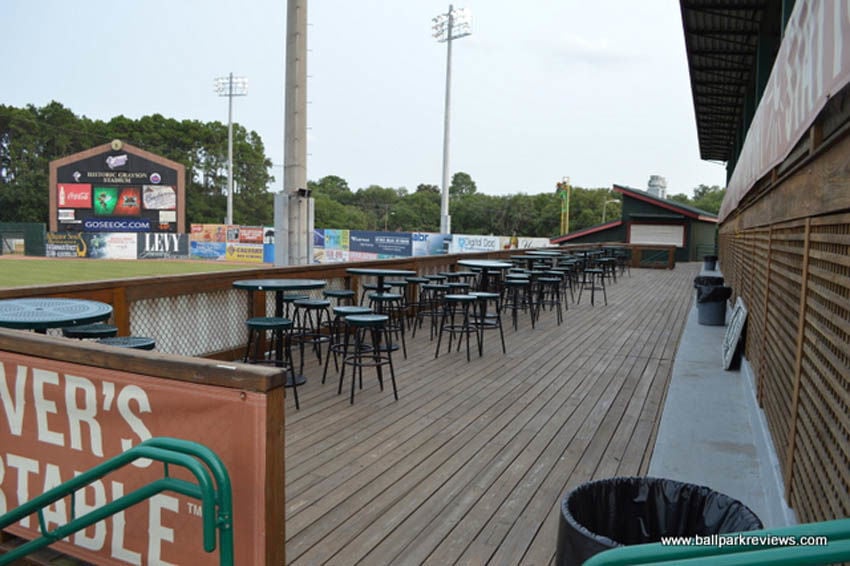 The planned party deck at 3 Legends Stadium in Butte would look something similar to this one seen here at another venue. Butte's Expedition League baseball club, the Mining City Tommyknockers, would finance the deck and other upgrades. 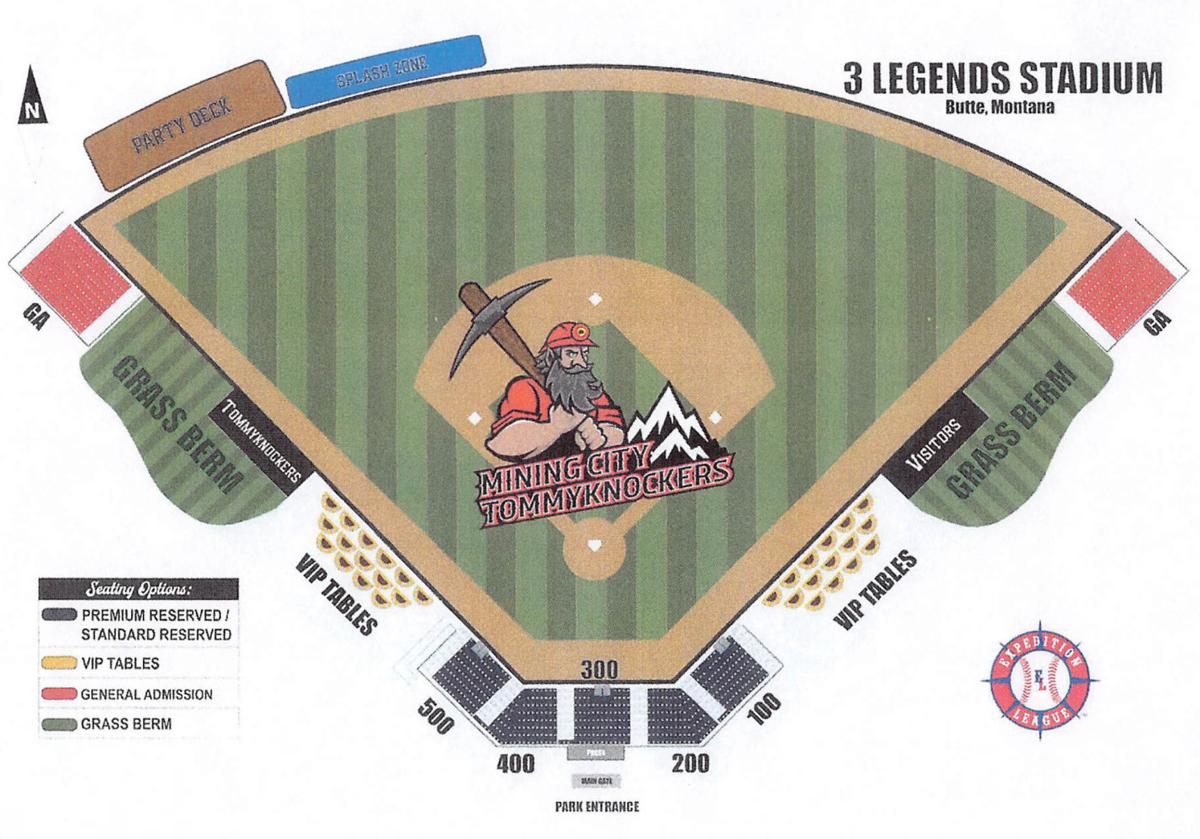 This graphic shows where a party deck, "splash zone" hot tub, VIP tables and new sets of bleachers would go at 3 Legends Stadium if county officials approve the upgrades.

The planned party deck at 3 Legends Stadium in Butte would look something similar to this one seen here at another venue. Butte's Expedition League baseball club, the Mining City Tommyknockers, would finance the deck and other upgrades.

This graphic shows where a party deck, "splash zone" hot tub, VIP tables and new sets of bleachers would go at 3 Legends Stadium if county officials approve the upgrades.

BUTTE — Butte’s Expedition League baseball club is already looking to “enhance the fan experience” at 3 Legends Stadium, even though the first pitch at the first home game of the team’s first season is six weeks away.

If commissioners and county officials go along, some folks will be able to watch the Mining City Tommyknockers play from a party deck and a “splash zone” — a big 12-person hot tub — just beyond the outfield fence in left field.

The baseball club says it will pay all costs for the additions to the county-owned baseball stadium, as well as two new sections of bleachers and VIP tables, if commissioners OK them in time for the upcoming season. The first home game is set for June 1.

“Our 10-year vision for Butte and 3 Legends Stadium is to continually add $40,000 to $50,000 each year into the ballpark,” Dane Wagner, the club’s general manager and owner, told The Montana Standard on Monday.

“3 Legends will always be owned by Butte-Silver Bow, the city-county government, but one of the things we see as a strategic way to impact Butte is to continue to make this the premier, best facility in baseball.”

The proposed 30-foot-by-60-foot party deck and the hot tub, which will seat 12 adults and several kids at one time, would add excitement and spirit to games and to the league’s intro into Montana, Wagner said

“The number one goal for us is always the fan experience,” he said. “The fan is number one. We’re well aware of where our bread and butter is and if we can make it something special for the fans, we will be in business for decades.”

The county’s Parks & Recreation Board endorsed the upgrades and commissioners could OK them when they meet at 7:30 p.m. Wednesday. A nod is also needed from county reclamation officials since the stadium sits on an environmentally capped area.

The league emulates the minor leagues, with players using wooden bats and playing six games a week from late May to early August. They are college players and don’t get paid, however, since NCAA rules prohibit that.

But the league itself is a for-profit entity, with owners, marketing plans, sharp logos and promotions, and it promises high-quality baseball and affordable, wholesome family entertainment through a 64-game season.

The league started in 2018 with eight teams in the Dakotas, Wyoming and Nebraska and added ones in Fremont, Nebraska and Brandon, a city in Manitoba, Canada, the following year. There are now 12 teams, including the Tommyknockers.

The league has wanted a team in Butte since 2019, and things fell into place last fall. The final hurdle was cleared last October when commissioners agreed to lease 3 Legends to the club for five years at an annual cost of $12,500 for the first three and $12,800 for the next two.

If the upgrades are approved, the club already has an agreement with Mountain Hot Tub to install and service the “splash zone,” including repeated water treatment during the season, Wagner said. Mountain Hot Tub has locations in Butte, Bozeman, Big Sky and Helena.

There are only three others ballparks in the country with water features that people can be in, Wagner said. They include Chase Field, home to Major League Baseball’s Arizona Diamondbacks, which has a pool and hot tub, and Dr. Pepper Ballpark in Frisco, Texas, home to the Minor League’s Roughriders, which has a lazy river just beyond the outfield fence.

The existing grandstand at 3 Legends seats 476. Proposed bleacher sections down the first- and third-base lines would seat another 300 each and 200 to 400 people could bring their own chairs or blankets and watch from grass berms.

Costs for those tickets would range from $5 to $10. People would pay $38 to sit at “VIP tables” on each side of the grandstand but tables of four have to be reserved. But those tickets include a dedicated server and all you can eat and drink. Beer will be among beverages offered.

The same price and deal applies to the party deck and the “splash zone,” but the entire hot tub must be reserved. That gives families or groups control and comfort, Wagner said, knowing that “two or three frat boys” or others can’t barge in and take over.

The club will be sharing 3 Legends with the Butte Miners and Muckers American Legion baseball programs, who start playing in early May. The Tommyknockers will give Butte its first high-level team since the Pioneer League’s Copper Kings departed two decades ago.

The proposed upgrades won’t be the last ones, Wagner said.

“Our strategic vision for 3 Legends Stadium is at some point to have a lazy river in (beyond) right field, to expand the party deck and to continually make it a state-of-the-art facility,” he said.

BUTTE — The Mining City Tommyknockers begin their inaugural season on May 25, but the team has scheduled preseason exhibitions in both Helena …