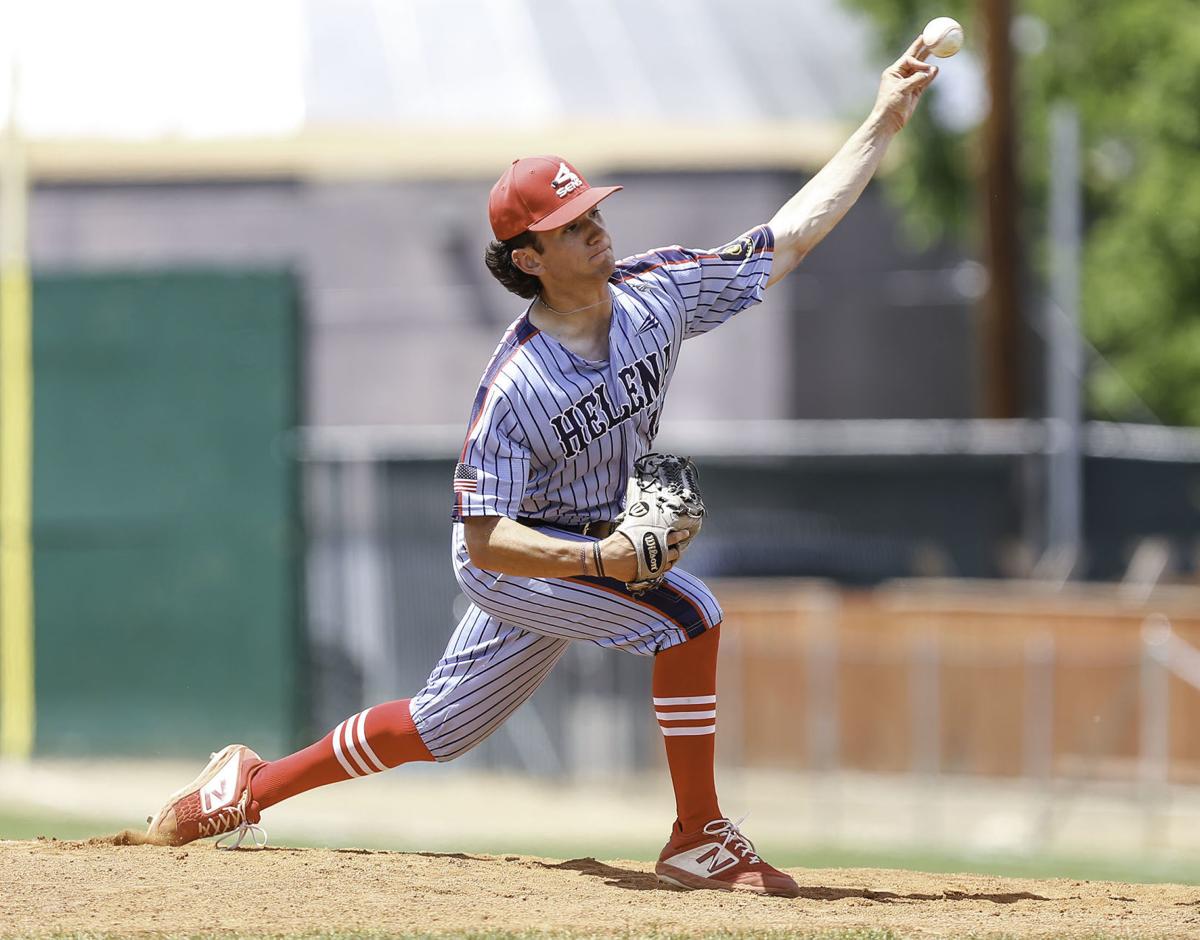 Cy Miller delivers a pitch against the Kalispell Lakers on Wednesday in Helena. 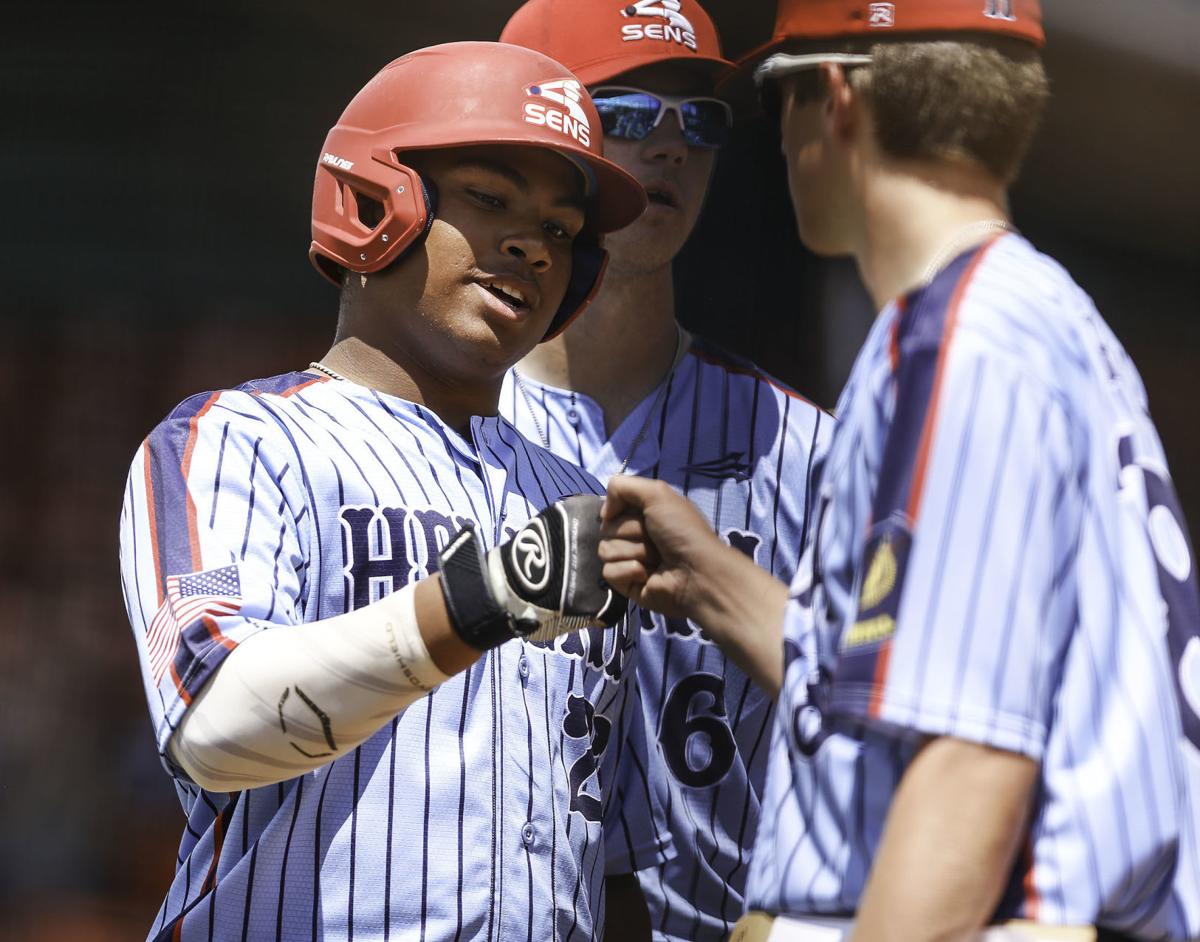 Forest Suero gets a fist bump during the first game of a doubleheader against Kalispell at Kindrick Legion Field in this June 24 file photo.

Cy Miller delivers a pitch against the Kalispell Lakers on Wednesday in Helena.

Forest Suero gets a fist bump during the first game of a doubleheader against Kalispell at Kindrick Legion Field in this June 24 file photo.

HELENA — The Senators will have to settle for a split in their second doubleheader in as many days with the Kalispell Lakers on Wednesday at Kindrick Legion Field.

Cy Miller put together a respectable outing to get the Senators a game-one win. He pitched six innings of four-run ball.

"Cy (Miller) pitched well for us; gave us a chance and competed out there," Helena coach Jon Burnett said. "We got a few timely hits. We didn't necessarily hit the ball well during the four-game stretch but we hit it good enough, and we played great defense behind him."

Going for the four-game sweep, the Senators stumbled out of the gates. The bats were mostly quiet and Nielsen did not have his best stuff on the hill. To his credit, he kept grinding and kept Helena in the game, allowing a pair of runs of 3 2/3 innings.

When the Senators did get runners on base, they were unlucky. Whether it was a base runner slipping while rounding third or hitters lacing line drives right at defenders, they couldn't caught a break.

"We kinda started slow. It took us a while to kind of get the bats going. Chase (Nielsen) battled for us out on the mound for us and kept it close," Burnett said. "We got out of some tough jams there but a couple things just didn't go our way where the first three games they had gone our way. That's baseball. We hit some balls hard and had some unlucky breaks with (Forest Suero) rounding third and tripping in the grass there. But that's baseball."

Down 6-1 in the bottom of the sixth, Helena finally found some rhythm at the plate. Tyler Tenney tripled home Matt Krieger to cut the lead to 6-2. Trysten Mooney followed with a high chopper up the middle for another hit, scoring Tenney to make it 6-3. Ethan Keintz continued the hit parade with a triple that scored Mooney. Nielsen came through with an RBI groundout and suddenly it was 6-5. After Forest Suero wore a fastball up and in, Miller came through with his third double of the game and Suero came around to score from first.

"I just wanted to hunt the fastball, help the team out and hit the ball hard," Miller said.

With the game entering the seventh, it seemed like Helena had all the momentum. But the Lakers were determined not to be swept.

Danny Kernan scored the go-ahead run on a sacrifice fly by Gage Brink. Kalispell tacked on an insurance run and held on for the 8-6 victory.

Four games against the same team over a two-day span is grueling. But given the compressed schedule, it's something that all team's must get used to moving forward.

"Four games in two days ... you could definitely tell," Burnett said. "We were a little tired in that last game but it's something we're going to have to do from here on out. It's something I think we'll improve on."

Burnett and Lakers coach Ryan Malmin were both ejected for arguing calls on the basepaths.

The Senators travel to Bozeman for a tournament. Their first game is Thursday against defending national champion Idaho Falls at 3 p.m.