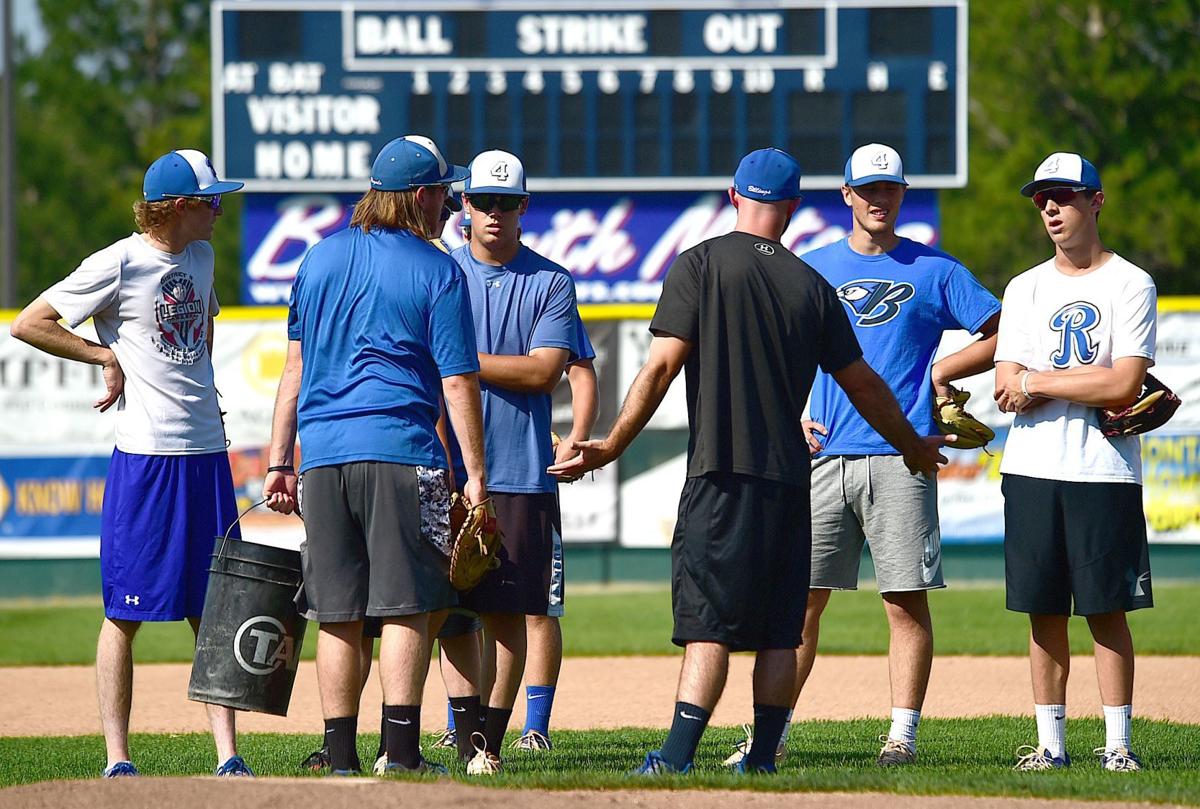 Assistant coach Brendan Mcguire talks with players as the Billings Royals practice for the upcoming regional tournament on Monday. 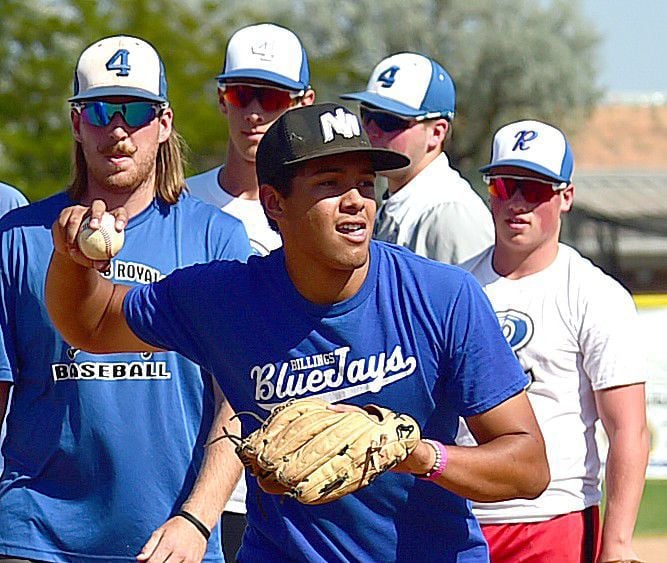 Jayden Kay throws as the Billings Royals practice for the upcoming regional tournament on Monday. 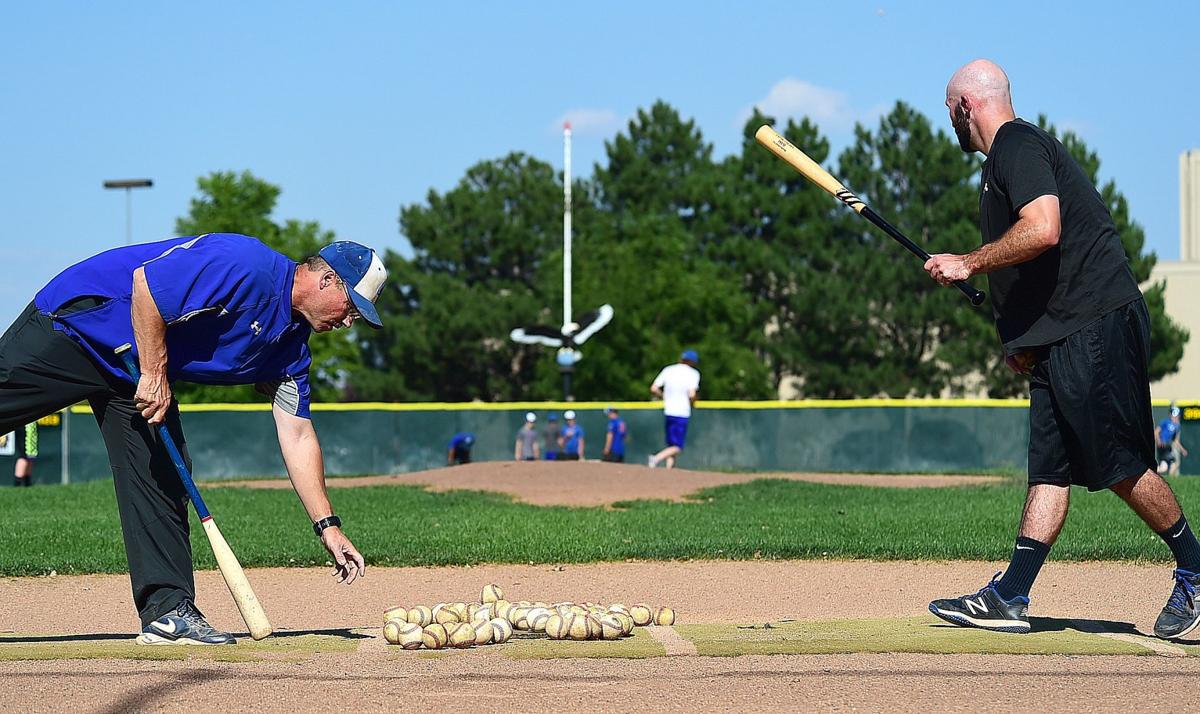 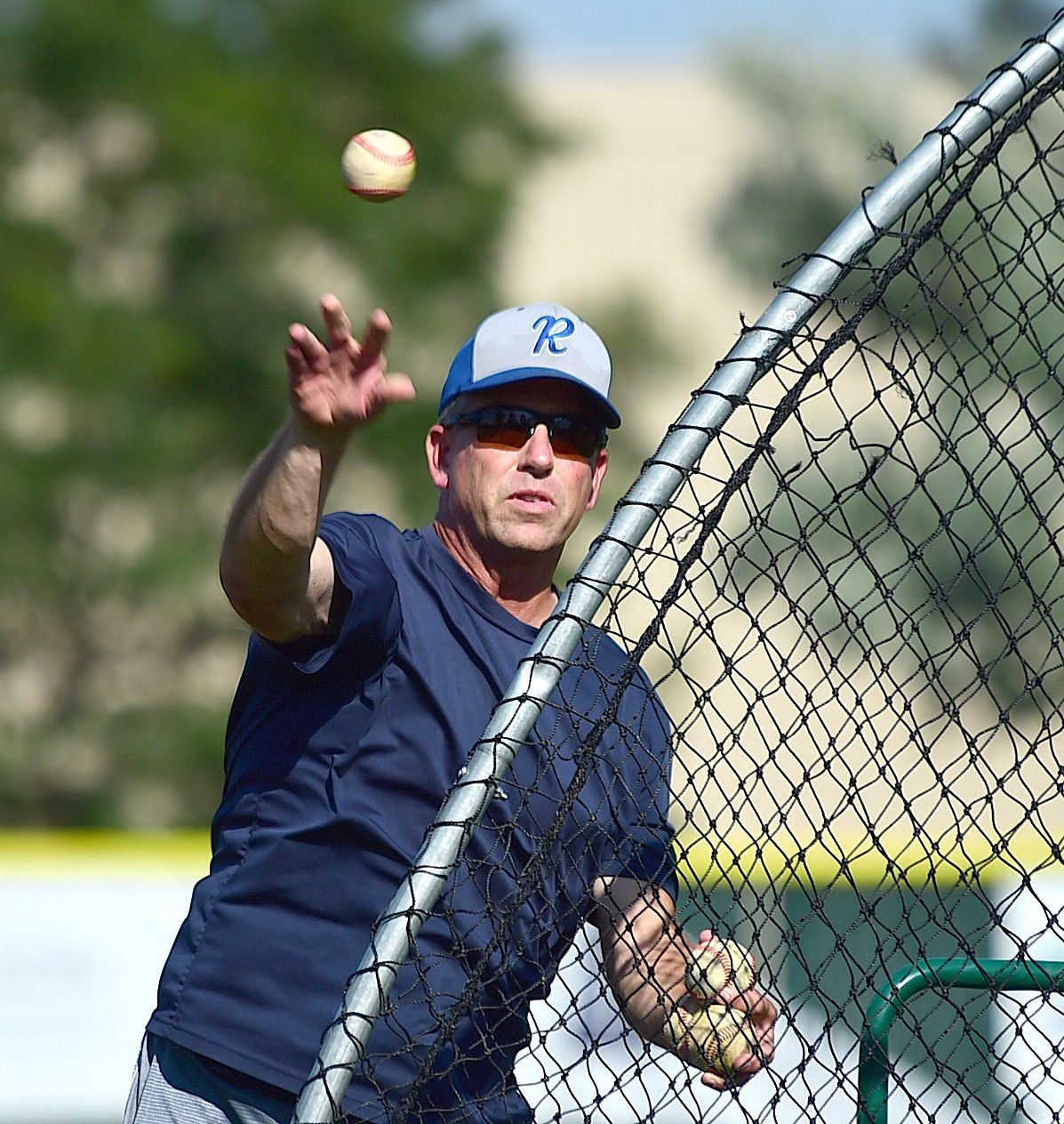 Assistant coach Brendan Mcguire talks with players as the Billings Royals practice for the upcoming regional tournament on Monday.

Jayden Kay throws as the Billings Royals practice for the upcoming regional tournament on Monday.

BILLINGS – Every kid who has ever played baseball dreamed of this situation.

You know the one: You’re up to bat, the game is tied, there are two outs and the winning run is on base in a championship game. All you have to do is get the hit, and the title is yours.

Well, Billings Royal Jarret Leinwand got to live out that dream last Wednesday in real time.

His single scoring Carson Klompien gave the Royals a thrilling State AA Legion baseball championship victory in Kalispell which qualified the Royals for the regional tournament which begins on Wednesday in Missoula.

Billings will play Waipahu Post 35 of Hawaii at 4 p.m.

“It was just unreal and it was like what every little kid dreams about when he’s growing up is being in the walk-off situation,” Leinwand said. “It was just pretty crazy. When I stepped on first and turned around and saw my whole team running at me, I’ll never forget that.”

Leinwand, who will play college baseball at Yakima Valley Community College, said he was aware of his situation while at the plate but was more locked in on getting the run in as opposed to the heroics that come with a walk-off. Leinwand said his previous at-bat he put a fastball deep into right-center but it was caught. Because of how well he hit it though, he was looking for a first-pitch curveball in that final at-bat, which is exactly what he got.

Leinwand, one of the team’s leaders and the No. 3 hitter for the Royals, is used to pressure. He won the Class AA 205-pound state championship in wrestling for Senior earlier this year. Now, it was his turn in baseball.

And when he made contact, he knew it was over.

“I knew it was going to be a little blooper so right as I hit it I knew it was down,” Leinwand, who is in his third year with the Royals, said. “It was crazy. That was everything we’d been building towards for the past four years and that moment right there was just for us.”

“I just kind of trotted home and watched the ball drop and it was all kind of a blur from there,” Klompien, a Billings Skyview grad, added. “I remember just running the rest of the way to home, stepping on the plate, and going to celebrate with the team. I threw my helmet off and just dog piled. Honestly, before the tournament I thought about that. ‘How would it feel to just dog pile after winning state?’ Being able to do that was really cool.”

Close games were the name of the game for the Royals at state, but that’s in the past. With regionals up next, the Royals will face off against some of the top Legion teams in the region.

Dann Blanchard pitched a complete game for the Royals in the title game. After a rough first inning where he allowed five runs, Blanchard held Lethbridge to just three more hits in the game as he settled in.

“The first inning was stressful and wasn’t what I was planning on,” Blanchard said. “I came off the mound and just had to refocus. I started letting my defense help me instead of just going for strikeouts.”

Blanchard said some pre-game nerves played in the rough start. But once the game began, he got back into his rhythm.

“It was very special to win state. We knew we were going to be good coming into the season but actually finally winning and proving to everyone that we could actually do it was huge,” Blanchard said. “It was a lot of emotions running wild.

Now, the Royals will look to use that momentum at the regional tournament.

“We took a few days off and practiced on Monday to prepare for regionals the same way we did for state,” Blanchard said. “We’re excited and it’s awesome. More baseball is always fun and I never really want the season to be over.”

Klompien, a University of Jamestown baseball commit, added, “Most of the state tournament, we just kind of settled down and played more relaxed and just played baseball the way we know how to play. Being down a lot of the tournament, it just showed how tough we are when we’re down and being able to come back from those deficits. I think that will help us in this tournament.”