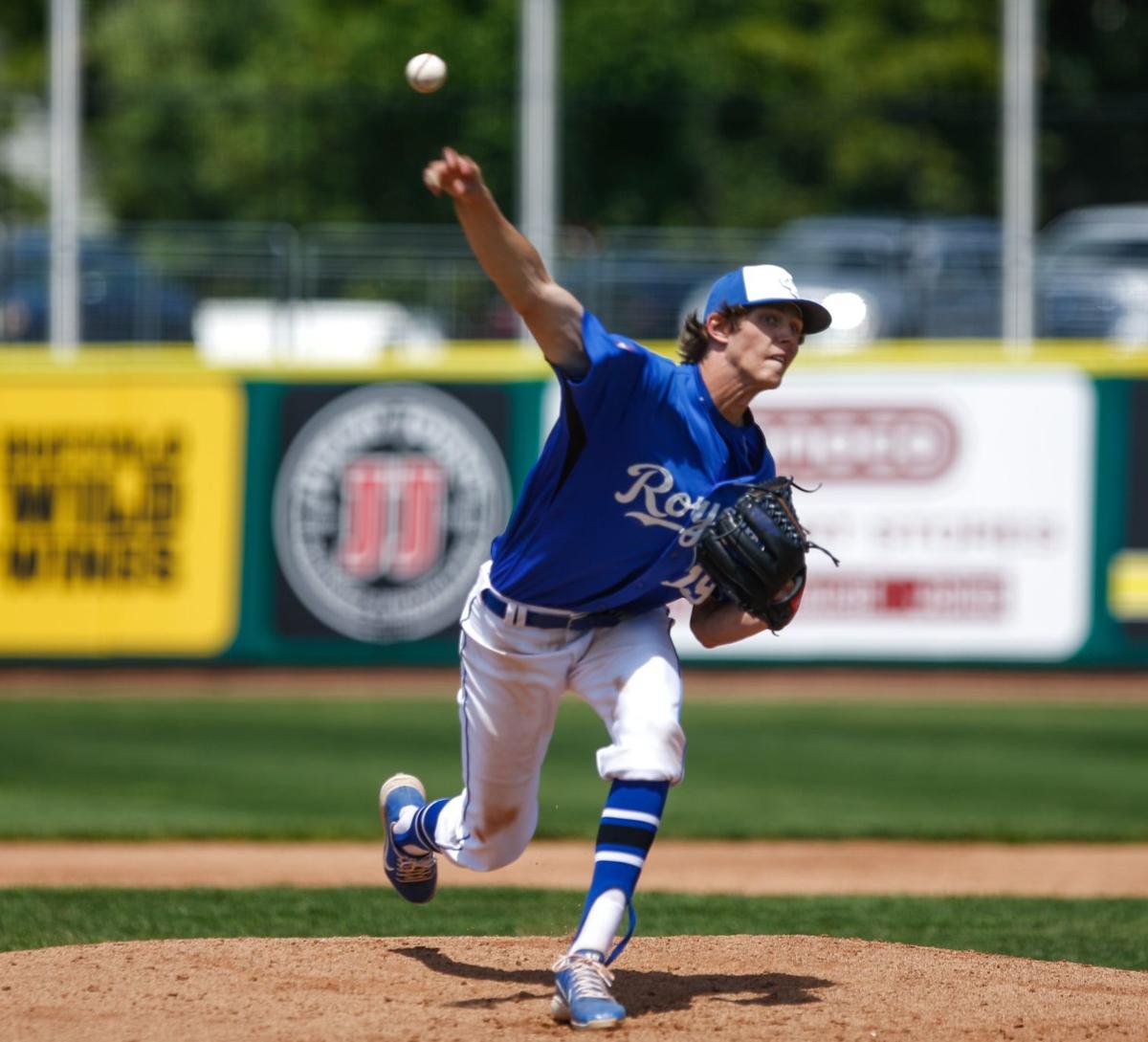 Billings Royal Brooks Zimmer pitches during the Goldsmith Gallery Legion Against Cancer Tournament title game on Sunday at Dehler Park. The Royals defeated Northwest Premier from Idaho 8-1 to improve to 32-4. 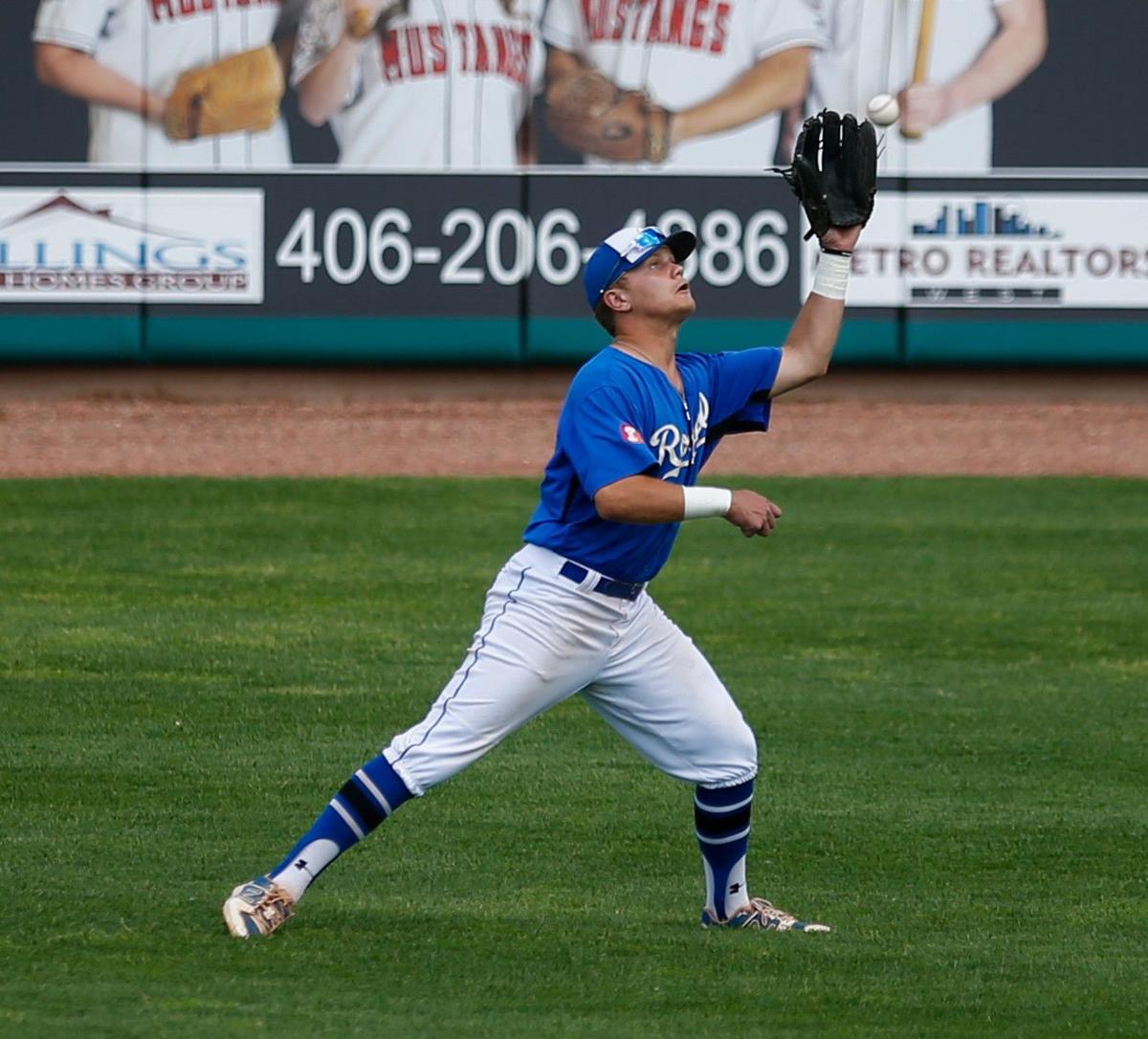 Billings Royal Brooks Zimmer pitches during the Goldsmith Gallery Legion Against Cancer Tournament title game on Sunday at Dehler Park. The Royals defeated Northwest Premier from Idaho 8-1 to improve to 32-4.

BILLINGS – What the Billings Royals are doing right now is unheard of in baseball.

After a perfect 6-0 weekend at the Goldsmith Gallery Legion Against Cancer Tournament, capped off by an 8-1 win in the championship game over Northwest Premier from Idaho on Sunday, the Royals improved to 32-4 on the year. That’s a winning percentage of .888, so essentially, the Royals are almost winning 9 out of every 10 games.

That’s taking care of business in a run that’s as difficult as it is impressive.

The Billings Royals are your Goldsmith Gallery tournament champs. They finish 6-0 on the weekend and improve to 32-4 on the season #mtscores pic.twitter.com/FG0ftKz53y

Sunday’s game was not without its challenges, but one the Royals took on quickly. Starting pitcher Brooks Zimmer struggled in the first inning, throwing 30 pitches with two walks as Premier took a 1-0 lead.

The Royals jumped all over Premier in the bottom half of the inning, with Jayden Kay hitting a double to drive in Jarret Leinwand to tie the game. Sam Evenson immediately followed up with a two-run single to make it 3-1 after the first inning.

The Billings Royals beat Premier 8-1 to take the Goldsmith Gallery title at Dehler Park on Sunday.

“I kind of got frustrated a little bit,” Zimmer, who will play college baseball at Montana State Billings, said. “I got out of the inning and then after that I didn’t think this team (Premier) had anything for me. So I just went out there with the mindset that I can get these guys out.

“When we came back in and scored three in the first inning, I came back out to the mound with a 3-1 lead and that felt great. That helped a lot.”

That he did. Zimmer settled in right away, and through the next four innings he only threw 38 pitches, just over what he threw in the first inning alone. He allowed just one hit in that span and notched two strikeouts.

Zimmer would pitch for six innings, allowing only two hits, the one run with two strikeouts and four walks.

“Sometimes Brooks doesn’t come out of the gates as good as he can but he always comes through,” Royals manager Bryan Benjamin said. “He didn’t throw as many strikes today as he has in the past but he settled down after that first inning and we played good baseball behind him, which helps a pitcher a ton.”

Leadoff batter Carson Klompien would go 3 for 4 to help set the pace for the Royals. Leinwand batted 1 for 3 in the game with a sacrifice fly and two runs driven in, while Niklas Nordstog and Dann Blanchard each added an RBI.

Leinwand was the tournament MVP.

“It’s pretty cool. I haven’t got that one before, so that was really unexpected,” Leinwand, a Billings Senior graduate who won the 205-pound state wrestling title in February, said. “It was just a great tournament for us all-around, though.”

Even though the season so far has been red hot, Royals team members admit there are some things they could work on, including relays and bunting. But the positives are almost too much to mention.

“We just go into every game just having fun out there and we’ve just been playing together for so long it’s normal for us,” Leinwand, who will play college baseball at Yakima Valley Community College in Washington, said. “We knew we were going to be pretty good. We knew we could swing the bat pretty good and had three aces that we could put on the mound and shut down just about any team. Everything’s clicking for us right now.”

The tournament could be a good metaphor for the Royals’ season down the road: win a lot, lose very little — or not at all — and instead of the Goldsmith trophy, they just might get to hoist the state championship title instead.

BILLINGS — Believe it or not, it has almost been seven full years since the 2011 Big Sky Little League All-Star team from Billings made the Li…