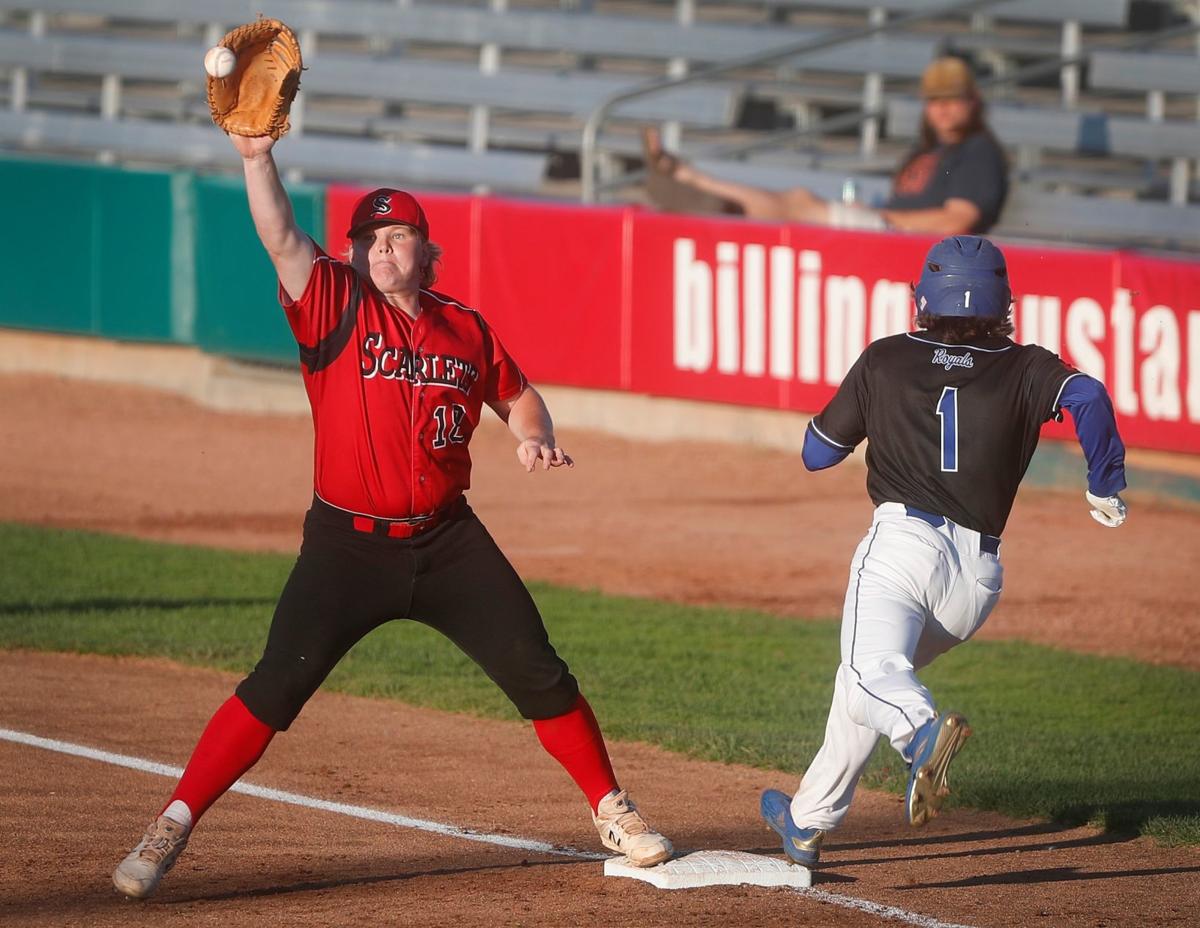 Scarlets first baseman Andy Larsen reaches for the ball in front of the Royals' Michael Moorehead in the third inning of their game at Dehler Park on Friday. 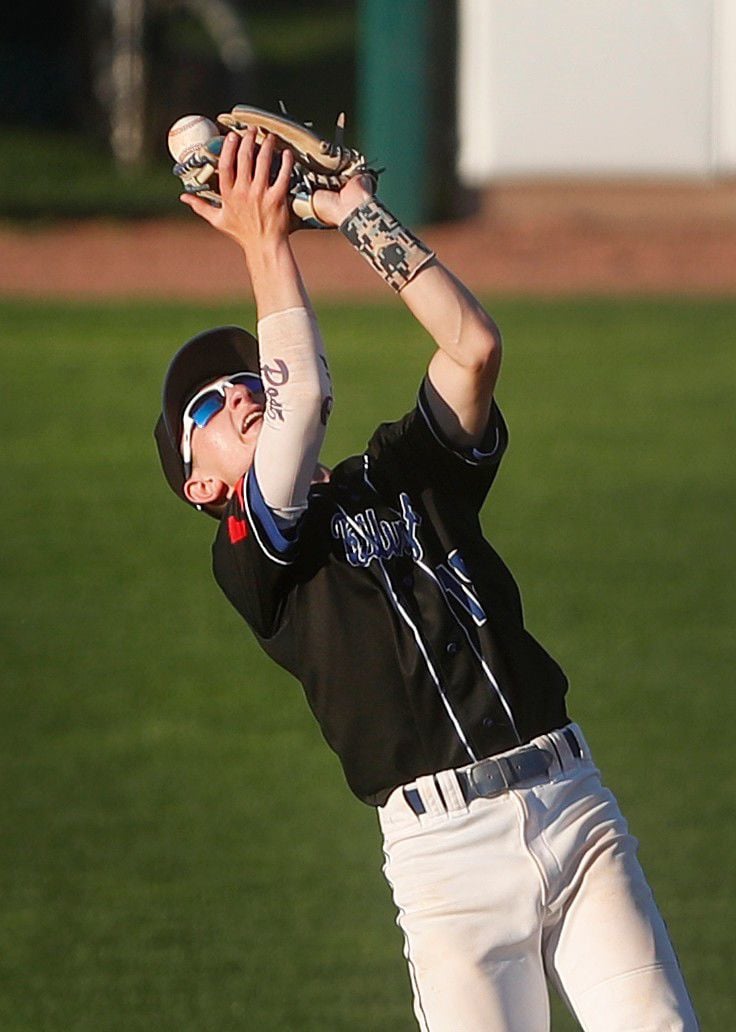 Royals infielder Jaeden Jordahl catches a pop fly against the Scarlets on Friday at Dehler Park.

Scarlets first baseman Andy Larsen reaches for the ball in front of the Royals' Michael Moorehead in the third inning of their game at Dehler Park on Friday.

Royals infielder Jaeden Jordahl catches a pop fly against the Scarlets on Friday at Dehler Park.

BILLINGS — Cole Miller hasn’t done much pitching in his career with the Billings Royals. Typically an infielder/catcher, Miller is accustomed to throwing in spot duty.

“I was kind of just a guy that would come in and throw strikes when we were either beating a team by a lot or getting beat by a lot,” he said. “That was kind of my thing.”

He has a new thing now.

Earlier this season during road trip to Casper, Wyoming, Miller impressed in his first start. Then came Friday night against the Scarlets, and Miller was splendid in pitching the Royals past their crosstown rivals 10-2 at Dehler Park.

After giving up two runs in the bottom of the first inning, the tall right-hander settled in, honing a previously untapped curveball while limiting the Scarlets to four hits with six strikeouts and two walks.

Between the third and sixth innings Miller retired 12 in a row. He came out of the game after the sixth, and Nick Eliason closed the game in relief with relative ease.

“The good thing about Cole is he’s kind of got a ho-hum attitude,” Royals coach Bryan Benjamin said. “He doesn’t let things get to him. He came back after that first inning and said, ‘Hey coach. I’ve got this. We’re OK.’

“He’s just real easy, real calm out there. I was OK with him after those two runs. I figured he’d settle down.”

That the curveball proved to be his “out” pitch is interesting because, by admission, Miller didn’t really even know how to throw it before last week.

Yet as the game went on Miller found his rhythm. The Scarlets didn’t get a base hit off Miller after Andy Larsen singled to lead off the third inning.

“Towards the end we were going to (the curveball) first pitch on a lot of guys. Four or five times I think we went first pitch,” Miller said. “On some of their better hitters we would mix it up late in the count with it.”

The Royals put up seven runs in the third inning, taking advantage of four Scarlet errors. The Royals sent 13 hitters to the plate and had the bases loaded three different times in the frame.

A two-run single by Michael Moorehead was a highlight, as were RBI doubles by Brenden Concepcion and Tucker Smith.

The Billings Legion program celebrated Senior Night before first pitch, and the teams honored 16 players that graduated high school this year. Scarlets coach Adam Hust, whose team committed seven errors total, declined to comment on what happened during the game, but did commend those players on a job well done, calling it “a great night.”

The Scarlets struck first against Miller on a leadoff walk by Brooks Rohrer, a triple by Christian Michaelson and a sacrifice fly from Larsen. But it was tough sledding after that.

“We want to be playing our best baseball in July,” Benjamin said, “and that probably was our best all-around game we’ve played all year — defensively, we ran the bases hard, pitchers threw strikes and we had some clutch hits. I think we’re in a good spot right now.”

NOTES: During the Senior Night ceremony, the BALB program announced the winners of its annual Les Smith awards, which are given to a player from each team based on character, citizenship, teamwork and sportsmanship. The Royals’ Connor Hunter and the Scarlets’ Koby Croft were this year’s recipients. … The BALB board of directors also doled out a pair of $1,500 scholarships for continuing education. Those went to Miller and the Scarlets’ Michael Horrell.