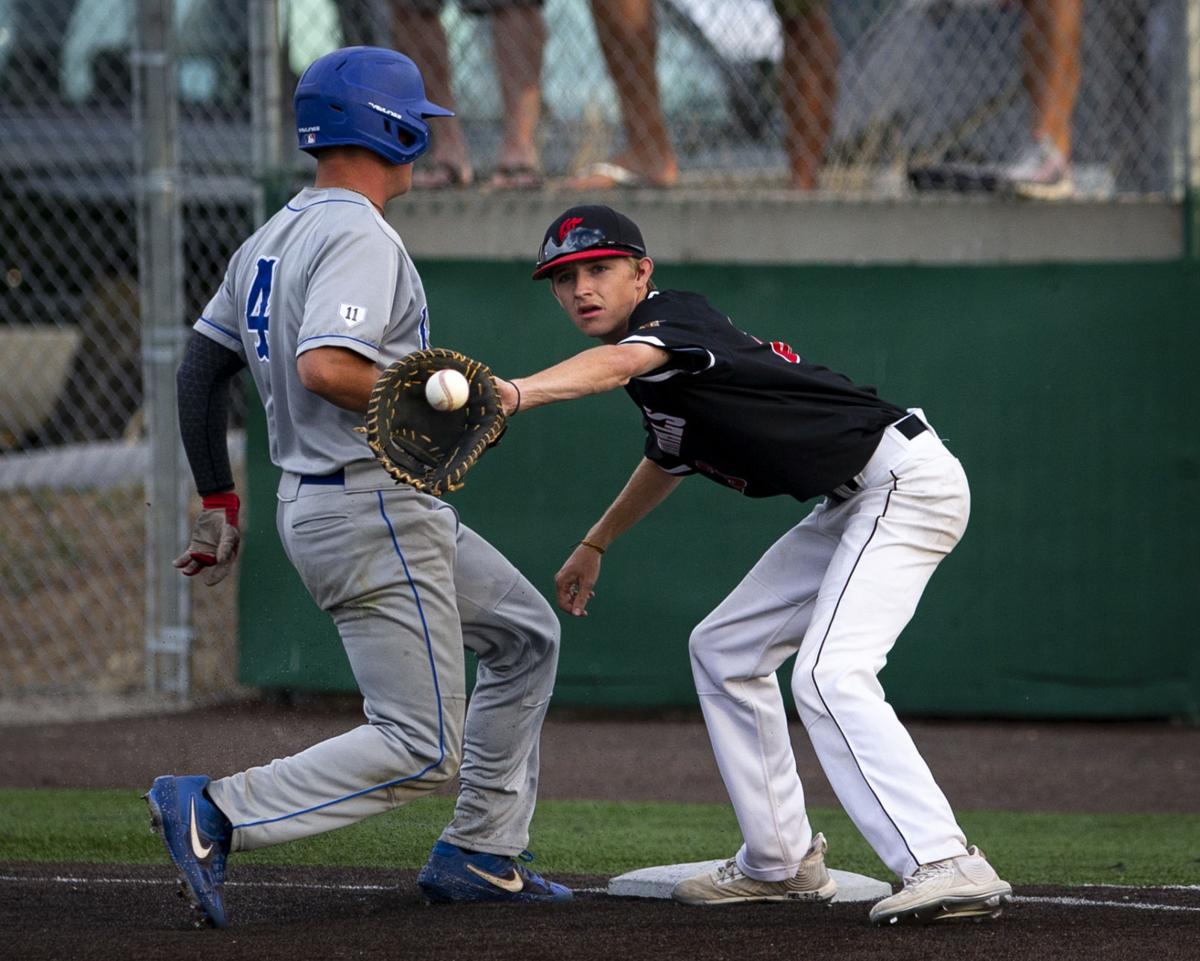 Laurel's Ricky Temporal gets back to first before the Billings Cardinals' Elijah Larson  makes the catch at Pirtz Field on Saturday. 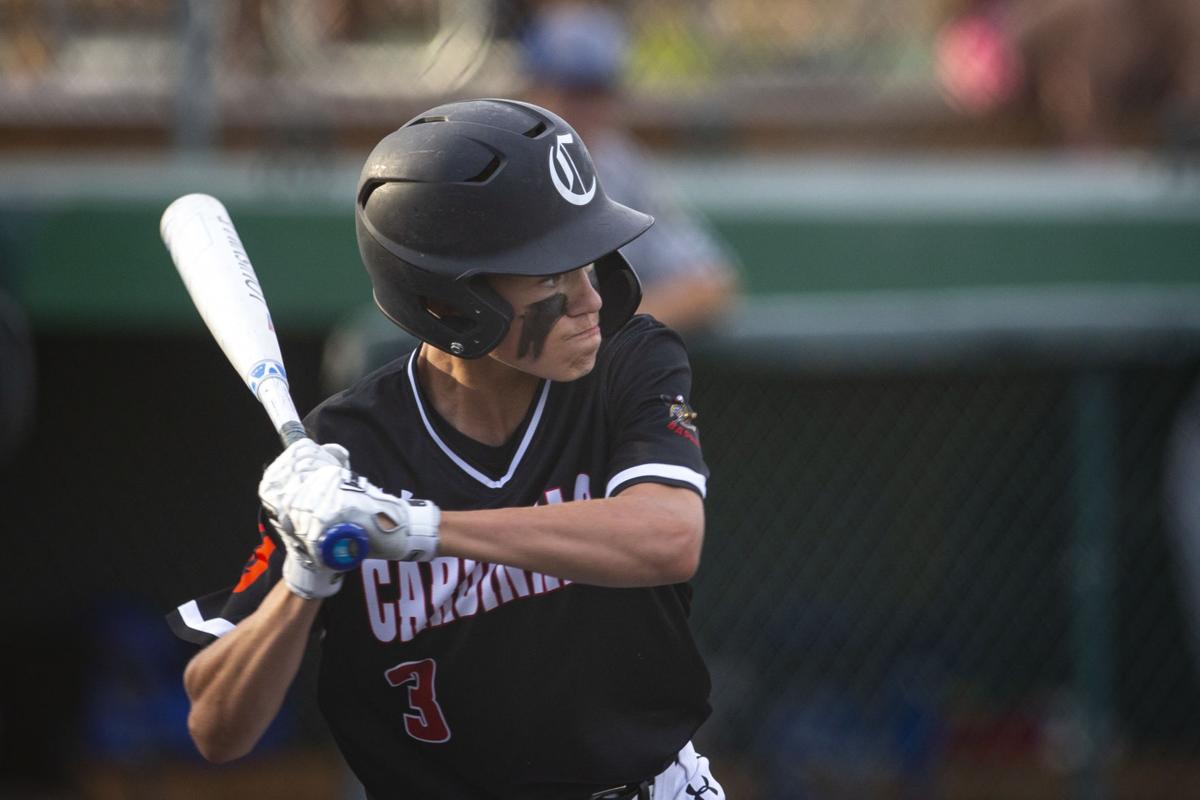 The Billings Cardinals' Kyler Northrop bats against Laurel at Pirtz Field on Saturday.

Laurel's Ricky Temporal gets back to first before the Billings Cardinals' Elijah Larson  makes the catch at Pirtz Field on Saturday.

The Billings Cardinals' Kyler Northrop bats against Laurel at Pirtz Field on Saturday.

BILLINGS — A rally in the bottom of the seventh inning Saturday lifted the Billings Blue Jays to a walk-off victory over Miles City and into the championship game of the American Legion baseball Eastern A district tournament at Pirtz Field.

The Cardinals remained alive with two loser-out victories on Saturday, the last of which was a come-from-behind win over Laurel.

Laurel had earlier stayed alive in the tournament with an elimination win over Froid.

The Blue Jays trailed by two runs in the last half of seventh but scored three times, once on an error and twice on fielder’s choice plays. Carter Venable scored the winning run on a ball off the bat of Samuel McCoy to give Billings an 8-7 victory.

Lance Schaaf went 2 for 3 with two doubles and three runs scored for the Blue Jays, who are the last remaining unbeaten team in the tournament and must now be beaten twice to be denied the district title. Austin Schaff had two hits and an RBI. Bryce LaForest also added a pair of hits, while Davis Mosier drove in three runs.

The Cardinals rallied for four runs in the bottom of the sixth, helping to secure a 5-2 victory over Laurel.

An RBI double by Elijah Larson gave Billings a 3-2 lead, and the Cardinals added two insurance runs on a sacrifice fly by Ryan Nelson and a run-scoring single by Hunter Doyle.

Laurel, which was eliminated, was led by Ricky Temporal, who had two hits and an RBI. Richie Cortese had a hit and scored a run.

Jaden Sanchez threw a complete game to help push the Cardinals past Glendive by a 6-2 score, allowing five hits while striking out four and walking one.

With the loss, Glendive was eliminated.

The Dodgers scored three runs in the third inning and four each in the sixth and seventh en route to a 12-1 win over Froid. With the loss, Froid was eliminated.

Temporal went 3 for 5 with two runs and three RBIs, while Campbell and Cortese combined for four hits and each drove in two runs. Hill struck out four and walked two in the full seven innings.

A roundup of the Eastern A District American Legion baseball tournament Friday in Billings.