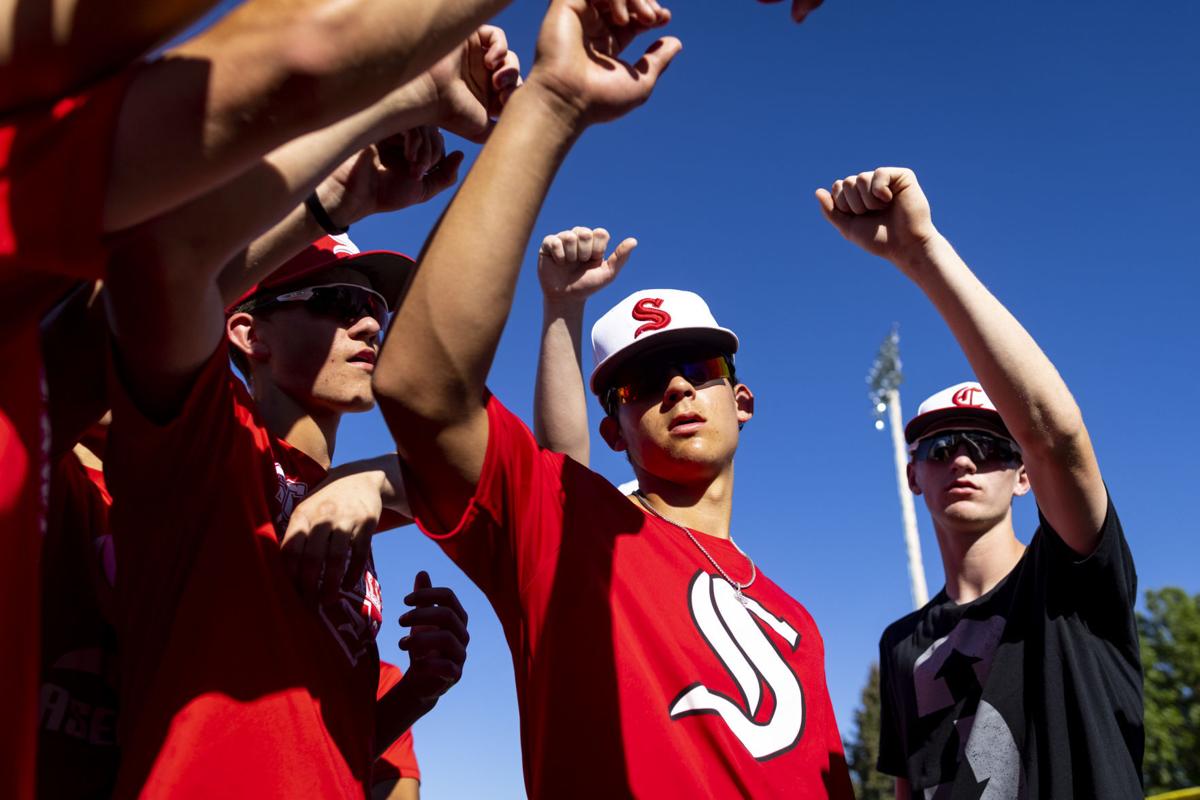 The Billings Scarlets put their hands in for a break during practice at Pirtz Field on Thursday. The Scarlets will meet their nemesis, the Billings Royals, Friday at 7 p.m. at Pirtz. 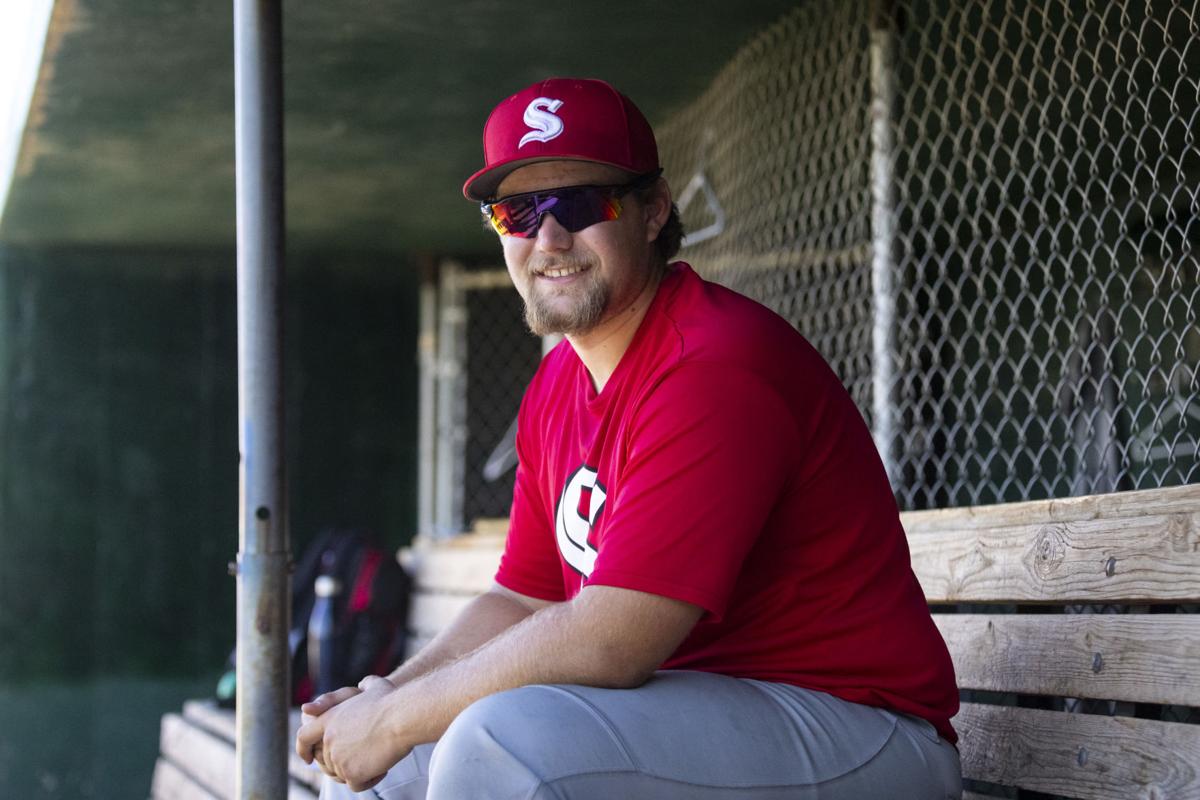 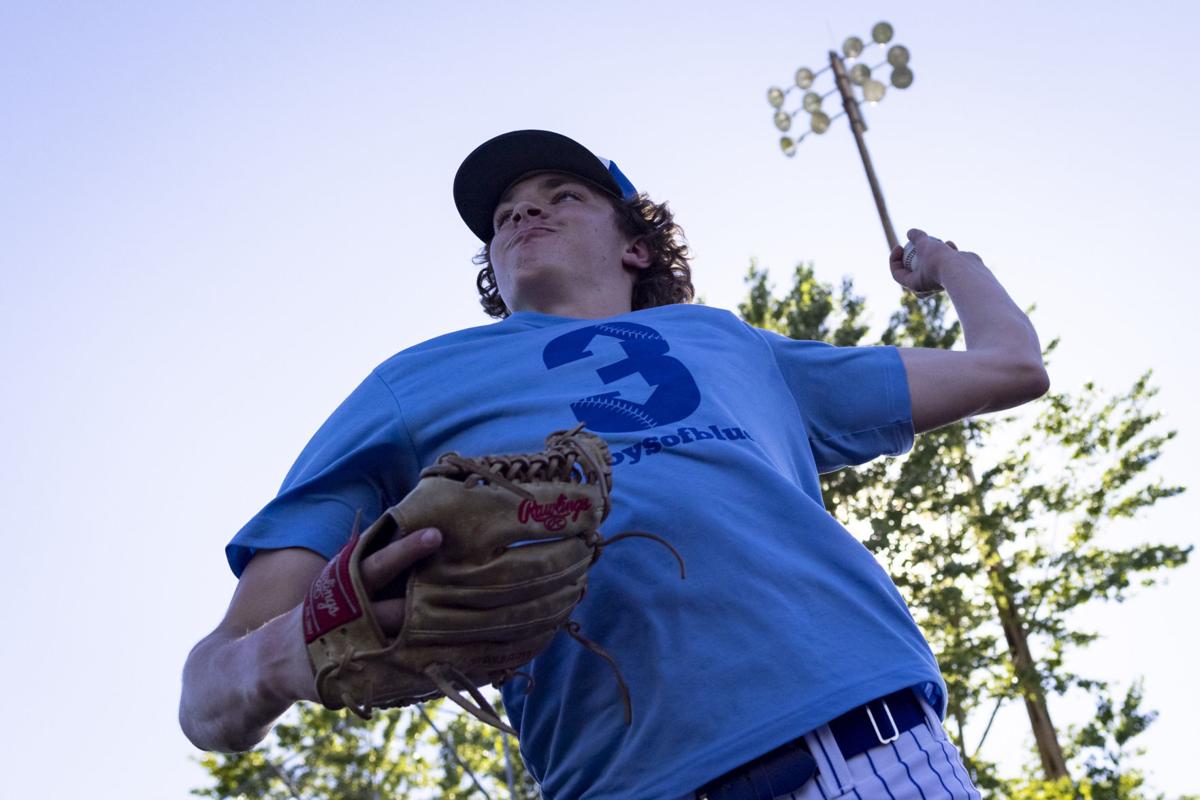 Reagan Walker will be the Billings Royals' starting pitcher when they play the Billings Scarlets Friday at Pirtz Field.

The Billings Scarlets put their hands in for a break during practice at Pirtz Field on Thursday. The Scarlets will meet their nemesis, the Billings Royals, Friday at 7 p.m. at Pirtz.

Reagan Walker will be the Billings Royals' starting pitcher when they play the Billings Scarlets Friday at Pirtz Field.

The second-year Scarlet and 2021 Billings Christian graduate can remember taking in Scarlets-Royals games as a youth and now he’s one of the key players in the series.

The two Class AA American Legion teams will renew their crosstown rivalry at 7 p.m. at Pirtz Field in their second meeting of the season. The Scarlets won the first game 8-3 on May 28 at Pirtz as Jaiden Turner and Bradley Wagner held the Royals to three hits.

Like the first game between the storied rivals, this will be a nonconference affair.

“I love it. There’s nothing better. Ever since I was playing Little League, I’d go watch the Scarlets-Royals and being a part of it last year was amazing,” Feralio said in the shade of the dugout as practice concluded on a hot Thursday at Pirtz.

“This year being a senior is like a dream come true. You’ve seen those guys your whole life. It’s a surreal feeling — you are finally here. When I was a little guy watching the Scarlets, you thought it was pro ball. Now you are here.”

Friday is supposed to be another warm day, with a high temperature of 93 degrees. The temperature at first pitch is forecast to be 81 degrees.

“We’ll have the night, so it will be a little cooler,” said Royals third baseman/pitcher Burke Steppe, who graduated from Billings Senior this spring. “With the new turf (at Pirtz), it gets hot but I’m excited. It’s a fun atmosphere with crosstown games. We’re ready to come back.”

With the win last week, the Scarlets evened their record at 4-4. The Royals are 12-6.

Rocco Gioioso, who had three hits and two RBIs in the first meeting between the two teams, will be the starting pitcher for the Scarlets. Reagan Walker will take the mound for the Royals.

“It will start with our pitching, whoever comes out has to throw strikes and we have to play defense behind them,” Feralio said. “We have to hit the ball hard. We’ll have to scrap for it, but we will.”

Neither team has played since their rivalry matchup last Friday.

The key for the Royals will be to get their bats going. In the first contest, Max Keller had a double and Davis Mosier drove in a pair of runners.

“We hit a lot this week and scrimmaged to get more action with live arms,” Steppe said. “We also won’t have the jitters with the first crosstown game that everyone had. But we’re ready.”

The Scarlets are a young team this year with Feralio being their only senior and one super senior in Jackson Schaubel, who was a freshman pitcher at Dickinson State this past year. Overall, four Scarlets have “considerable” Class AA playing time, with 14 being new to the top American Legion level, said coach Adam Hust.

For most of the Scarlets, last week’s win over the Royals was their first game in the series.

“It was fun watching a bunch of first-time guys in a Scarlets-Royals game play well,” Hust said. “They had a lot of energy and had fun and were just good teammates.

“I think that’s the biggest thing is they all want to play for each other. Hopefully we can keep that mindset and stay humble and play hard and have fun.”

Aside from wanting a rivalry win, both teams would like to play well heading into their conference openers. On Saturday, both the Royals and Scarlets will host Great Falls and Casper, Wyoming, at Pirtz Field.

Both of the Billings teams’ games against Great Falls will be conference showdowns.

“It’s another nonconference game, but we always want to beat the rivals,” Royals coach David Swecker said of Friday's matchup. “We want to play good baseball and get some timely hits and get a good start for the weekend.”

BASEPATHS: The Billings Cardinals (9-12) and defending State A champion Billings Blue Jays (9-5) will meet in a nonconference Class A match at 4 p.m. Friday at Pirtz to jump-start the action. … On Saturday at Pirtz, the Royals will host Great Falls at noon, the Scarlets vs. Great Falls game will follow and the next contested game will be the Scarlets vs. Casper. The Royals will meet Casper to end the Saturday slate.