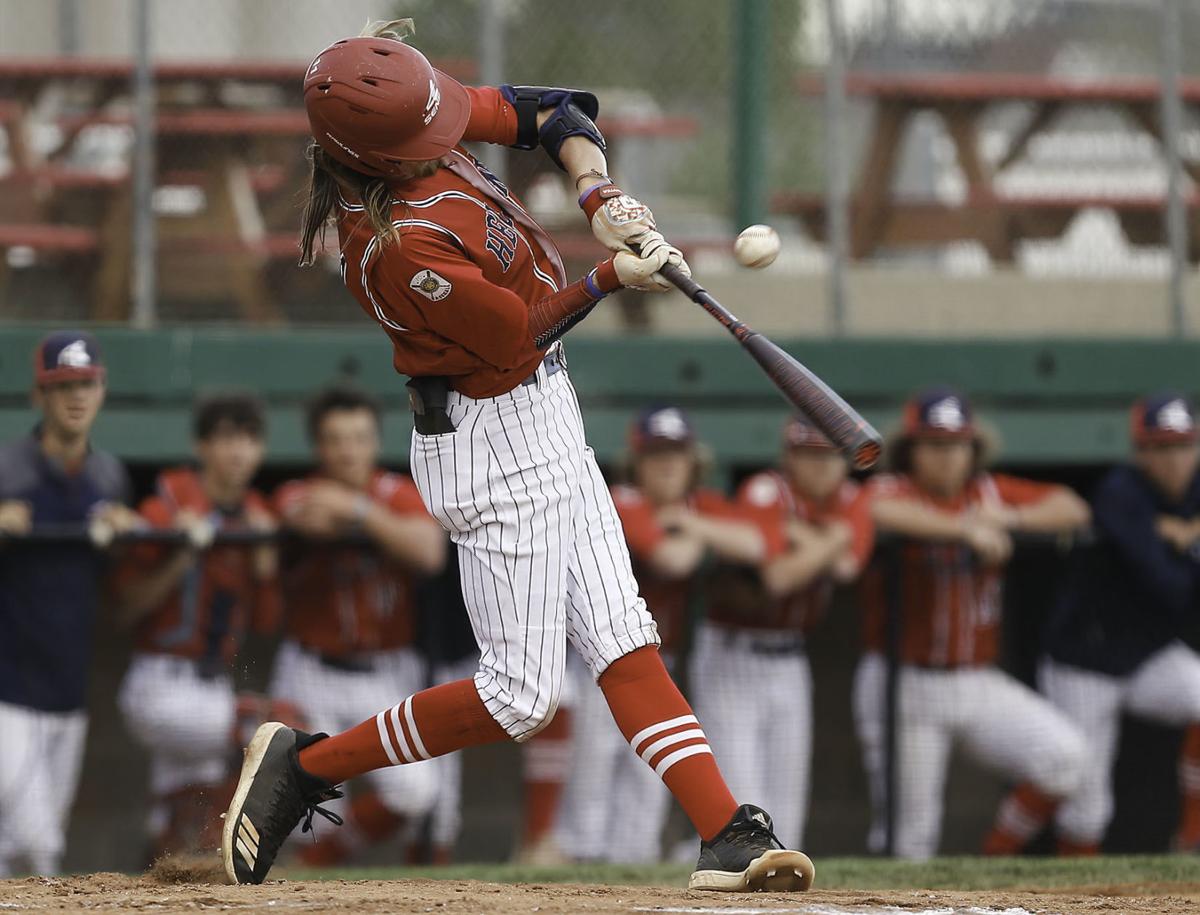 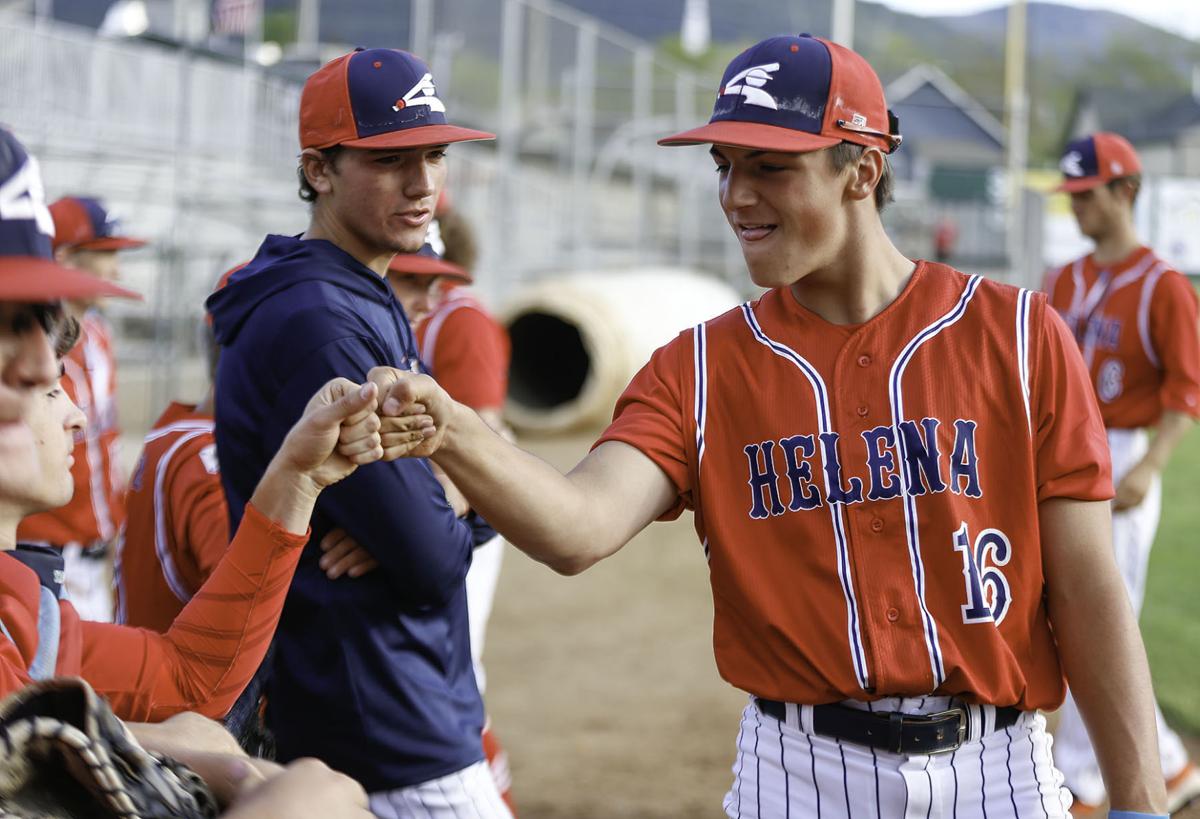 The Senators celebrate in a win over Great Falls Wednesday night.

The Senators celebrate in a win over Great Falls Wednesday night.

HELENA — The hardest hit ball of the night did not result in a base knock, but it lifted the Helena Senators past the Great Falls Chargers all the same.

Trailing 3-2 in the bottom of the seventh, Ethan Keintz stepped to the plate with the bases loaded and two out. Facing a new relief pitcher, Keintz slapped a ball on the ground toward third base and moments later was engulfed by his teammates after a two-run throwing error allowed the Senators to walk-off by a score of 4-3.

“I struggled seeing the first pitcher,” Keintz said. “I was struggling picking up the ball out of his hand. They brought in the new guy and I felt like I was seeing it better off of him from the first pitch. I just got a ball to hit and hit it hard. Once I saw him field it, I just knew I had to run as hard as I could...All I saw was the first baseman lay out, and once I saw him lay out, I knew we had a chance. Then I saw the ball get by and I knew it was over. I just turned and was yelling.”

Helena, playing in its first home conference game of the 2021 season, led until the sixth inning when a Josh Banderob two-run double vaulted the Chargers to a one-run advantage. The home crowd then watched as the Senators loaded the bases in the seventh inning with walks ahead of the team’s hottest hitter in Keintz.

“In that spot, knowing we just need one run to keep the game going, I was just trying to hit a ball hard or wear anything or take a walk if it happened,” Keintz said. “I was just doing anything I could to extend the game more.”

A combined four runs were scored in the final two innings of Tuesday’s contest, but only three came around to score in the first five frames. Southpaws Cy Miller and Hunter Houck had much to do with that on the mound.

While the game stood tied at 1-1 into the middle of the second inning, neither pitcher had allowed a base hit, but had yielded runs on either walks or errors.

“Two pitchers just battled out there in Cy and Hunter,” Senators head coach Jon Burnett said. “I thought they both threw really well, so to be able to get guys on base and find a way to pull it out, it was huge for us.”

The Senators broke through with a Gavin Thennis single in the second and grabbed the lead on a Forrest Suero sacrifice fly-out. Great Falls, on the other hand, stood without a hit into the sixth inning.

Making his third start of the season, Helena’s Miller struggled to find his command early. He walked two batters in the first inning and three more in the second before getting back-to-back punch outs to end the inning. Over the next two frames, the southpaw struck out four more Chargers and added another in the fifth.

“He definitely wasn’t as fresh as he could’ve been,” Burnett said of Miller. “He was a little wild at times, but he bared down when he needed to and left the game with the lead. Got out of a huge jam in his last inning, bases loaded, and made the pitches when he needed to. I think he did pretty well today.”

With eight walks on the afternoon, Miller’s pitch count dictated his outing would last just five innings, even with his no-hitter still intact. On 103 pitches, Miller struck out another eight batters and worked ahead to 17 of the 23 he faced on Tuesday. Of those, only six put a ball in play against him.

“I think he was pitching really well and just barely missing off the zone,” Keintz said. “It looked like he was missing up a little bit. Overall, he threw really well and they couldn’t hit him as well as he was throwing.”

Houck was equally as good for the Chargers, and with his pitch count in check, he worked into the seventh. Still, three walks spelled the end of the night for the lefty, and despite 6.1 innings of two-hit ball, Houck was tabbed with the loss following the game-ending error.

Those two hits are all the Senators could muster in the win, but on a night when the starting pitchers combined for 15 free passes, it was enough.

Helena improves to 8-1 in its last nine games and 14-3 since May 1. At 19-7 overall, the Senators hit the road on Thursday for a doubleheader against the Bozeman Bucks. First pitches are scheduled for 5 and 7:30 p.m.