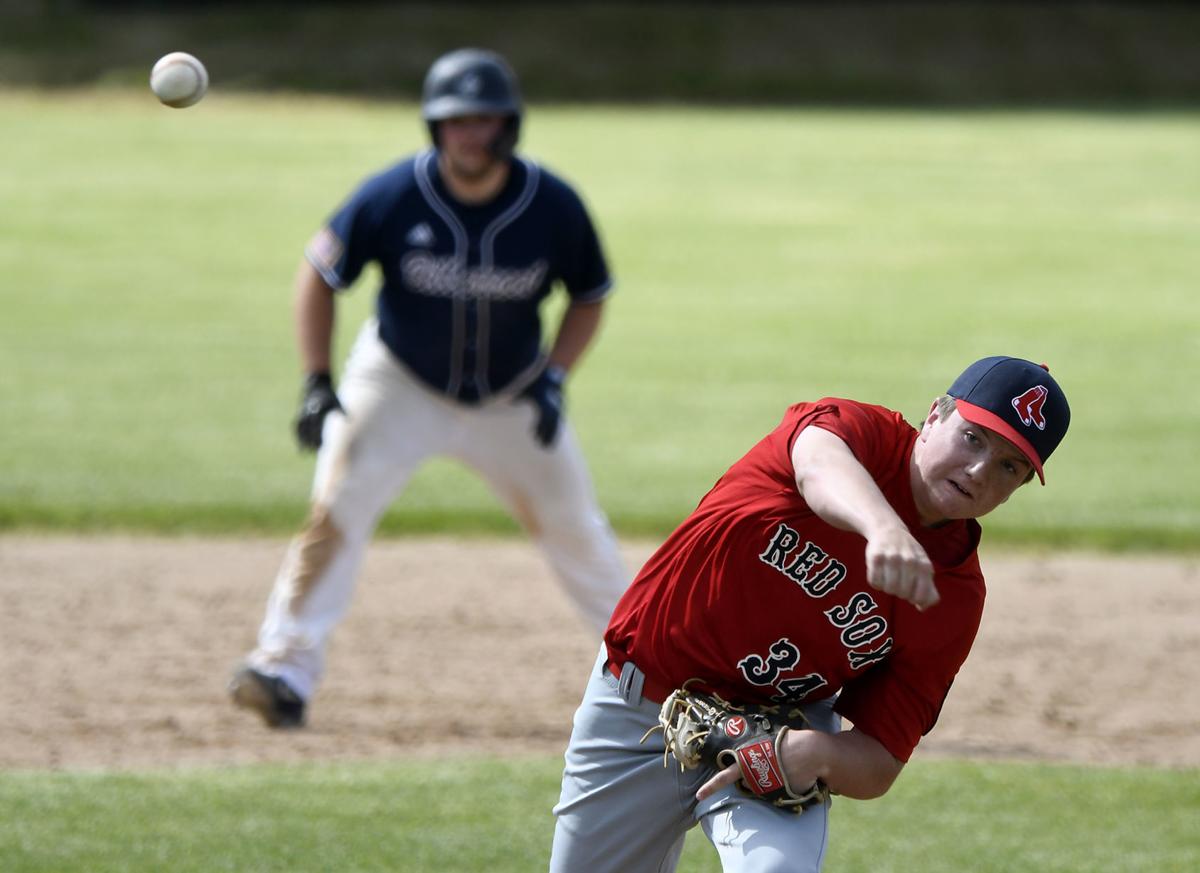 Bridger Huxtable of the Bitterroot Red Sox throws a pitch against a Bitterroot Bucs batter on Friday in Florence. The Red Sox won 9-0. 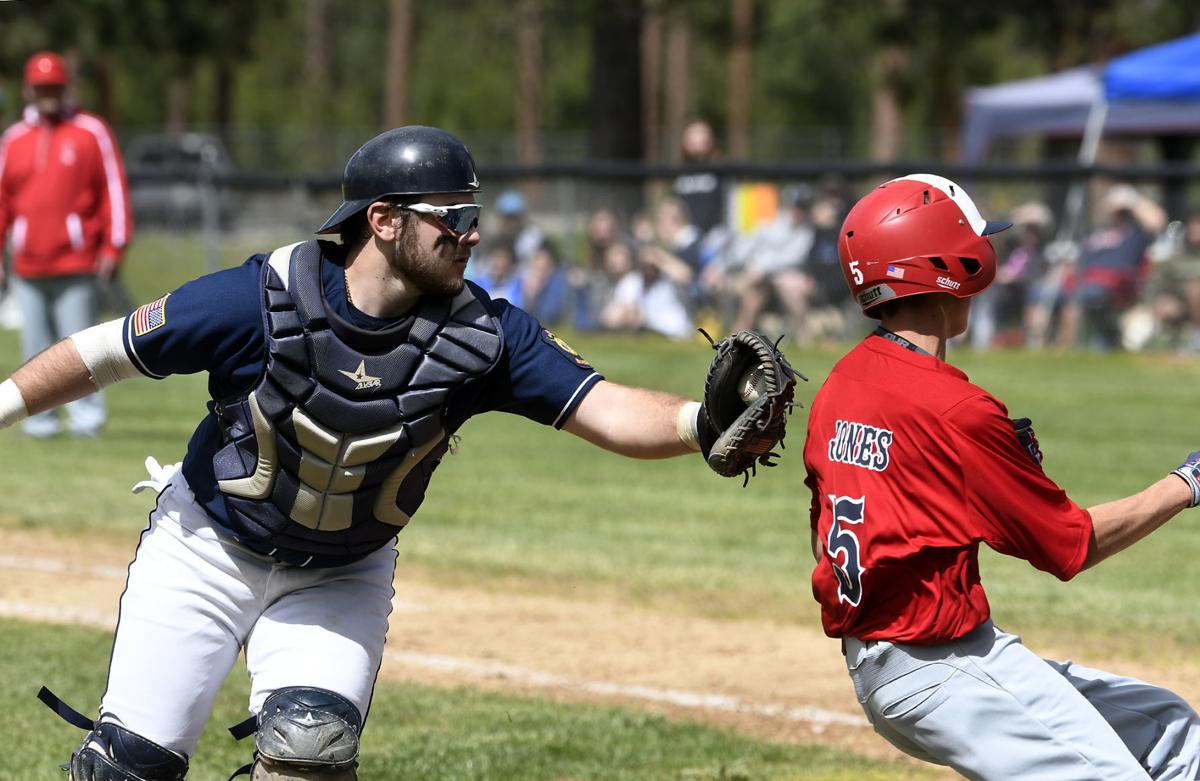 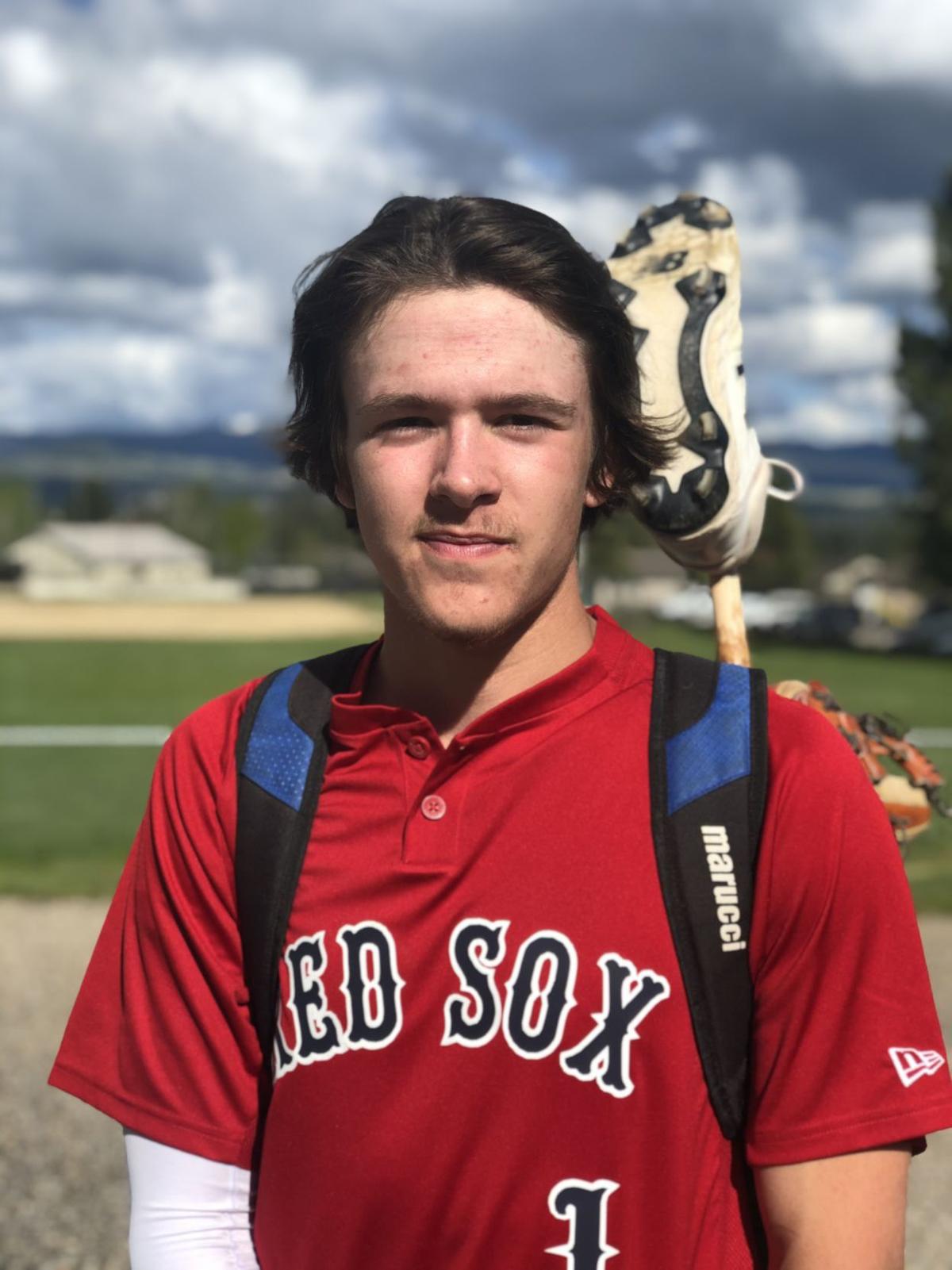 Bridger Huxtable of the Bitterroot Red Sox throws a pitch against a Bitterroot Bucs batter on Friday in Florence. The Red Sox won 9-0.

FLORENCE — Mack Wright covered quite a large amount of ground to steal the show with a dazzling catch Friday, especially when you factor in the distance the Bitterroot Red Sox center fielder traveled during his move from Tennessee to Montana just five weeks ago.

Wright’s full-extension diving catch after of an all-out sprint to left-center field preserved the shutout, while his clutch hitting jumpstarted the Red Sox in a 9-0 win over the Bitterroot Bucs in the return of Class A Legion baseball to Montana amid the coronavirus pandemic.

“It felt refreshing to be out here playing again,” Wright said after the first game of the five-team, 11-game Class A Memorial Day tournament. “It was a great day to play. It’s beautiful out here. The mountains are definitely something to look at because you go to Tennessee, you see hills, you don’t see anything like this. Any day you get to be here at the ballpark and play some baseball, it’s always a good day.”

Wright moved to Montana in April with his grandparents he lives with after the cancellation of in-person classes in his hometown of Lebanon, Tennessee, which is 30 miles east of Nashville. They were planning on moving to Montana for the summer, but the ability for Wright to do online classes allowed them to come to Montana, which is less impacted by the coronavirus, earlier than expected.

Fortunately, his grandfather found out about Legion baseball in Montana, so Wright has been able to keep playing even after high school spring sports in Tennessee were canceled. The senior-to-be did have to give up summer travel ball back home, which is in jeopardy of being canceled because of the virus anyway, in order to move with his grandparents, who bought a home in Montana in February and are planning to live here full time starting next summer.

Back on the diamond, Wright made quite the impression. Not only did he come up big in the field by flashing the speed he’s used since starting baseball at 6 years old, but the right-handed hitter went 1 for 2 at the plate with two walks, a run scored and a two-out, two-run single on a first-pitch fastball, which kicked off the scoring in a six-run fourth inning.

“Playing baseball, you got to have the mentality of, ‘I just got to be clutch,’” Wright said. “I knew we were on a good start right then. I just needed to get it over the infield, try to score a run. Just the clutch moment, I was feeling good after that hit. It’s just a rush.”

Wright is one of the numerous new faces for the team that returned just three starters from last year. He’s also part of an outfield that fourth-year manager Kallan Grenfell called “a no-fly zone” because of their ability to cover ground to make catches, like right fielder Tristan Lewis making a diving catch to keep a run off the board in the third inning.

"He's looking like a nice addition," Grenfell said of Wright, who also can pitch.

Red Sox catcher Mitch Spinetta came through with a two-run single, left fielder Tyler Jones had an RBI fielder’s choice, and the team scored two runs on errors and one on a wild pitch. While there was much to improve upon, the win made the return to baseball even sweeter for Grenfell in front of about 100 fans.

“I was surprised by how many fans there were,” Grenfell said. “They did a good job of staying spread out. I mean, you get Bucs-Red Sox, there’s not much better than that. So, it was a fun day.”

The game between the Hamilton-based Red Sox and the Florence-based Bucs was the second Legion baseball game in the state. Class AA Missoula and Helena brought team sports back to the state Thursday night with about 300 fans in attendance.

It was still a unique opportunity for both Bitterroot teams as live sports, especially those with fans in attendance, remain almost entirely sidelined across the country.

“It’s honestly kind of crazy,” Grenfell said. “It feels good, but you have all those things you have o do, and we’re working on that to making sure we stay within the guidelines. It’s a learning experience as we go.”

The Bucs, who added a hand-washing station next to their dugout, managed two hits and 11 baserunners. They stranded a runner on third base three times against a trio of Red Sox pitchers.

It wasn’t the start they were looking for after bringing back seven starters from last year’s state runner-up team. But they did have some highlights, like right fielder Johnny Lineback throwing out a runner at the plate to turn a double play.

“Our question this season is how do we respond from last year’s state tournament,” Bucs fourth-year manager Austin Nogle said. “I told the kids: We can’t win state today. We can’t lose it either. We’ve got a lot of season left.”