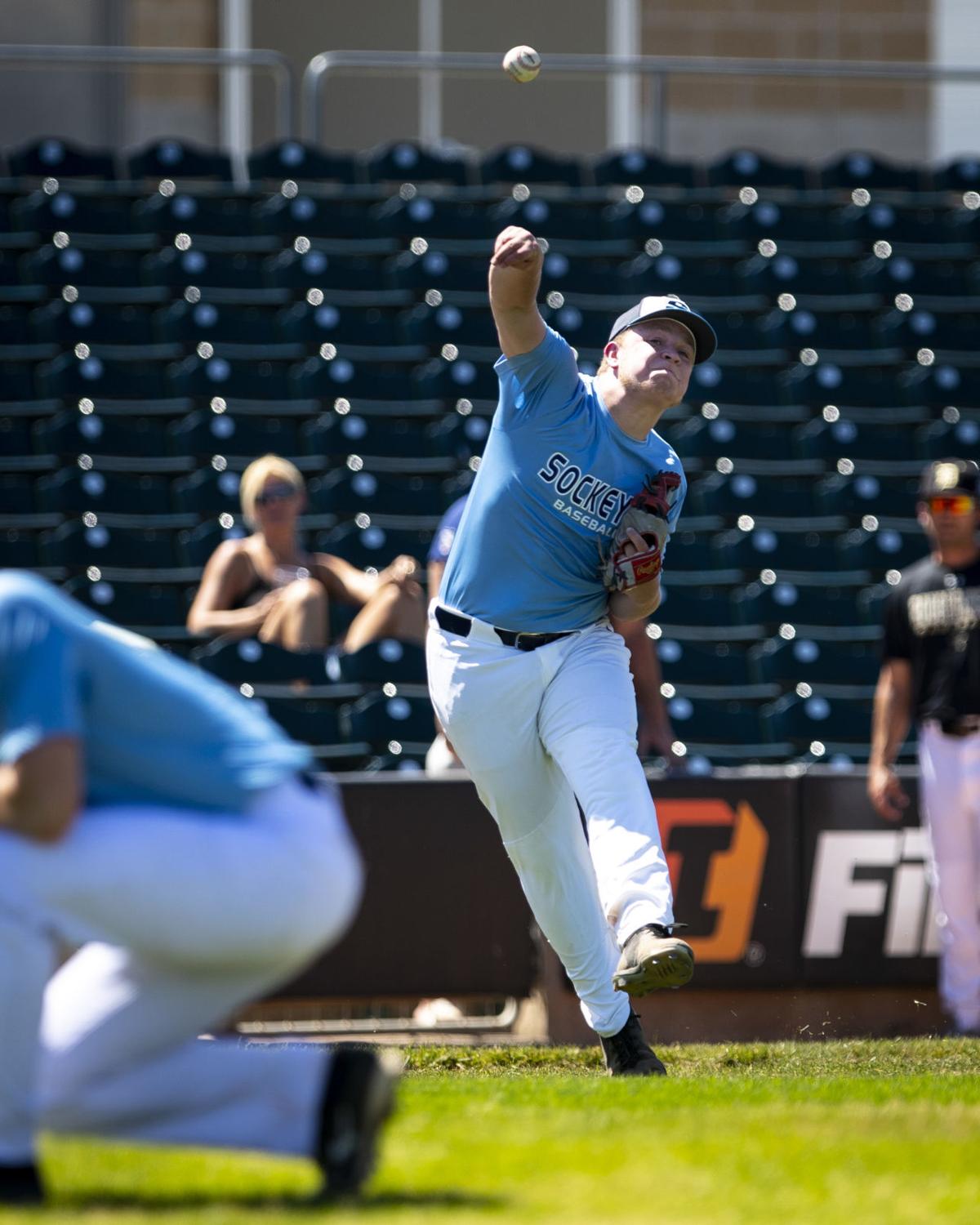 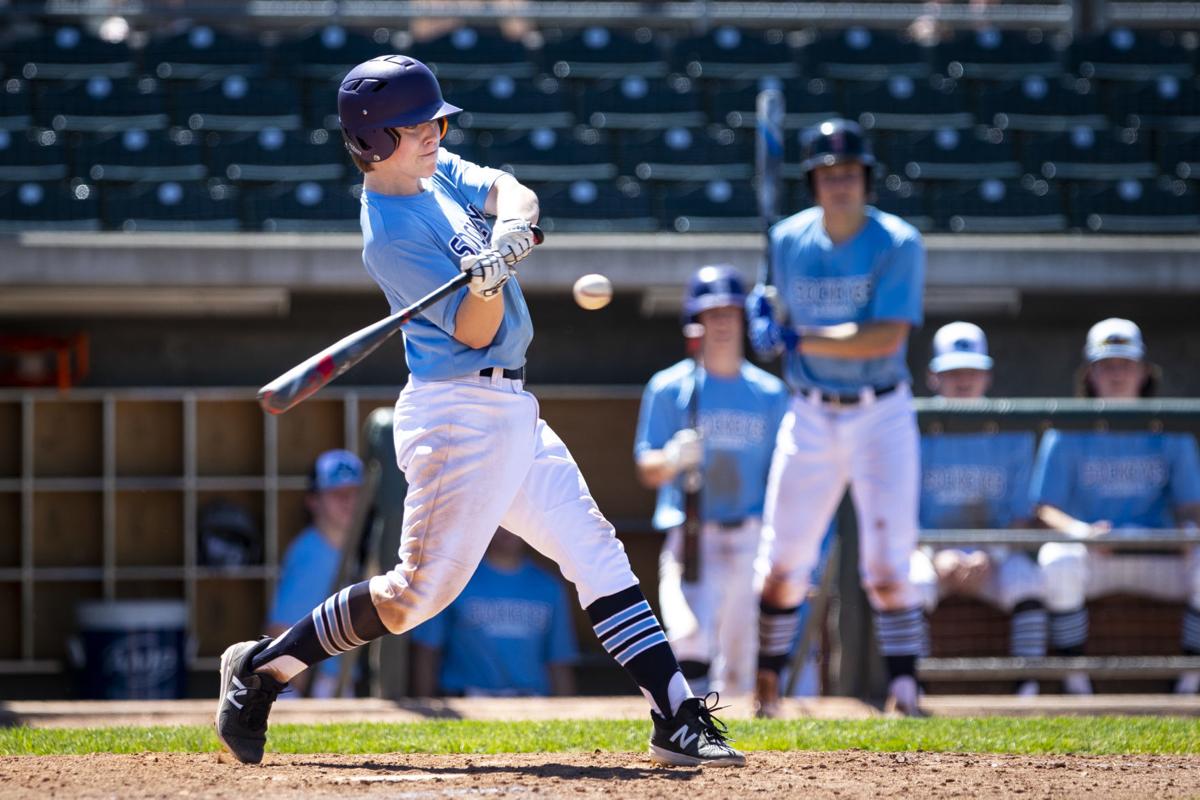 BILLINGS — Most baseball teams across the country haven’t played their usual amount of games this season due to the coronavirus pandemic largely shutting down live sports in the spring.

While in Big Sky Country, teams like the Royals and Scarlets began playing under the Department of Montana American Legion umbrella in late May, teams in Oregon haven’t been as fortunate explained, Sockeyes Baseball coach Jamie Langton.

American Legion baseball has been shut down in Oregon this year. The Oregon high school baseball season was also wiped out because of the virus.

“We decided to go independent and try to find a place to play baseball and here we are,” said Langton at Dehler Park Friday afternoon before the Sockeyes, based out of Beaverton, Oregon, played Dickinson, North Dakota, in the Goldsmith Gallery Jewelers Baseball Tournament.

Langton credited former Royal Kevin Angland for helping to arrange the trip to the Magic City for the Sockeyes.

Angland is currently a JV coach at Beaverton High School, where Langton serves as the head coach.

“One of our former players coaches the JV team out there,” Swecker said. “He reached out to us and the next thing you know they are coming to our tournament.

“It was awesome he was looking out for us and knew we hosted a good tournament and got a team from out there to come to our tournament. It’s awesome.”

In their first game of the year, the Sockeyes suffered a 4-1 defeat to the Scarlets at Pirtz Field Thursday evening.

However, considering the team formed just two weeks ago spirits were high — after all the Sockeyes were playing baseball for the first time this season.

“It was an easy decision to get some baseball in,” Langton said. “Baseball is shut down completely in Oregon. Yesterday was these guys’ first game since last July.”

The Sockeyes notched their first win of the season in a 10-5 victory over Dickinson (North Dakota) on Friday at Dehler.

Kane Kiaunis, 19, graduated high school this spring and is the only senior on the team. He looks forward to joining the Chemeketa Community College (Oregon) baseball team next year, where he’ll catch and pitch.

Kiaunis said he, like all of his teammates, is “excited to play baseball.”

“In Oregon, we are cooped up with the quarantine going on,” he said. “It’s a nice change of pace for sure.”

Usually the Sockeyes are comprised of four high schools during the American Legion baseball season, but “due to the uncertainty of our summer, we had to get a few kids from a few other high schools,” said Langton.

Since reforming when learning about the Billings tourney — the Sockeyes don’t have any other games scheduled for sure this year — the team has had limited practice opportunities because of social-distancing practices in Oregon. During the indoor practices, players attended in shifts.

Langton said Beaverton is still in phase 1 of reopening and baseball fields and facilities at public schools are still closed.

With players from many schools coming together to form a team, many of the teammates are still finding their form on the field and getting to know each other.

“We had four practices before we got here inside an independent hitting facility,” said Langton. “We didn’t take ground balls or fly balls.”

“I just met most of them before the game,” added Kiaunis, who during a regular season would have played for a different team. “It was interesting that way. It’s not a normal situation we deal with.

“They are great guys with a lot of interesting personalities for sure. It’s nice to meet fellow good baseball players.”

While in Billings, Langton said he hopes to network and establish connections for other possible tourneys the Sockeyes could compete in this year, although he acknowledged another long trip may be difficult to do financially.

“A lot of the parents are in the same boat and want to have some normalcy and watch some baseball instead of being quarantined in their homes,” Langton said.

Other options for the Sockeyes to play include possible games in southern Oregon or northern California later this summer, said Langton.

But, instead of focusing on the future, the Beaverton players are hoping to make the most of their trip to Billings.

“It was great Thursday and went better than we expected for not seeing live pitching in months,” said Langton.

Annual tourney is Thursday through Sunday at Dehler Park and Pirtz Field.