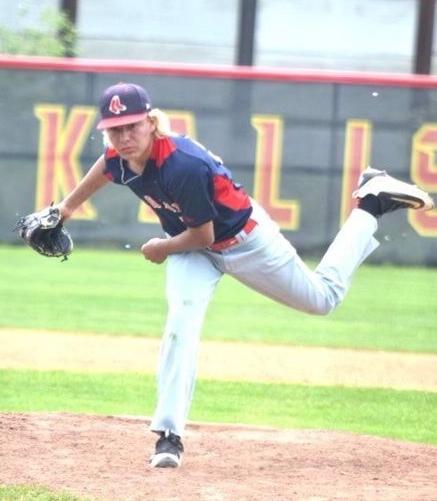 Tristan Lewis has had great success on the mound and in the outfield for the Bitterroot Red Sox and he'll try to do more of the same for Presentation College in South Dakota. 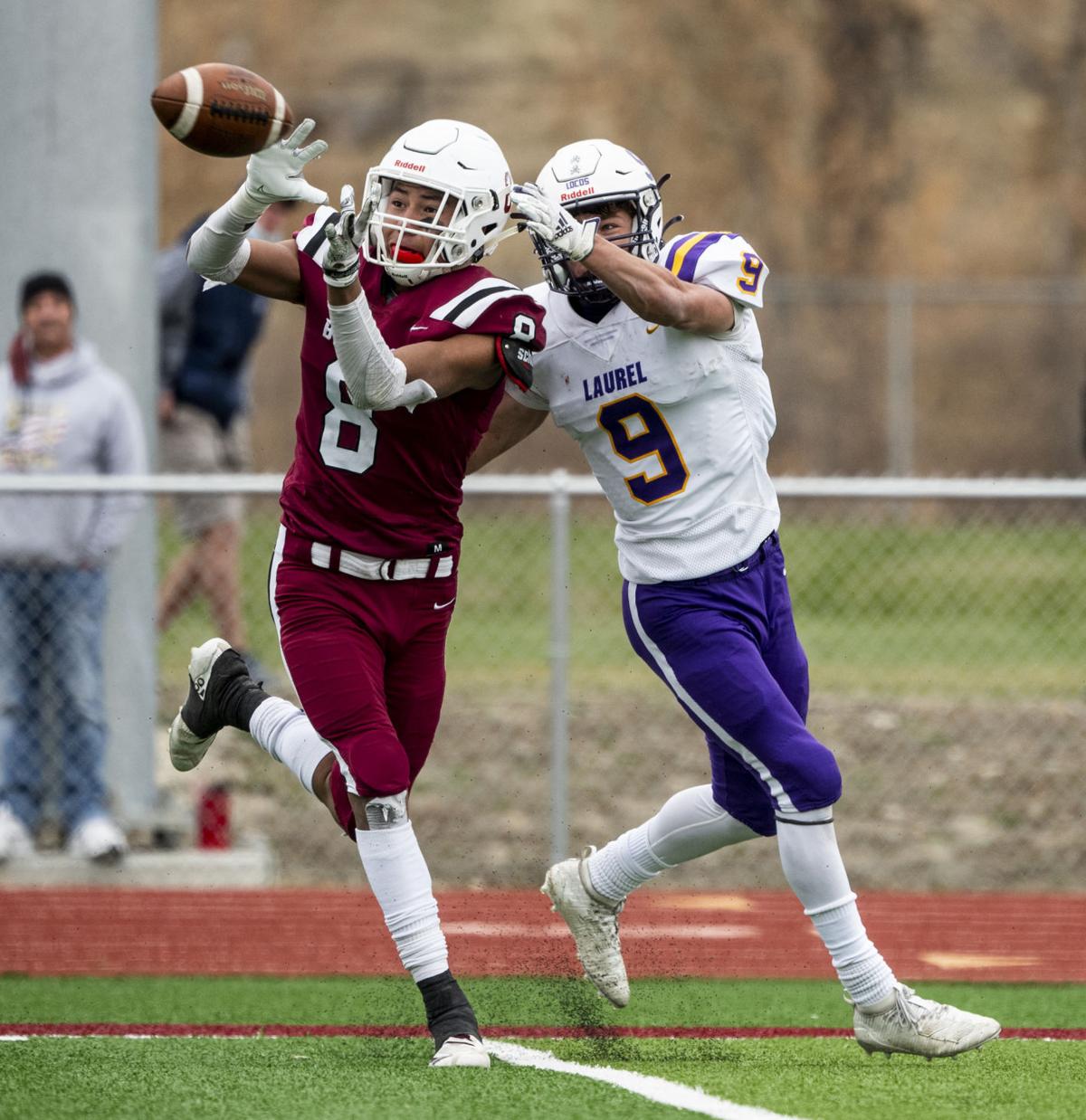 Hamilton's Tristan Lewis (8) intercepts a pass intended for Laurel's Jack Waddell (9) during their Class A semifinal football game at Hamilton High School earlier this year. He'll try and play both football and baseball in college. 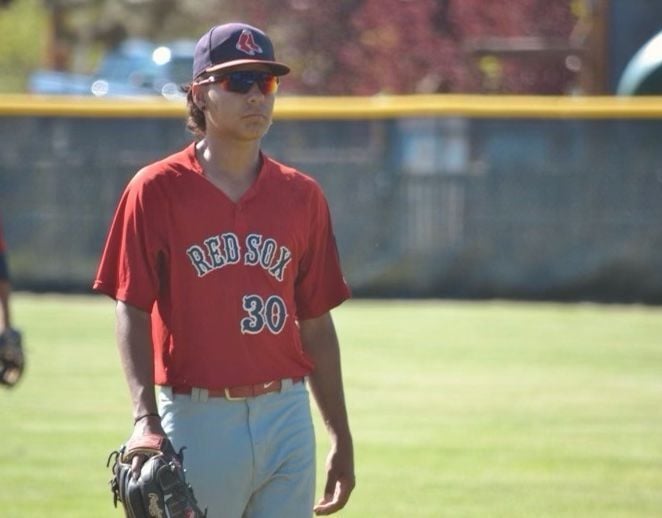 Tristan Lewis had a great career with the Bitterroot Red Sox and the Hamilton Broncs football team. Now he'll try to play both sports at the college level. 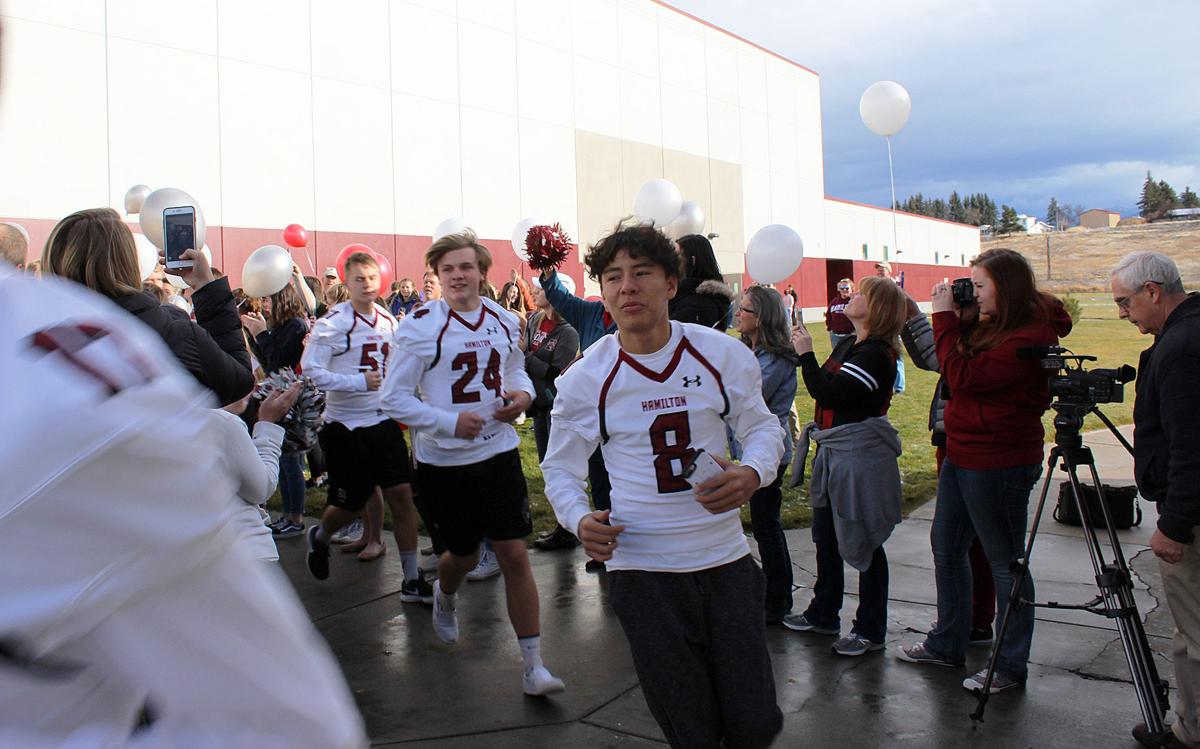 Tristan Lewis has had a great career for the Hamilton Broncs football team, which he'll try and parlay into success at the next level.

Tristan Lewis has had great success on the mound and in the outfield for the Bitterroot Red Sox and he'll try to do more of the same for Presentation College in South Dakota.

Hamilton's Tristan Lewis (8) intercepts a pass intended for Laurel's Jack Waddell (9) during their Class A semifinal football game at Hamilton High School earlier this year. He'll try and play both football and baseball in college.

Tristan Lewis had a great career with the Bitterroot Red Sox and the Hamilton Broncs football team. Now he'll try to play both sports at the college level.

Tristan Lewis has had a great career for the Hamilton Broncs football team, which he'll try and parlay into success at the next level.

MISSOULA — The opportunity to continue to play the two sports he loves most was just too good to pass up for Hamilton's Tristan Lewis.

Lewis has played baseball as long as he can remember and football for nearly the same length of time. He has had a lot of success in both as Hamilton Bronc football has been a force for years and the Bitterroot Red Sox remain one of the best A Legion teams in the state.

Now he has parlayed that opportunity to a spot on the Presentation College (S.D.) baseball team and an opportunity to join the football team as a walk-on. His recruiting picked up during his junior summer for baseball and Lewis and his father, Donald, started to put up highlight videos on several sites.

Lewis made a Twitter account and spent time emailing coaches across the Northwest. Assistant Saints baseball coach Scott Berge liked what he saw in the lefty, who expects to play outfield and possibly pitch for Presentation.

"I knew (junior year) I wanted to go somewhere and play, to have the chance to play baseball somewhere," Lewis said. "And then football came along, I earned a spot as a cornerback and played phenomenal, got all-state and I was like, you know, I could probably play football if I wanted to and so I said, why not?"

It is not the first time a Presentation athlete has opted to play both sports, as it's something a player did last season. Trey Pajimula was listed on the football team as a running back and as an infielder on the baseball team.

The two coaching staffs, in fact, have made similar plans in the past for some of the overlap. Football is a fall sport and baseball is in the spring, but an overlap will come with some of the offseason weightlifting and other training.

That does not make Lewis nervous and he feels he'll have the time management skills to figure out both. Presentation competes in the NAIA as part of the North Star Conference and is a Catholic school of about 800 students in Aberdeen, South Dakota.

Simply playing both sports was not the only draw, either. He liked a lot of the things they talked about as being important as well as the academic side. Lewis plans to stay in the athletics world and is considering sports management, coaching and perhaps even sports medicine.

Presentation has a strong athletics coaching program, which Lewis said was a major draw.

"It was just the best fit for me academically and it was somewhere I felt like I could make an immediate impact and leave the program better than it was before because it's still developing," Lewis said. "It was a plus like that growing up a Bronc. They really preach family.

"Presentation, I felt like they had the same family aspect in their program and it also helped in the recruiting process that they were recruiting me in both, so that was a plus."

Lewis had interest from Pacific University in Oregon and a junior College, Yakima College as well, but liked what he saw on the virtual tours of campus and the town. He has not had the chance to see Aberdeen, which is about the size of Helena, in person due to the pandemic, but said he and his family expect to see the town and college sometime in January.

Once he gets there, he knows it will be a tough road ahead to get the chance to see playing time in both sports. He is a versatile athlete, listed as 5-foot-10, 155 and is very speedy.

"On the baseball side of things, they talked to me and told me they really like me as an outfielder and they said they'll develop me as a pitcher too," Lewis said. "I was getting mostly recruited as pitcher and I'm really a utility guy and at Presentation they like two-way players, which is nice."

He mostly played defense for the Hamilton football team as the Broncs made it to the Class A state semifinals this year, but caught two passes for 52 yards — both touchdown catches — on offense.

On defense he had 29 total tackles, including 18 solo. He also had two interceptions, six passes defensed and even forced a fumble. Lewis said he expects to start off as a cornerback for the Saints.

In baseball his arm has been clocked at 82 mph and hit 7.40 seconds in the 60-yard dash. The Red Sox took the state title his 8th-grade year and the following season he got a chance to pitch in several postseason games, including a save in a district tournament game that put them in the district title.

He pitched in the state championship his sophomore year, though last summer, his junior year, the Red Sox's season was cut short after someone around the team caught COVID-19 and the team was unable to compete at the district tournament.

Next up will be a swing at the college game, one he is looking forward too immensely. But he'll never forget the time he spent coming into his own in Hamilton.

"Being a part of that Red Sox team has changed my life drastically," He said. "I've played with so many great guys that have gone on ... It lets you know that it really is possible to go out and just be an athlete at the next level."

High school teams didn't know how much they were going to be able to play this fall because of the pandemic. All sports were completed, and Missoula Sentinel senior Zach Hangas ended the fall with two state championships.