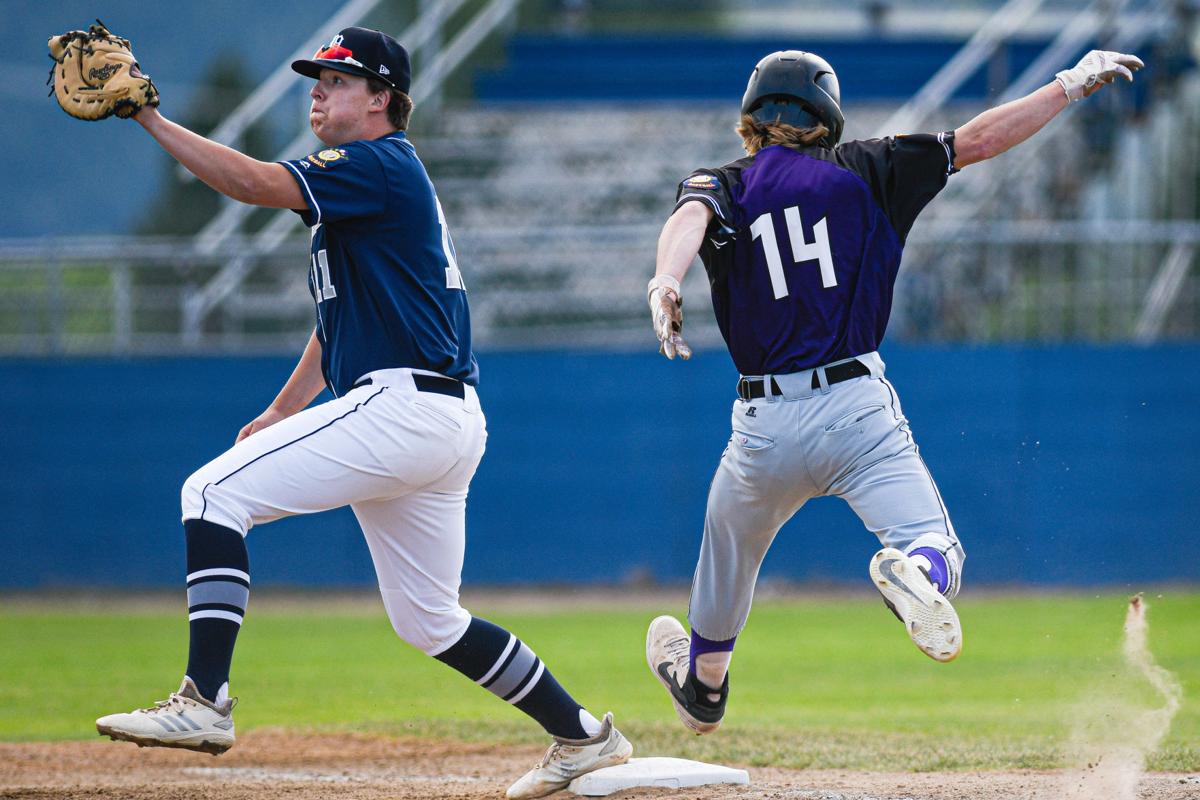 Missoula first baseman Zach Hangas receives the throw while Northern Lakes' Jaret Taylor tries to leg out a hit during the Mavericks' 9-5 first-round victory in their own annual Memorial Tournament on Thursday evening at Lindborg-Cregg Field. 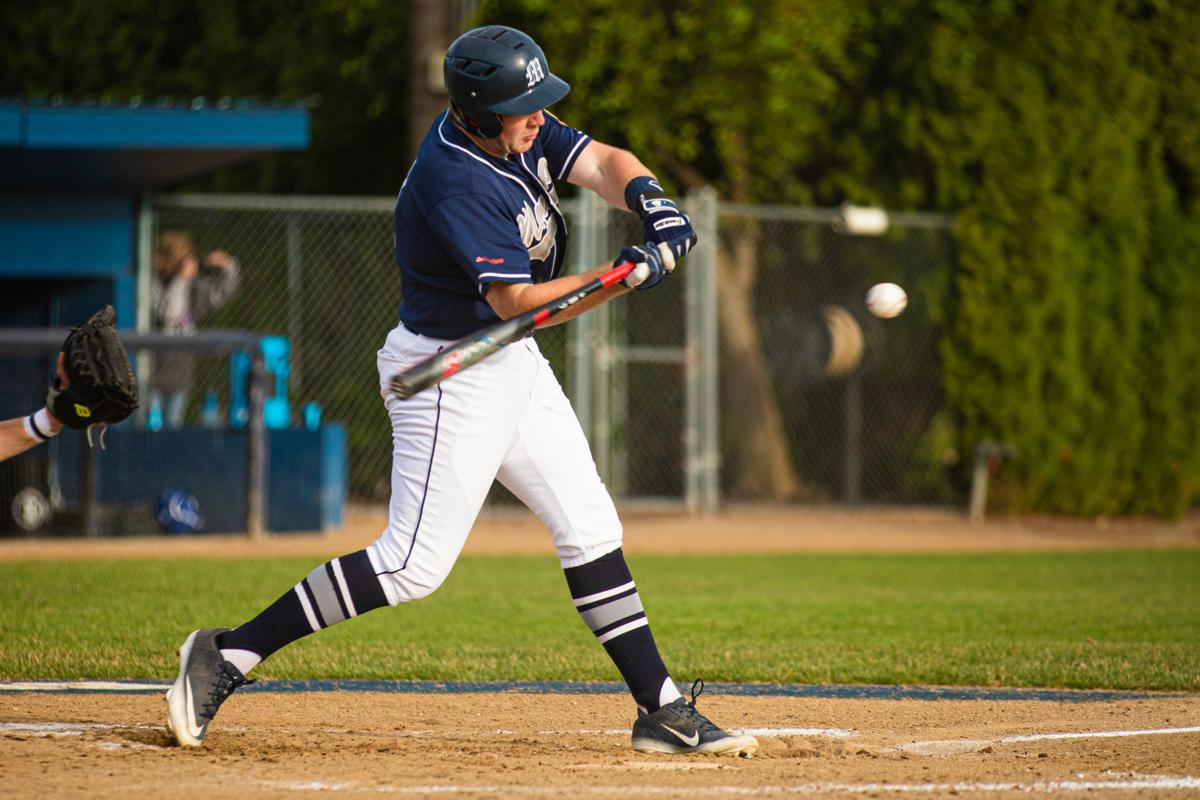 Missoula's Drew Stensrud swings at a pitch during the Mavericks' 9-5 victory over Northern Lakes on Thursday evening. 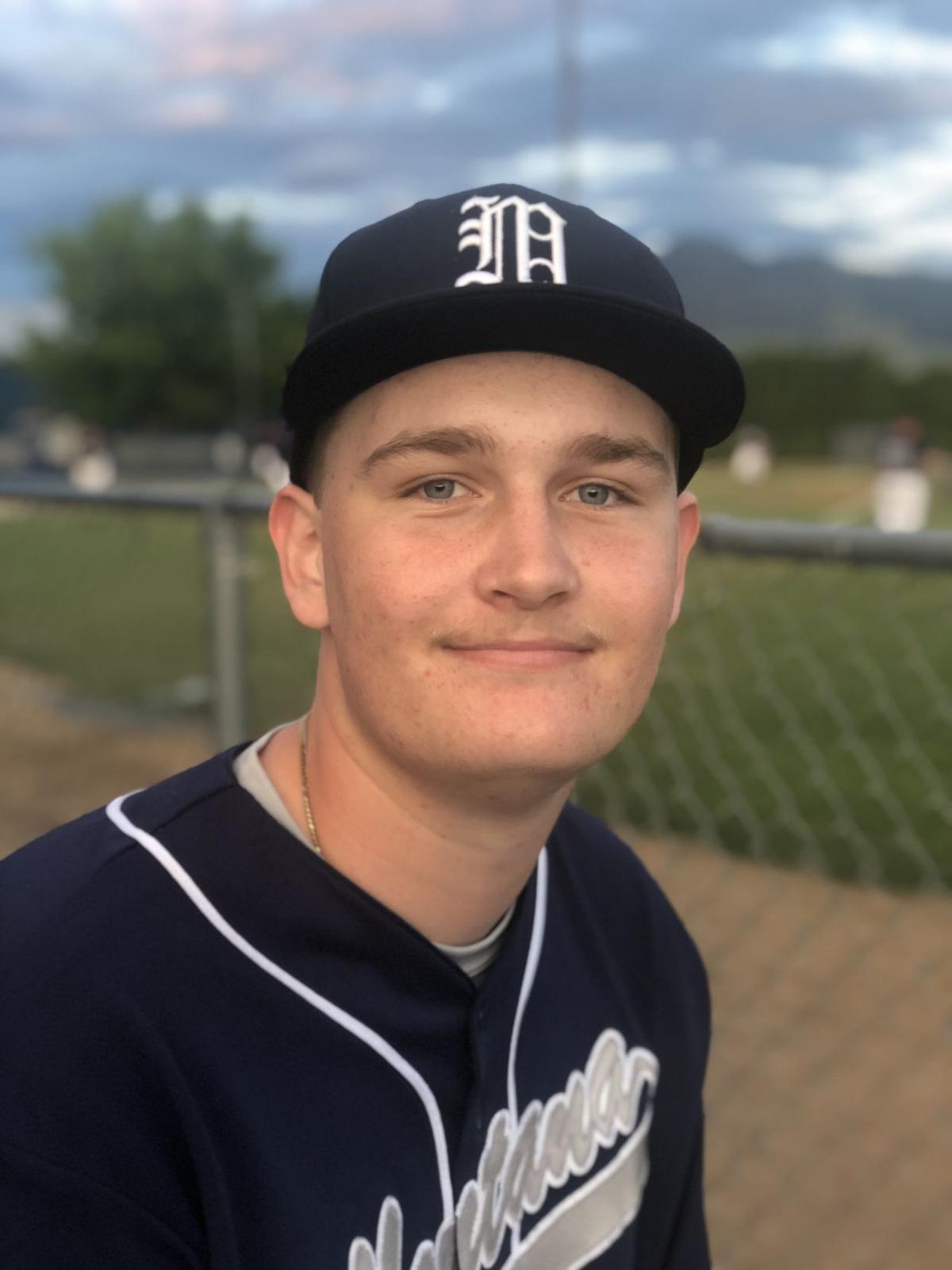 Missoula first baseman Zach Hangas receives the throw while Northern Lakes' Jaret Taylor tries to leg out a hit during the Mavericks' 9-5 first-round victory in their own annual Memorial Tournament on Thursday evening at Lindborg-Cregg Field.

Missoula's Drew Stensrud swings at a pitch during the Mavericks' 9-5 victory over Northern Lakes on Thursday evening.

MISSOULA — Nolan McCaffery needed to get ticked off to show his true potential Thursday at Lindborg-Cregg Field on the first day of the Missoula Mavericks’ Memorial Tournament.

McCaffery threw a complete-game five-hitter, closing with five hitless and scoreless innings and getting a seven-run fifth inning from his offense to help the Mavs (12-9) erase a 5-0 deficit to earn a 9-5 win over Idaho’s Northern Lakes Mountaineers.

“It just took those two innings to get me rattled up and mad,” McCaffery said while icing his right arm after throwing 102 pitches, 67 of which were strikes. “Coach (Brian) Moser just came over and said just throw loose and let it rip. I just flipped a switch in my head and just let it rip. That’s definitely a big factor for me to start that earlier in games.”

McCaffrey, who also started slow his previous game at Bozeman, retired 15 of the final 19 batters he faced after giving up a two-out single in the second inning. He allowed just four baserunners after that, walking three hitters and having one reach on an error.

All seven of McCaffery’s strikeouts, five of which were looking, came between the third and sixth innings. He exceled with just his fastball and curveball, going the entire game without throwing a single changeup, one of his three main pitches.

“You could see a different body language after the second inning,” Mavs manager Brent Hathaway said. “It’s just his mindset. When he pitches with an edge, a little pissed off, you saw the results: his velocity goes up, he’s in the strike zone, breaking ball is sharp and is really a fine pitch. When he slows down, his tempo gets slow, he doesn’t reach that level that he needs to be at, velocity drops off, the ball comes up.

“We got to find a way to piss him off before he ever gets out there. That’s what it comes down to.”

It’s simply a matter of McCaffery getting innings under his belt. He pitched for the B team last year instead of the A team because the loaded pitching staff at the A level would’ve limited the number of innings he likely would’ve thrown.

He already has the physical makeup as a 6-foot-4 1/2, 230-pound sophomore who’s still growing and has up to three more seasons left at the AA level. Now it’s a matter of getting him adapted to pitching against juniors, seniors and college freshmen after he faced seventh and eighth graders last season.

McCaffery is currently the Mavs’ No. 4 starter in their rotation, but Hathaway sees a bright future for him. He even compared his pitcher physically to Cameron Reimers, who played for the Mavs and made it to AAA in the minor leagues.

“I hope he’s as excited about his career as I am,” Hathaway said. “I think he has a really, really high ceiling. He’s going to be able to pitch at about any level he wants to if he’s willing to put in the work. He’s got arm strength. He’s got body size. He’s got everything they look for. It’s a lot of pressure to put on a guy, but I think he could be a D-I guy.

“He’s going to continue to get stronger and more mature and throw harder and learn more about pitching. He could be special if that’s something he wants to work at.”

The Mavs equaled McCaffrey’s improved pitching when they broke out the bats in the fifth inning. They scored seven runs on six hits while sending 11 batters to the plate to erase a 5-2 deficit.

Dane Fraser starting the scoring by tripling home Ayden Markovich, who tripled to lead off the frame. Drew Stensrud legged out an infield RBI single, Skye Palmer riffled an RBI double and Zach Hangas followed with an RBI double to give the Mavs their first lead, 6-5.

After Missoula chased starting pitcher Jack McDonald, Andrew Claussen tagged an RBI single off reliever Tristan Clift. He and Bridger Johnson, who reached on a hit by pitch, scored on a two-out error committed by the second baseman on a routine ground ball to make it 9-5.

“When you’re not hitting well and then you start crushing it, it’s exciting as a pitcher because you know your offense is there and then it’s on you to throw strikes,” McCaffery said of the offense, which got on the board in the third inning when Stensrud laced a two-out, two-run double to left field.

Things got off to an inauspicious start as the Mavs fell down 2-0 in the first inning, giving up one run on an infield single by Jaret Taylor and another on a double play that was nearly a triple play at the plate, although the throw home was late. Their deficit became 5-0 in the second inning when Louis Powell collected a two-out RBI double followed by Taylor’s two-run single for the final hit allowed by McCaffery.

All five runs were earned despite the Mavs committing three errors in those two innings. They didn’t have another error the rest of the way. McCaffery induced a groundout with two runners on base to end the fourth inning and got a double-play ball after walking the leadoff hitter in the seventh inning.

“The defense really stepped up after that second inning," McCaffery said. "That was big. Once we get better at starting off hot and staying hot, I think we’ll be a better team than we are right now.”

In other first-day action, the Kalispell Lakers went 2-0 by scoring an 11-5 win over the Belgrade Bandits and a 9-0 win against the Spokane Crew, who they one-hit in five innings. The Glacier Twins opened the tournament with an 11-3 win over Belgrade in six innings.