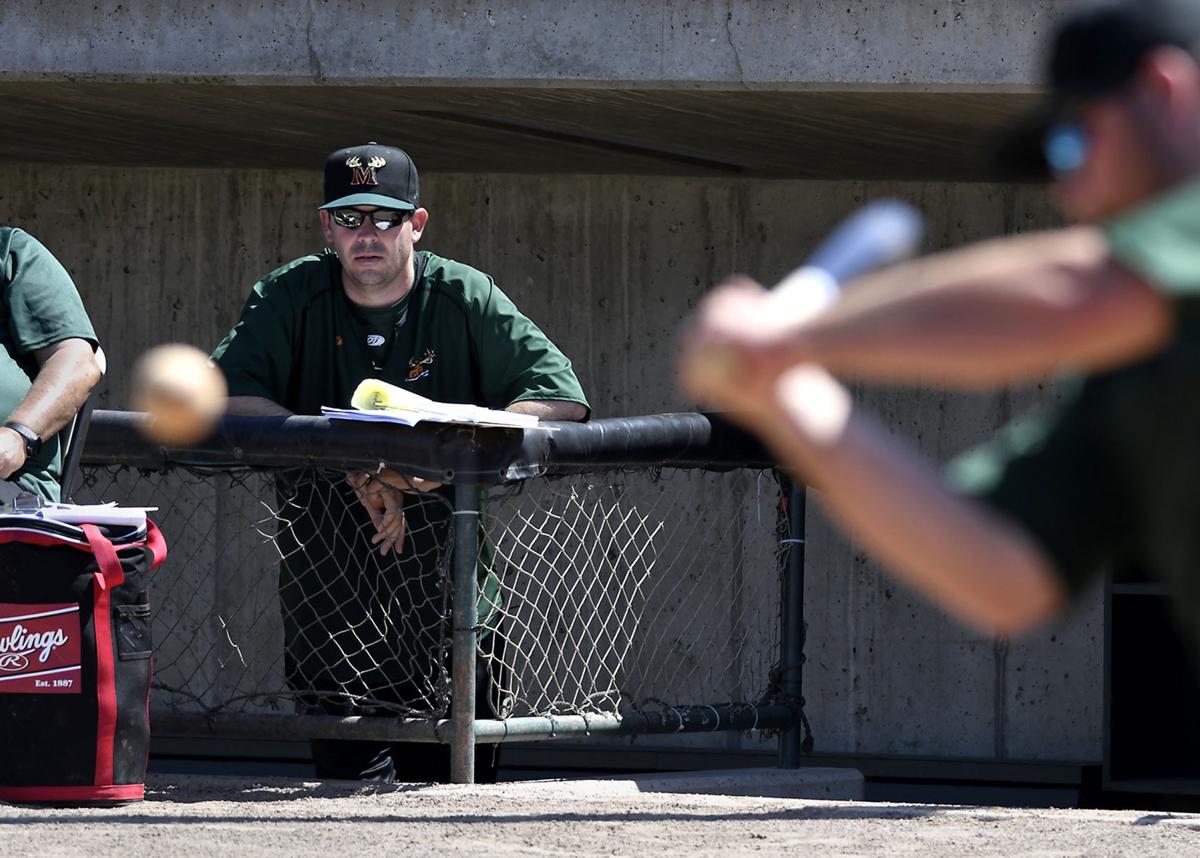 Missoula PaddleHeads manager Michael Schlact has been pleased with the persistence and resilience of his team in the first half of the Pioneer League season. His team is chasing a Northern Division title this week. 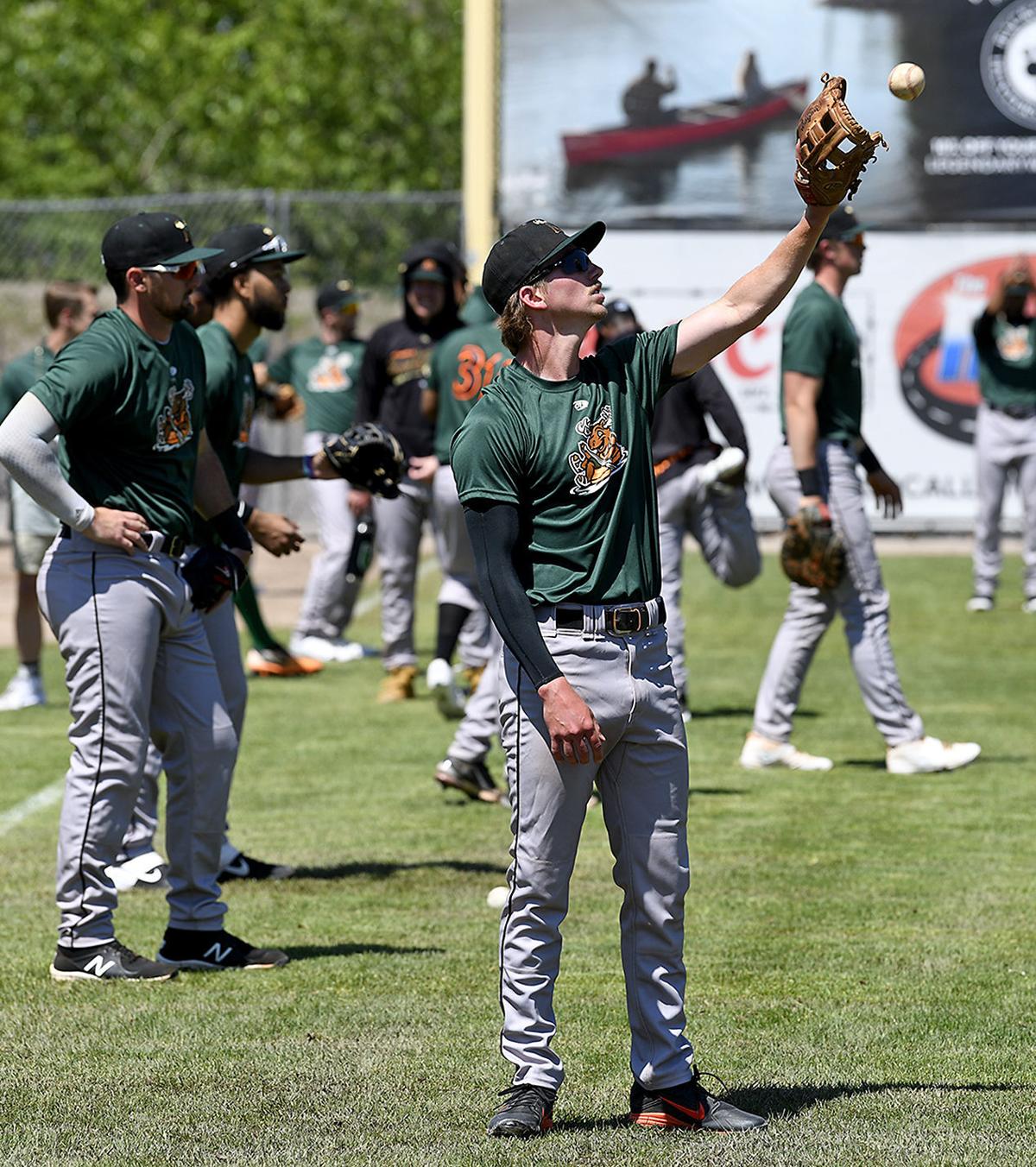 The PaddleHeads work out in new uniforms on Monday. The last time a Missoula team took the field was as the Osprey.

Missoula PaddleHeads manager Michael Schlact has been pleased with the persistence and resilience of his team in the first half of the Pioneer League season. His team is chasing a Northern Division title this week.

The PaddleHeads work out in new uniforms on Monday. The last time a Missoula team took the field was as the Osprey.

MISSOULA — Michael Schlact wasn’t feeling too good about a week and a half ago, and he wasn’t sure exactly why.

The doctors couldn’t immediately give the new Missoula PaddleHeads manager a precise answer either after he raced to the emergency room around midnight with a rapid, hard-pounding heartbeat. They did find abnormalities in the electrical signals in his heart when they did an EKG scan and decided to keep him at the hospital longer.

Schlact took medication for what the doctors suspected to be atrial fibrillation, an irregular and rapid heartbeat caused by issues in the two upper chambers of the heart. But as things didn’t improve, the seemingly healthy 35-year-old eventually had to undergo a procedure where he had his heart shocked to establish a normal rhythm.

“It was like nothing I’ve ever experienced before,” he said Monday as he was back on the field while the PaddleHeads were preparing for their season opener Saturday. “It just came out of nowhere. It was really scary.”

The timing of the issue came about while Schlact was packing up the night before he was going to be leaving for Missoula to take over the newly branded PaddleHeads. He didn’t arrive until Friday, but he still beat doctors’ projections so he could make sure he was there for the first day of the team’s abbreviated spring training.

Schlact’s main thoughts in the hospital were about how this issue would affect his family. Then his mind went to baseball and how he was going to handle being the first-year manager of a team, but co-owner Peter Davis and vice president Matt Ellis were there for him.

“From the minute I told them, they were fully supportive of whatever needed to happen,” he said. “That eased my mind when I knew the ownership and front office where behind me.”

It was the first time Schlact had an abnormal EKG after getting scanned every year since 2004, when his heart raced with excitement as the Texas Rangers drafted him in the third round out of high school. He’s had injuries before: a shoulder surgery that took 12 months to rehab and another that took 14 months, leading him to retire and get into coaching after he made it as high as Double-A.

But this time, the issue was more serious than an injury because it was an issue with his heart. And he now has a wife and two kids: a 6-year-old son with autism and a 3-year-old son.

Schlact is trying to avoid too much physical activity, get more sleep and lower his stress as he works to get back to full strength. He’s cut caffeine from his diet — not that he’s had too much, although he loves coffee — and has reduced his sodium intake. He can even monitor his EKG on his Apple Watch and share results with his cardiologist.

“To have that behind me and have no flareups and be with the guys here and have my family settled in town, it’s an incredible feeling,” he said.

Pitcher Jackson Sigman sees Schlact with a pep in his step to be back on the baseball field. He played for Schlact, then a pitching coach, during the 2019 season with the Rocky Mountain Vibes in the Pioneer League.

Sigman has heard other players rave about Schlact and how dedicated he is to helping them try to win and reach the highest level they can in professional baseball. Getting noticed is even more key now that the PaddleHeads are an independent team and no longer affiliated with an MLB club after the league contracted the minors from 160 to 120 teams.

“Baseball is in Mike’s blood,” he said. “It’s what he wants to do. He’s in it for the right reasons. Even if his heart physically isn’t here, it’s in the game. He really wants to be here with us.”

Catcher Zac Almond is starting to find out what Schlact is all about in their past few days together. He played for Missoula in previous years and was brought back this offseason in a trade.

Back in the dugout, Schlact and the PaddleHeads will get to bring the heartbeat of baseball back into the city when they play their first game in nearly 20 months this weekend.

“He’s all in for the PaddleHeads,” Almond said. “He wants to bring guys in that are going to be the same way. We’ve got a lot of very talented players, and I feel it’s going to be a very good year.”

I've seen guys running bases on stilts, food fights in the stands during games and a lot of other things, but this takes it to another level," Missoula PaddleHeads manager Michael Schlact on the new Pioneer League rule in which extra-inning games are decided with a home run derby.