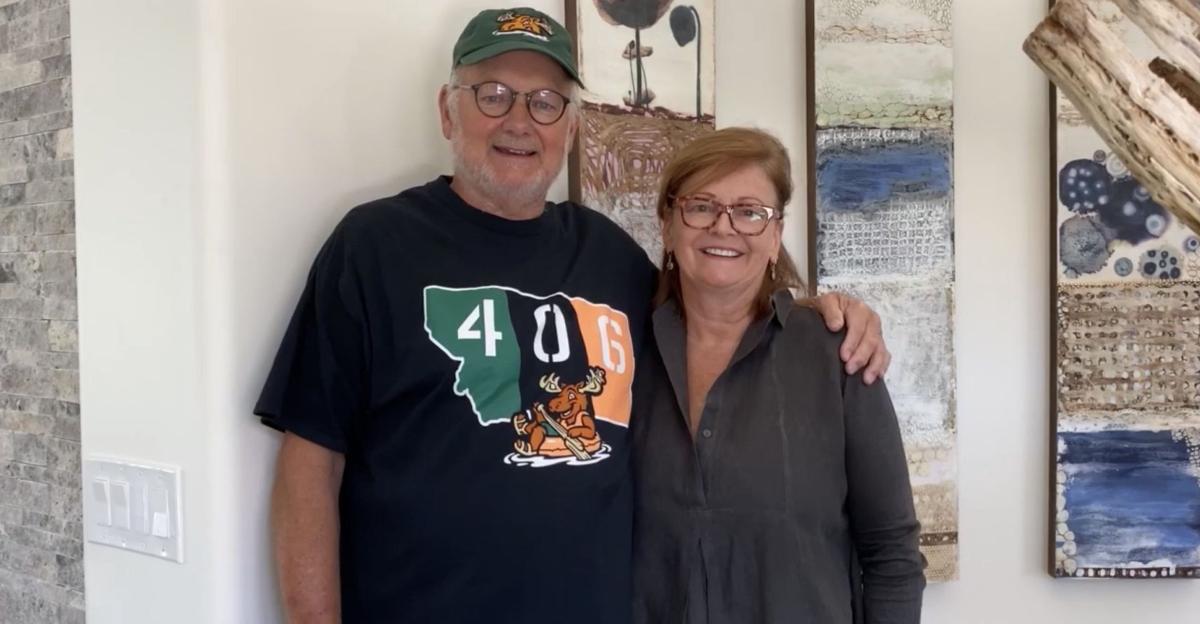 Missoula PaddleHeads owners Peter Davis and Susan Crampton Davis are committed to Missoula. They recently purchased a home in town and they're enjoying the return of baseball this season at Ogren-Allegiance Park.

MISSOULA — The frugal move would have been to cut jobs and lay low.

Bide your time until this once-in-a-hundred-years pandemic passes.

Missoula PaddleHeads owners Peter and Susan Crampton Davis opted to turn their backs on thrifty. Down 0-2 in the count in the bummer summer of 2020, they took a big healthy swing.

Rather than laying off key personnel like their rivals in Billings, our local pack of PaddleHeads put their antlers together and came up with alternative activities at Ogren-Allegiance Park. A lot of effort went into trying to lift the spirits of locals with movies, trivia nights, happy hours and even prayer sessions.

"It turned out to be a horrendous financial choice," Peter Davis told the Missoulian and 406mtsports.com. "But I think it was a really great long-term choice. That's what mattered to us.

It's worth revisiting how tough it was. PaddleHeads vice president Matt Ellis used his business savvy to get some grants and Payment Protection Program loans, but the longer the year went on, the uglier the books looked.

Then there was the uncertainty.

"The (Pioneer League) owners had conference calls every week all winter," Peter Davis shared. "I kept saying, 'I'm going to be here if I have to pitch to myself. Who's going to play baseball?'

"Slowly but surely the rest of the owners came around to saying yes. They were going to continue. This was only going to be problematic if we didn't have a Pioneer League. Then I didn't know what we were going to do."

Walking through the gates at Ogren-Allegiance Park last week, I thought about all the PaddleHeads employees I've come to know so well. Seeing their smiling faces made me feel as if I was back home for the first time since September of 2019.

It's hard to measure just how much a minor or independent league baseball team means to a city until you've lived in town that just can't seem to get a deal done. My hometown in Iowa, for example, where the locals starved for pro baseball have pushed more than once to get a stadium built but keep getting shot down by penny-pinching voters.

Over the next few months, we at the Missoulian hope to illuminate some of the personalities that make up this PaddleHeads team. There are so many stories to be told, starting with the manager, Michael Schlact, who reportedly was working at Chik-fil-A before coming to Zootown.

It's an exciting time if you're a baseball fan.

Where most of the team was fresh out of college two years ago, a lot of the players now come from MLB-affiliated organizations. Where players were once restricted in what they could do for the Osprey — the Diamondbacks didn't allow Jazz Chisolm Jr. to steal a lot of bases while in Missoula and now he's one of the best base stealers in MLB with the Marlins — the chains are off now.

Maybe, just maybe, the PaddleHeads are sporting a 6-1 record because they were a little better prepared than their opponents coming out of the gate. Maybe the belief that never wavered for Peter and Susan Crampton Davis in 2020 is showing on the field now.

"They've worked really hard at this," Peter Davis said of those making player personnel decisions for the PaddleHeads. "I know there's been a lot of sleepless nights for (Schlact) trying to work out a deal."

All of this may pay off come playoff time.