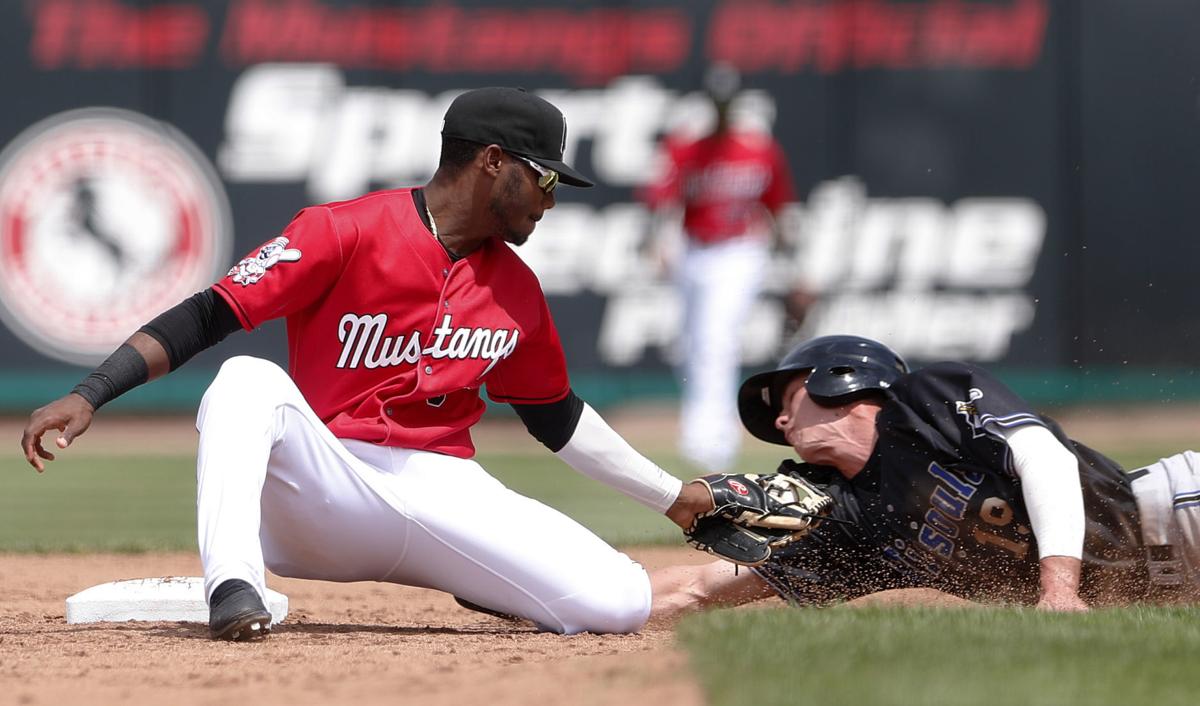 Billings Mustangs' Jonathan Willems (5) tags out Missoula Osprey's Kevin Watson (19) at Dehler Park on July 7, 2019. Under a recent proposal, the Mustangs and Osprey would lose their MLB affiliations after 2020. 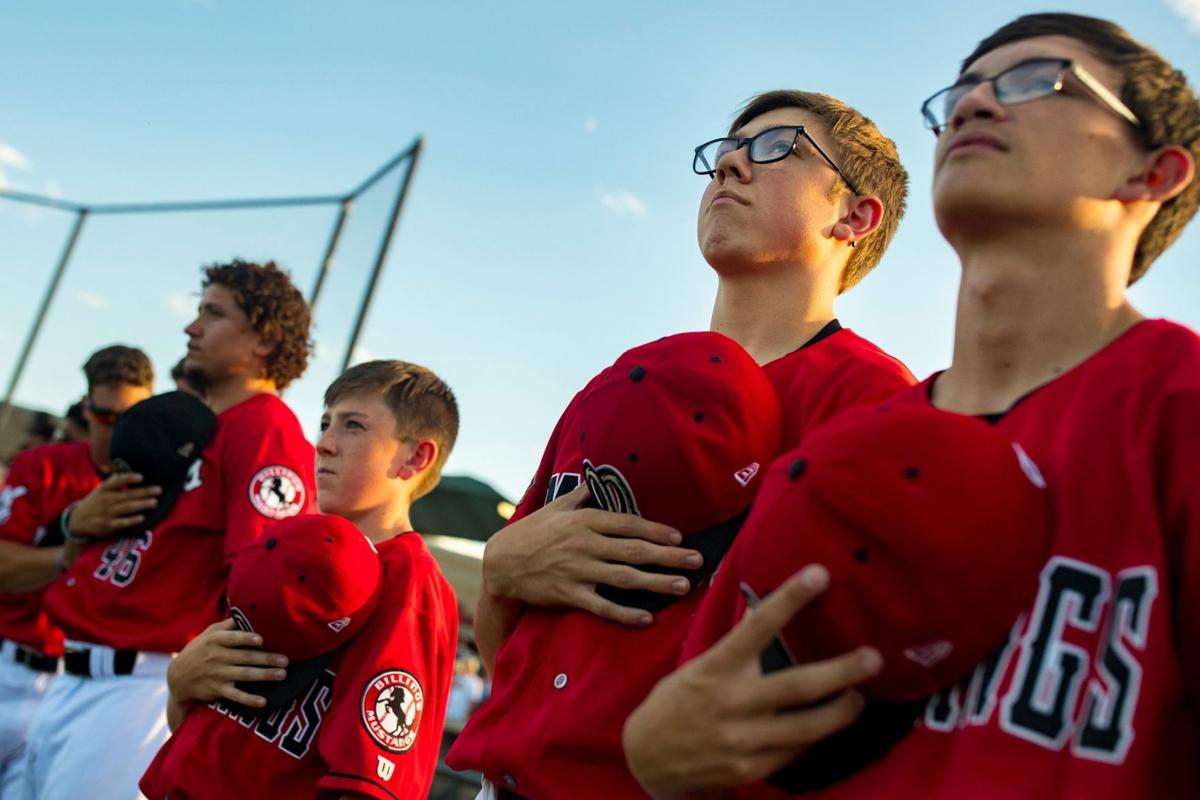 Billings Mustangs' batboy Jonah Neckels holds his hat before the National Anthem before the Mustangs' game against the Missoula Osprey at Dehler Park in Billings on Wednesday, September 4, 2019. 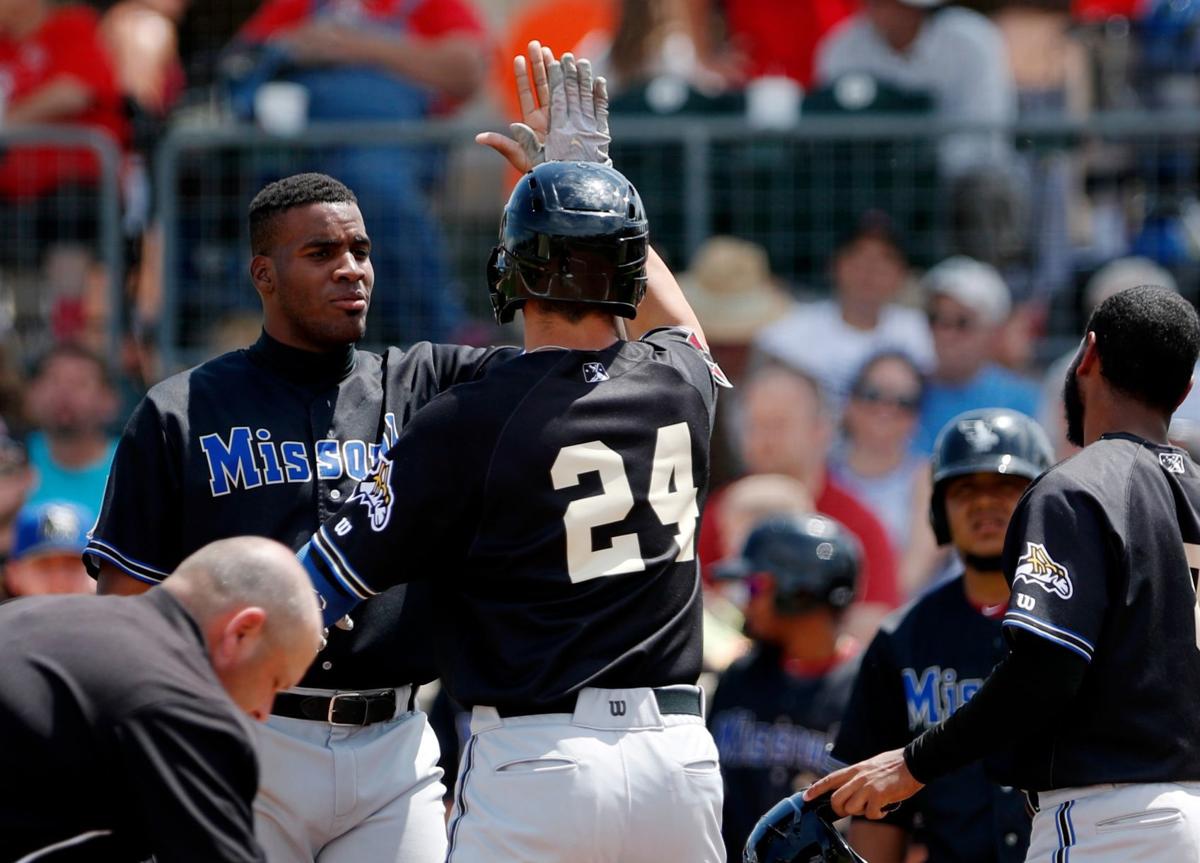 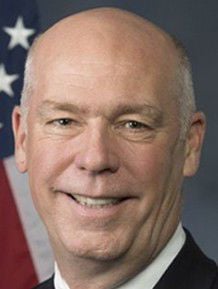 BILLINGS — Rep. Greg Gianforte and 105 other members of Congress have decided to pinch hit for Minor League Baseball.

In a letter sent to Rob Manfred, commissioner of Major League Baseball, the members of Congress expressed their opposition to MLB's proposal to cut the affiliations of 42 minor league teams, including the three Pioneer League teams in Billings, Great Falls and Missoula.

"Montana's Minor League Baseball teams contribute to the fabric of our communities, support local businesses, and provide a place for families to pass along America's pastime to their kids," Gianforte said by email Tuesday night. "I hope Major League Baseball will reconsider its decision that could be the death of our minor league teams."

Billings is a baseball town and sees the Mustangs (a Cincinnati Reds Rookie-level affiliate) as one of the most important assets the city has, said Billings City Manager Chris Kukulski. While the city hasn't contacted Major League Baseball directly to make the case for the Mustangs, Kukulski has kept in close contact with the team's owner, Dave Heller.

Heller owns four teams, including the Mustangs; three of them would be eliminated under MLB's proposal, which was first reported last month. His team in Massachusetts, the Lowell Spinners, is the hometown team of Rep. Lori Trahan, who composed the letter with Rep. David McKinley from West Virginia. Heller said that's no coincidence. He's worked closely with Trahan's office to lobby for this push from Congress.

"Billings couldn't have a more engaged advocate," Heller said. "I'm sure as hell engaged in this fight."

One of the issues facing the city should the Mustangs disappear is what to do with Dehler Park, the team's home.

Voters approved a $12.5 million, 20-year bond in 2007 to build Dehler, the facility built on the site of the old Athletic Park. After collecting $1.8 million in donations, the park ended up costing the city $10.7 million. The final payment on the ballpark will be due July 1, 2027, said Andy Zoeller, finance director for the city.

If the Mustangs cease to exist, the city will still be on the hook for the park until 2027. In order to keep Dehler afloat, the city would have to find activities and offerings to stage there that would generate the needed revenue for Billings, Zoeller said.

In Missoula, city leaders haven't yet reached out to MLB. The newly christened PaddleHeads (an Arizona Diamondbacks affiliate) play at Civic Stadium, which is owned by the city. The team shares the park with Log Jam Productions, which stages entertainment events there. Under the deal, the PaddleHeads pay the city $40,000 a year to play there; Log Jam pays $70,000, said Ginny Merriam, communications director for the city.

The combined revenue is enough for the city to service the debt for what it still owes on Civic Stadium. If MLB pulls the plug on the PaddleHeads, like Billings, Missoula will have to find another source of income to make up that lost $40,000.

It's something the city is confident it could do.

"For now we feel quite secure," Merriam said.

Scott Reasoner, the general manger for the Great Falls Voyagers (a Chicago White Sox affiliate), told the Great Falls Tribune that the team’s board of directors “is committed to keeping professional baseball here in Great Falls for years to come.” Mustangs GM Gary Roller deferred to Heller.

Minor League Baseball wants to preserve the affiliations for all 42 teams, said MiLB senior director of communications Jeff Lantz, who added that Montana is an especially valuable place for baseball. If the Pioneer League teams lose their MLB affiliations, the closest professional teams to Montana would be the Spokane Indians, the Boise Hawks and the Colorado Rockies.

“For the Pioneer League, it’s basically the only opportunity those kids up there have to see professional baseball,” Lantz said. “It’d be a terrible way to lose the next generation of fans in that area.”

Lantz stressed that MLB’s proposal is still in its infant stages, and he estimated negotiations between MLB and MiLB on their Professional Baseball Agreement will take 10 to 11 months. The PBA expires at the end of the 2020 season, and the proposal would go into effect in 2021.

The New York Daily News noted that MLB “conceivably will be hit with an avalanche of lawsuits from communities that have built new ballparks on taxpayers’ money” if its proposal is adopted.

Under the proposal, the 42 teams stripped of their affiliations could form a “Dream League,” an independent league under MLB's umbrella filled with undrafted and released players.

Heller, among others, believes MLB affiliation is crucial to the success of teams such as the Mustangs and the Spinners. The Dream League would not only be devoid of those affiliations, it would include teams spread across the country, from Oregon to Florida. That doesn’t make logistical sense, in Heller’s mind.

“A Dream League is a bunch of malarkey,” Heller said. “They ought to call it the Pipe Dream League.”