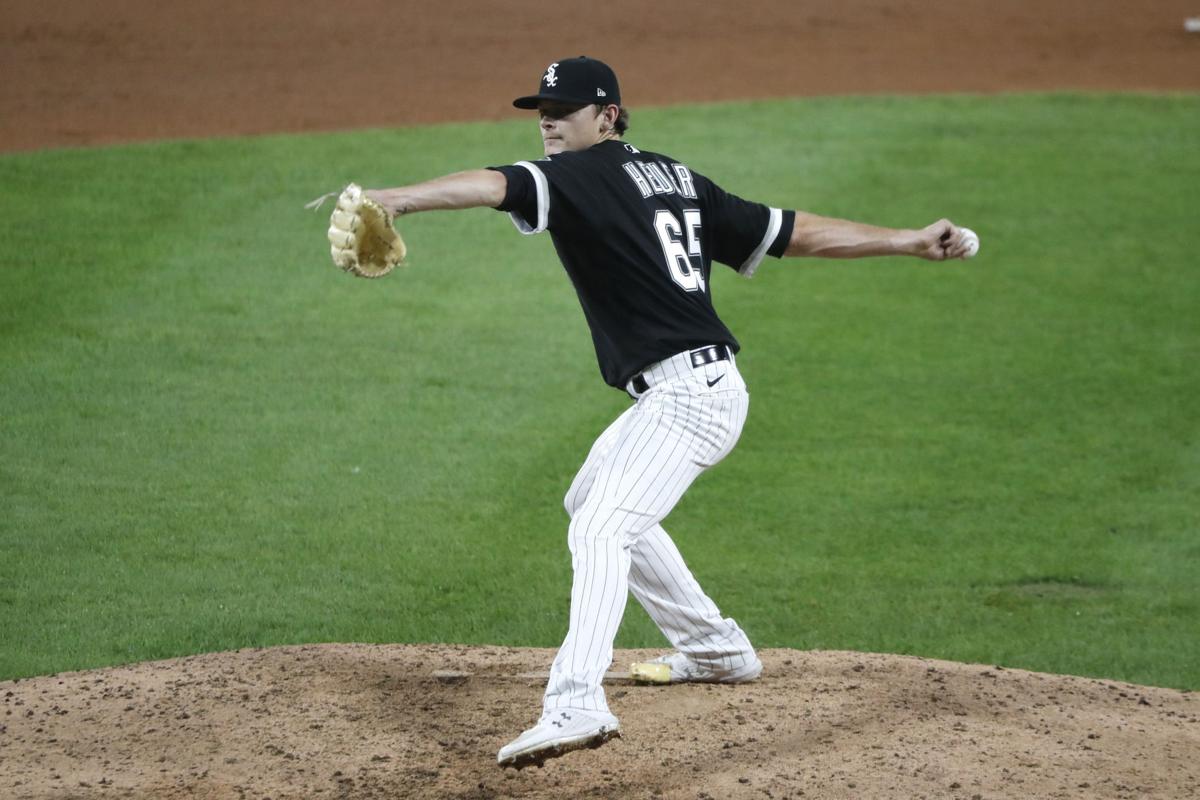 Chicago White Sox relief pitcher Codi Heuer delivers during a baseball game July 24 in Chicago during his MLB debut. Heuer started his career by retiring the first nine batters he faced and picked up his first save Saturday. 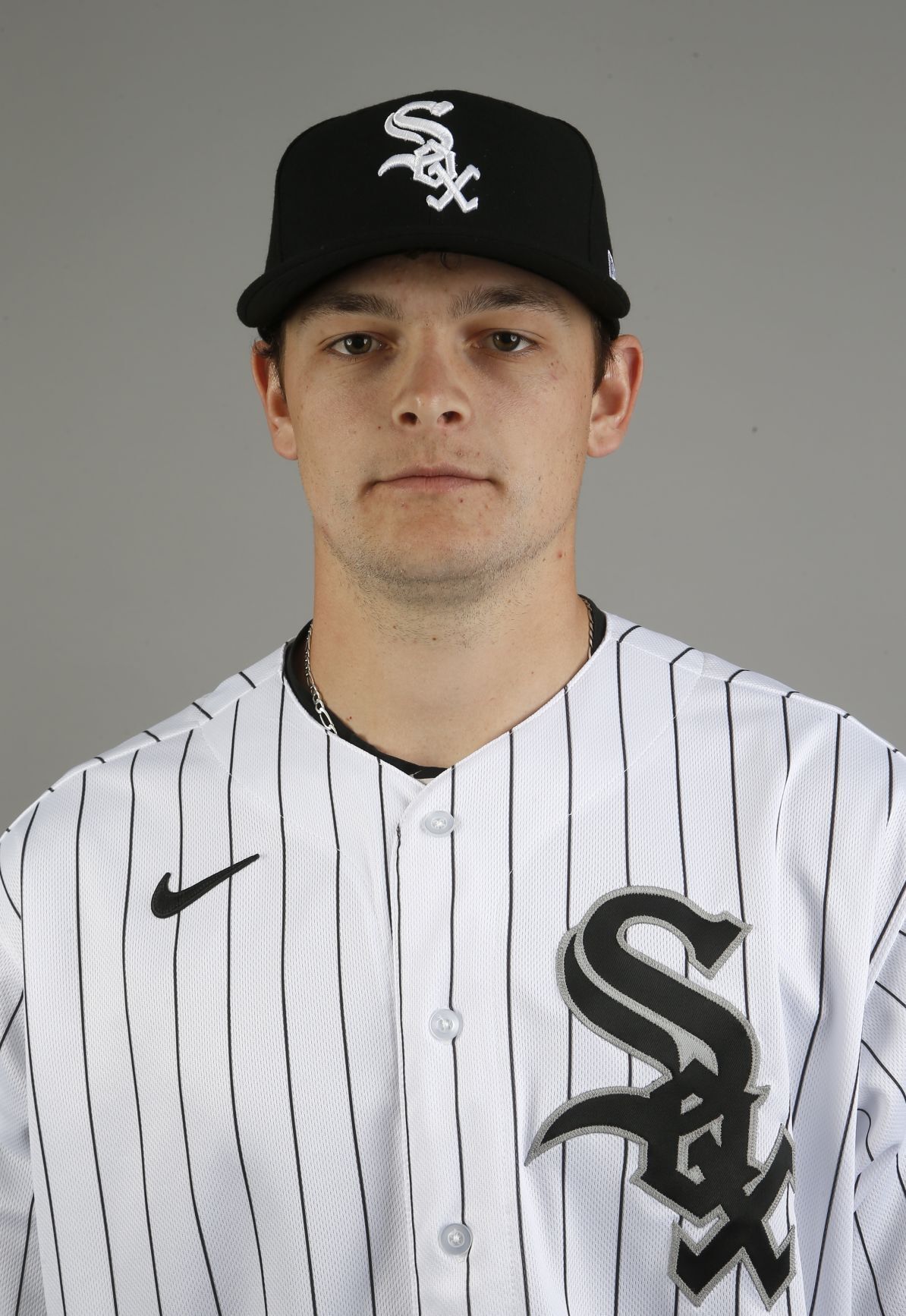 MISSOULA — Missoula native Codi Heuer's quick rise through the minor leagues and fast start in the major leagues has matched the jump on his fastball.

Heuer, a 2018 sixth-round draft pick, picked up his first MLB save in the third appearance of his rookie season with the Chicago White Sox on Saturday to cap an 11-5 road win against the Kansas City Royals. The 24-year-old righty surrendered one run on three hits while striking out two in 1 1/3 innings as Chicago won its third in a row and improved to 4-4.

“He’s got very impressive stuff,” White Sox TV analyst Steve Stone said during the eighth inning about Heuer, who threw just 105.2 innings in the minors, starting with a rookie-league stint in Great Falls, and jumped straight to the majors from Class AA Birmingham. “For a young pitcher, an inexperienced pitcher, he seems to have pretty good command of it.”

“And his composure on the mound has been impressive as well,” White Sox TV play-by-play announcer Jason Benetti continued. “He’s a pretty stoic guy out there.”

Saturday’s outing was the first time Heuer allowed a base runner in 3 1/3 innings of big-league action after tossing a perfect inning in each of his first two appearances. Heuer, who moved to Colorado for high school, retired the first three batters he faced Saturday, making it nine in a row to begin his career. He has a 2.70 ERA and 0.90 WHIP with four strikeouts in the majors.

Against the Royals, Heuer came in with two outs in the eighth inning and the White Sox holding a 7-4 lead. He promptly struck out power hitter Jorge Soler on an 89 MPH fastball to end the inning. It was a nice change of speed after his fastball hit 99.1 MPH on the previous two pitches, the highest speeds he registered in his seven-batter outing.

“Again, the body language is really impressive on the mound too,” Benetti said in the top of the ninth inning as Chicago scored four runs to give Heuer a comfortable 11-4 lead. “He doesn’t look like he’s afraid of anybody.”

“Well, you’ve got 98 and 99 and then you can take something off and they’re all down in the zone, it’s pretty good stuff," said Stone, the 1980 American League Cy Young Award winner.

Heuer, who pitched collegiately at Wichita State, opened the bottom of the ninth by getting Salvador Perez to line out on a 98 MPH fastball and Nick Heath to strike out on 97 MPH fastball. His perfect streak to start his career ended when he allowed a two-out, line-drive single by Brett Phillips on a fastball.

Oscar Hernandez followed with a first-pitch single on a ground ball, and Franchy Cordero collected an RBI double off the center field wall. After a mound visit by pitching coach Don Cooper, Heuer fell down 3-0 against Bubba Starling but worked the count to 3-2 and got him to ground out on a 97 MPH fastball, his 22nd pitch of the inning and 26th of his outing.

“He’s got very lively stuff,” Stone said after Benetti noted the horizontal movement on one of Heuer’s 98 MPH fastballs. “One of the surprises you don’t hear a lot about because he hasn’t been in that many times, just his third, is he’s one of the real bright spots. I mean, his stuff is good. It’s really good.”

Missoula native and former Great Falls Voyagers pitcher Codi Heuer made a splash in his MLB debut with the Chicago White Sox on Opening Day.