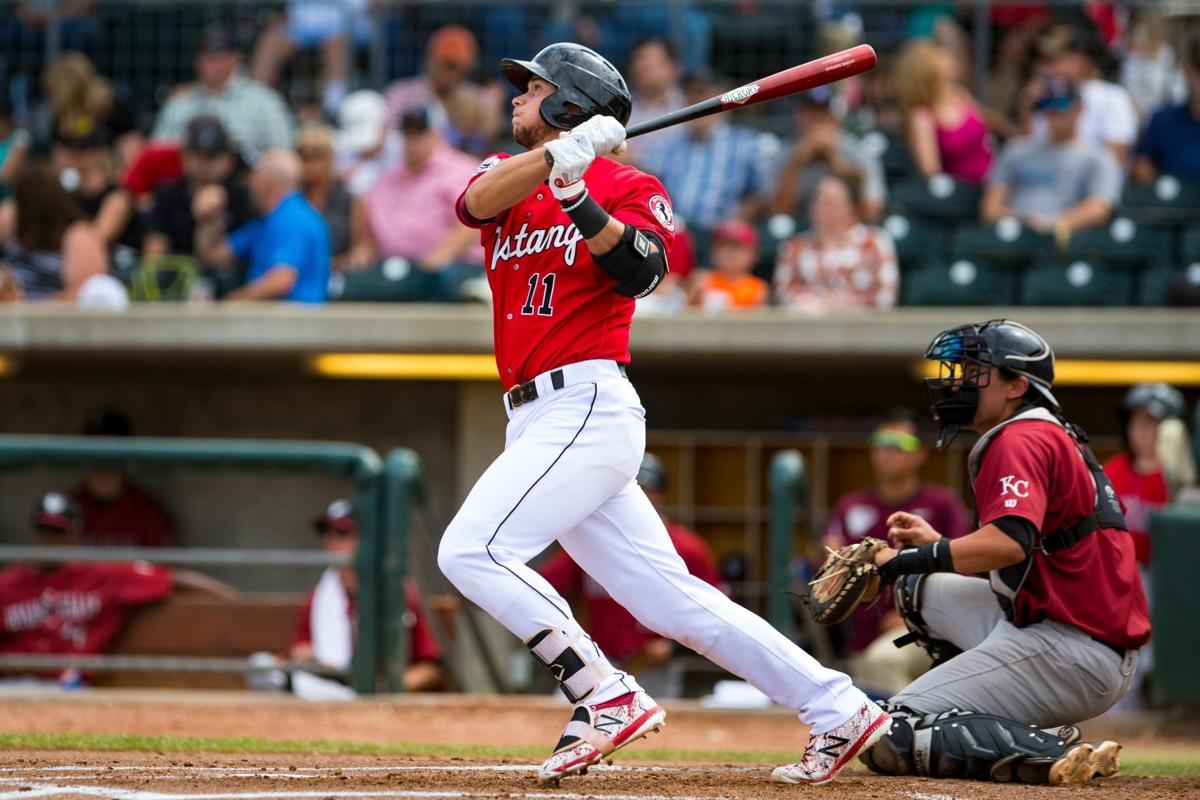 Billings' Leonardo Seminati watches a fly ball during a game against Idaho Falls at Dehler Park in Billings in 2019. 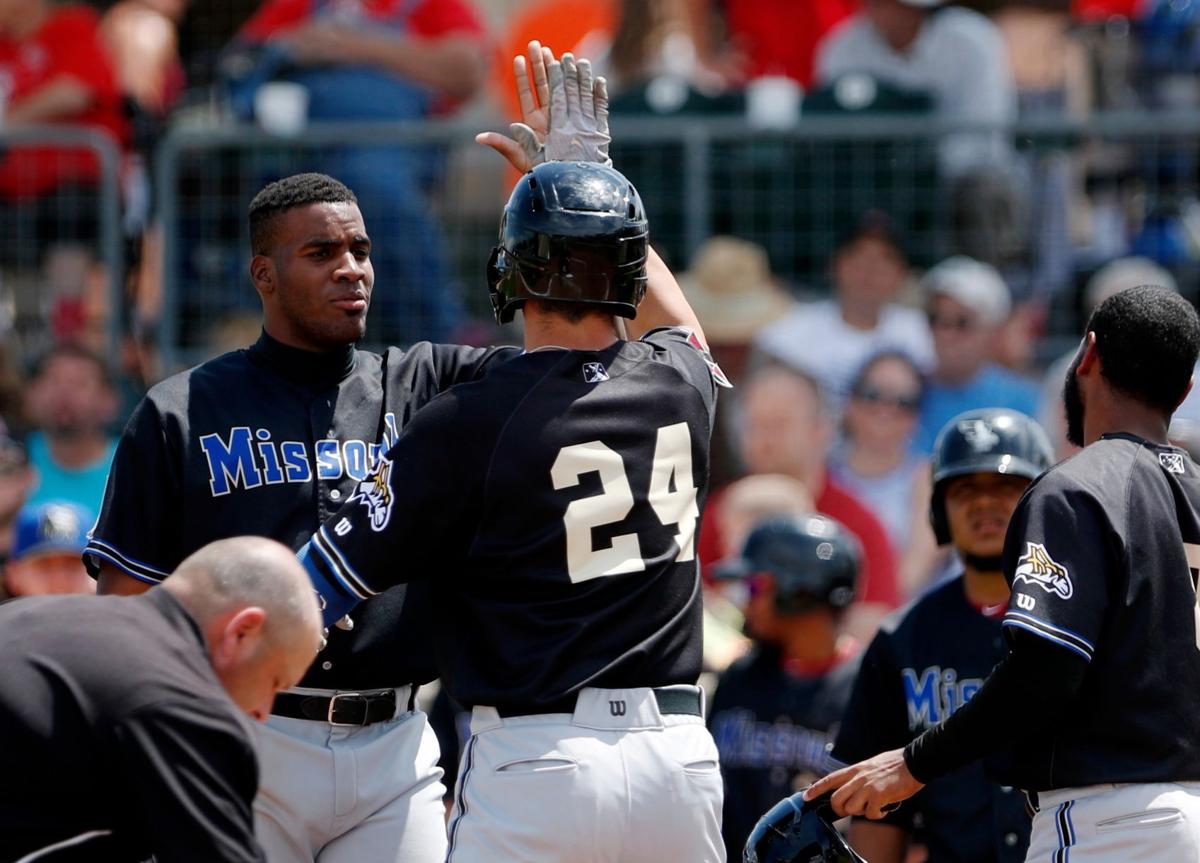 Missoula players celebrate a three-run home run by Carson Maxwell (24) in the second inning of a game at Billings in 2019. 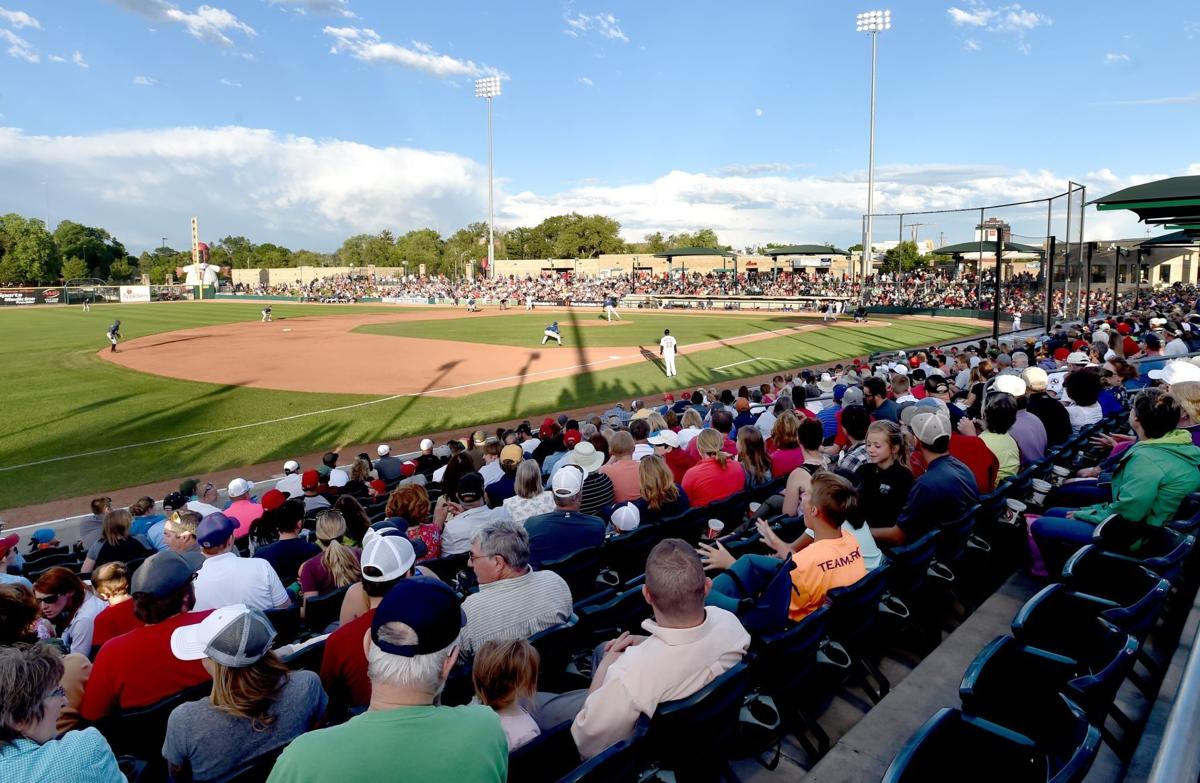 Billings' Leonardo Seminati watches a fly ball during a game against Idaho Falls at Dehler Park in Billings in 2019.

Missoula players celebrate a three-run home run by Carson Maxwell (24) in the second inning of a game at Billings in 2019.

The independent partner league of Major League Baseball said Tuesday that tied games this season will be decided by each team designating a batter who will receive five pitches, and the team hitting the most long balls during the derby will receive the win. If the derby is tied after five swings each, another hitter will be selected for a sudden-death derby round.

The league, embarking on its first season of unaffiliated status apart from MLB, said the rule is designed to avoid excessive strain on its pitching staffs while also maximizing entertainment value.

“The Pioneer League was one of the first to bring the extra inning rule you now see in MLB with a runner starting on second base; and with our switch to an independent MLB partner league we will continue to innovate and try new things,” Great Falls Voyagers president Scott Reasoner told 406mtsports.com.

“This rule both provides our team’s more protection for our pitchers, as our roster sizes will be smaller than in previous years, while at the same time bringing entertainment to our fans.”

While Major League Baseball is behind experimental rule changes in the independent Atlantic League, it is not involved in the Pioneer League changes.

Billings Mustangs owner Dave Heller said the change is part of a league-wide plan to make the game more entertaining for fans in the coming years.

“Our new league is fan-centric and the home run challenge is just another way to put our fans first,” Heller said. “We’re going to use these next few years to innovate, to try new ideas, push the envelope and implement fan-friendly changes to make the game more fun for our guests.”

Said Missoula PaddleHeads vice president Matt Ellis: “It adds excitement and drama to the game. It makes our product better. We believe fans will stay to watch the home run contest when they may not have stayed for extra innings. It adds a great wrinkle to the game and saves pitchers’ arms. Everyone wins except the team that doesn’t hit a home run.”

• Check swings: A hitter may appeal a check swing strike decision to a base umpire. Under standard baseball rules, only the defensive team can ask for an appeal.

• Three-man umpire crews will be used instead of two-man crews.

Founded in 1939, the Pioneer League lost its affiliated status as part of changes to the minor leagues implemented by MLB ahead of the 2021 season. The entire 2020 MiLB season was canceled due to COVID-19 concerns.

The league will operate as an MLB partner league with eight teams in Colorado, Idaho, Montana and Utah playing a 96-game schedule starting May 22.

“The Pioneer Baseball League is committed to developing ideas that enhance the strategy of the game, protect the safety of our players and add to the fun and engagement of our fans,” first-year league president Michael Shapiro said in a statement. “We believe this focus will help assure the future of the game among a broader and more diverse audience.”

The Pioneer League will be made up of the following teams in 2021: the Billings Mustangs, Missoula PaddleHeads, Great Falls Voyagers, Boise Hawks, Idaho Falls Chukars, Ogden Raptors, Grand Junction Rockies and the Rocky Mountain Vibes.

The Northern Colorado Owlz, who have relocated to Windsor, Colorado, from Orem, Utah, opted out of this season but will resume operations in the league in 2022.

The Mustangs' first home game in a new-look league is May 26 at Dehler Park against the Rocky Mountain Vibes.