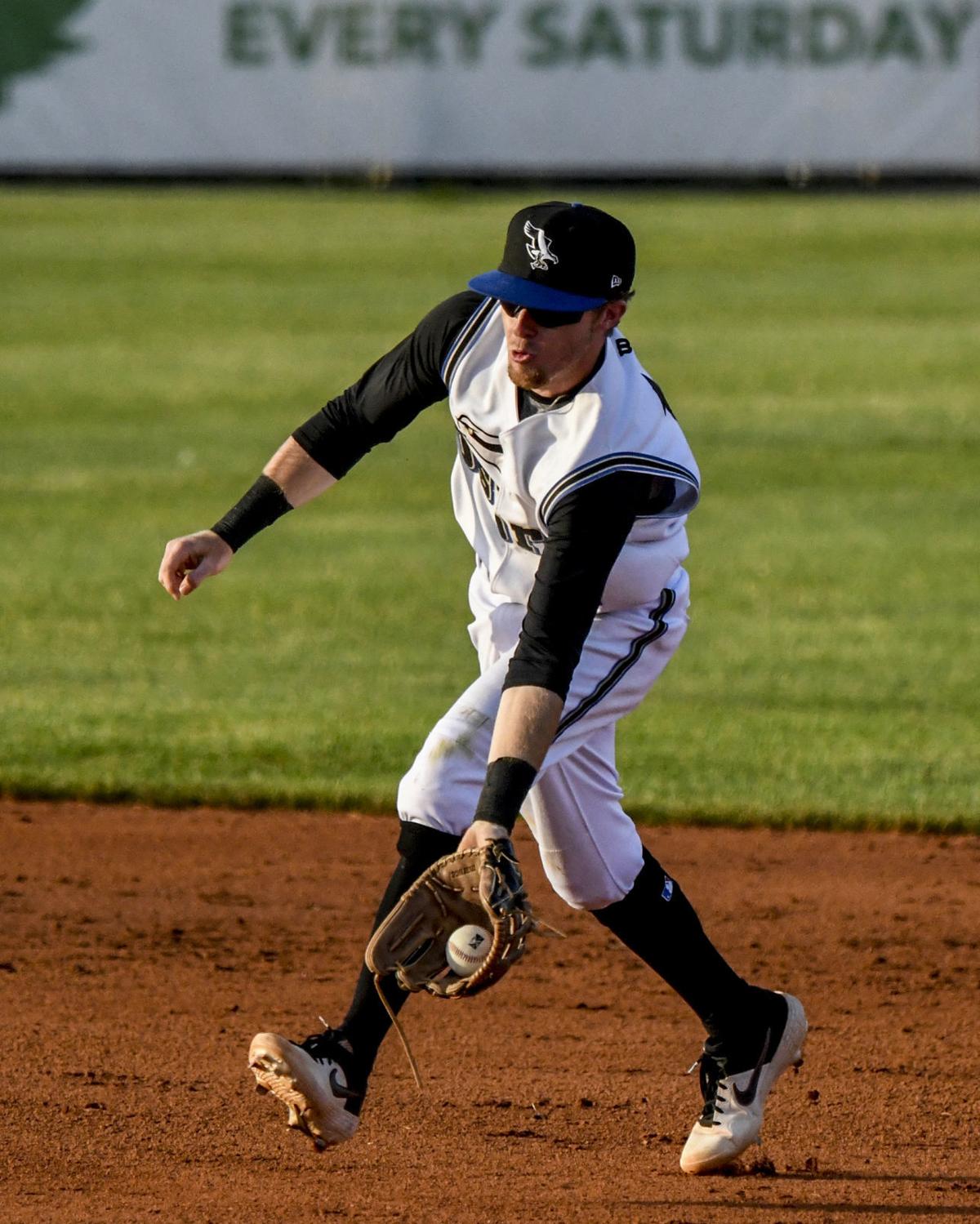 Osprey infielder Cam Coursey (11) fields a ground ball during the baseball game between the Missoula Osprey and Orem Owls at Ogren-Allegiance Park on Thursday night. 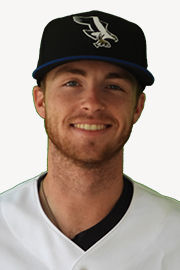 Coursey, drafted as a second baseman, felt he wouldn’t be ready yet and would need more time in college to continue developing.

However, the offseason birth of his daughter changed the 20-year-old’s outlook and tipped the scales that led to Coursey signing with the Arizona Diamondbacks organization after he got drafted as a college sophomore in the 13th round in June.

“Now I have something to play for,” Coursey said ahead of the O's 6-3 win over the Orem Owlz on Friday at Ogren-Allegiance Park. “It’s not just me anymore. It’s not just playing for my parents and me and everything like that. Like, I have a little person to play for, which is awesome.

“It definitely made the decision a lot easier because I wasn’t necessarily close to finishing my degree, so one more year really wouldn’t have done anything except take risks I don’t know if I would’ve wanted to take. It’s not promised, this opportunity again.”

Coursey hasn’t gotten to see his 6-month old daughter and his girlfriend, Molly White, since he left for Scottsdale, Arizona, following the MLB Draft in early June. He made a quick two-game stop with the AZL D-backs before being promoted to Missoula.

Through 11 games with the Osprey, Coursey has hit safely in 10 games but is batting just .233 with a .340 on-base percentage as he works on adapting to minor league pitching. He feels the day-to-day grind of the job while playing with his daughter in mind, but he also senses freedom since he doesn’t have to worry about school or odd summer jobs, like working at a frozen yogurt store.

“Now, I get to wake up every day and focus on baseball,” the 5-foot-8, 155-pound Coursey said. “School or whatever part-time summer job I had, it was terrible. I hated it. I hated school. But those were always things I had to do to play baseball, and I always did it so I could play baseball.

“I didn’t necessarily enjoy it. I have a 6-month old daughter now, so I feel like I’m trying to do something that would be best for my family.”

Coursey’s daughter and girlfriend still live in Athens, Georgia, about 40 minutes from where he grew up. He started baseball at 4 years old and played at Lanier High School for his dad, Kiley Coursey, a former player in the Milwaukee Brewers organization, learning to never take a play off.

That attitude and approach are pivotal for Coursey as a professional. He’s recognized minor league baseball is more intense than his two college seasons, when he was a two-time NAIA All-American at Georgia Gwinnett College, won a gold glove and made the Golden Spikes Award preseason watch list.

Coursey hasn’t yet had a moment when it hit him that he was playing pro baseball. Maybe that’ll be on July 22 against Idaho Falls, when his daughter, girlfriend, dad and aunt make the trip to see him play professionally for the first time as he chases his dream.

“This is what I’ve wanted my whole life, to be able to play at this level,” Coursey said. “Hopefully it’ll work out. So far, so good. I’m having a blast.”

The Osprey scored three runs across the seventh and eighth innings to break a 3-3 tie on their way to a 6-3 win over Orem.

Carson Maxwell provided the go-ahead hit for Missoula, collecting an RBI double that broke a 3-3 tie in the bottom of the seventh inning. Axel Andueza added an insurance run with an RBI single in the frame.

Liover Peguero tacked on an RBI single in the eighth.

The Osprey had jumped out to a 3-0 lead over the Owlz. Spencer Brickhouse drove in Tristen Carranza from first base with a two-out double in the bottom of the first inning. Kevin Watson added to the lead by sneaking a two-run home run inside the foul pole in right field.

Orem responded with a three-run fifth inning to tie the game. Johan Sala had an RBI single, and Jeans Flores followed with his first home run of the season, a two-run shot to left-center field.

Missoula had four pitchers combine to strike out 15 batters and walk just one. Liu Fuenmayor was credited with the win, pitching three hitless innings. Starter Austin Pope went two innings in his third appearance for the O's, striking out five and allowing one hit. Ryan Fritze got the save with a scoreless ninth inning.

Missoula (15-11) went into the day just one game behind division-leading Idaho Falls (14-9) after trailing by seven on July 1. The Chukars were losing to Ogden, 18-0, in the sixth inning at press time.