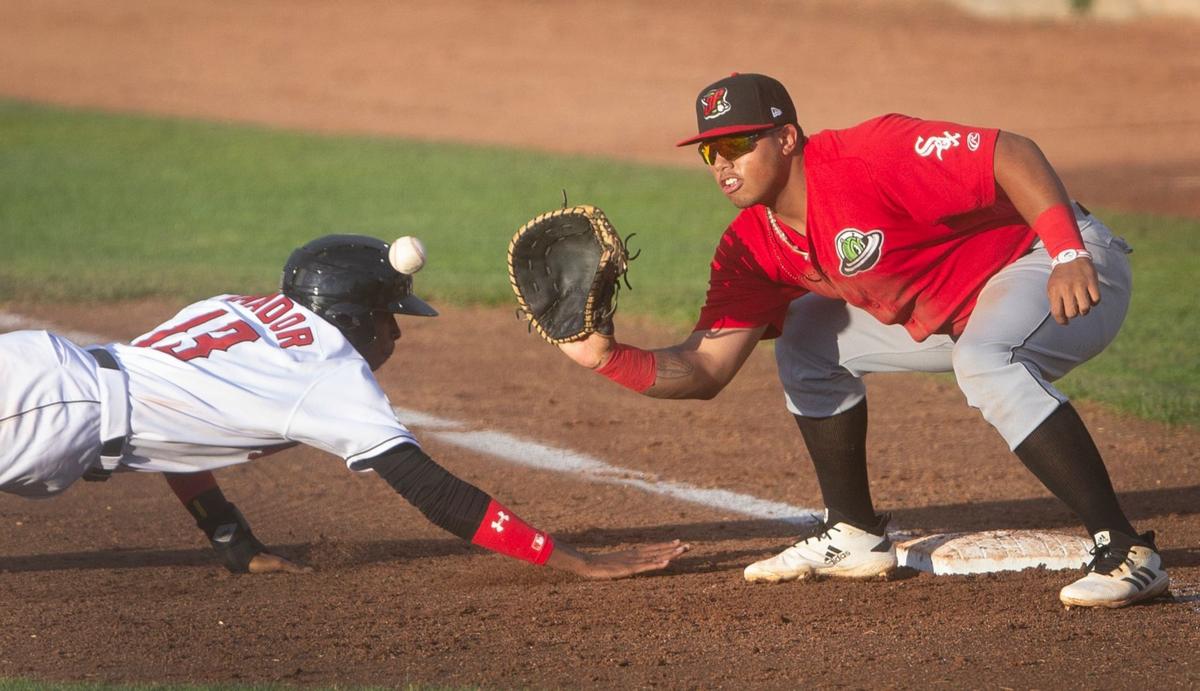 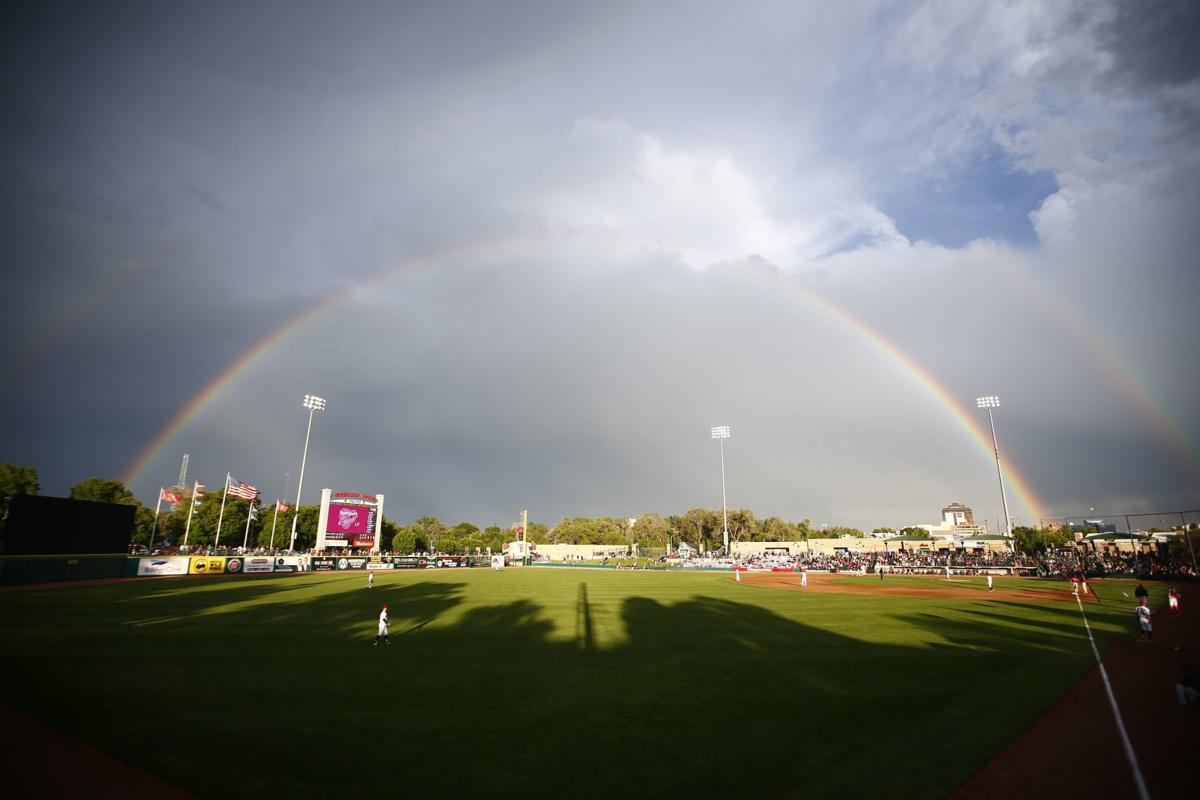 BILLINGS — Negotiators from Major League and Minor League Baseball met again last week in Dallas in their continued pursuit of a new Professional Baseball Agreement, but the substance of those discussions remains oddly concealed.

Simply put, no one is talking.

In the meantime, upwards of 40 minor league clubs — including the Billings Mustangs, Great Falls Voyagers, Missoula PaddleHeads and the rest of the Rookie Advanced Pioneer League — have been on the chopping block since MLB introduced a plan last fall to revamp its minor league infrastructure.

The current 30-year PBA expires on Sept. 15, meaning there’s one more guaranteed season of Pioneer League baseball. It’s anyone’s guess what happens after that, as MLB’s blueprint calls for the de-affiliation of several low-level minor league organizations, most of which are Rookie and short-season Class A teams.

Billings and Great Falls were founded in 1948. The Mustangs and their parent club, the Cincinnati Reds, have been affiliated since 1974. The PaddleHeads (previously the Osprey) played their first Pioneer League season in 1999, but Missoula has a professional baseball history dating to 1956.

Regardless, the Pioneer League’s future is very much in danger.

MLB’s purported reasoning for this restructuring is, in one sense, to improve working conditions for player development with better facilities. Geography is also a concern, especially at the Pioneer League level where teams travel many hours on buses between cities.

Instead, MiLB has accused MLB of using this as a crude cost-cutting measure that would “translate to less than one-tenth of one percent of MLB’s revenues,” as stated in a letter to Commissioner Rob Manfred on Jan. 23.

It has, at times, gotten ugly.

Still, talks between the two sides will persist, whether progress (or lack thereof) is revealed.

“Both sides are continuing with their negotiations in hopes of striking a deal that is satisfactory and beneficial for both sides,” Jeff Lantz, Senior Communications Director for MiLB, told 406mtsports.com on Wednesday.

At the negotiating table for MLB have been Deputy Commissioner Dan Halem, Senior VP of Economics and Operations Morgan Sword — reportedly one of the architects of the contraction plan — and a handful of unnamed team owners.

Negotiating for MiLB, Lantz said, is “a cross-section of owners from different classification levels,” though he declined to reveal their identities.

Back home, Sen. Steve Daines on Wednesday told 406mtsports.com that Montana has a “united delegation” in the effort to save the state's Pioneer League teams from extinction.

Daines, a Republican, and fellow Montana Sen. Jon Tester, a Democrat, have both pledged to fight, as has Republican Rep. Greg Gianforte.

In the Senate, Connecticut Democrat Richard Blumenthal could introduce a similar resolution as early as this week, though Daines and Tester both said they are at the moment exploring the possibility of signing on when and if it comes to fruition.

“I look at everything here as a means to an end, and that end is to keep Pioneer League baseball in Montana,” Daines said. “We’ll weigh the pros and cons of what we believe is the right pressure to put on MLB here to get that outcome. We’ve got a team evaluating it. We’re going to take a hard look at it. If I think it’s something that will get an outcome — even the threat of introducing it I think is great leverage we have with MLB.”

Tester told 406mtsports.com, “I’m not on it yet. I’m trying to use that as a way to continue to talk to MLB to make sure we can save Minor League Baseball. It is a ‘sense of the Senate,’ which means it doesn’t have the force of law but it is powerful in the sense that it says that the United States Senate believes, in the end, that Minor League Baseball is important.”

Both Daines and Tester said they can play a little hardball of their own; each is open to using MLB’s longstanding antitrust exemption as further leverage against the contraction proposal.

That exemption — which has been in effect since 1922 — gives MLB immunity from lawsuits that might challenge certain forms of collusion or competitive imbalance. Legislation could be passed to narrow or eliminate it outright if MLB continues down this path.

“That’s absolutely correct. I think it can be used as leverage,” Tester said. “I hope it doesn’t come to that. I hope we can encourage them to do the right thing long before we’re threatening them with removing the antitrust exemption. I really think that the people I’ve talked to understand the points that I’ve told them about why this is important. We’ve got some talking points other states don’t have.”

Daines said a potential threat against the antitrust exemption “sends a very strong message to MLB,” but his preferred course of action, like Tester’s, is to continue a pressure campaign.

Both senators are worried not only about the loss of entertainment value for Montanans, but also the economic impact, which they said would directly affect the communities of Billings, Great Falls and Missoula.

Daines hopes to host MLB representatives in Montana this summer to “see the passion of the community and hear first-hand what these teams mean to the state of Montana. I think that would have a significant impact.”

“There’s a perception they might have about what baseball might look like in Montana, and I think if they see it they’re going to get a different picture,” Daines continued. “I want them to come out, visit and spend some time with the community. That is a key next step.”

Even if the Pioneer League’s eight teams lose their respective affiliations from their MLB parent clubs, there is still a chance that they will remain in operation — whether that is part of a proposed “Dream League” of long-shot prospects or any one of a number of amateur wood-bat summer leagues.

Neither Tester nor Daines sees that as a viable alternative.

“I can’t imagine this being as quality of an experience if it’s not affiliated with MLB,” Tester said. “I just don’t know how you get that done and still have a quality product to put on the field.

In the meantime, we continue to watch. And wait.