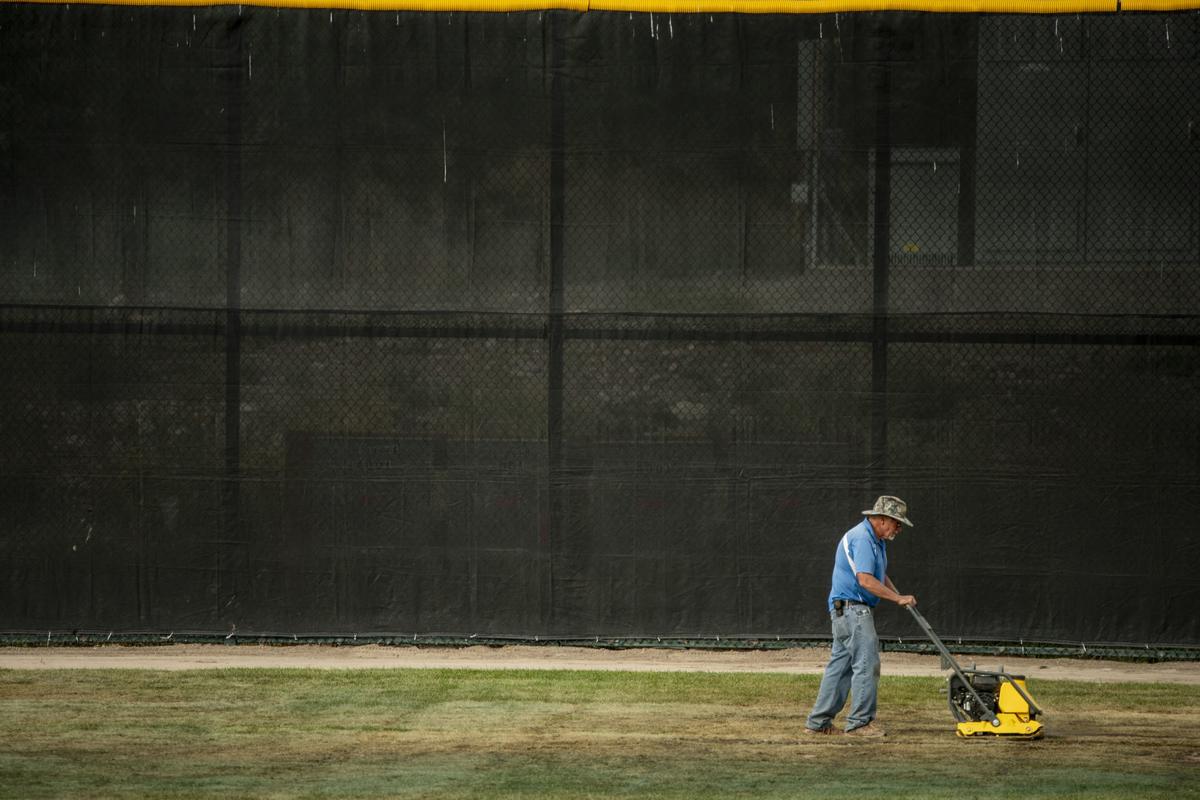 The Mumford and Sons concert and rain last Sunday caused considerable damage in right center field at Ogren-Allegiance Park. In this photo taken Friday night, a groundskeeper works on the soggy area. Friday's game against the Great Falls Voyagers was postponed. It will be played as part of a doubleheader Sunday. 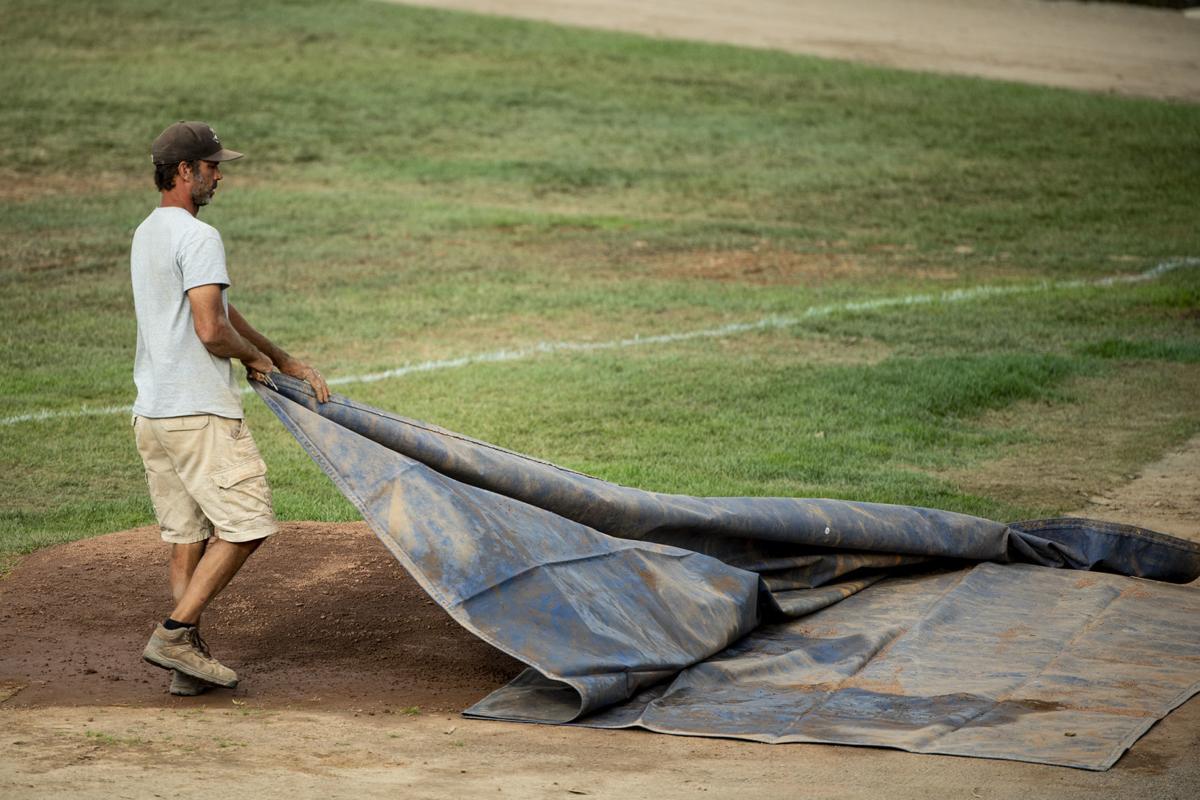 A groundskeeper places a tarp on the bullpen dirt at Ogren-Allegiance Park. Friday's game was postponed due to poor conditions on the field.

The Mumford and Sons concert and rain last Sunday caused considerable damage in right center field at Ogren-Allegiance Park. In this photo taken Friday night, a groundskeeper works on the soggy area. Friday's game against the Great Falls Voyagers was postponed. It will be played as part of a doubleheader Sunday.

A groundskeeper places a tarp on the bullpen dirt at Ogren-Allegiance Park. Friday's game was postponed due to poor conditions on the field.

MISSOULA — Mumford and Sons left behind a major mess for the Missoula Osprey.

Last Sunday night's concert at Ogren-Allegiance Park proved memorable in spite of soggy conditions caused by heavy rain in the afternoon. There was, however, one big loser: Allegiance Field.

Between the heavy equipment and foot traffic, it received a beating that left the Osprey organization in scramble mode. The field still isn't ready for baseball, so Friday's scheduled night game against the Great Falls Voyagers has been re-slated for Sunday as part of a doubleheader starting at 5 p.m.

"The rain (Thursday) didn't help, but we've been trying to repair most of the field all week," Osprey vice president Matt Ellis said. "We've got (an OK) on the entire field except for deep right center, where the stage was at. There was a lot of damage to the turf caused by the concert and the rain that happened on Sunday.

"We spent the entire week repairing that. We brought in local landscape people to help us with their expertise. We've been full-on with our crew. We brought in some topsoil to re-dress that whole area. We've got it level but it's just too soft in that right center area and it's too big of an area to overlook because it creates an injury hazard."

Osprey marketing director Taylor Rush estimated that 10 tons of topsoil have been dumped on the outfield. Without it and the labor of double-digit work crews daily, the area would still be a sloppy mess.

Rush has been part of the O's organization the past seven years. He ranked this week right up there with the greatest field challenges he has seen. There was that torrential downpour several years ago that required a call to Roto-Rooter, but ...

"This has been a different level of challenge," he said. "We've had concerts and field damage before, but it's been on a smaller scope. We've had to look at this as a whole field."

The Osprey took a financial hit by postponing Friday's game. Not only did they lose the gate money but they had a popular Brewfest promotion that was scrapped. The timing could not have been much worse for a team striving to bolster its attendance numbers in August.

Ellis has been a part of Missoula's minor league team since it became the Osprey in 1994. He can't recall a time when the team had to deal with such serious turf issues.

"I can't say enough for my grounds crew and the local businesses that helped us in terms of trying to get this field ready," he said. "We came very close. If you would have looked at it on Monday, you would have said it was going to take a miracle. We almost pulled it off.

According to Rush, officials spent most of Monday raking the field. Mumford and Sons foot traffic flattened the soggy playing surface, so raking was necessary to help the grass stand up and avoid suffocation. After that, a good deal of time was spent making sure the playing surface was flat so that players would not have to deal with odd bounces.

The Osprey are slated to resume their season at home Saturday against the Voyagers at 7:05 p.m. The O's are chasing a Pioneer League Northern Division second-half title. They trailed first-place Billings by three games heading into Friday's action.

MISSOULA — It's been one big swing-and-miss weekend for the Missoula Osprey.