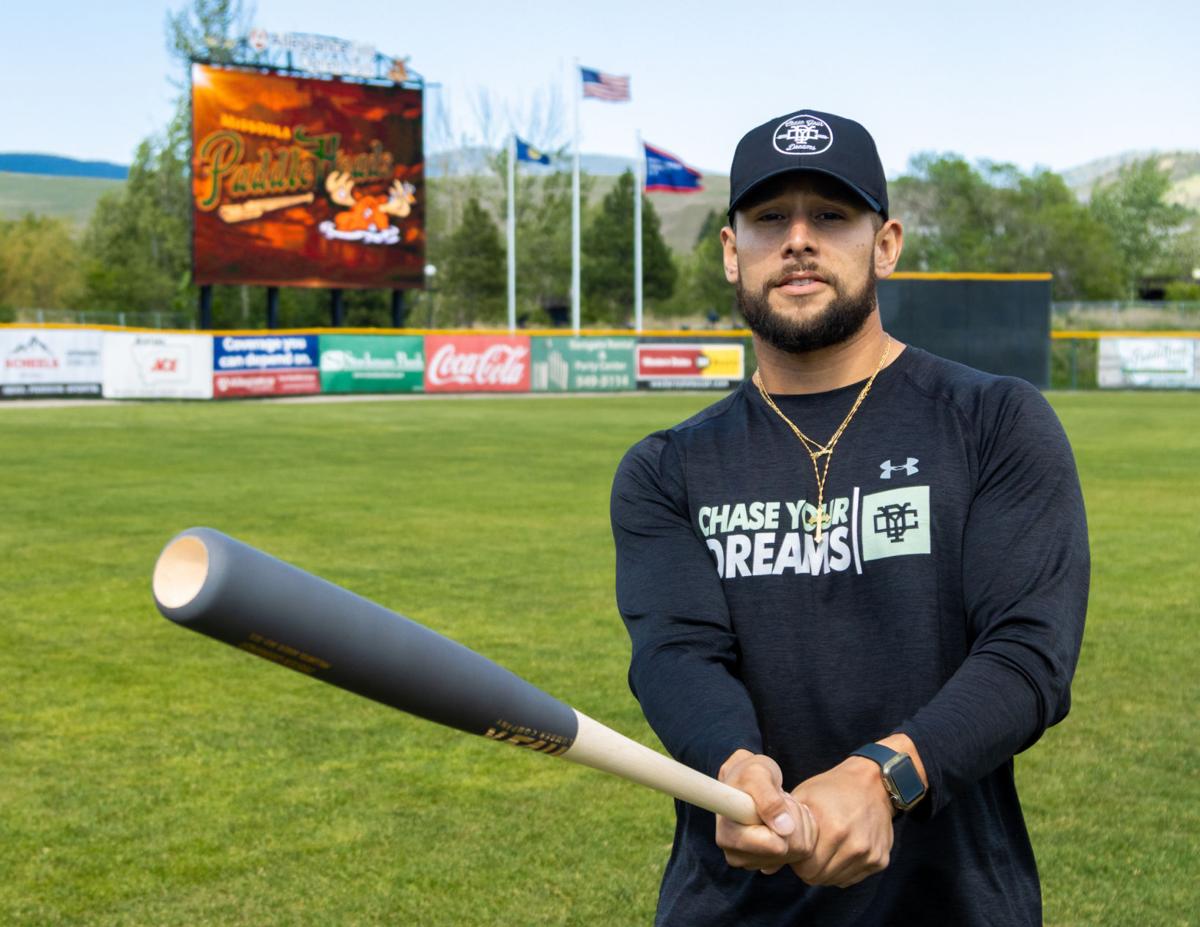 Missoula PaddleHeads outfielder Tristen Carranza has been a catalyst for a team that boasted a sparkling 10-2 record heading into Saturday night's home game. Carranza is hitting over .400 with four stolen bases in his first 12 games. 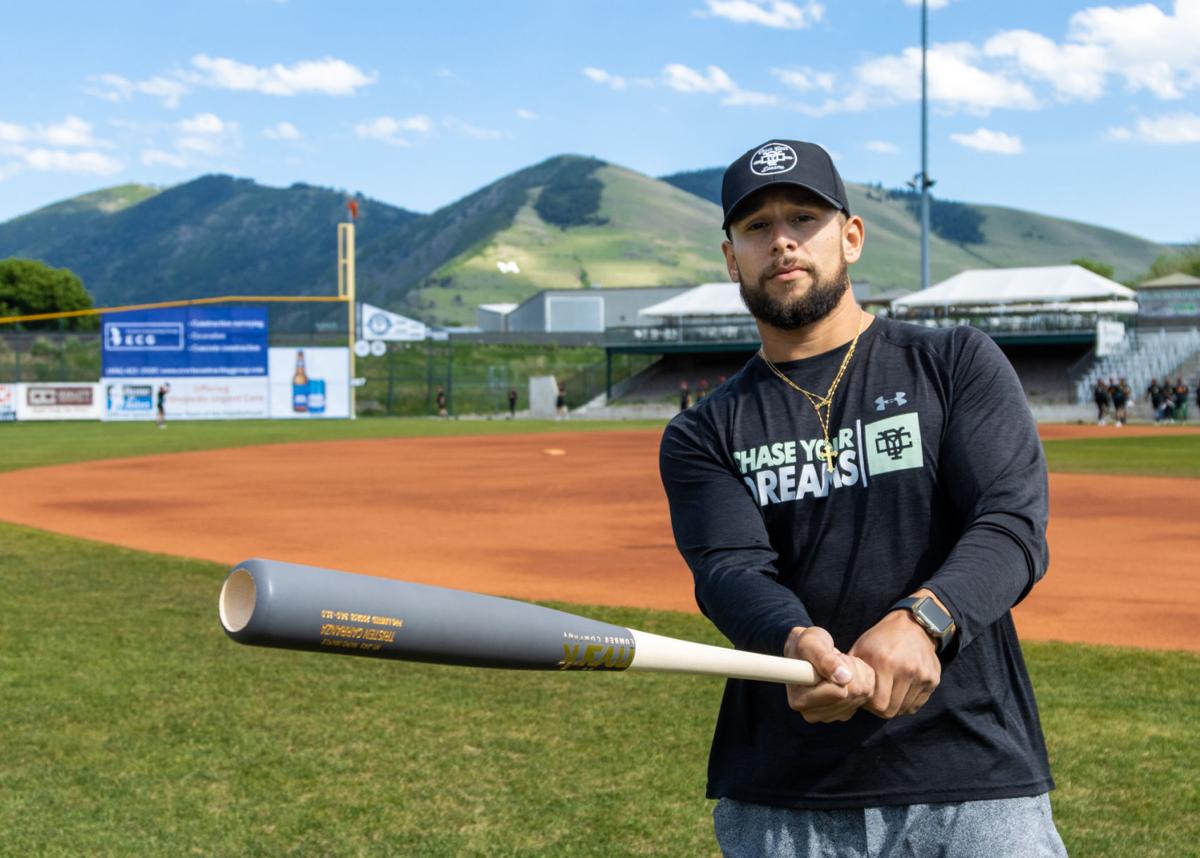 Missoula Paddleheads out fielder Tristen Carranza (2) stands on the left field of Ogren Park at Allegiance Field prior to the Paddleheads' first of three games against the Boise Hawks on June 5.

Missoula PaddleHeads outfielder Tristen Carranza has been a catalyst for a team that boasted a sparkling 10-2 record heading into Saturday night's home game. Carranza is hitting over .400 with four stolen bases in his first 12 games.

Missoula Paddleheads out fielder Tristen Carranza (2) stands on the left field of Ogren Park at Allegiance Field prior to the Paddleheads' first of three games against the Boise Hawks on June 5.

MISSOULA — It's been two decades since Missoula's professional baseball team enjoyed such a sizzling start.

The Missoula PaddleHeads took a sparkling 10-2 record into Saturday night's home game, and that's just part of the story. There's the 11 home runs belted in the three games leading up to Saturday and the 84 runs scored on a six-game road swing last week, resulting in a 5-1 record.

In short, the PaddleHeads have hit the ground running. A big reason why is the hot hitting of players like outfielder Tristen Carranza, one of six team members hitting over .300 and three hitting over .400 along with Zac Almond and Luke Navigato.

You might say good fortune was on Missoula's side when it landed Carranza this past winter. He was lined up to play for the Pioneer League team in Colorado Springs, the Rocky Mountain Vibes, until that team decided to go with Acereros Mexican minor league players exclusively.

When Carranza heard the news, he immediately asked his agent to call Missoula.

"This is my favorite place I've ever played in my whole career," said the 24-year-old Californian, who was with the Osprey in 2019. "It's God's gift to Earth. I love the food, the people, the baseball, it's amazing."

Carranza's sizzling start isn't exactly an accident. He played in the Mexican minor leagues this past winter and went to spring training with a Mexican league team before coming to Missoula.

In between he worked on his hitting with his dad, Pedro Carranza. Pedro was Tristen's high school baseball coach and played in the Pioneer League back when there was a team in Pocatello, Idaho.

Like Carranza, the PaddleHeads' early success is no accident, either. The coaches know how to spot talent, from manager Michael Schlact and assistant coaches Bobby Brown and Mason Pryzbilla to consultant George Horton, a longtime college skipper.

"We're all pretty good friends at this point," Carranza offered. "I know other teams are having problems with guys jelling, but we've all just hung around each other since Day One.

"That goes back to the front office having us all stay at the same hotel that first week. That really helped us get close."

Carranza and the PaddleHeads set their sights on a fourth straight win Saturday night in their home game with the Boise Hawks. It marked the first time a Boise Pioneer League team played in Missoula since 1960, when Missoula entertained Boise in its final home game as the Timberjacks.

To find out how the game turned out, log on to missoulian.com.

On Friday night, the PaddleHeads completed a three-game road sweep of the Boise Hawks with a 16-8 win at Memorial Stadium.

The PaddleHeads wasted little time getting the offense in gear, scoring in each of the first five innings to jump out to a 14-5 advantage.

Almond did damage with an RBI single to highlight a six-run rally in the fifth that blew the game open. He finished 4 for 6 with two RBIs.

The native of North Carolina was 11 for 16 in the three-game road series with two home runs and 11 RBIs. Almond has tallied at least three hits in each of his last four games.

Also smacking home runs for Missoula on Friday were Dean Nevarez, Clay Fischer and Jared Akins. Fischer homered in every game of the series.

Domingo Pena earned his second pitching win of the season in five innings of work. Reliever Greg Elder was also solid in two innings, allowing only one hit while striking out five.

In other PaddleHeads news on Friday, the team signed free agent third baseman Cameron Thompson to its active roster. The Texan played his college baseball at Kansas State. Pitchers Taylor Bloye and Keven Long were released.