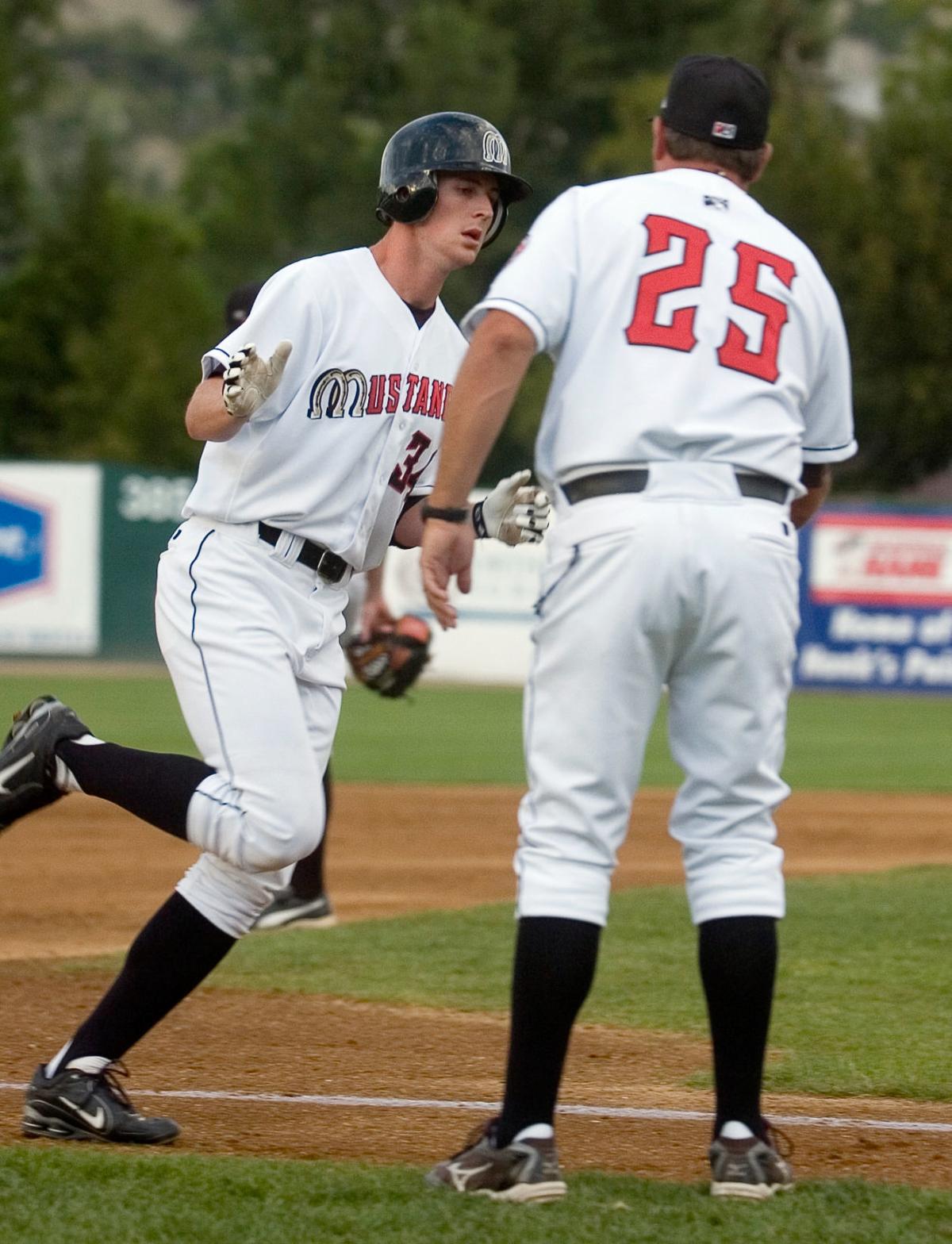 Drew Stubbs is congratulated by third base coach Jeff Young after hitting a home run against the Missoula Osprey at Cobb Field on Aug. 3, 2006. Stubbs is part of a podcast series by David Graf that takes a look at the Pioneer League from the viewpoint of former players, as well as media members. 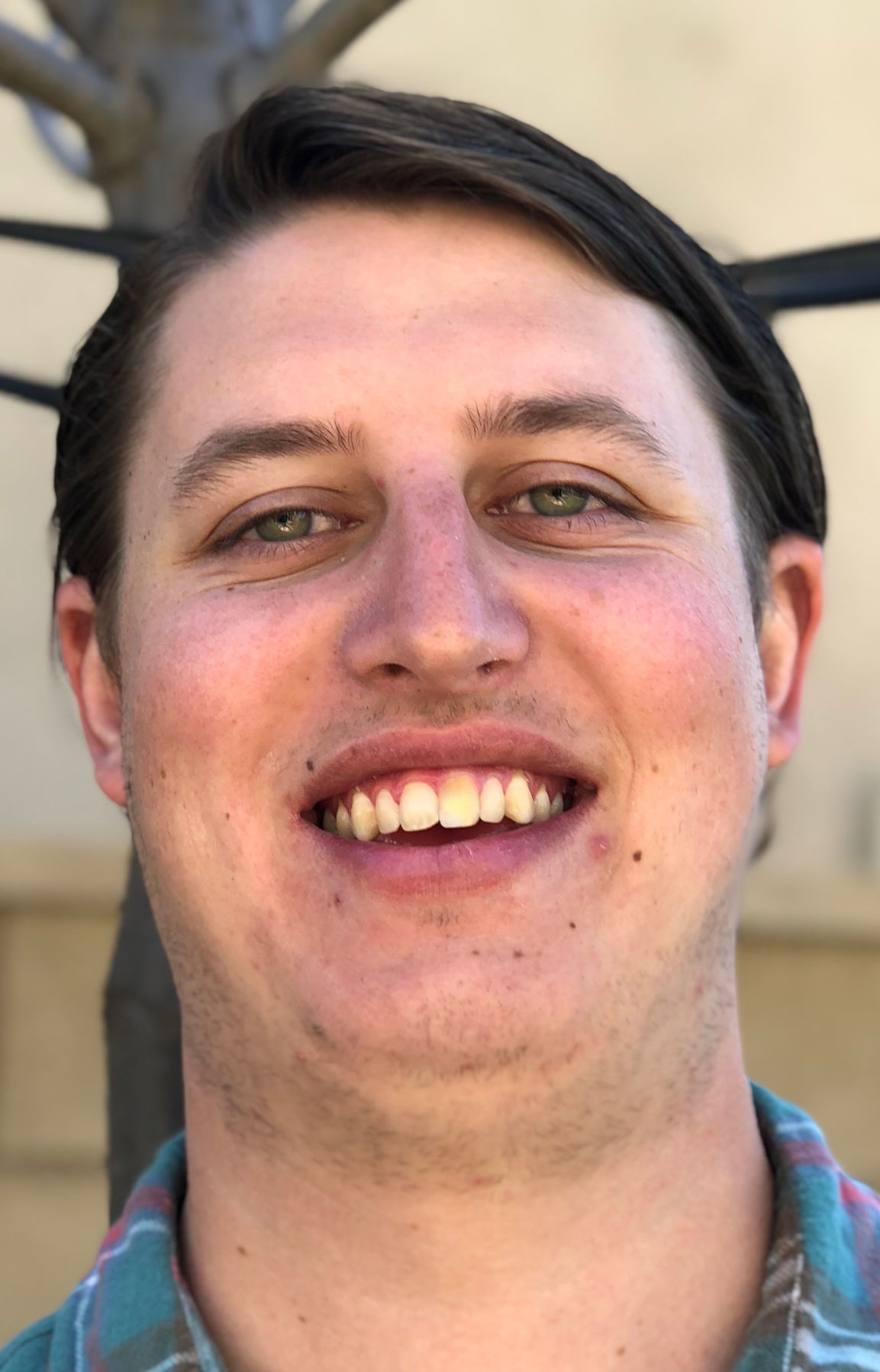 Drew Stubbs is congratulated by third base coach Jeff Young after hitting a home run against the Missoula Osprey at Cobb Field on Aug. 3, 2006. Stubbs is part of a podcast series by David Graf that takes a look at the Pioneer League from the viewpoint of former players, as well as media members.

BILLINGS — David Graf, an Arkansas native, University of Wyoming graduate and short-term Missoula resident who is now living in Southern California, didn’t set out to become an expert on the Pioneer League.

In fact, Graf scoffs at the mention of such a label. The path he started on earlier this year to document stories from the league was stoked when word first got out that Major League Baseball was considering eliminating some 40-plus minor league affiliates, including the entire Pioneer League, which was founded in 1939.

And that voyage hasn’t halted, even through a coronavirus-related job layoff and a move, after living in Missoula for 10 months, from Montana to California.

“I was kind of thinking in my head, man, a good idea would be to talk to some of the guys who have played in the league,” Graf, 24, said from California where he’s trying to figure out his next move. “This is a league with a lot history and there’s a lot of support in some of these cities, especially in Montana.

“It’s also, realistically, the only connection to Major League Baseball in the state of Montana so I thought I’d track down as many guys as I could to talk about their experience playing minor-league baseball in Montana.”

The idea germinated while Graf, who graduated from Wyoming a year ago, was working at radio station ESPN Missoula. But the pandemic hit and before he could start his project Graf was forced to join the millions in the unemployment line.

It would have been easy to let the Pioneer League plan wither on the vine at that point. Instead, the thought of getting it off the ground had the opposite effect.

“When I was laid off (in March) it got me out of bed every day, it gave me something to do, something to get excited about,” Graf said. “Reaching out, scheduling interviews, researching them, everything that goes into it. My two passions in life really are baseball and radio, so I love doing this.”

The result is a nine-episode podcast in which Graf talks to former players and those who cover the league (including this writer).

The series drops Tuesday with former Billings Mustang Drew Stubbs, who was the Cincinnati Reds’ top draft pick in 2006. Stubbs helped the Mustangs win 51 games and went on to a nine-year MLB career.

Other subjects of the podcast include:

• Lyle Overbay, who, in 1999 for the Missoula Osprey, became the first player to reach 100 RBIs in a short-season league and went on to a 14-year MLB career;

• Greg Morrison, who won the 1997 Pioneer League triple crown while with the Medicine Hat Blue Jays and who also played in Great Falls in 1995;

• James Loney, the 13-year MLB veteran who played for the Great Falls Dodgers in 2002.

Graf said the players were open and enthusiastic about their time in the Pioneer League. General themes emerged, he said. Among theme were the uniqueness of living with host families and how much time young players put into trying to reach the next level, and, ultimately, The Show.

“All these guys, when you talk to them, are like, ‘yeah, I didn’t think ever in my life I’d end up in Montana, especially not playing baseball,' " Graf said. “So it really was an experience, not only just their first stop in professional baseball, but it was somewhere they never really would have thought they would have ended up, so it really did impact their lives.”

Graf’s original plan was to do 25 episodes on the Pioneer League and he said he has 13 interviews in the can.

Still unemployed, Graf is releasing links to his podcast via his Twitter account @mrdavidgraf. You can also listen to an introductory episode searching 'The Pioneer League Podcast' on Apple Podcasts, Spotify, Stitcher or Google Podcasts.

Graf has other podcasting experience, including producing a podcast for ESPN Missoula on the Grizzlies' men's basketball coaching history called Griz Greats: The Coaching Tree, and hosting a weekly WyoSports podcast which covers the Cowboys, Mountain West, Wyoming high schools and professional sports in Denver.

With the future of the Pioneer League in doubt, Graf said it’s doubly important to get stories from former players in the public domain.

And who knows? In the process, Graf, who said he occasionally went to Mustangs games during visits to Billings during his UW days, might just become the Pioneer League expert he never set out to be.