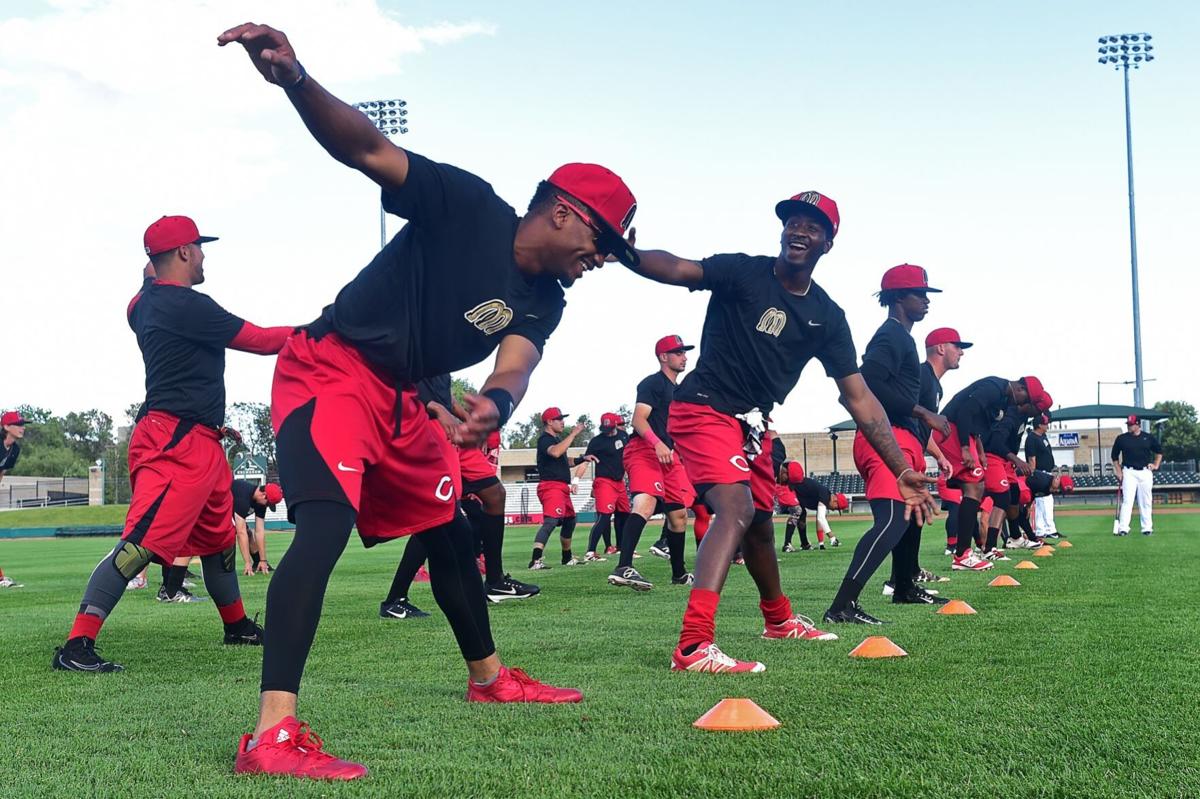 Billings Mustangs players stretch during workouts at Dehler Park in 2018. The Pioneer League could look much different in 2021, though Billings owner Dave Heller is "100% confident" a season will take place. 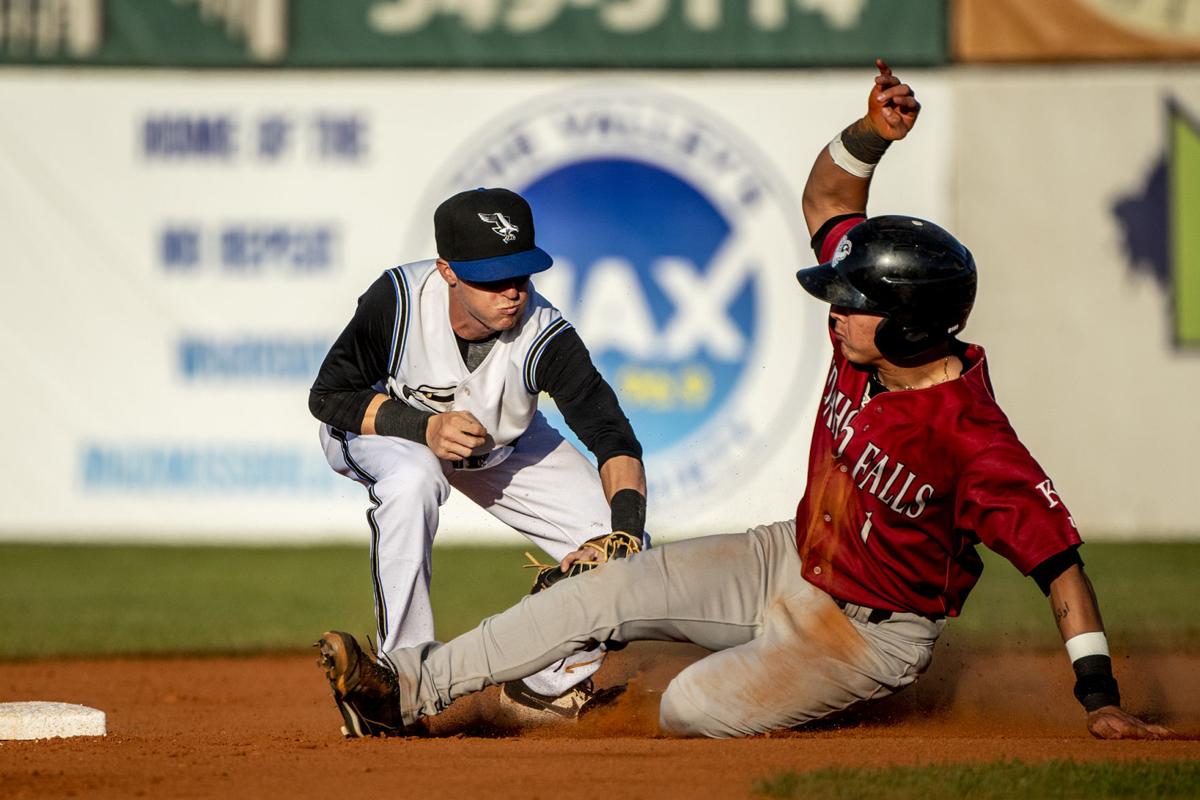 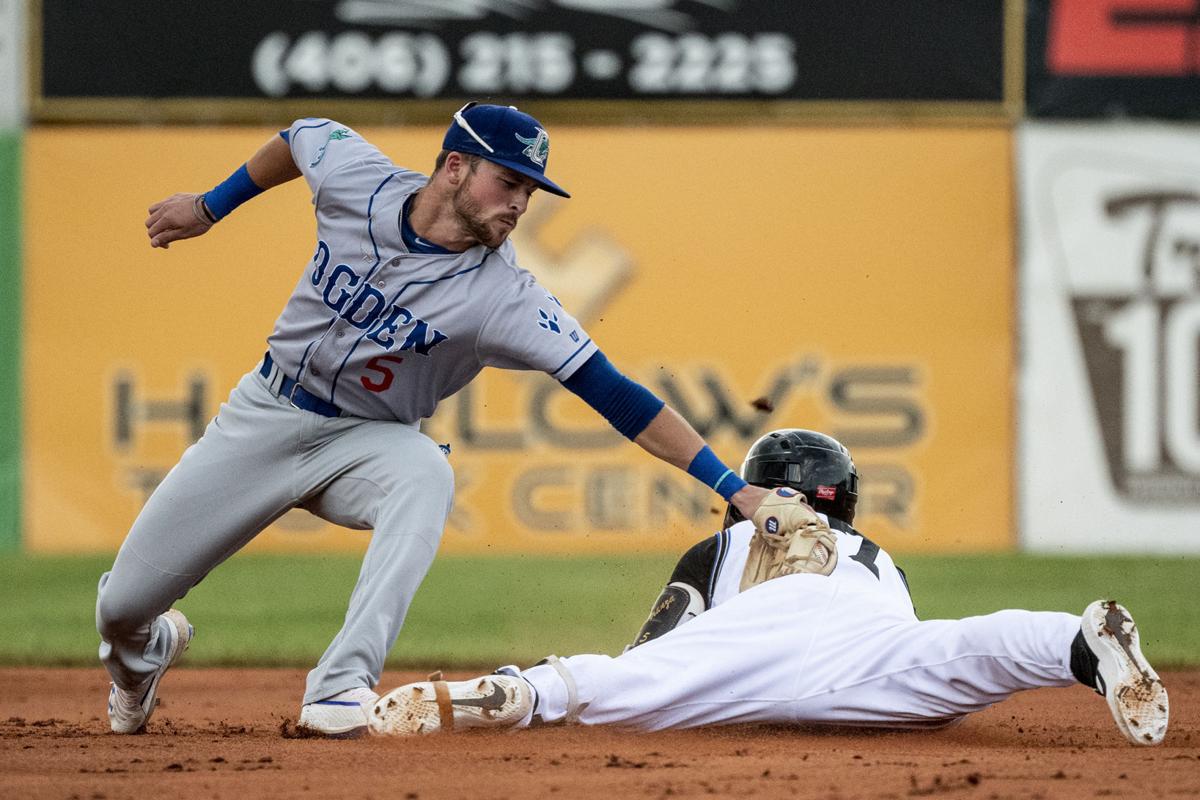 BILLINGS — It wasn’t D-Day for the many Minor League Baseball franchises still facing uncertainty for 2021, but Wednesday marked the crossing of an important threshold in regard to the future of professional baseball in Montana and beyond.

With the expiration of the Professional Baseball Agreement, the contract that has governed the working relationship between Major League Baseball and MiLB for the past 30 years, it’s getting closer to decision time for the fate of the Pioneer League, which is among the short-season leagues on the brink of losing longstanding player development affiliations with MLB.

Pioneer League president Jim McCurdy told The Billings Gazette and 406mtsports.com that negotiations between MLB and MiLB will continue in the interim.

The Pioneer League, which operates in Montana and surrounding states, has played affiliated professional baseball for more than 80 years. But Major League Baseball’s reported goal has been to cut the minor leagues by roughly 40 teams in an effort to streamline player development and improve working conditions for players.

Ideally, a new agreement would be in place by the end of the calendar year, Mustangs owner Dave Heller told The Gazette and 406mtsports.com. But what that will look like isn’t yet known.

The 2020 minor league season was officially canceled across the board on June 30 due to the coronavirus pandemic.

Heller said there are a handful of options for the future:

• The desired (but less likely) scenario is that nothing changes and Pioneer League teams remain affiliated with their MLB parent clubs and continue as they have for decades.

• A second option is that the league plays independently with a combination of players loaned by MLB and those that were previously drafted but no longer signed to MLB clubs, or players that would have otherwise been drafted but weren't selected in what will likely be a smaller amateur draft.

• A third (and more likely) scenario would be that the league becomes a wood bat college prospects league made up of draft-eligible juniors and seniors. It was announced this week that the Appalachian League, similar to size and scope to the Pioneer League, will now operate as a wood-bat prospects league of collegiate freshmen and sophomores.

“We’re optimistic that we’re going to come out in really excellent shape,” Missoula owner Peter Davis told The Gazette and 406mtsports.com. “It’s not going to be our (first) choice, but it’ll be a choice we can live with and we can continue and baseball will continue in Montana in Great Falls and in Billings and in Missoula.”

Notably, the Major League Baseball amateur draft is being moved from June to July in conjunction with the All-Star break. As mentioned above, there will be an option for the draft to be shortened from 40 rounds to 20 (or less), meaning more undrafted players are likely to be available to fill Pioneer League rosters at the outset of the season.

No matter the outcome, both Heller and Davis said the Pioneer League is devoted to playing in 2021.

Added Davis: “We’ve been unified and everyone is on board. We’re all pretty excited about the future. We’re hanging in together. There will be a Pioneer League season next year. Everyone is committed to that.”

Elmore released a statement through MiLB on Wednesday, which noted the expiration of the PBA but also declared that “Minor League Baseball’s negotiators have been meeting with MLB to reach a new agreement — one that would continue the relationship with MLB and preserve affordable, family-friendly entertainment in each of our 150 communities across the nation.

“Minor League Baseball will continue to work in good faith over the coming weeks to reach a well-designed and fair agreement that meets MLB’s player development needs and continues the relationship between the two for generations to come.”

Also on Wednesday, Montana Sen. Jon Tester, a Democrat, released a letter he issued to Major League Baseball commissioner Rob Manfred. In the letter, Tester again pressed MLB to renew its relationship with the Pioneer League.

Tester wrote to Manfred, in part:

“I strongly urge you to commit to negotiating a new contract with MiLB that maintains or expands Pioneer League baseball in Montana.

“I hear from local officials in my state about the heartbreak the absence of the Pioneer League could have on their communities’ fans and businesses. As I have repeatedly discussed with MLB officials over the last year, I strongly believe the future of MLB will also be harmed by pulling out of rural states like Montana.

“MLB should not walk away from its rural fans. I stand ready to work with you to ensure the Pioneer League continues to grow and succeed in Montana. I ask that you please keep me updated as negotiations continue, and I urge you to enter into a new contract with MiLB that preserves the Pioneer League.”

In his letter, Daines took a similar tack as Tester, and also called on MLB to give its clubs the choice of keeping a fifth minor league affiliate, which has been reported to be part of the ongoing negotiations between the two sides.

“I urge you to take action and reach an agreement to preserve Montana’s three clubs in Billings, Great Falls, and Missoula,” Daines wrote. “I also request that you provide MLB clubs the option of having up to five MiLB affiliates if they so choose.

“Allowing for MLB clubs to have an optional fifth affiliate could increase the capacity for MLB teams to develop talent while providing MiLB organizations more opportunities to continue being an economic driver in their communities and provide Montana families with an affordable way to witness future baseball stars.”

League's future still in flux as 30-year PBA is scheduled to run out at the end of September.