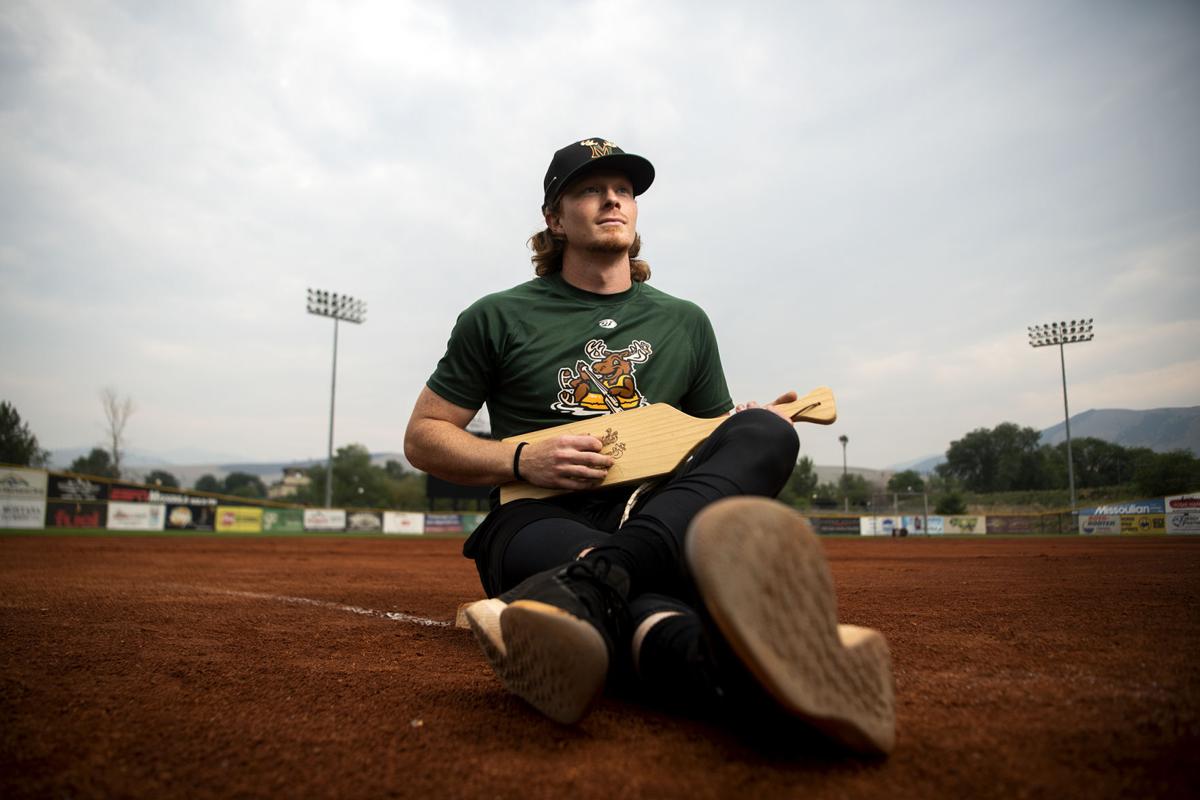 Nick Gatewood, first baseman for the Missoula PaddleHeads, learned to play guitar and brings it on the road with him when traveling with the team. He boasted a .319 average with six home runs heading into Monday night's home game. 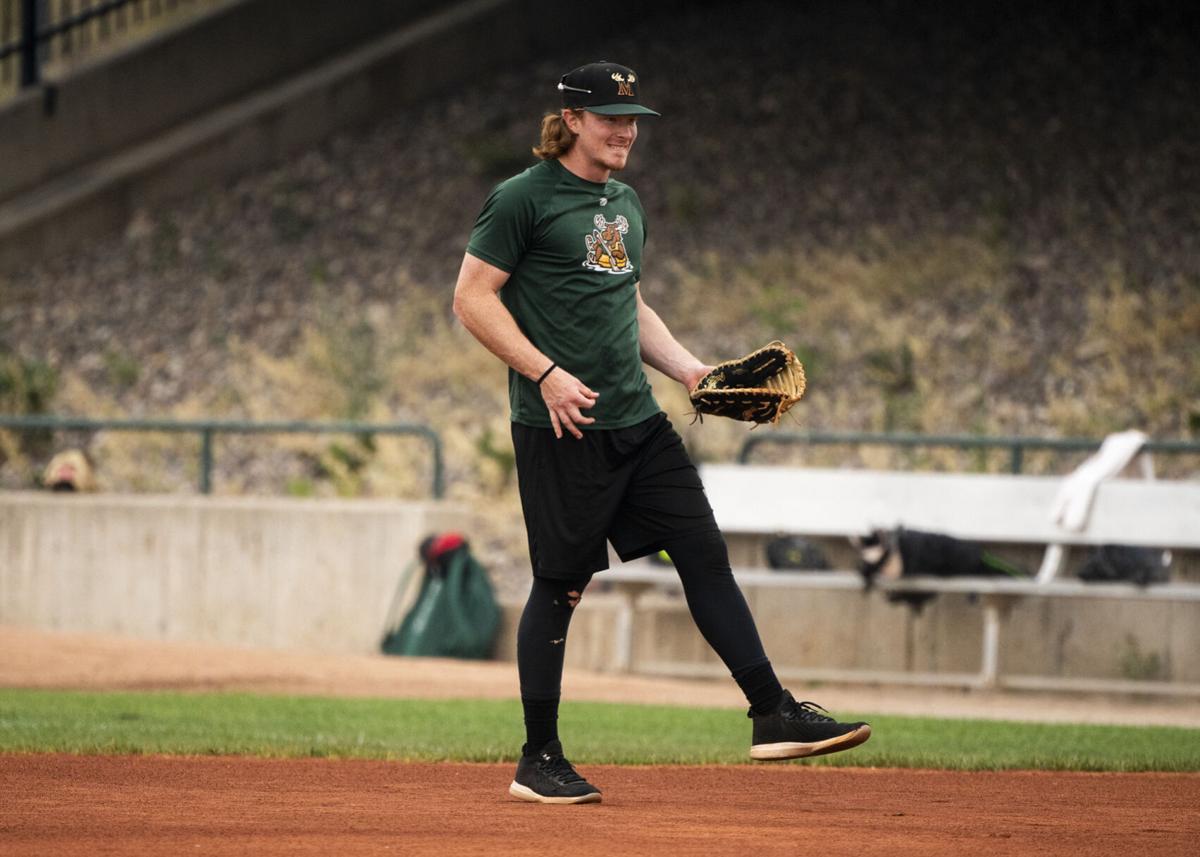 Nick Gatewood, first baseman for the Missoula PaddleHeads, learned to play guitar and brings it on the road with him when traveling with the team. He boasted a .319 average with six home runs heading into Monday night's home game.

MISSOULA — Nick Gatewood might be the coolest cat on the Missoula PaddleHeads.

Cool as in poised under pressure at the plate when his team needed him most last week in its run to a Pioneer League Northern Division first-half title. Cool as in outgoing, funny, stylish mane and, oh yeah, he plays guitar — electric and acoustic.

"Some of the guys like to play and sing," Gatewood says with a grin. "I just kind of picked it up as a hobby while I was sitting at home for a while. I'm not like master guitar, but I can play it. They were begging me to do the (National) Anthem but I don't know if I can do that."

The 24-year-old Gatewood, who played on the low-A level for the San Diego Padres organization in 2019, performed like a rock star in the final five games of the first half last week. On second thought, make that country star since he prefers that genre.

Gatewood was 11 for 17 at the plate with four extra-base hits and four RBIs. He was a perfect 5 for 5 last Wednesday in Missoula's first game of a six-game series against the visiting Billings Mustangs. And his parents were in the crowd that night, visiting from Georgia.

"I don't think I've ever had 5 for 5 before," said the former Georgia State standout. "I feel like I'd remember it.

"Baseball is way more fun when you're winning and you really want to play for your guys like this. To clinch the playoffs like we did (Friday), there's nothing better than that. I've been on an affiliate team before where we've done it and ended up losing the championship, which was heartbreaking. I'm really looking to win the whole thing here."

Talent is a big reason the PaddleHeads (36-14) boasted the best record in the Pioneer League heading into Monday night's home game. But talent is not the only reason Missoula is good, according to Gatewood.

The first baseman says he has never been a part of such a close-knit crew.

"I can call any guy on the team and go hang out with them and have the time of my life," Gatewood said. "I look forward to getting here every day and seeing them. That makes the ups and downs a lot easier when you're not playing well. The only reason I can think of is how the coaches made the culture."

PaddleHeads hitting coach Bobby Brown deserves some credit for getting Gatewood ready for the summer of 2021. After Gatewood was released from the Padres organization in early 2020, he landed in a makeshift league that Brown put together in California last summer.

"I was just doing normal offseason stuff and for a while it got monotonous," said Gatewood, who has hit six home runs and looks like he's spent a lot of time in the weight room. "I'm really glad I stayed with it now."

On Sunday night, the PaddleHeads saw their five-game winning streak come to an end with a 12-8 home loss to the rival Mustangs.

The Mustangs (19-31) had dropped the first four games of their six-game series against the Paddleheads. A seven-run uprising in the fourth inning made the difference Sunday.

Dalton Cornett belted a three-run homer during the Mustangs' seven-run fourth. A Tristen Carranza double and a single by Anthony Amicangelo accounted for the other four runs as Billings constructed a 9-2 cushion.

Luke Navigato and Jared Akins homered for the PaddleHeads.

Missoula and Billings closed out their series on Monday night in Missoula. To find out what happened in that game, log on to missoulian.com on Tuesday morning.

Cool-hand closer: PaddleHeads have ace in the hole in reliever Mark Simon

Three years ago, Mark Simon retired from pro baseball. His comeback has been a big success as closer for the Missoula PaddleHeads.