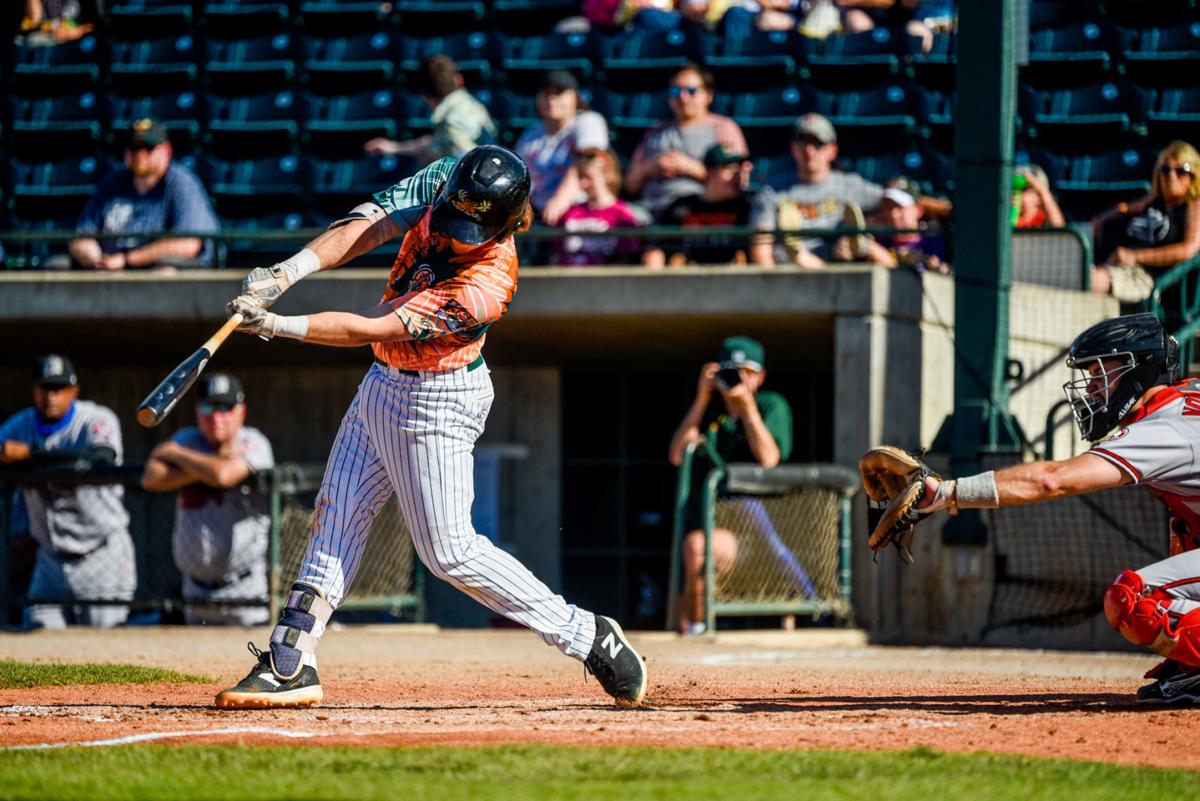 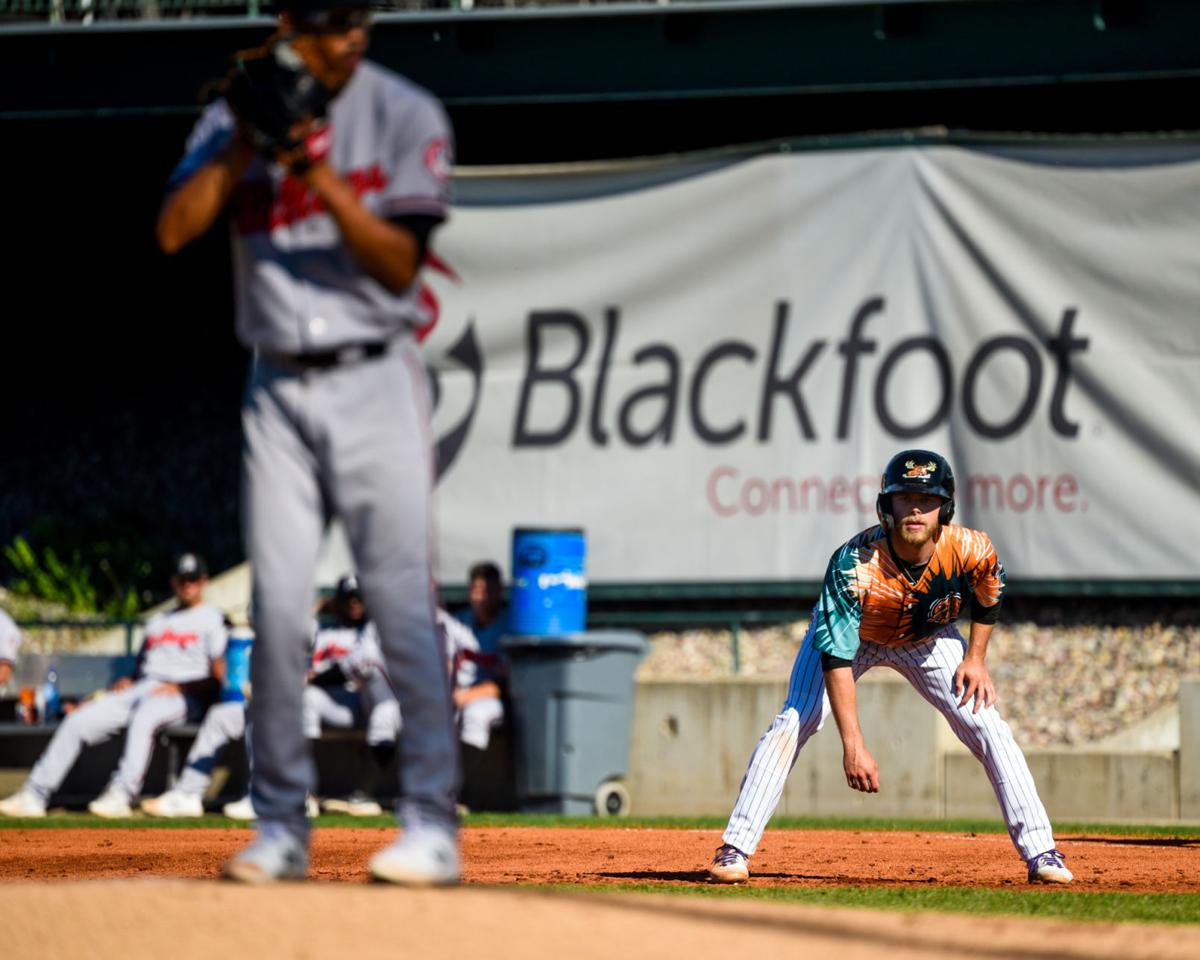 Missoula's Cameron Thompson watches Billings pitcher Gaylon Vines as he takes a lead off first base.

Missoula's Cameron Thompson watches Billings pitcher Gaylon Vines as he takes a lead off first base.

MISSOULA — With uniforms that would've went over well at Woodstock in 1969, the Missoula PaddleHeads have all the pieces in place for a groovy summer in 2021.

Certainly the spring has been far out.

The PaddleHeads won for the 10th time in 11 games on Sunday, outlasting the Billings Mustangs, 4-0, behind seven scoreless innings and eight strikeouts by starting pitcher Andrew Bash. Missoula (17-3) leads the Pioneer League Northern Division by six games and is tied with the Southern Division's Ogden Raptors for the best record in the league.

Bash and Billings starter Gaylon Viney were both solid through five innings and that was reflected in the scoreless tie. Then everything changed in the bottom of the sixth.

Missoula's Cameron Thompson drew a leadoff walk, setting the stage for Nick Gatewood's 410-foot home run to dead center field. It was just the second home run of the season for the first baseman/catcher from Georgia, and it couldn't have come at a better time for the fans, who were shouting for runs in the team's traditional "peanut inning."

Missoula added insurance runs in the seventh and eighth innings. Dean Nevarez was hit by a pitch with the bases loaded in the seventh. Aaron Bond hustled home on a Trevin Esquerra ground out in the eighth.

Billings loaded the bases with no outs in the eighth inning but failed to plate a run against reliever Jackson Sigman. He recorded a clutch strikeout and then coaxed a double play.

On Saturday night the PaddleHeads saw their nine-game win streak come to an end with a home loss to the Mustangs. It took a quirky new extra-inning format for the visitors to get it done as they capitalized on a knock-out scenario.

The teams were tied after nine innings and the game was decided by the Pioneer League's unique rule — some call it knock-out, others home run derby — in which sluggers are pitted against one another, each getting 10 pitches from close range. Aaron Bond of the PaddleHeads and Chris Salvey of the Mustangs both had an opportunity to give their team the victory.

Salvey’s home run to left field was the swing that Billings needed.

The Mustangs took control of the game in the fourth inning thanks to a four-run rally that made the score 5-0. The inning was highlighted by a three-run homer off the bat of Chris Eusay with two outs.

Notes: Missoula will host Billings in the rubber game of the three-game series on Monday night ... On Sunday the PaddleHeads announced the free agent signing of slugging outfielder/designated hitter Kyler Castillo. The Texan played his college ball at the University of New Mexico of the Mountain West Conference. He appeared in 37 games during the Lobos’ 2020-2021 campaign, posting a .425 batting average with seven home runs.