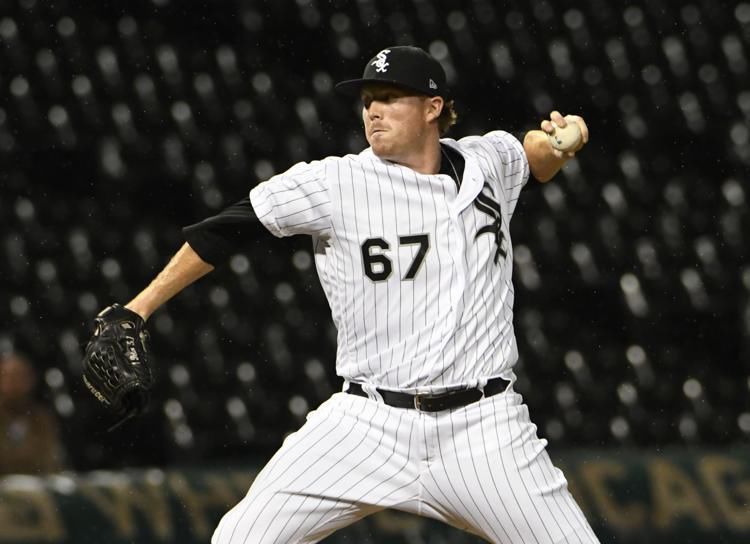 Caleb Frare of Miles City will be in a White Sox uniform again Sunday. 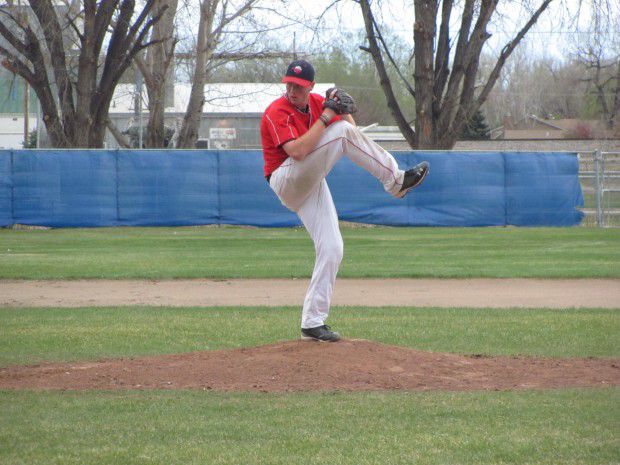 Caleb Frare shown pitching for the Miles City Outlaws in 2012. 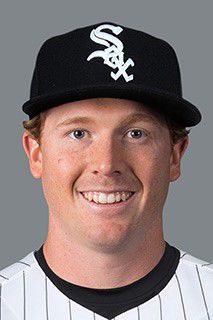 Caleb Frare of Miles City will be in a White Sox uniform again Sunday.

Caleb Frare shown pitching for the Miles City Outlaws in 2012.

BOZEMAN — The most magical moment of two magical days? It’s impossible for Caleb Frare to say.

In truth, they came one after another beginning Saturday, when a self-described once-chubby and marginally athletic kid from Miles City arrived at Guaranteed Rate Field on the south side of Chicago for his Major League Baseball debut with the White Sox.

Frare, a 25-year-old left-handed relief pitcher, already had succumbed to misty eyes on the plane ride from Charlotte, North Carolina, and was the proverbial kid in a candy store upon discovering he had an entire hotel room and its plush king bed all to himself on Friday.

But Saturday and then Sunday?

Today is something special. I have achieved a childhood dream. I don’t have the words to say how I feel. I want to thank God, my fiancé and family, my coaches, and the many people that have helped me and pushed me along the way. The journey is not over yet. pic.twitter.com/Itx53XNG33

They were the culmination of a dream, which was born two decades ago with backyard games of catch with his baseball-loving father, Mitch, and remained steadfast as he became a reluctant lightning rod after his dad and uncle, Monty, split from the traditional American Legion program and created the independent Miles City Outlaws, polarizing the town's baseball community to this day. They were the reward for all the personal dedication that began in earnest in eighth grade, when a Holy Rosary Healthcare physical therapist named Rob Brugger, working to repair Frare’s fractured left elbow, asked him what he wanted to be and he replied “Major League Baseball player.”

“Well,” Brugger responded, “you’re going to have to change your body type.”

Brugger suggested Frare run a mile every day during the upcoming school year, and so he did, trying to shave a second each day, until he went from a “completely gassed” 11-minute mile to a brisk 6-minute mile, trimming 20 pounds from a frame that had grown nearly six inches during the school year.

Saturday and Sunday also, Frare is certain, were the result of a higher power: A renewed spiritual commitment over the offseason that helped him regain an inner peace and mental balance that — six years after so-called Tommy John surgery, a car accident and torn quadricep sidelined him for the entire 2013 and '14 seasons — helped turn a wildly inconsistent flame-thrower into a precision pitcher with a 97 mph fastball and wicked slider.

The resulting earned-run average of 0.78 in 43 minor-league appearances at Class AA Trenton, Class AAA Scranton/Wilkes-Barre and then, after a July trade from the New York Yankees, Class AAA Charlotte, ultimately led to Frare's landmark weekend and his surreal first stroll into Chicago’s empty clubhouse.

At the time, the 2012 11th-round draft pick of the Yankees couldn’t imagine a more magical moment.

“I show up at the ballpark around 1, and my jersey is hanging in my locker and I’m just, like, ‘Wow, you made it! You did it!’ ” he told 406mtsports.com via phone from Chicago. “I didn’t believe it. I’m like, ‘This isn’t real’, but yet it is. I just kept walking around. I’d get water out of the fridge and it’d be ice cold …”

But wait. It gets better.

Shortly thereafter, Frare entered the dugout, walked up the steps and gazed onto an immaculate infield. He had to crane his head to see the light standards atop the ballpark.

Toto, I’ve a feeling we’re not in Scranton anymore.

“It’s one of those moments where you know what’s going on," he said, "but you don’t want to believe it.”

But wait. It gets even better yet.

When the game began, against the Boston Red Sox, who boasted baseball’s best record, Frare took his place in the bullpen. Still awed by meeting players he’d watched on TV as a teenager, most notably starting pitcher and 12-year veteran James Shields, his butterflies began to subside thanks to familiar rookie faces from Charlotte — teammates were also called up Sept. 1 as rosters expanded from 25 to 40 for the season’s final month.

Frare spent his first game absorbing the atmosphere alongside Ian Hamilton, a fellow pitcher who’d been summoned the previous day.

“Me and Hamilton were just in shock,” he said. “We turned to each other every other inning and said, ‘We’re in the Major Leagues!’ "

But wait. Yes, it gets better still.

Frare was told to be ready the next day, a blistering-hot Sunday afternoon. The call to the bullpen to warm up came in the sixth inning. Initially Frare was expecting to face the second batter in the seventh, but with Shields at 95 pitches after six the plan abruptly changed and Frare hastily began warming up to start the seventh.

“I stayed really calm,” he joked. “I about threw the first ball into the stands and hit somebody, but it stayed in the bullpen thankfully, and the next one bounced. I’m like, ‘All right, it can’t get any worse than that.’ The next one I locked in a little bit.”

And yet, after all that, what came next just might be what Frare will remember most one day when he’s holding his grandchildren on his lap.

As the bottom of the sixth inning ended, he took one last look at his surroundings before making the long walk across the outfield grass to the mound.

“I’m standing there thinking, ‘You’re just about to pitch in the Major Leagues’,” he said. “My entire minor-league career flashed before my eyes, all the ups and downs, the emotional ride, and I’m about to tear up.’ "

Frare said he never looks at a crowd before entering a game, but this time he made an exception.

Somewhere out there sat his parents, Mitch and Julie, and others in his family circle, including his fiancé, Danielle Bloyer, a teacher in Parker, Colorado. His parents had jumped in their car an hour after getting the call from their son, during which they burst into prideful tears themselves.

Caleb threw 18 pitches, 10 for strikes. He induced the first hitter to roll a harmless grounder to second base and struck out two in a 1-2-3 inning.

“Pure joy," he said of heading toward the dugout, where congratulatory teammates awaited. “I walked off the mound, but I couldn’t help but smile. I’d just made my Major League debut against the best team in baseball.”

Baseball is a humbling companion, and in his next appearance on Wednesday against struggling Detroit on the same mound, he gave up three singles and a walk for three earned runs in one-third of an inning, temporarily ballooning his ERA from 0.00 to 20.25.

Baseball also is a marathon and not a sprint, and the White Sox have made it clear Frare figures prominently in their long-term plans.

“Good stuff,” manager Rick Renteria told reporters after the debut. “He looked very, very confident, very poised out there. Hopefully it will be a sign of things to come.”

Besides, with his spirituality as a guiding and stabilizing force, and after overcoming two seasons without baseball, and after coming from a small eastern Montana town where youth baseball allegiances taught him how to deal with uncommon pressures at a young age, Frare isn't about to be fazed by a rough outing even amid the bright and unforgiving lights of a Chicago or New York, said Mike Etchemendy, one of his Outlaws baseball coaches.

“I’m excited for him because he’s overcome a lot,” Etchemendy said, noting not only Frare's early lack of athleticism but the tribal tensions in Miles City. “He really, really, really just grinded it out. His strongest point is his mind and determination.

“We’ve got a lot of kids in our program, and because of Caleb they all believe they can be a professional baseball player.”

Frare was equally effusive about his time with the Outlaws, who he said “allowed me to continue to play when I got no other opportunities” and launched him to the magical moments of this past weekend.

What’s next? Speaking of magical: When the season ends in early October, he’ll begin his new life in Colorado with Dani, a former Miles City resident and a teacher in Parker.

“An awesome woman,” Frare said of his fiancé, whom he’ll wed in December. “She stuck with me all through last year, and she even said ‘Yes’ when I proposed not knowing what my baseball future held. She cares how baseball goes for me, but in the end she wants me to be the best person I can be.”

Can it get better? Perhaps, but he'll be hard-pressed to top two magical days in September.

“A fun couple days for sure,” he said. “Definitely everything I hoped for.”

CHICAGO — Caleb Frare, a left-handed pitcher who starred for the Miles City Outlaws club baseball program, has been called up to the Chicago W…