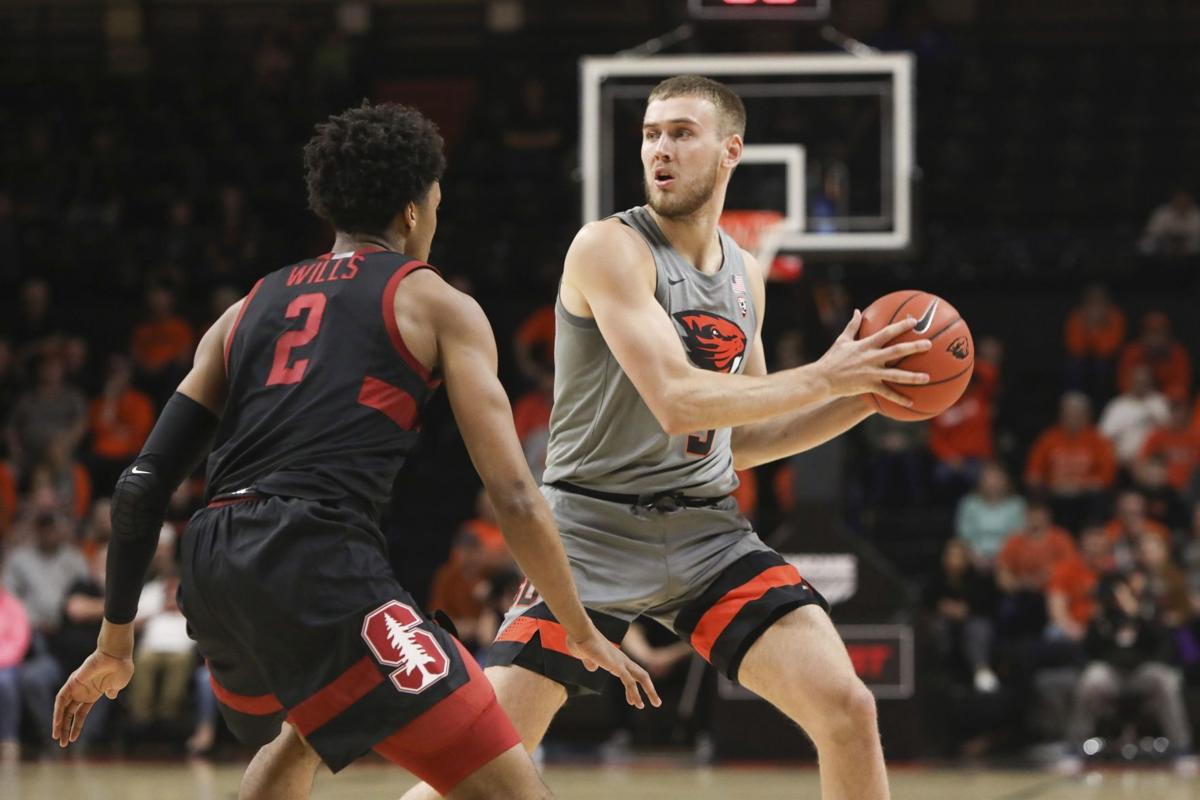 Tres Tinkle, pictured here playing a game for Oregon State, is a newly minted member of the Raptors 905, the Toronto Raptors G-League affiliate. 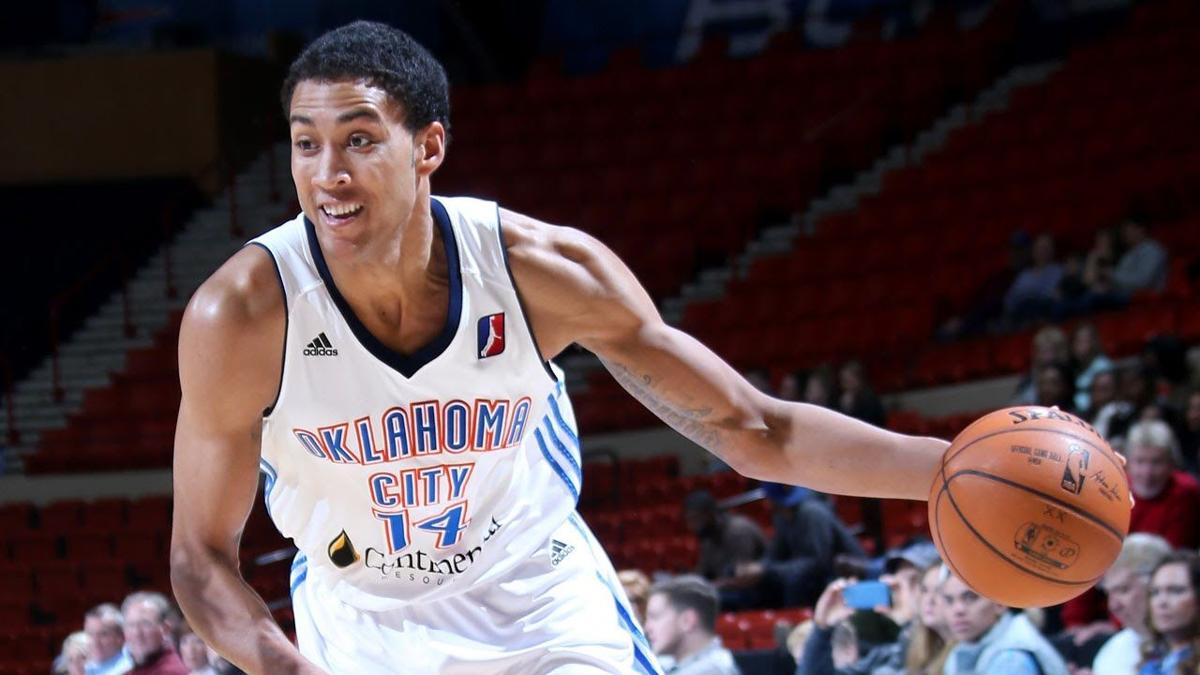 Great Falls native Josh Huestis, a one-time first-round pick of the Oklahoma City Thunder, is back and playing for the Rio Grande Valley Vipers, the Houston Rockets G-League affiliate. 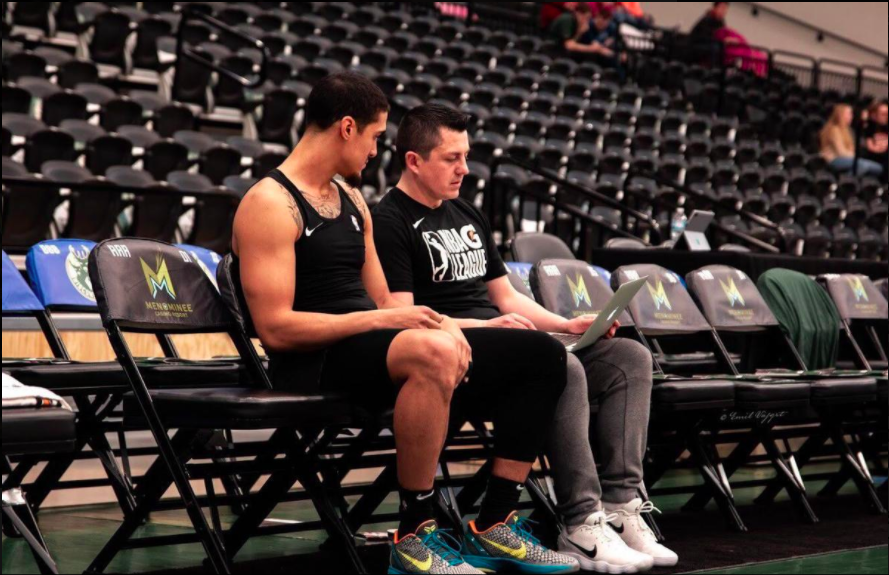 Justin Wetzel, originally from Cut Bank, will be on the sidelines this year as an assistant coach for the Rio Grande Valley Vipers and will be helping coach another Montanan — Josh Huestis.

MISSOULA — When the Raptors 905 and the Rio Grande Valley Vipers tip off on Wednesday night to play their NBA G-League regular season opener, there will be a distinctly Montana flavor in the HP Field House in Orlando, Florida when the ball goes in the air at 5:30 p.m. MST on ESPN+.

First, of course, there's 6-foot-7 forward Tres Tinkle for Raptors 905 of the NBA's developmental league, the son of former University of Montana head basketball coach Wayne Tinkle and a Missoula Hellgate as well as Oregon State standout. You'll also have Josh Huestis, a Great Falls son who starred at Great Falls CMR, then and Stanford who recently came back to the United States to play for the Vipers, who are the Houston Rockets' affiliate.

Lastly, but certainly not least, former Montana State-Billings associate head coach Justin Wetzel will roam the sidelines for Rio Grande Valley as an assistant coach. Wetzel, who hails from Cut Bank, got his start coaching at Joliet High School before coaching at Ryegate and Broadview-Lavina.

Wetzel is also an enrolled member of the Blackfoot Tribe and co-founder of Native American & Indigenous Coaches Association. He has spent time coaching at pretty much every level of basketball, from NAIA to the NCAA to now, of course, the very highest of professional ranks.

At one point, before the Butte Cobras of the Continental Basketball Association folded, he was the youngest head coach in professional basketball at the time, as he was just 27 years old. He played collegiately for two years with Dawson Community College.

It is a special group of individuals and all have gone incredibly far from their Montana roots.

Huestis, a 6-foot-7 forward, might have been the mostly highly touted of the bunch, at least originally, and was drafted 29th overall by the Oklahoma City Thunder in the 2014 NBA draft. The first-round pick only played in five total games during his first three years of his career, but saw quite a bit of game time during the 2017-18 season.

That season the now 29-year old played in 69 games, starting 10, though averaged just 2.3 points, 2.3 rebounds and 0.6 blocks per game on just 33-percent shooting from the field.

He then played with the Austin Spurs (The San Antonio Spurs NBA G-League affiliate) during the 2018-19 season before heading overseas to play for Bayern Munich in Germany. Bayern plays domestically in the Basketball Bundesliga (BBL) and then internationally as part of the EuroLeague, the highest level of basketball outside of the NBA.

Huestis now might be a proven insurance policy for the Rockets, but remains one of the most successful Montana preps ever in professional basketball.

Tinkle, meanwhile, graduated from Oregon State last year as the Beavers all-time leading scorer with 2,233 points. The 6-foot-7 forward is a 2015 Hellgate graduate and was not picked in the 2020 NBA draft, though was widely considered a fringe late second-round selection.

He did, however, immediately get signed as undrafted free agent as part of an Exhibit 10 contract with the Los Angeles Lakers, but never got the chance to get into training camp.

Tinkle was then signed and waived by the Toronto Raptors, opening the door for him to get the opportunity with the Raptors 905.

Wetzel started his professional coaching career as a Director of Player Personnel with the Great Falls Explorers of the CBA, before joining the Butte organization in 2007. He then worked for MSUB from 2008-13 as an assistant before a one-year stint as assistant coach at Montana State.

He was the head men's basketball coach at Dickinson State from 2014-2017 before jumping back in the professional basketball ranks with the G-League Wisconsin Herd from 2017-19 before getting an opportunity with the Rio Grande Vipers.

All G-League games will be televised on the ESPN family of networks. Teams are in a bubble in Orlando and players and staff have been there since Jan. 26.

The playoffs are set for March 5-9.