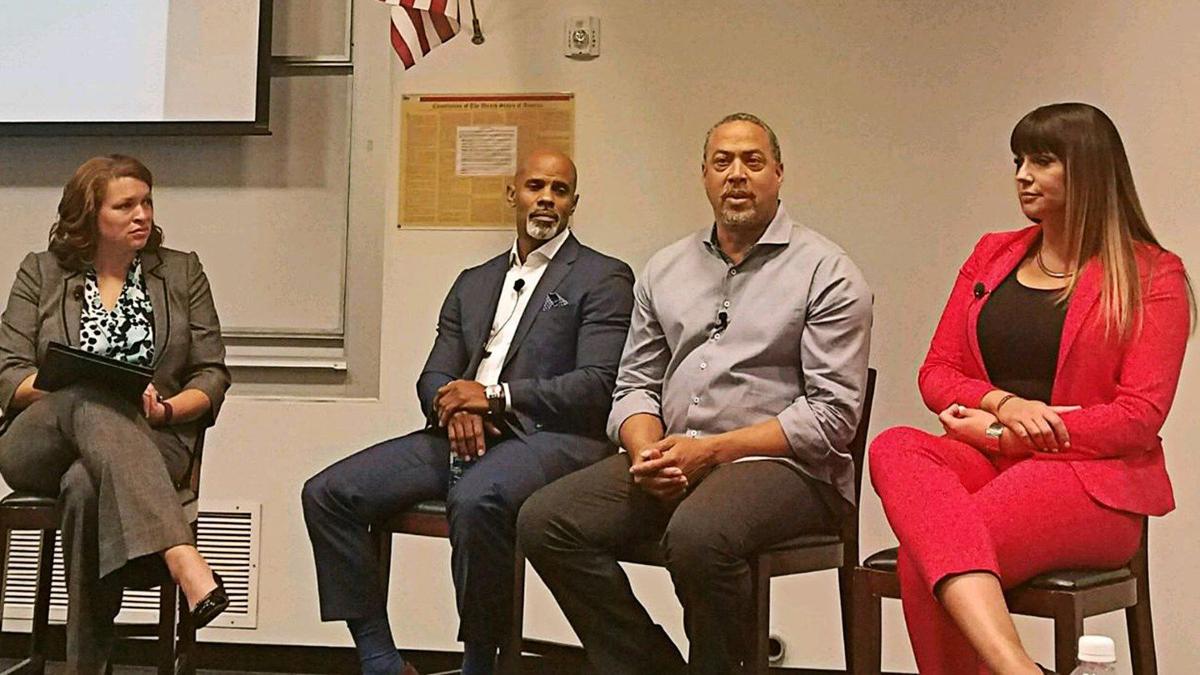 From left, Big Sky Conference Commissioner Andrea Williams sits alongside Ted Bunch, Don McPherson and Brenda Tracy at the fourth annual Health and Wellness Symposium in 2017. 2017's theme was sexual assault prevention. A year after the symposium, the Big Sky Conference became the first conference in the NCAA to ban student-athletes with violent convictions. 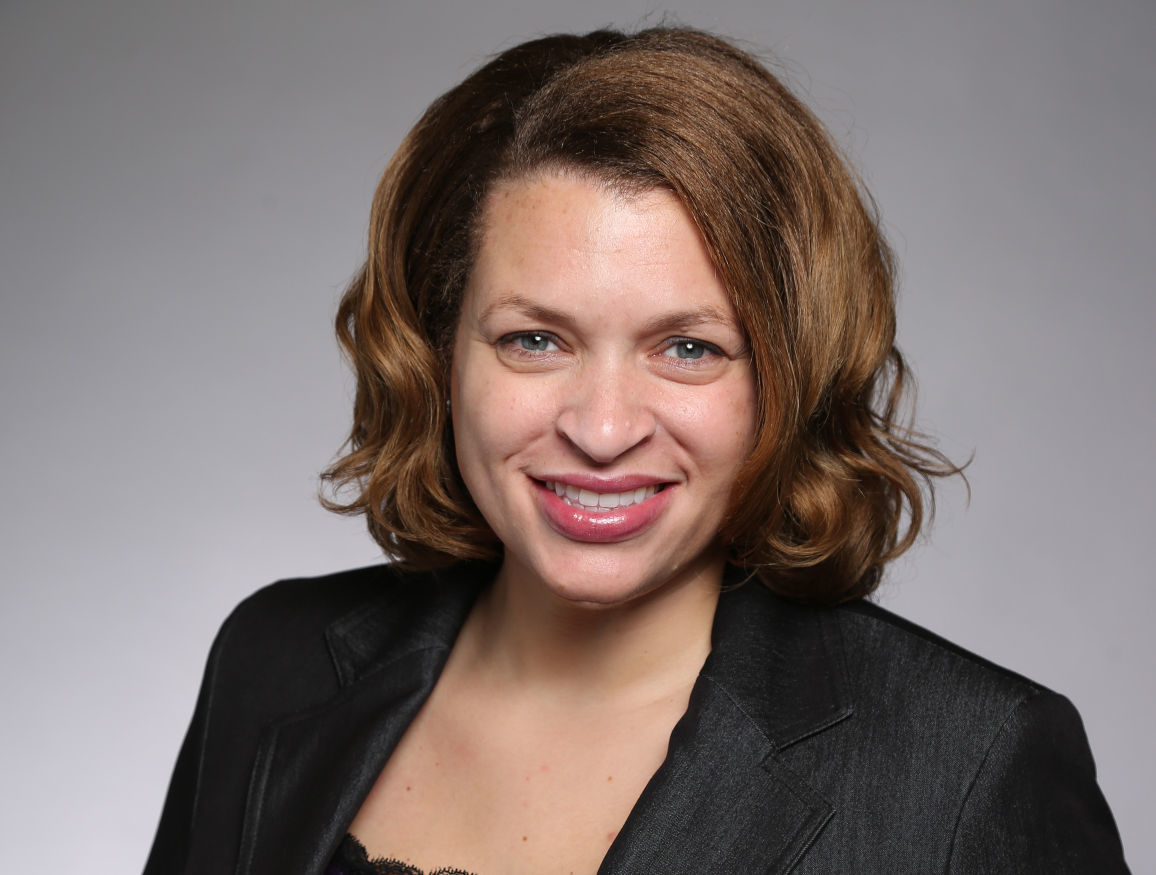 MISSOULA — On Monday, the Big Sky Conference announced the creation of the "Serious Misconduct Rule," which bars prospective and current student-athletes with violent convictions to play or receive athletic-related financial aid at conference schools.

The Big Sky is the first league in the NCAA to ban student-athletes with misdemeanor or felony convictions of serious misconduct across the board.

The Serious Misconduct Rule, which goes into effect for the 2019-20 academic year, bars any current or prospective student-athlete who has been convicted of or has pleaded guilty or no contest to misdemeanor or felony charges of a number of violent offenses, including "sexual violence, domestic violence, dating violence, stalking, sexual exploitation or any assault that employs the use of a deadly weapon or causes serious bodily injury."

RT: This is HUGE!! Big Sky is also the only athletic conference to fully embrace & adopt the #SetTheExpectation campaign. I am beyond proud of the Big Sky student athletes & administrators for stepping up as the premiere leaders on this issue. https://t.co/uOLBSkBKC3

Unless a student-athlete appeals and overturns the Serious Misconduct Rule in their specific case, their ban from the league is permanent.

"I'm really proud that the Big Sky Conference would step up and set this kind of a policy," Montana's Athletic Director Kent Haslam told 406mtsports.com. "It really in many, many ways aligns perfectly with what we already have in place through our student-athlete code of conduct. It really is a great statement from the conference and from the member institutions.

“I think the Big Sky has always been out front and has always been pushing the envelope, whether it’s mental health or sexual assault awareness and education," Costello told 406mtsports.com. "It’s great to be part of a conference that is so proactive in helping student-athletes develop but also help them with their experiences on campus.

The league's SAAC — made up of two student-athletes per school — adopted Brenda Tracy's "Set the Expectation" campaign, a movement aimed at student-athletes surrounding topics of consent, sexual assault and healthy relationships, after listening to Tracy share the story of her reported 1998 gang rape.

"Our student-athletes really did pave the way. They stood up and took a step towards making a change and really stepped into the leadership position for us," Big Sky Conference Commissioner Andrea Williams told 406mtsports.com. "Our student-athletes inspired us to take action."

The Big Sky Conference isn't the only league with rules on the books about conduct, but it is the only one barring athletes with violent misdemeanor convictions.

The SEC passed a rule in 2015 that restricts incoming transfers (and then issued an update on June 1, 2018 to include incoming freshmen) with felony convictions of sexual violence, but has not extended that rule to current student-athletes. The Pac-12 passed a policy in 2016 that bars incoming transfers if they've violated "campus behavior conduct policies," but there are no references to criminal convictions.

Several athletic departments across the country, such as Indiana University, have similar iterations of the Big Sky's policy, but the biggest difference is that Indiana and other schools ban felony convictions only, not misdemeanors.

"I was really excited to see the word 'misdemeanor' in the policy, because it's very rare to get a felony conviction," Tracy told 406mtsports.com of the Big Sky's new rule.

Currently, there is no NCAA rule banning any student-athlete with convictions for violence from competing or receiving athletic-related financial aid. The NCAA only has policies requiring coaches, student-athletes and athletics administrators to go through sexual violence prevention training — and that's a federally-mandated law for all college students and university employees, not just for people within the athletics department.

"We would love for the NCAA to have a similar policy across all divisions — Divisions I, II and III — that would support other conferences and member institutions already taking the necessary step so we are consistent across the country," Williams said.

"... We have values that we want to live up to within our league. It's about being in this together and doing things the right way. I think making this decision shows our commitment is to living up to the values we say we have."

Tracy has spoken to about half the Big Sky schools as well as to the league's SAAC at its 2017 spring meetings. She said she's very pleased to see the league's student-athletes take the "Set the Expectation" initiative to another level.

But Tracy is even happier that the conference and its administrators listened to the student-athletes in creating the policy.

“I think it’s pretty special to be part of a conference that is proactive, that is forward-thinking, that isn’t afraid to take the steps necessary to make sure that the success of our student-athletes and their health and well-being are at the forefront of what we do," Costello said. "It just makes us realize that we’re in good hands with not only the leadership of our conference and its member institutions but also the league office.”

Williams said the subcommittee drew upon existing policies at other institutions to help form the policy's language.

"If somebody's already gone down the path, we certainly wanted to learn from their key takeaways," Williams said. "There are different laws from state to state and there are different rules and regulations'' among Big Sky institutions.

"We tried to be as thorough as possible."

Choosing specific wording was a part of being thorough.

To be barred from the league, student-athletes must have been convicted or have entered a guilty or no contest plea on an offense outlined in the serious misconduct rule. Sometimes those cases take months, if not years.

"It's a challenging topic to address because the way that the law works is sometimes at a glacier's speed," Williams said. "That's called due process. That's why our rule is very specific (that) they have to be convicted or plead guilty or no contest. That was very important to us.''

"... There are some challenges that are going to exist regardless, but for privacy's sake, for that sake of someone has actually been convicted of doing something wrong, it was important for our language to be very specific."

The Big Sky policy also extends outside the courtroom.

If a student-athlete has been officially disciplined by either the athletic department or the university for committing an offense outlined in the serious misconduct rule, they are also banned from competing at a Big Sky school.

But due to federal student privacy laws, sometimes that disciplinary record isn't made public.

"An institution could potentially have a student under investigation... and they don't have to notify the athletic department," Williams said. "That's certainly something we discussed as well. However, it goes back to the piece where, if they 're under investigation that's one thing, versus someone's who's been subject to official disciplinary action. That was important to differentiate.

"... There is a lot of gray, unfortunately, but we feel like we have the right people who were in the process to best help us along the way."

The rule does not go into effect for all student-athletes within the conference until the 2019-20 academic year. It first goes into effect with prospective student-athletes in December 2019 during the early signing period in order to create infrastructure to enforce the rule.

"For us to be able to create a platform that's universal for all of our institutions and get that up and running and tested, we didn't think we would have enough time to get it up and running for the beginning of the fall," Williams said.

Schools can request waivers from the Serious Misconduct Rule, but only in "unique and compelling cases." Those waivers will be reviewed by a panel of people outside the athletic department and they will determine if the waiver will be granted.

The appeals portion was important to both Tracy and Haslam.

"I do like the fact there's an appeal process," Haslam said. "I believe that every case is going to have a unique twist to it and I think that allows for a chance to have an appeal and define again some of the topics that are a little more gray."

Williams said ensuring safety for the league's student-athletes is paramount.

"What we're doing, to me, it's not a big deal. It's doing what's right and trying to find a way to improve the experience that we promise our student-athletes and their families," Williams said. "It's to provide a great experience and to provide a fair place for them to compete, but to keep them safe. This doesn't solve the problem, but we hope to be part of the solution."

Big Sky Conference to stand up to sexual violence