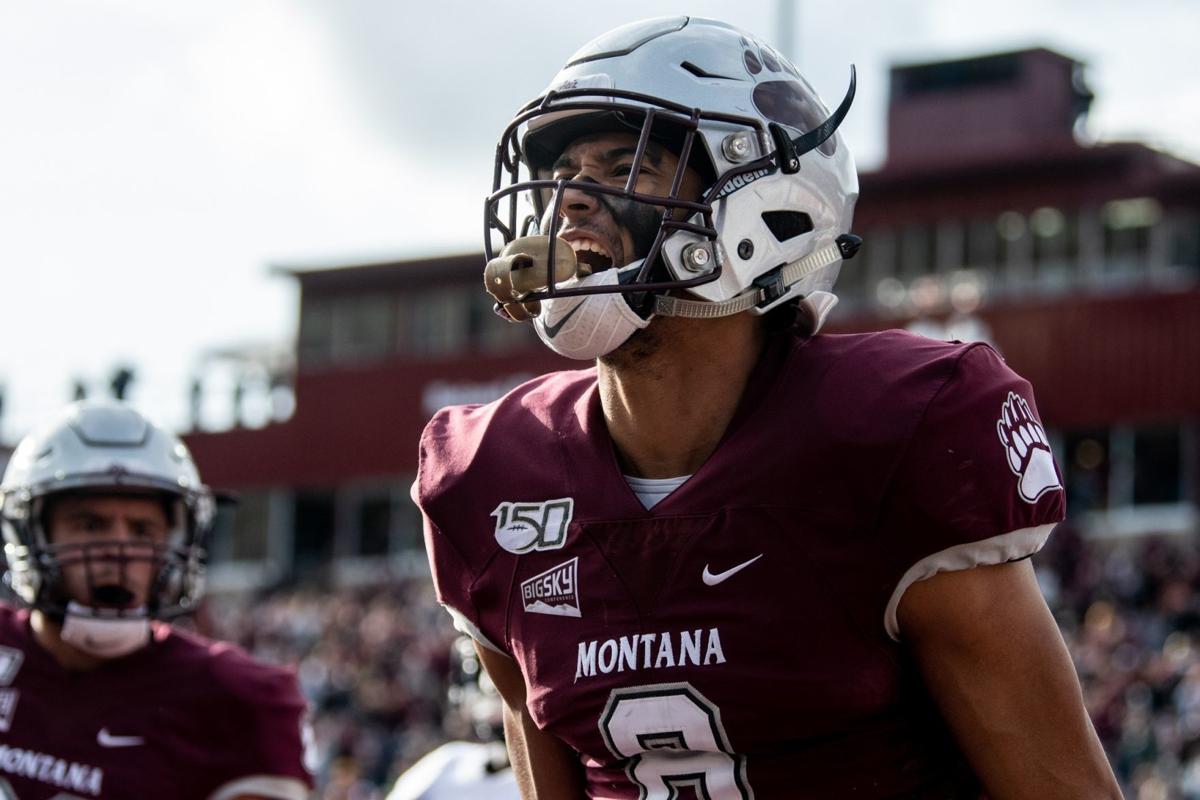 Montana's Samori Toure (8) celebrates after scoring a touchdown in the first half on Saturday against Weber State. 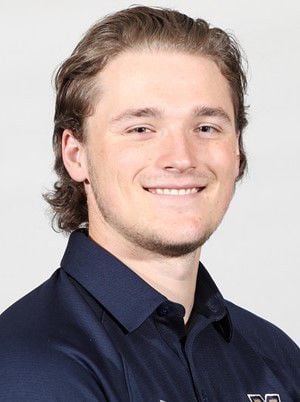 BOZEMAN — Entering the 119th football clash between the Grizzlies and Bobcats, it’s only fitting that all three Big Sky Conference player of the week awards from Week 12 went to players from Montana and Montana State.

The offensive player of the week honor went to Griz receiver Samori Toure, who set a career high with 193 receiving yards in Montana’s 35-16 rout of Weber State. Toure had touchdown catches of 10, 59 and 79 yards as the Griz built an insurmountable lead.

Toure’s 1,052 receiving yards and 10 touchdown receptions both rank No. 1 in the Big Sky, which doesn’t come as a surprise to Griz quarterback Dalton Sneed.

"I’d definitely say just in the offseason, his work ethic and approaching the game — not to say he wasn’t doing that — but he really took that next step,” Sneed was quoted during UM’s weekly press conference Monday in Missoula.

“The thing that I think he does the best this year is making people miss. I mean, every time you see him catch the ball he’s making one or two defenders miss every time he gets the ball in his hands. I think he’s doing a terrific job of extending plays and yards after catch."

The special teams player of the week nod went to Montana State placekicker Tristan Bailey. Bailey made field goals of 37 and 41 yards in the fourth quarter of the Bobcats’ 27-17 win at UC Davis.

Bailey’s kickoff game was also on point, as four of his six kicks limited the Aggies’ field position to inside the 25-yard line.

It was a continuation from the week prior in a 45-14 win at Northern Colorado, when Bailey hit a 44-yard field goal and booted five touchbacks on kickoffs.

“November football, you’re going to have to have a good kicking game. You’re going to be in tight games like this,” Choate said of Bailey after the UC Davis win. “Certainly his performance over the last two weeks has been critical to our success.”

Three teams (Montana, Weber State and Sacramento State) can still win the Big Sky championship outright entering the final week of the regular season, while two other teams (Montana State and Eastern Washington) still have an outside shot at claiming a share of the title.

Eastern Washington, it should be noted, cannot reach the eight-win threshold for Division I victories, which makes the playoffs a difficult proposition for the Eagles.

Sac State (there’s a pattern here) wins the title if both Montana and Weber State lose. Montana State and EWU would claim a share if all five teams finish with 6-2 conference records.

Montana can also share it with either Weber State or Sac State (or both), or the Wildcats and Hornets could share it, also. A lot is still on the table.

But only one team can claim the Big Sky’s automatic bid to the playoffs, and there are several scenarios for that in the event of a shared championship. Here is how the league office has broken it down:

• If Montana, Sacramento State and Weber State are tied at 7-1, Montana gets auto bid.

• If Montana and Weber State are tied at 7-1, Montana gets the auto bid.

The 2019 NCAA Division I Football Championship playoff bracket will be unveiled Sunday at 10:30 a.m. Mountain time during the selection show on ESPNU.

With NAU out of the playoff picture, Cookus will play the final game of his oft-injured yet decorated collegiate career this week at home against Idaho.

For the second time ever (and the first time since 2011) both Montana and Montana State will come into their annual rivalry game ranked in the top 10 of the STATS FCS Top 25 poll.

The Grizzlies, after trouncing Weber State, moved up two spots to No. 3 this week. The Bobcats, following their win at UC Davis, jumped ahead two places to No. 8.

Weber State fell four places to No. 7. Sacramento State, which beat Idaho 31-7 last week, slid ahead two spots to No. 4.

Nationally, South Dakota State (8-3) moved back into the top five at No. 5 after a 38-7 rout of Missouri Valley Football Conference foe Northern Iowa (7-4). With the loss, the Panthers dropped five places to No. 9.

Eastern Washington will try to extend its school-record streak of consecutive winning seasons to 13 this week at home against Portland State in the annual Dam Cup rivalry game. … Sacramento State and UC Davis play this week in the annual Causeway Classic rivalry game. The Hornets are playing for at least a share of their first ever Big Sky championship.

BOZEMAN — Sacramento State had run out of magic, or at least it appeared, Saturday on the road at Northern Arizona.