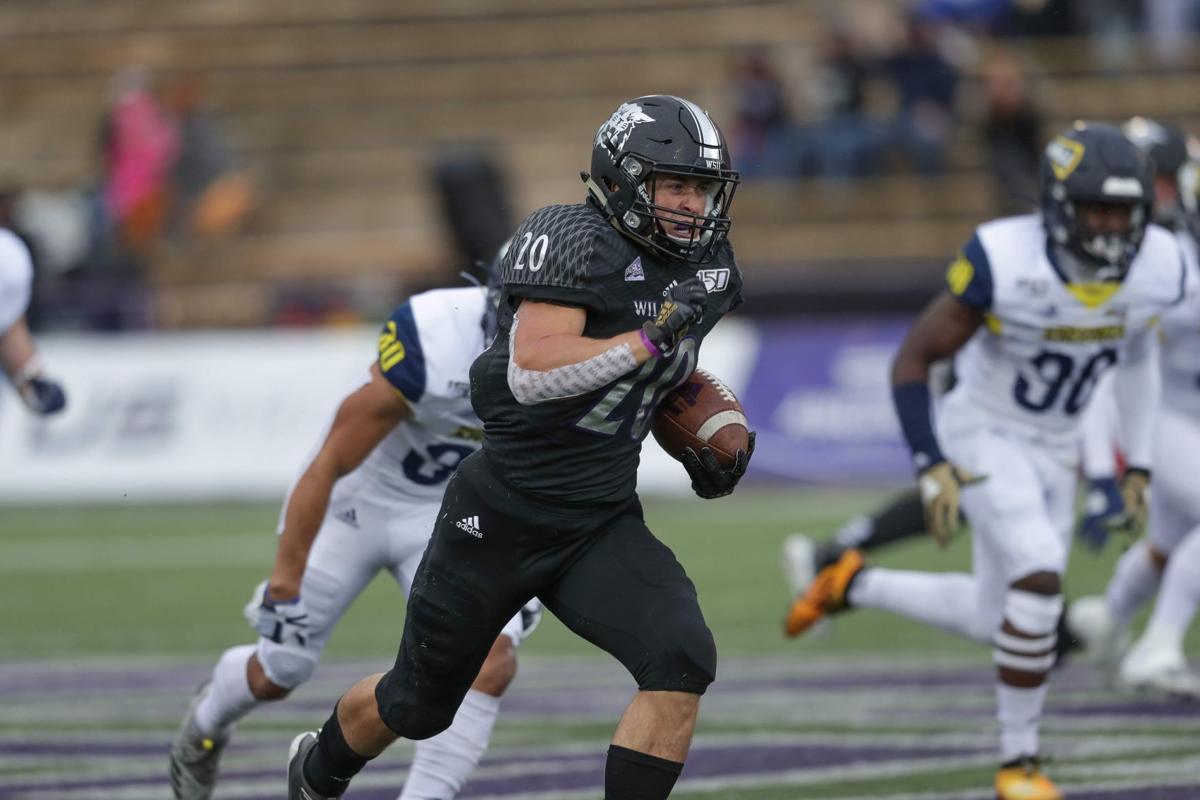 Weber State running back Josh Davis burst up the field during his school-record-setting 328-yard rushing performance Saturday against Northern Arizona. 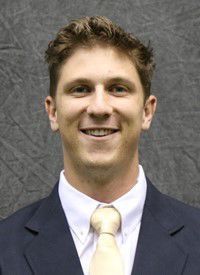 BOZEMAN — Statistically speaking, Saturday was a landmark day in the Big Sky Conference as records fell and career milestones were achieved.

First, Wildcats running back Josh Davis rushed 34 times for 328 yards and four touchdowns. Davis’ yardage output is the most of any back in the NCAA — regardless of division — so far this season, and stands as the fifth-most in Big Sky history.

Davis, last year’s Jerry Rice Award winner as the top freshman in the FCS, was named a co-recipient of the Big Sky’s offensive player of the week award on Monday. He shared the honor with Sacramento State quarterback Kevin Thomson, who continued his stellar play by accounting for six touchdowns in the Hornets’ 49-22 homecoming victory over Montana.

NAU quarterback Case Cookus, on the other hand, threw four touchdown passes against Weber State’s defense, giving him 96 for his career, which broke the Lumberjacks’ all-time record previously held by Jason Murrietta (2003-06). It was the 12th four-touchdown game of Cookus’ career.

Other performers of note from last week include Northern Colorado quarterback Jacob Knipp, who put up 427 yards of total offense (300 passing, 127 rushing) in a 38-30 loss to Portland State. It fell shy of UNC’s single-game school mark of 448 total yards set by former Bears QB Kyle Sloter in 2016.

In that same game, Portland State running back Sergio Hoffman had 221 rushing yards, the most by a Vikings player in four years.

Weber State’s win over NAU was its fourth straight, the longest active streak in the league. The No. 4-ranked Wildcats (5-2, 3-0 Big Sky) are in a two-way tie for first place in the standings with Sacramento State (5-2, 3-0), and will put their streak on the line this week on the road against No. 22 UC Davis.

It will not only be a matchup between two of the Big Sky’s five ranked teams, it will also pit two of the league’s top running backs head to head — Weber State’s Davis and UC Davis’ Ulonzo Gilliam.

Gilliam leads the conference with 747 rushing yards and 974 all-purpose yards. Davis’ 620 rushing yards rank fourth, but he is averaging 6.8 yards per carry.

Thomson has accounted for at least five touchdowns in three consecutive games. In the win over Montana, Thomson threw for 369 yards and four TDs, and rushed for 50 yards and two more scores.

Thomson has now thrown for a league-high 23 touchdowns. His total TD count is now at 30.

The Hornets, led by Thomson and a defense that has given up a league low 142 points, have beaten two top 10 teams in consecutive weeks — No. 6 Montana State on Oct. 12 and No. 5 Montana last week.

In addition to Thomson’s accolades, Sacramento State kicker Devon Medeiros was named the Big Sky’s special teams player of the week, going 2 for 2 on field goals and making all five of his point-after attempts.

Idaho State scored 50-plus points in two of its previous three games, but Idaho’s defense kept the Bengals at bay during a 45-21 intra-state victory in Moscow, Idaho, on Saturday.

The Vandals scored three defensive touchdowns, two by defensive back Lloyd Hightower. First, Hightower returned an interception 45 yards for a score to give Idaho a 14-0 lead in the first quarter, then picked up a fumble and ran it back 49 yards for another TD in the fourth.

On Monday, Hightower was picked as the Big Sky’s defensive player of the week.

Idaho’s other defensive score was made by Sedrick Thomas, who returned an interception 36 yards for a touchdown at the end of the game.

Weber State, on the heels of its win over NAU, remained situated at No. 4 in this week’s STATS poll, which was released on Monday.

UC Davis slid up one spot to No. 22 with its victory over Southern Utah.

Nationally, Southeast Missouri (4-3) made its way back into the poll at No. 24 following a 24-21 win over Jacksonville State.

This week’s Eastern Washington-Montana game is the ROOT Sports Big Sky game of the week. Kickoff is at noon Saturday at Washington-Grizzly Stadium in Missoula. … Idaho WR Jeff Cotton had 10 catches for 192 yards and a TD in the Vandals’ win over Idaho State. … Southern Utah has lost five consecutive games and has dropped nine conference games in a row dating back to last season.

BOZEMAN — With a 24-0 shutout victory over Idaho on Saturday, Portland State won for the third time in four games and eclipsed .500 for the fi…