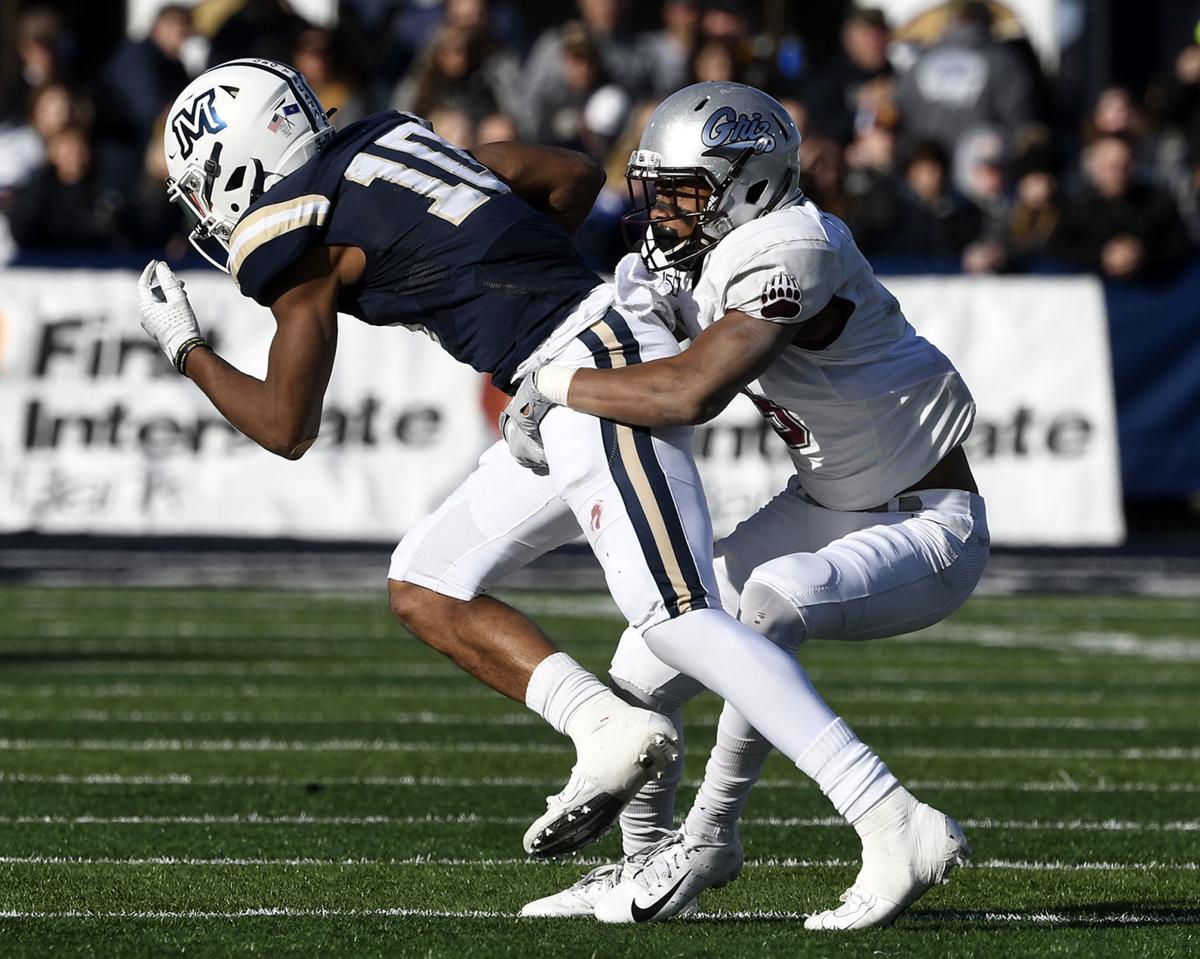 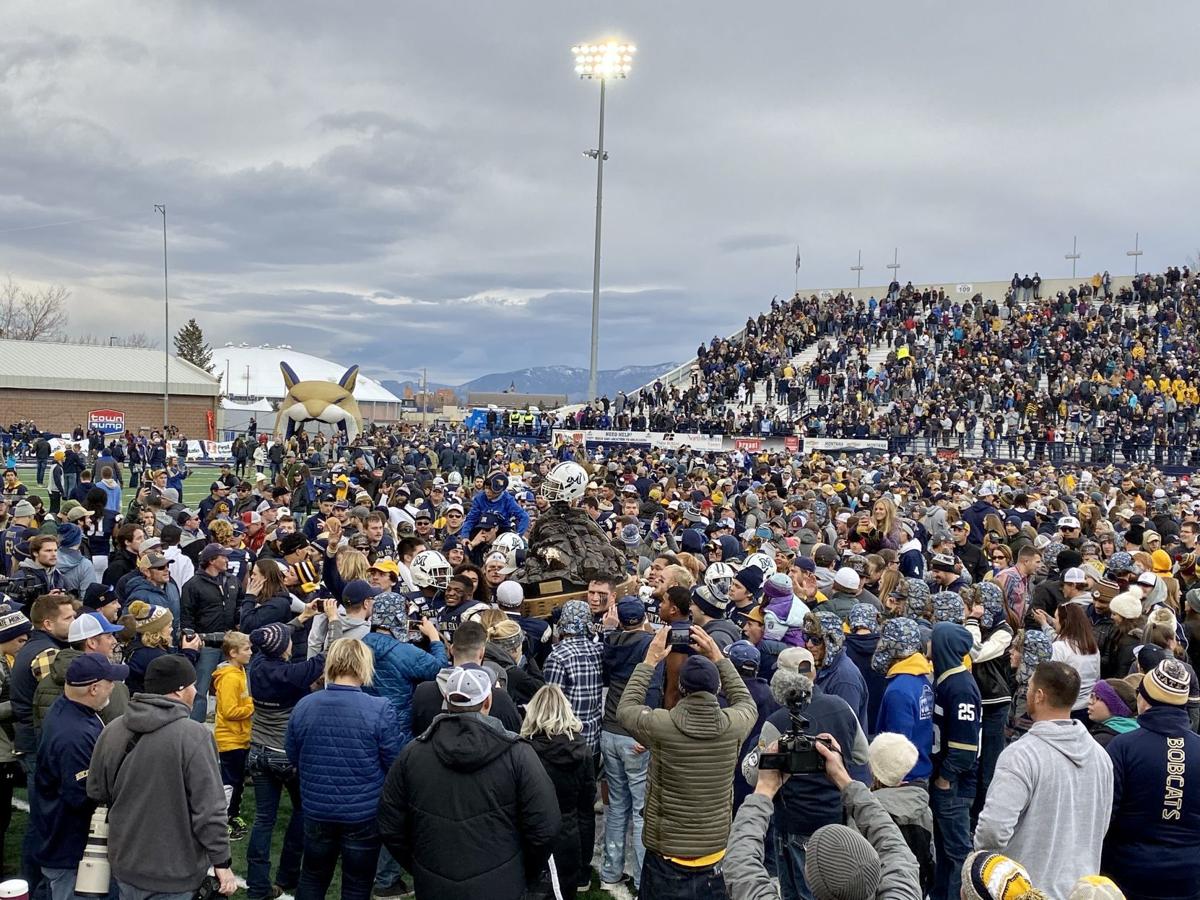 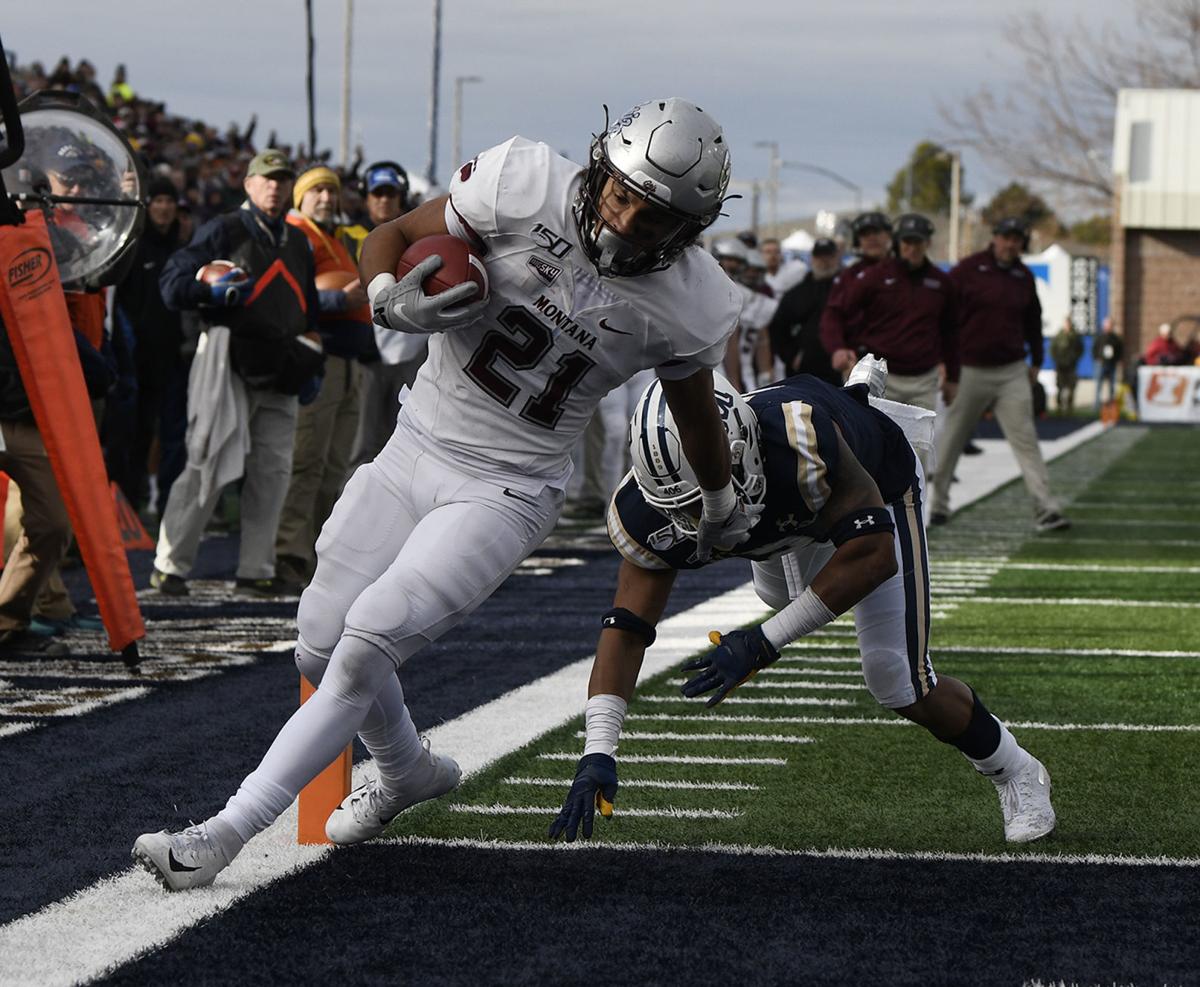 BOZEMAN — The sight of Troy Andersen on the field in street clothes prior to kickoff Saturday at Bobcat Stadium served as a surprising subplot to the 119th football meeting between rivals Montana and Montana State.

Andersen, the Bobcats do-it-all star, has battled injuries for most of this season but, as it turned out, was too banged up to play in the most important game of the year.

It came as a surprise to Grizzlies coach Bobby Hauck, whose team spent the better part of the week designing ways to deal with Andersen — on either side of the ball.

Never before has someone so important to a team's success been so out of sight and out of mind. Montana State never needed Andersen during a 48-14 blowout victory over the Grizzlies in front of 20,827 fans.

MSU safety Jahque Alleyne forced a fumble from Griz receiver Samori Toure with a crushing hit on the game’s first play. Teammate Derek Marks recovered, which led to a touchdown run by Kevin Kassis three minutes in and the Bobcats never looked back.

Imposing its will at the line of scrimmage, Montana State rushed for 382 yards, averaging 6.2 yards a clip. Tailback Isaiah Ifanse led the charge with 171 yards and three touchdowns, and Montana’s defense had no answers for the schemes and designs of the Bobcats’ rushing attack.

“You just don’t draw it up like that,” MSU coach Jeff Choate said. “In a rivalry game you know you’re going to get everybody’s best shot. Our ability to control the line of scrimmage was critical in this game, and I think that was really the difference — us being able to find a consistent way to run the ball and pass the ball efficiently, which was the goal.”

“Their run game is their run game, but they gave us some personnel things that we weren’t expecting,” Hauck said. “And then we didn’t know Troy wasn’t going to play until (Friday) night. We spent all week working on him. That didn’t help us. But that’s sort of me making an excuse.”

No. 8-ranked MSU and No. 3 Montana finished the regular season with identical 9-3 overall records and 6-2 marks in the Big Sky Conference.

Both teams will be playoff bound — the selection show for the 24-team postseason FCS tournament bracket will be broadcast Sunday on ESPNU at 10:30 a.m. Mountain time. It’s just a matter of how it will line up.

Each team can make a good argument to be seeded and earn a first-round bye.

Saturday’s game turned early, as Alleyne laid a loud hit on Toure after he gathered a quick pass from UM quarterback Dalton Sneed near the boundary. The ball popped out, Marks pounced on it and before you knew it the Bobcats had a 17-0 first-quarter lead following Kassis’ touchdown, a 25-yard field goal by Tristan Bailey and an 18-yard scoring run by Logan Jones.

Bobcats’ wideout Tyrone Marshall added to the lead with a 29-yard touchdown run on an end around.

MSU had 207 rushing yards at halftime.

“It was awesome. Our fans showed up and did a great job,” said Marks, a senior defensive tackle from Belgrade. “I think after ’Que’s hit, that was tone-setting. We came to play, and they supported us throughout the whole thing. And the energy out there was fun.

“Seeing the offense come out, pound the ball in the run game and have our fans celebrate that, it was unbelievable.”

The Grizzlies’ offense finally got some traction in the second quarter, as Marcus Knight scored two rushing touchdowns, including a 7-yarder with 1:01 left before halftime. A 60-yard kickoff return by Malik Flowers helped set it up.

Montana State’s Isaiah Ifanse also had a 38-yard rushing touchdown in the second quarter. The Bobcats took a 31-14 lead into halftime.

Bailey made a 30-yard field goal for the only points in the third quarter. Ifanse tacked on another 3-yard rushing touchdown early in the fourth quarter to put the Bobcats ahead 41-14. After safety Brayden Konkol intercepted Sneed, Ifanse found the end zone again, this time from 17 yards to push the score to 48-14.

It was MSU’s largest margin of victory over the Grizzlies since 1985.

“Midway through the third quarter we could feel them breaking,” said left tackle Mitch Brott, a senior from Billings. “It’s a great moment to feel. There’s nothing really to describe it. It’s one of the best feelings ever, to move somebody from Point A to Point B against their will. It’s something I always strive for.”

“First half, they really controlled the line of scrimmage with their offensive line. We did not hold up very well there,” Hauck said. “Then, on the other side, in the second half, I think they had more success against our offensive line than they did in the first. So, I don’t know. I’ll have to watch the film. I think the game starts up front, and they won up front today.

Montana State’s senior class became the first to win four games in a row against Montana since 1977.

Sneed completed 20 of 34 passes for 195 yards but was held without a touchdown pass. He was intercepted in the by safety Brayden Konkol in the fourth quarter. UM's inability to move the ball in the third quarter stifled their ability to come back.

In the aftermath, MSU’s fans stormed the field, celebrating their team’s first four-game winning streak over Montana in 42 years. The Bobcats paraded the Great Divide Trophy throughout the stadium, as is the custom.

“I can’t say enough about our offensive line or our defensive line. Both those sides of the ball showed through today,” Choate said. “It’s a very gratifying victory, obviously, and it means a lot to this university and to our seniors.”

“I feel bad that we had a bad performance, and ultimately, that goes on me. I failed getting our team ready to go today,” Hauck said. “So, I mean, I’ve coached in this game, I’ve been around it a long time. If I knew the answer to why, certainly, we wouldn’t have had that kind of performance. But I got to do a better job.”

BOZEMAN — Montana picked up right where it left off in last year’s Brawl of the Wild, fumbling on its first snap of the game on Saturday at Bo…