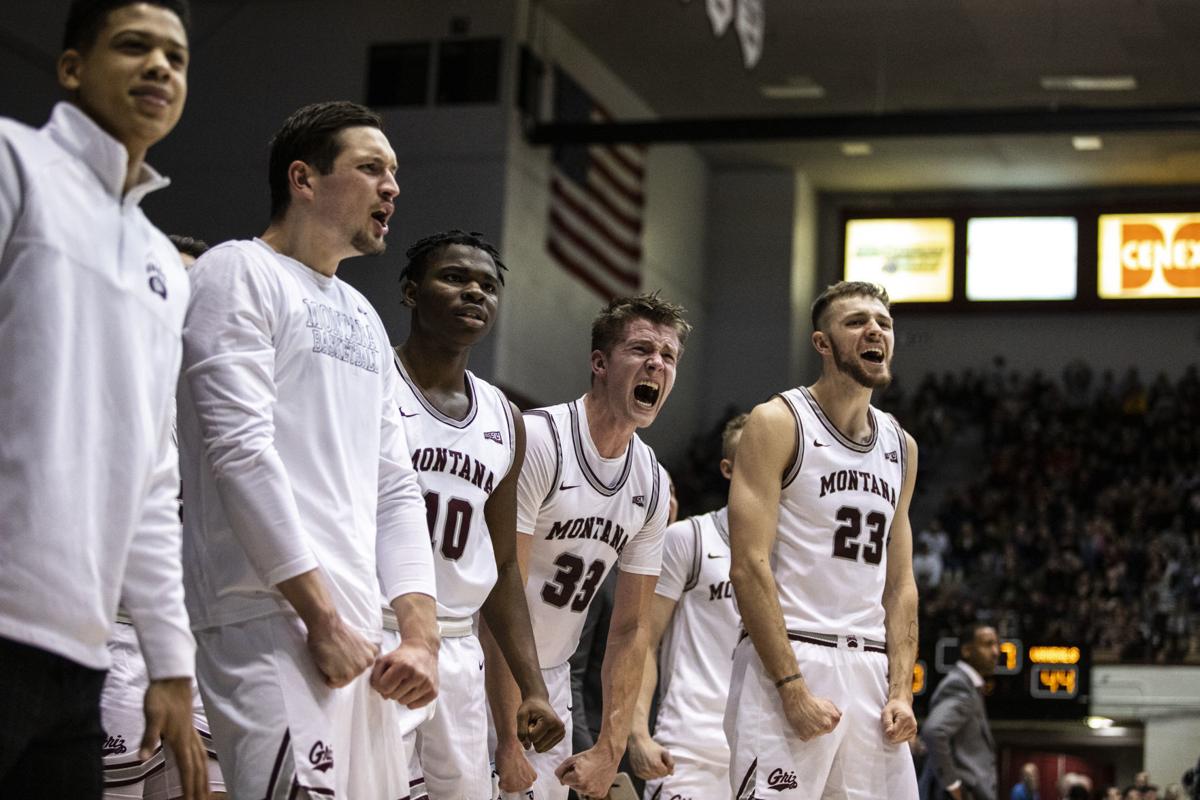 The Montana bench celebrates late in the game as the Griz fight to keep their lead over Idaho State on Thursday in Pocatello, Idaho. 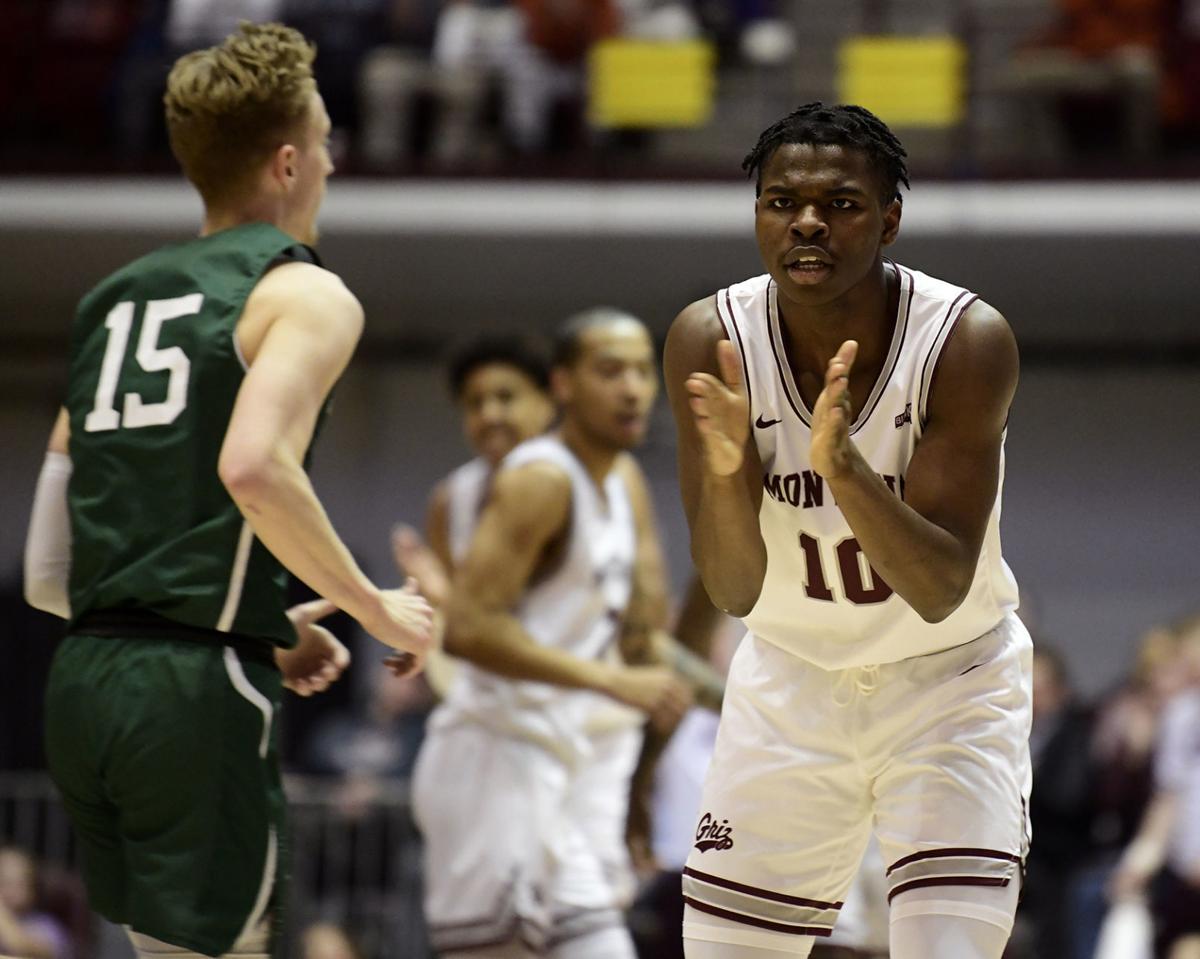 Montana's Eddy Egun (10) celebrates at half court during a game against Portland State earlier this season.

The Montana bench celebrates late in the game as the Griz fight to keep their lead over Idaho State on Thursday in Pocatello, Idaho.

Montana's Eddy Egun (10) celebrates at half court during a game against Portland State earlier this season.

The last time Weber State beat Montana, senior Wildcat guard Jerrick Harding was still figuring out his game as a freshman in Ogden.

Since that 2017 New Year’s Eve battle that ended on a Jeremy Senglin 3-point shot with less than a second remaining, the Wildcats are 0 for 5 against the Grizzlies.

Montana has knocked Weber State out of the Big Sky tournament once in that span and three of the games since the Wildcats' last win have been decided by seven points or less.

Harding is averaging 16.6 points in five career games against Montana and he will look to add to push that up when the Grizzlies roll into Ogden for a 7 p.m. contest at Dee Events Center.

Montana is coming off a 77-74 road win over Idaho State on Thursday. Weber State lost to Montana State late, its third conference home loss by two points or less.

“We’re guaranteed at least a split on this trip, which is good,” Montana head coach Travis DeCuire told KGVO radio following the win over the Bengals. “We want to split, at worst, on the road if you’re going to be in the race down the stretch and be sitting in a good spot.

"We’ll regroup (Friday) and try to get a little better defensively and dial in on the discipline a little bit and see if we can perform better on Saturday.”

After a strong start against Idaho State, the Grizzlies allowed the Bengals to get back into the game in the second half. Idaho State shot uncharacteristically well from the free-throw line to help the comeback, but Montana had trouble switching to shooters and dealing with some of the Bengals’ ball reversals.

While the Grizzlies were able to eventually recover and end the first leg of their road trip with a win, it did not come easy. Issues popped up in Montana’s offense in the second half as well, especially with the location of shots.

“Our second half shot selection was bad,” DeCuire said. “Most of it came down to ball movement. We were holding the ball too long and we didn’t really get it inside like we wanted to.”

Montana forward Jared Samuelson had 13 points in the first half, but just three in the second and DeCuire lamented the senior did not have more touches in the second half.

The Grizzlies will have to be on-point with their offense Saturday night against the Wildcats. Weber State shoots 45.2% from the field and 33% from behind the arc with Harding at the helm of the offense.

Harding is averaging 21.3 points per game and recently passed Portland TrailBlazers starter Damian Lillard for third on the school’s all-time scoring list. The senior has 1,983 points for his career and is all but guaranteed to be Weber State’s all-time scorer, barring injury.

Outside of Harding, Cody John is a fairly consistent scorer for the Wildcats as well and is the only player on the team that has started all 19 games this year. Weber State has dealt with a rash of injuries throughout the season, but is starting to heal up.

Michal Kozack, a 6-foot-8 junior from the Czech Republic, is another name to watch and is averaging 11.4 points per game in Big Sky play.

“They’re explosive offensively and got a couple guys that can go off, you got to try to minimize that and find ways to be a little more successful offensively,” DeCuire said. “… We’ll try to be fresh and mentally prepare as much as possible, get dialed in and see if we can get a little bit better effort.”

NOTES: The game will be streamed online on Pluto TV ch. 535 … Weber State leads the all-time series 70-60 and is 45-17 against the Griz in Ogden … Wildcat forward Kham Davis played 34 minutes for WSU in a return from a knee injury against Montana State, but ended up leaving with an injury near the end of the game.