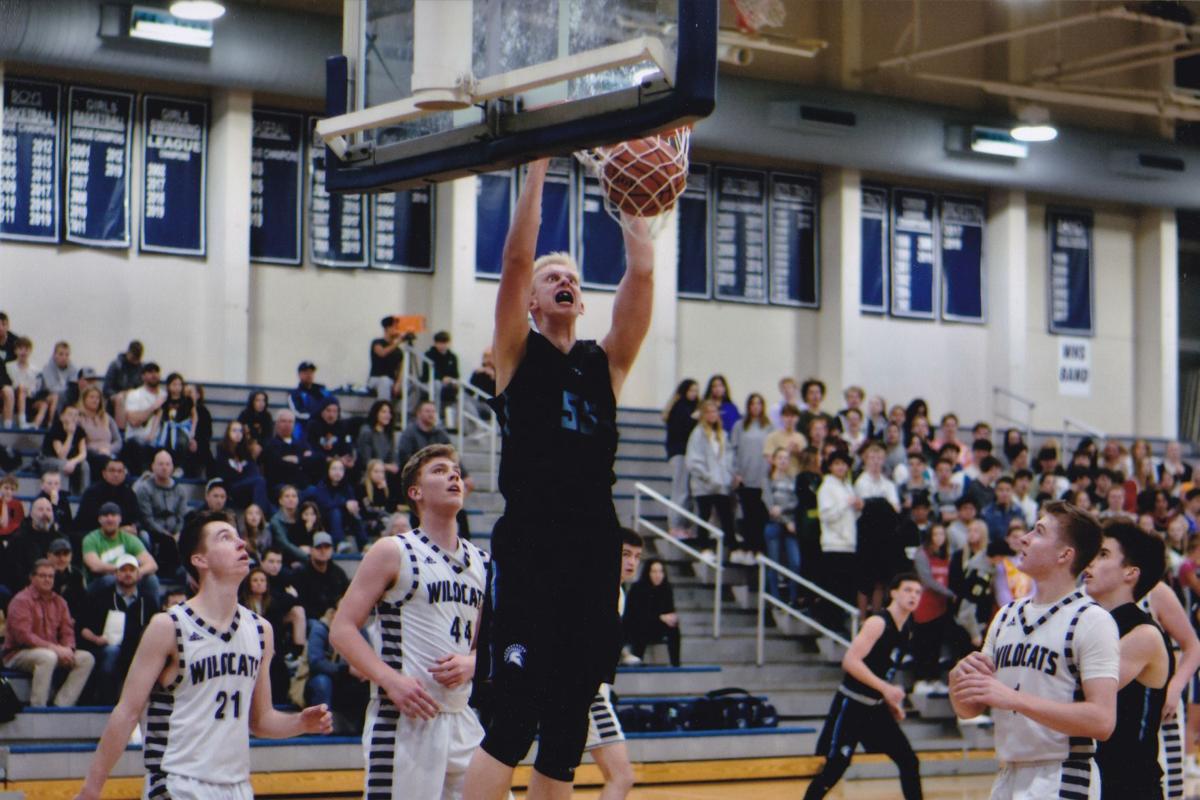 Seven-footer Jasper Reinalda dunks during a game for Corvallis (Oregon) High School. He announced his commitment to Montana State on Tuesday. 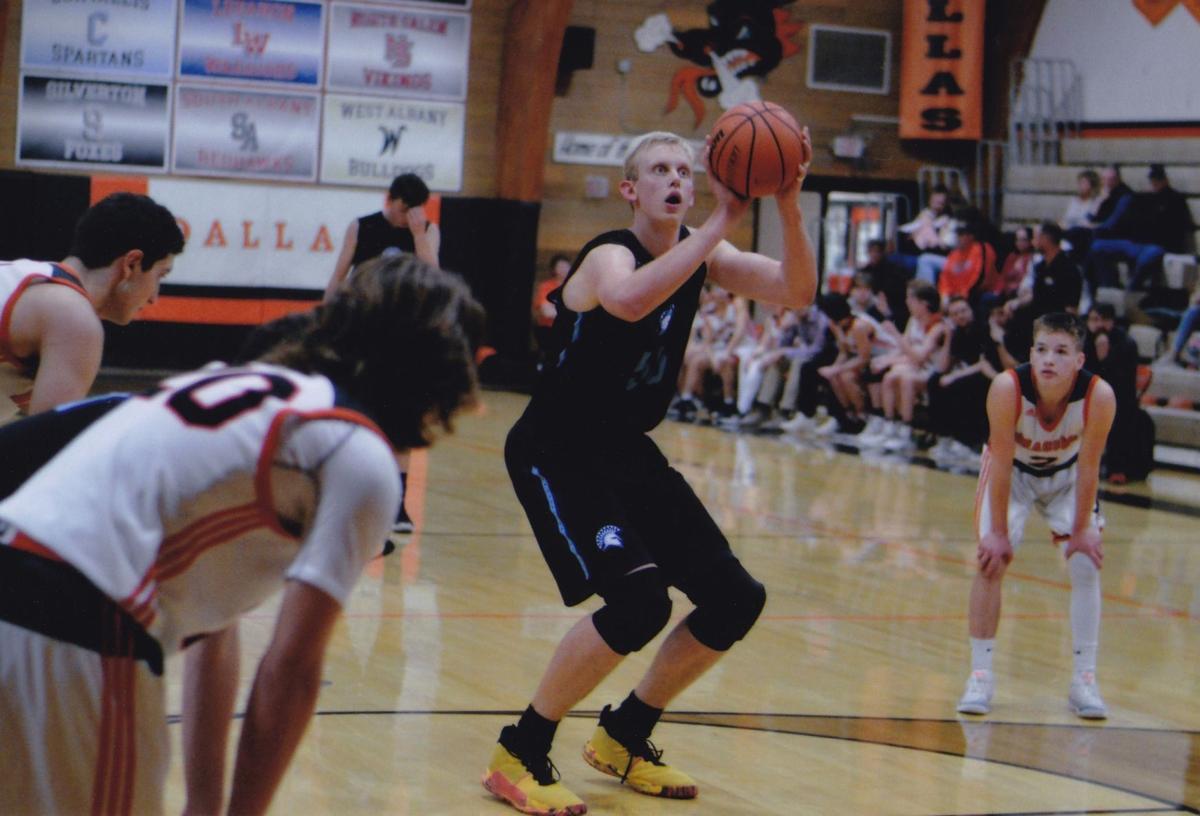 Jasper Reinalda shoots a free throw during a game for Corvallis (Oregon) High School. The 7-foot-3 Reinalda announced his commitment to Montana State on Tuesday.

Seven-footer Jasper Reinalda dunks during a game for Corvallis (Oregon) High School. He announced his commitment to Montana State on Tuesday.

Jasper Reinalda shoots a free throw during a game for Corvallis (Oregon) High School. The 7-foot-3 Reinalda announced his commitment to Montana State on Tuesday.

Since he was only 17 years old when he graduated from Corvallis (Oregon) High School, college coaches recommended taking a post-grad year. Reinalda had scholarship offers from Division II schools and junior colleges, but his goal was to reach the NCAA’s top tier.

So Reinalda decided to spend this school year at the Donar academy in Groningen, Netherlands. He set out to play on Donar’s U-22 team, work on his game and receive a Division I offer.

At the end of December, Montana State offered a scholarship. Reinalda accepted and announced his commitment to the Bobcats on Tuesday.

“I found a school that wants me in the program, and I want to be a part of their program,” Reinalda told the Chronicle. “So that was really the goal that I had in mind with taking this year.”

It’s a great day to be a Bobcat! I am happy to announce that I am accepting an offer to continue my basketball and academic careers at Montana State University!#GoCatsGo pic.twitter.com/IY30G3AmDc

The 7-foot-3 Reinalda has dual citizenship in the Netherlands and United States because his father is Dutch and his mother is American. While he was born and raised in Phoenix and moved to Corvallis when he was 12, Reinalda grew up bilingual.

That’s helped him fit in at Donar, where he’s made progress on his game. This put him in position to sign with MSU in April.

Reinalda said he was in contact with coaches from Oregon State, other schools along the west coast and some Big Sky programs. But MSU was the first Division I school to offer.

He committed shortly after, Reinalda said, because Montana State had what he was looking for: an engineering program, an appealing college town and a coaching staff that uses a center in the paint.

“I just felt really good about it,” Reinalda said. “It’s an up-and-coming program with a coach who’s really building a program. I think we’re going to do great things.”

Reinalda’s commitment makes him the fifth member of MSU’s 2021 recruiting class, joining four recruits who signed in November. He said coaches told him he’ll have a spot on the team even though the Bobcats only have four seniors on their roster.

Reinalda averaged 16 points, 13 rebounds and five blocks as a senior in high school.

Reinalda embraces being as tall as he is, though he’s had to learn to duck underneath doors. His height and long arms can make him an effective rebounder, shot-blocker and offensive presence.

Reinalda calls himself a traditional center. He likes playing with his back to the basket, shooting turnaround jumpers and maximizing pick and rolls.

In watching the Bobcats’ games, he was encouraged to see how the team passes to its center inside, rather than standing on the perimeter and shooting 3-pointers. The new commit feels a post presence still has value in today’s game.

“That was a lot of the reason why I decided to commit to MSU immediately,” Reinalda said, “because I know that my skillset will be used, which is more and more uncommon these days.”

In high school, Reinalda struggled finding people close to his size to practice against. He played against his dad, Johan, who stands at 7-foot-1 and played at Oregon State in the late 1980s. Eventually, the younger Reinalda was too strong and matching up didn’t serve much benefit.

Now at Donar, Reinalda has been living with his aunt and uncle who were already in the Netherlands. He grew up visiting the country just about every summer, so the school wasn’t entirely foreign.

When Reinalda joined his new team in August, he practiced twice a day, morning sessions for individual skills and then team practice in the afternoon. He has teammates who are 6-9, 6-11 and 7-foot, so he finally could face people similar to him and also specialize in skill work.

“Having (center-focused) practice that I didn’t really get in America between high school and AAU,” Reinalda said. “Really breaking down your post moves and pivots and how to roll off a screen and all that. I’ve just gotten a lot bigger, faster, stronger.”

He played a few games in September, but tighter coronavirus restrictions meant the team could only have non-contact practices in small groups. Those limited practices continued five days a week in addition to weight lifting three or four days a week.

It was an intense schedule, but that’s what Reinalda wanted. And it paid off.

“It’s done a really good job of preparing me for the college level,” Reinalda said.

Montana State has only played four Division I games so far.