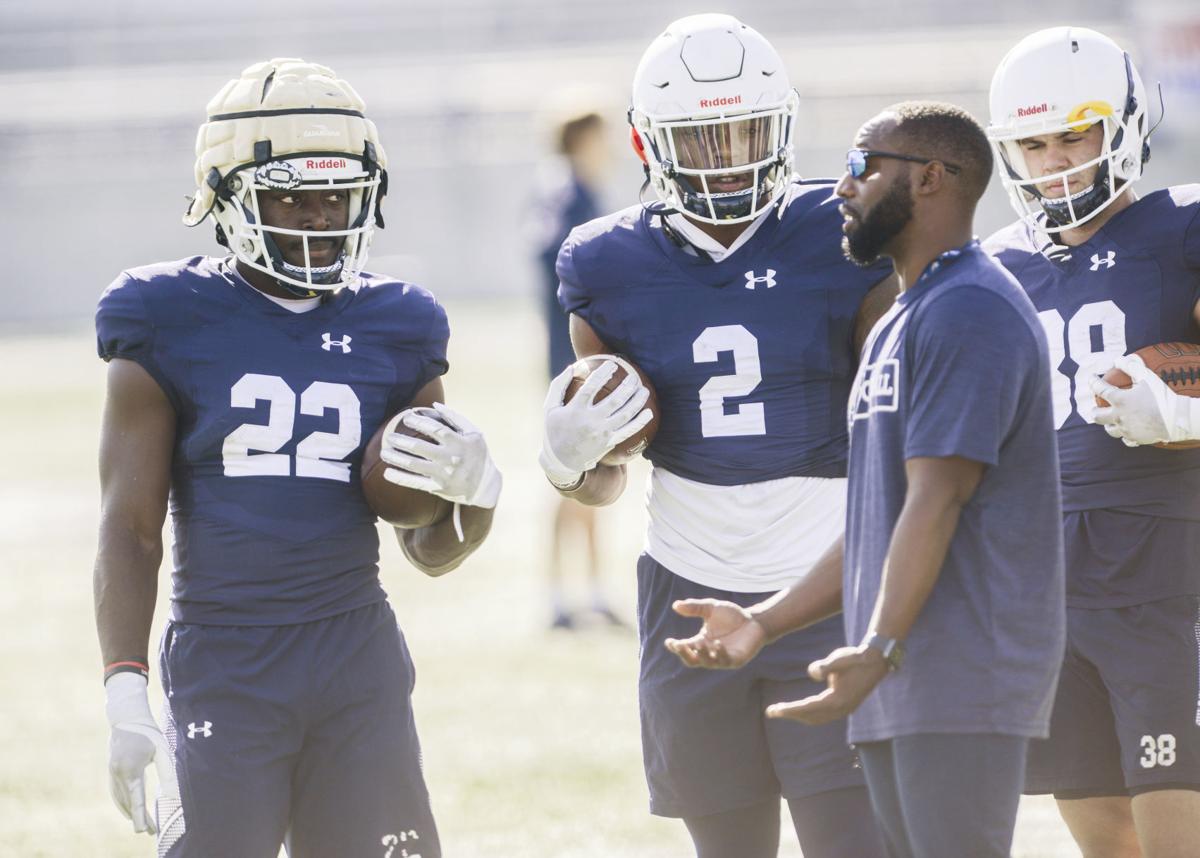 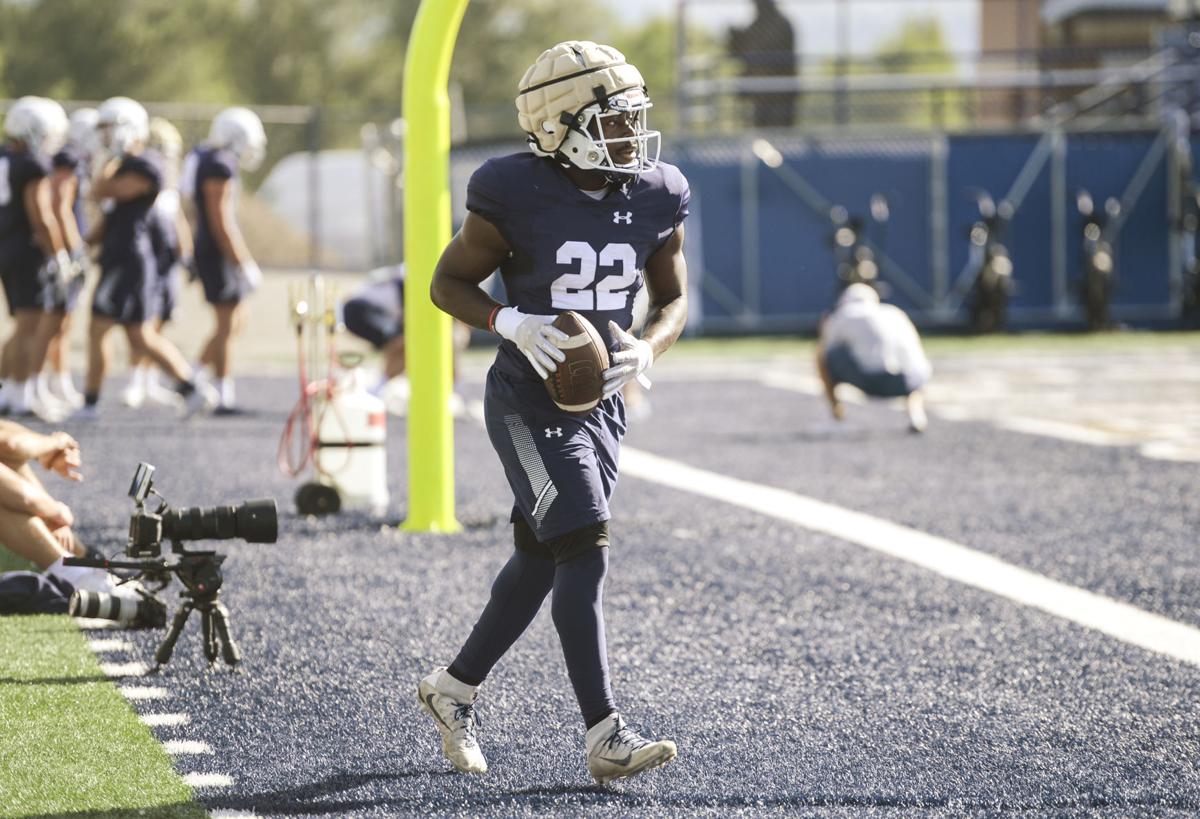 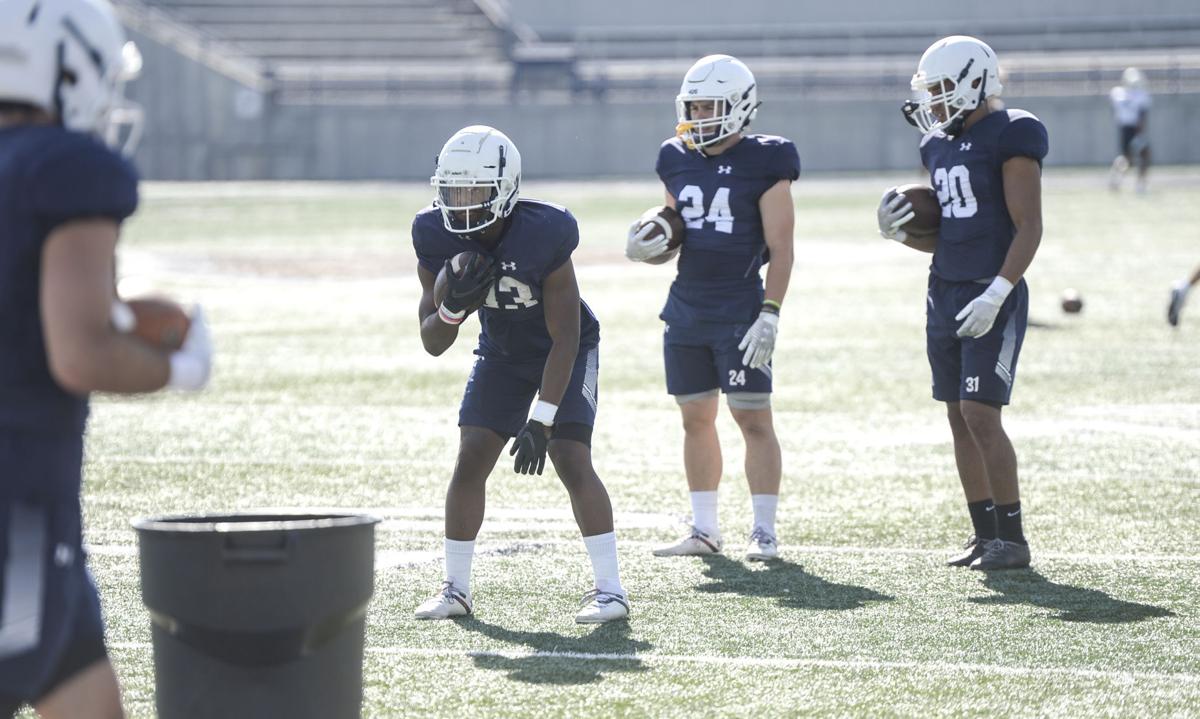 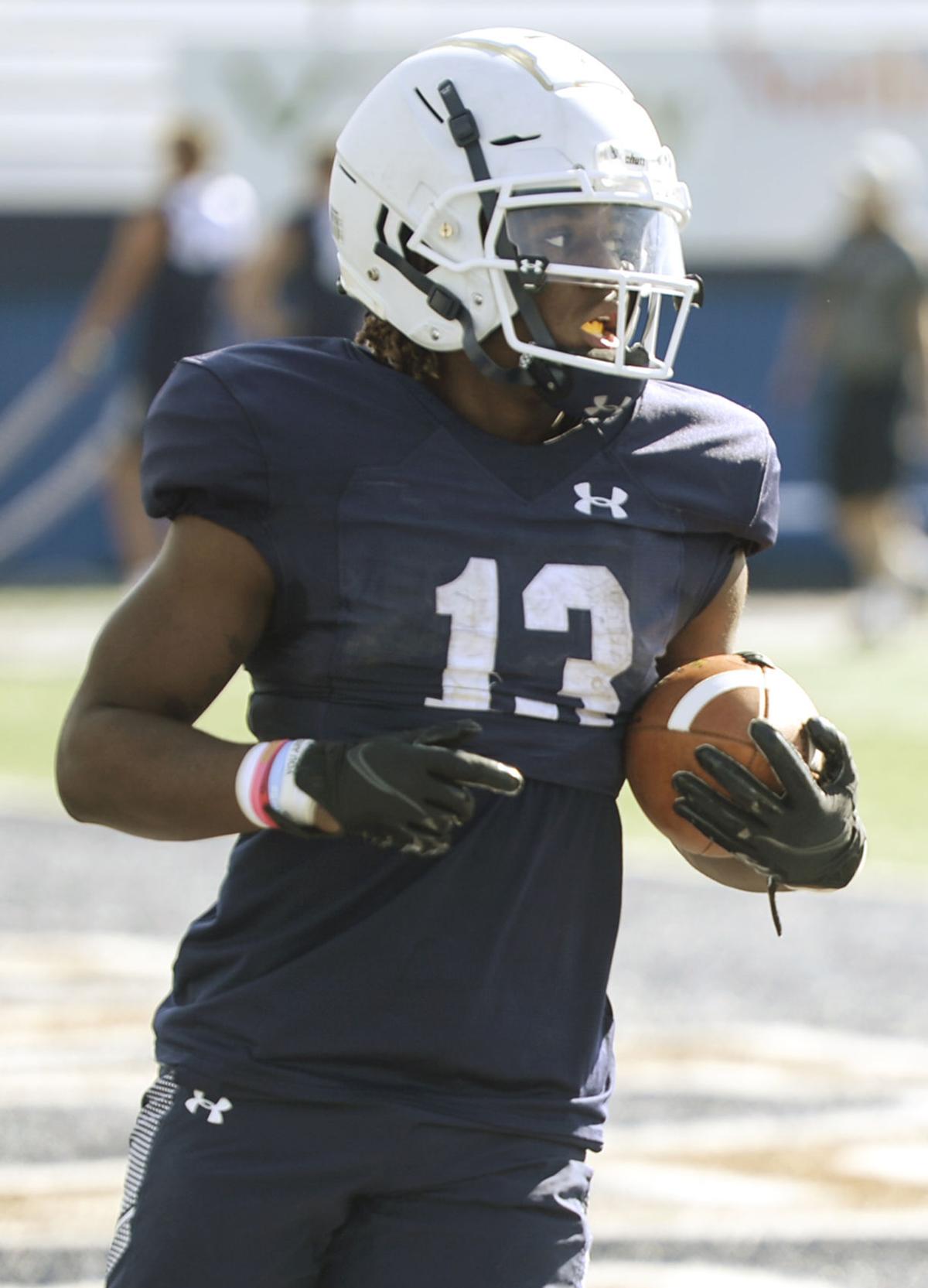 Running back Elijah Elliott runs through drills during camp on Wednesday at Bobcat Stadium in Bozeman.

Running back Elijah Elliott runs through drills during camp on Wednesday at Bobcat Stadium in Bozeman.

BOZEMAN — Unlike the quarterback position, the Montana State football team has continuity at running back.

Isaiah Ifanse is the starter after two strong seasons to begin his career. Behind him are a speedy freshman and a productive returner.

With a strong offensive line and a run-focused coaching staff, MSU’s running backs promise to rack up yards and touchdowns this season, which begins Sept. 4 at Wyoming.

Ifanse started all but one game in 2018, rushing for 1,025 yards and seven touchdowns on 196 carries (5.2 yards per carry). He became the first MSU freshman to surpass 1,000 rushing yards, and Troy Andersen is the only other running back since 1956 to start his Bobcat debut (Andersen, now a senior, switched to quarterback and then linebacker).

Ifanse likely would have surpassed his freshman totals a season later if not for an injury that caused him to miss three full games and parts of three others. He finished 2019 with 813 yards and six TDs on 126 carries (6.5 ypc). Only then-senior Logan Jones, a Kalispell Glacier graduate, had more rushing yards (915) than Ifanse that season for the Bobcats.

This would have been Ifanse’s senior season if not for the 2020-21 cancellation due to the coronavirus pandemic. The year off proved “that football can end at any point,” he told the Bozeman Daily Chronicle, so the 5-foot-10, 202-pound Bellevue (Washington) High grad is extra motivated to improve on his already excellent career (he has the 13th-most rushing yards in MSU history).

“He’s a complete back. He’s an every down back,” said MSU head coach Brent Vigen. “His ability to run between the tackles and an ability to get outside, he’s got both the power and the blend of speed.”

Portland, Oregon, native Elijah Elliott is Ifanse’s backup and will make his debut more than a year after he signed with the Bobcats. The 5-foot-10, 175-pounder has shown off his speed in practice, and MSU’s coaches are excited to get him the ball in space.

“He’s like a receiver. He can do a little bit of everything,” MSU offensive coordinator Taylor Housewright said last week. “The unique skill set to him being kind of a receiver, kind of a running back, and then being so coachable and wanting to know, ‘OK, did I do that right, did I do that wrong?’ is pretty unique for a guy his age.”

Third on MSU’s running back depth chart is redshirt sophomore Lane Sumner. The Huntley Project graduate played four games in 2018 but preserved his redshirt, then rushed for 424 yards and five TDs on 61 carries (7.0 ypc) in 2019.

DeMareus Hosey rushed for 76 yards and a touchdown on 10 carries in 2019, and fellow redshirt freshman Jaharie Martin finished with 38 yards on 10 rushes. The 5-foot-11, 225-pound Martin also played some linebacker in 2019.

Joe Olson and Shane Perry still attend MSU but have left the football program, head coach Brent Vigen said. Olson, a Bozeman High grad, redshirted in 2019 after tearing his ACL in the Badlands Bowl. Perry, who attended Monte Vista High in California, redshirted in 2017, had one carry in 2018 and rushed for 226 yards and two touchdowns on 46 carries in 11 games a season later.

Cole Oster, who redshirted for MSU in 2019, transferred to West Texas A&M in June. The 6-foot-1, 215-pounder also played safety at Castle View High School (Colorado) and was recruited by the Bobcats to play defense. He is listed as a linebacker on West Texas A&M’s roster.

Elliott is one of four freshman running backs who have yet to play a snap for the Bobcats. The other three are Garrett Coon (of Sheridan, Wyoming), Minaya Olivo (Modesto, California) and Jaalen Renning (Visalia, California). Coon was the 2019 Gatorade Wyoming football player of the year and won two state championships at Sheridan High. Olivo is the son of former MLB catcher Miguel Olivo.

A breakdown of Montana State's quarterbacks before the 2021 season

Montana State has had five different opening day starters at quarterback in their past five seasons. That trend doesn’t appear to be changing this year.