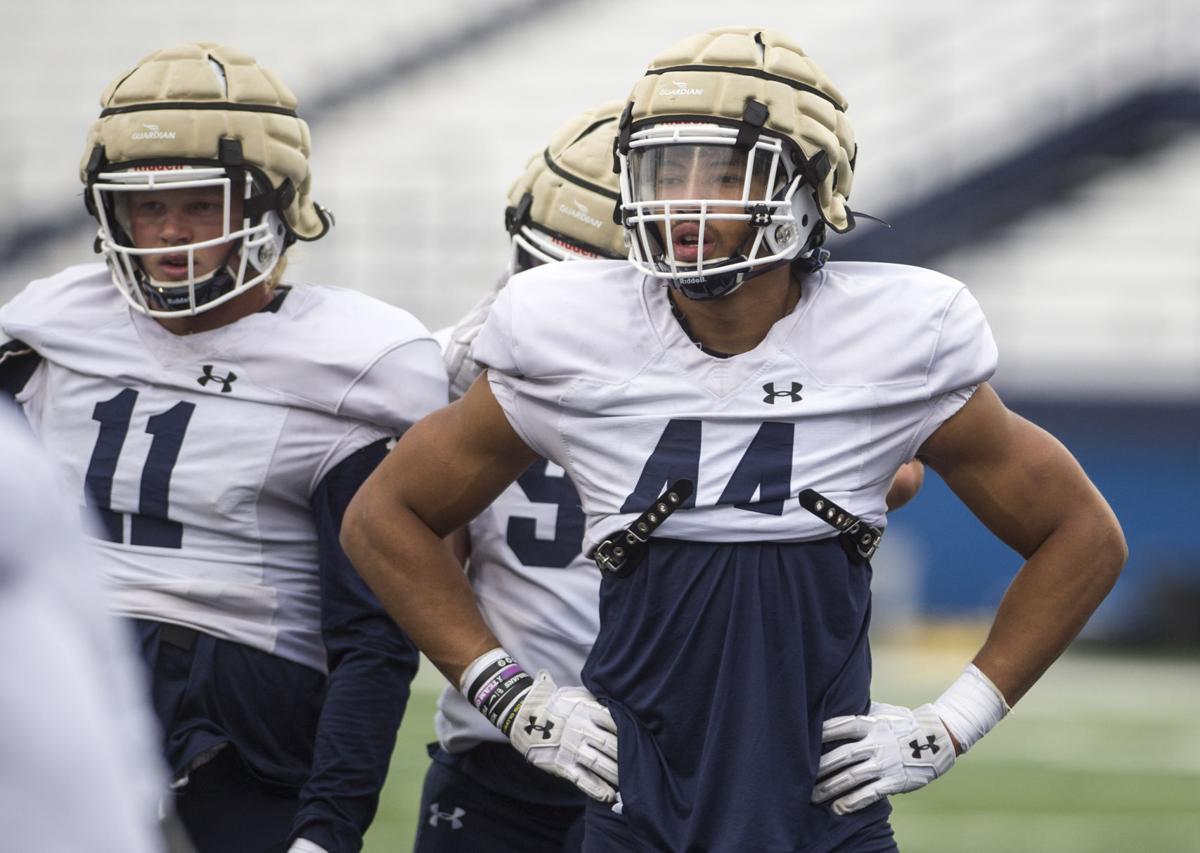 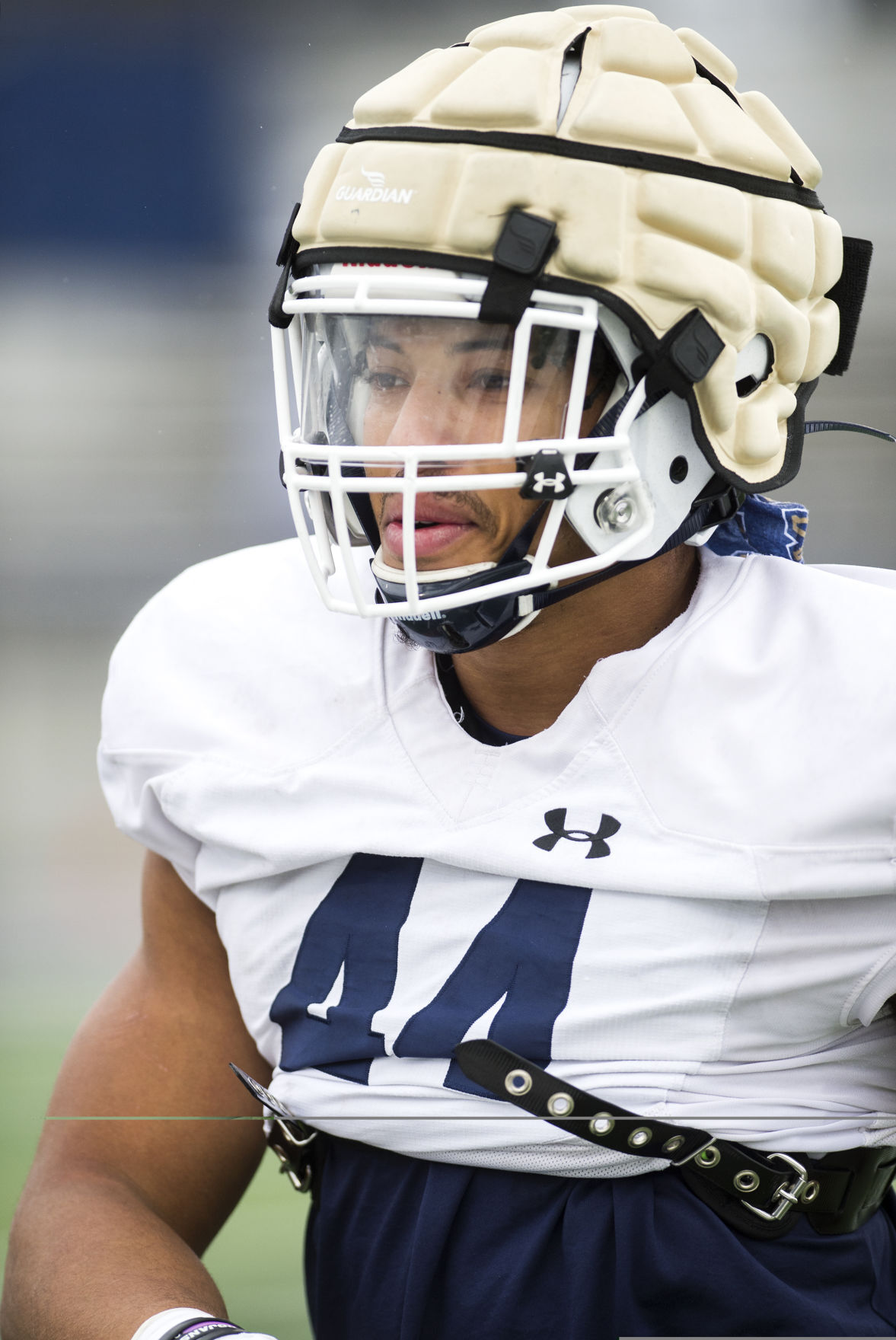 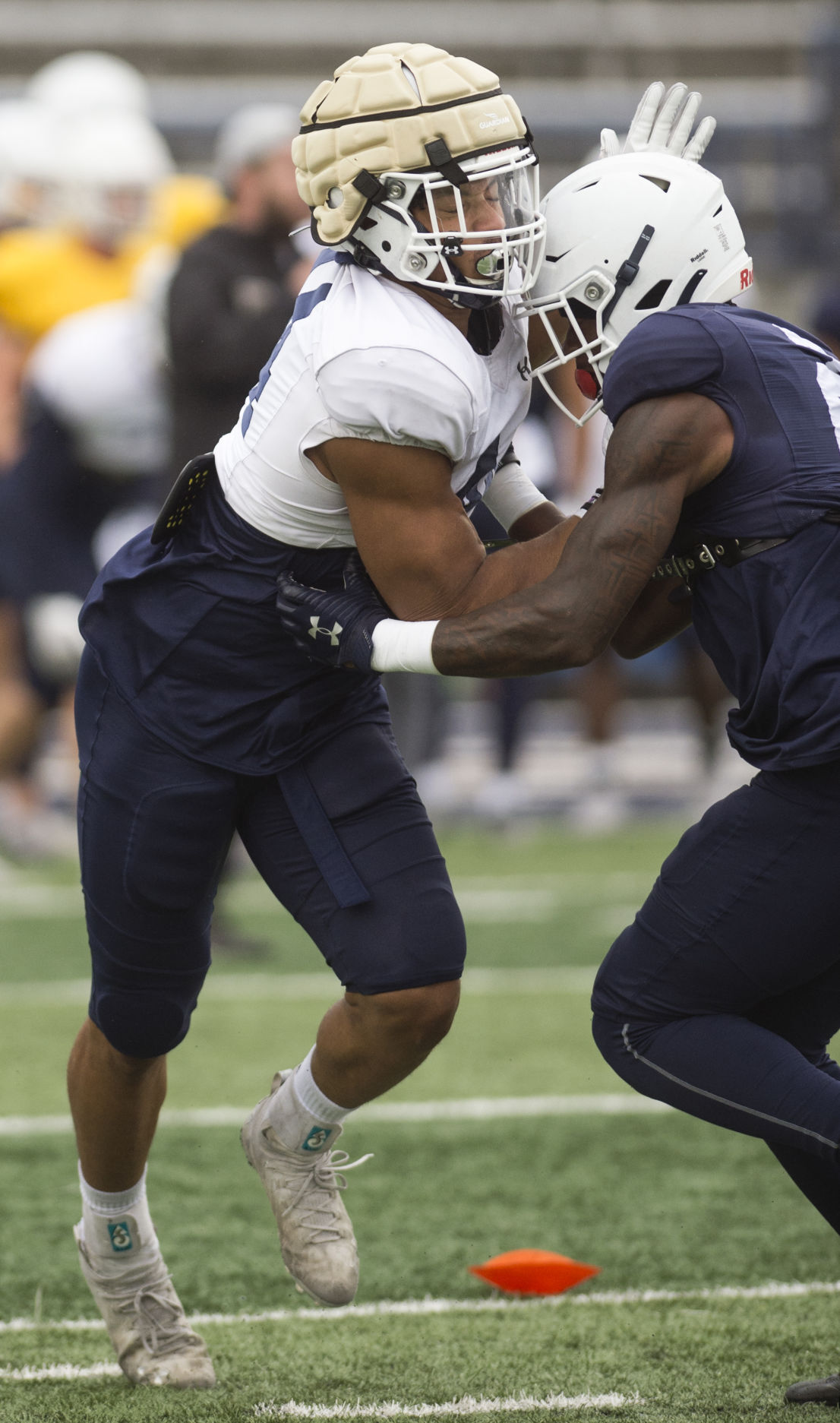 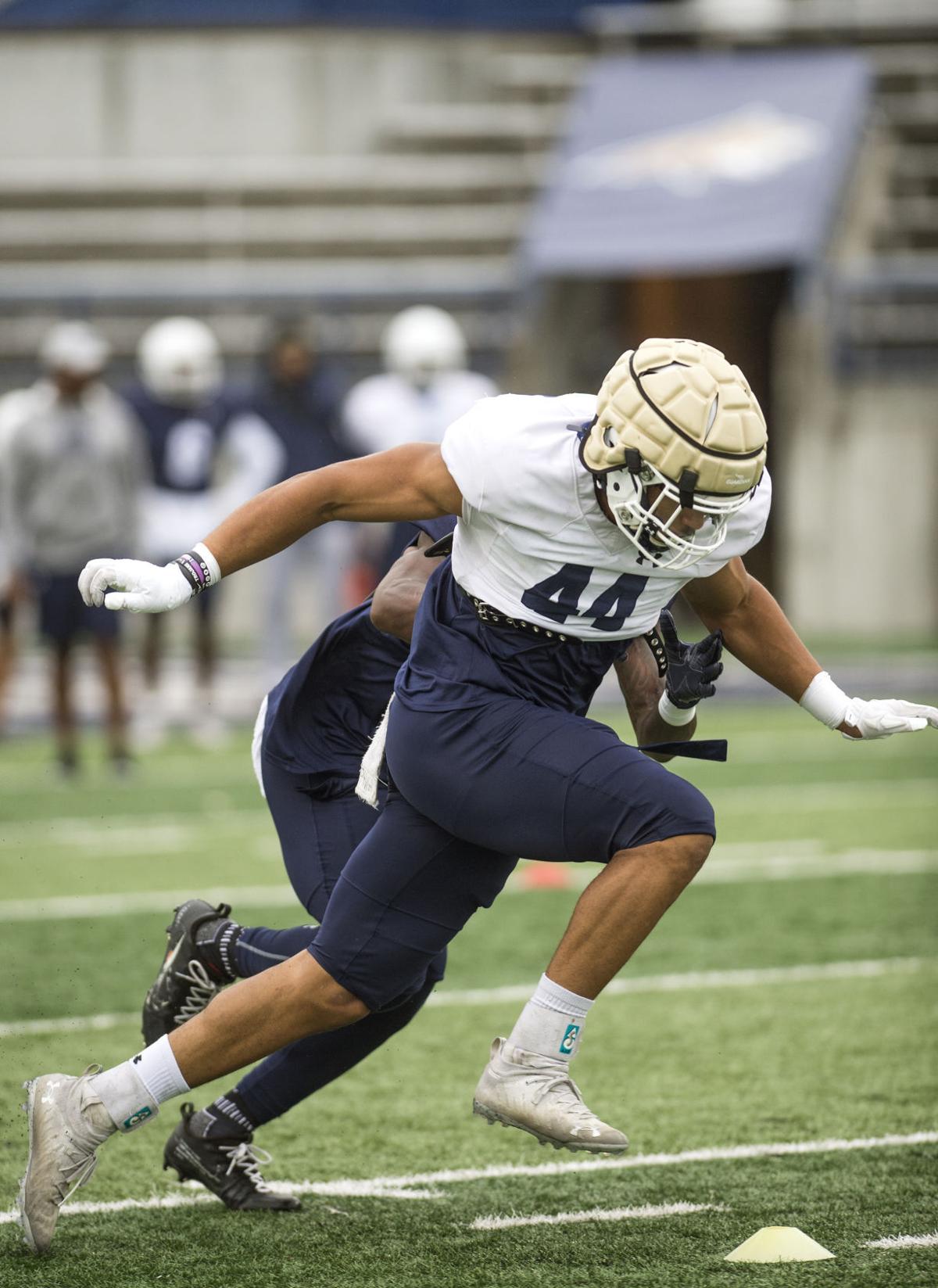 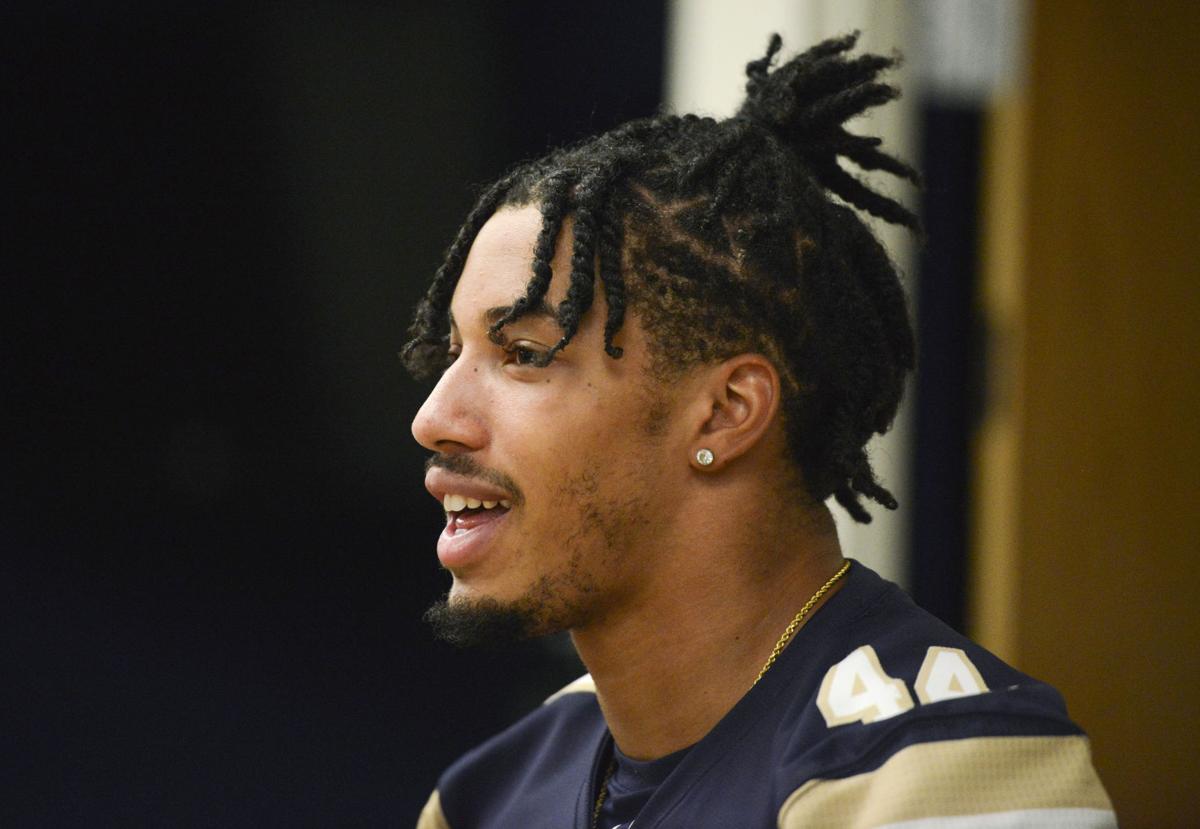 BOZEMAN — Through a long day of eating, Daniel Hardy still had more to go. Seeking to consume 5,600 calories per day, the Montana State senior often turned to Dairy Queen to reach that goal.

Eating as much as he did, trying to gain weight for the football season, wasn’t easy. Hardy had to go about it the right way, and sometimes, it was difficult to stomach. He wasn’t picky about his diet beyond basic vitamins and nutrition he needed to remain healthy.

“It's a lot harder than it sounds,” Hardy said. “You just get to the point where you just have to force it down. You've got to take a bite and drink some water and just keep going like that until you get it all done.

“It's definitely been a journey and a grind, but I'm still going. Happy I did it. I feel great.”

According to his teammates and coaches, Hardy has played great, too. As he transitioned from outside linebacker to defensive end, he went through other substantial changes along the way. Having gone from about 220 pounds in 2019 to more than 240 now, he’s ready to take on the physical demands of playing in the trenches.

Hardy recorded a sack and four tackles in Saturday's 19-16 loss to FBS Wyoming and is expected to continue to boost the No. 11-ranked Bobcats, who will host Drake at 6 p.m. this coming Saturday for their Gold Rush game at Bobcat Stadium.

Hardy was a backup for most of the 2019 season, though he started games down the stretch after Troy Andersen was out with an injury. Does he feel he finally has his shot now as a starter? Not exactly. He had always prepared as if he were a go-to player.

“It might be a little different,” Hardy said, “but I don't feel like I have had to change anything about the way I go about handling my business.”

Brent Vigen installed a new defensive system when he became MSU’s head coach in February. This added another full-time position on the defensive line.

A player has to show a commitment if he is going to add as much weight as Hardy did, Vigen said. And Hardy was open to becoming a defensive end right away.

Vigen credited Sean Herrin, MSU’s director of strength and conditioning, and Brittney Patera, a dietitian on the staff. With their help, Hardy added those extra pounds correctly.

“He's a much different player now than he was in the spring,” Vigen said. “He's one of these guys that because we haven't played in so long I think guys look at the field and say, ‘Where did that guy come from?’”

Hardy also pointed to workouts and extra weight lifting he did during the offseason. He gained so much strength his teammates believe he’s gained mostly, if not all, muscle.

“He's a freak, man. I think the thing of it is his physical transformation,” MSU linebacker Nolan Askelson said. “You can see it just looking at him. The dedication he put in during the offseason into his body and to learning football … the time he spent with coaches in the film room diving into film, really learning the Xs and Os of offense and defense, you can tell how much different he looks and plays.”

Hardy has needed to mentally adjust to his new position. From a three-point stance, he’s reading different keys in an opposing offense. Though his responsibilities haven’t changed much, his technique has.

Vigen said he can point to Hardy as a role model by how he practices. His time to morph into a defensive end limited, he practiced with urgency. It’s become clear, though with more weight, his speed and athleticism haven’t changed.

“He's a guy that understands each rep he gets, whether it's a run or pass, is so critical,” Vigen said. “He never stops.”

Hardy caught himself thinking too much during games. Askelson noticed this as well, but he believes Hardy has fixed the issue this season.

Hardy wanted defensive end to become second nature. By how he played Saturday, he’s making progress. Bobcats defensive coordinator Freddie Banks expects Hardy to be among the most explosive at his position in the country.

“He's picked it up quick,” fellow MSU defensive end Amandre Williams said. “He's a smart, intelligent football player. He's a heck of an athlete obviously. He's impressively built. So to see him pick up the defensive end position has been fun to watch.”

Hardy’s teammates and coaches have gushed about him since the beginning of fall camp. Bobcats linebacker Callahan O’Reilly predicted Hardy will be “a beast this year. You can just tell it’s a totally different mindset than he had in 2019, and especially physically.”

“He's a force to be reckoned with,” Askelson added. “He's going to be huge for us this year.”

BOZEMAN — The whistle blew to signal the start of a fall camp practice at Montana State in August, and the various position groups broke from …