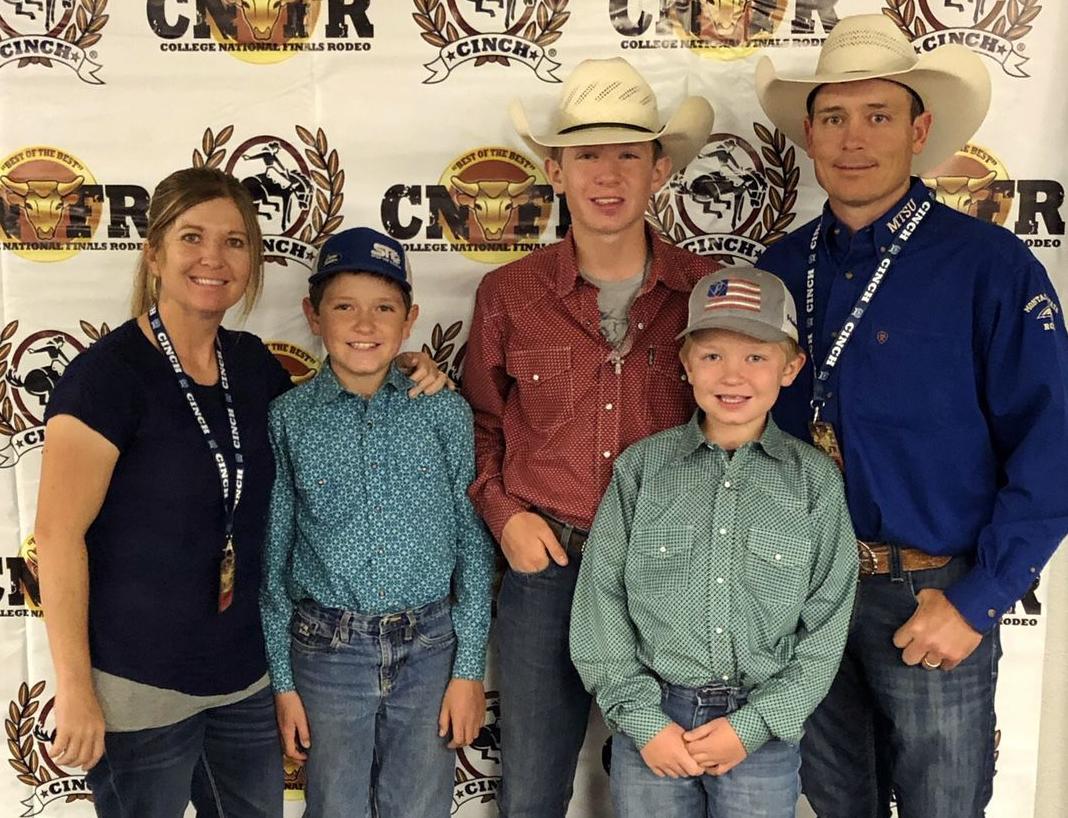 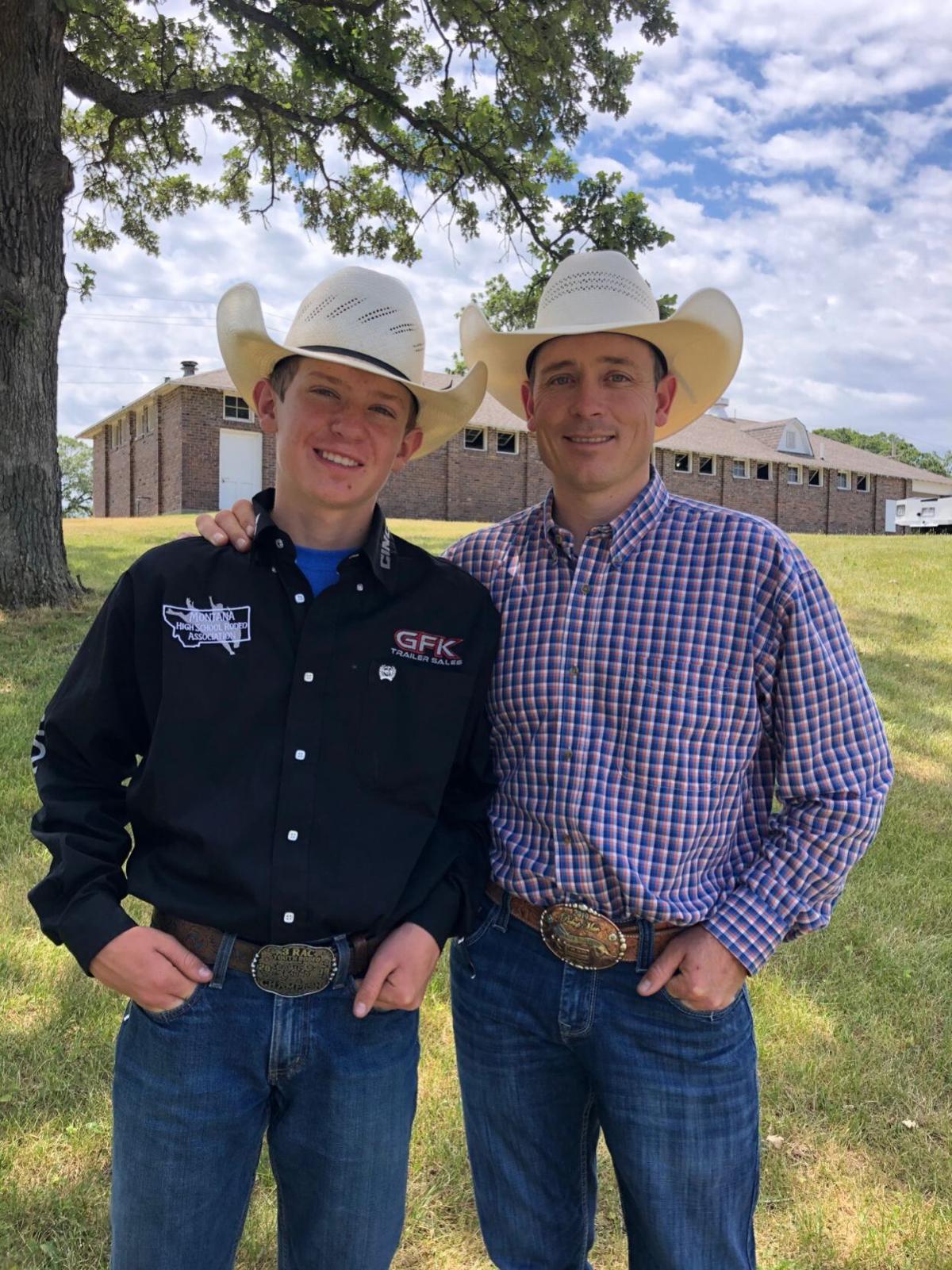 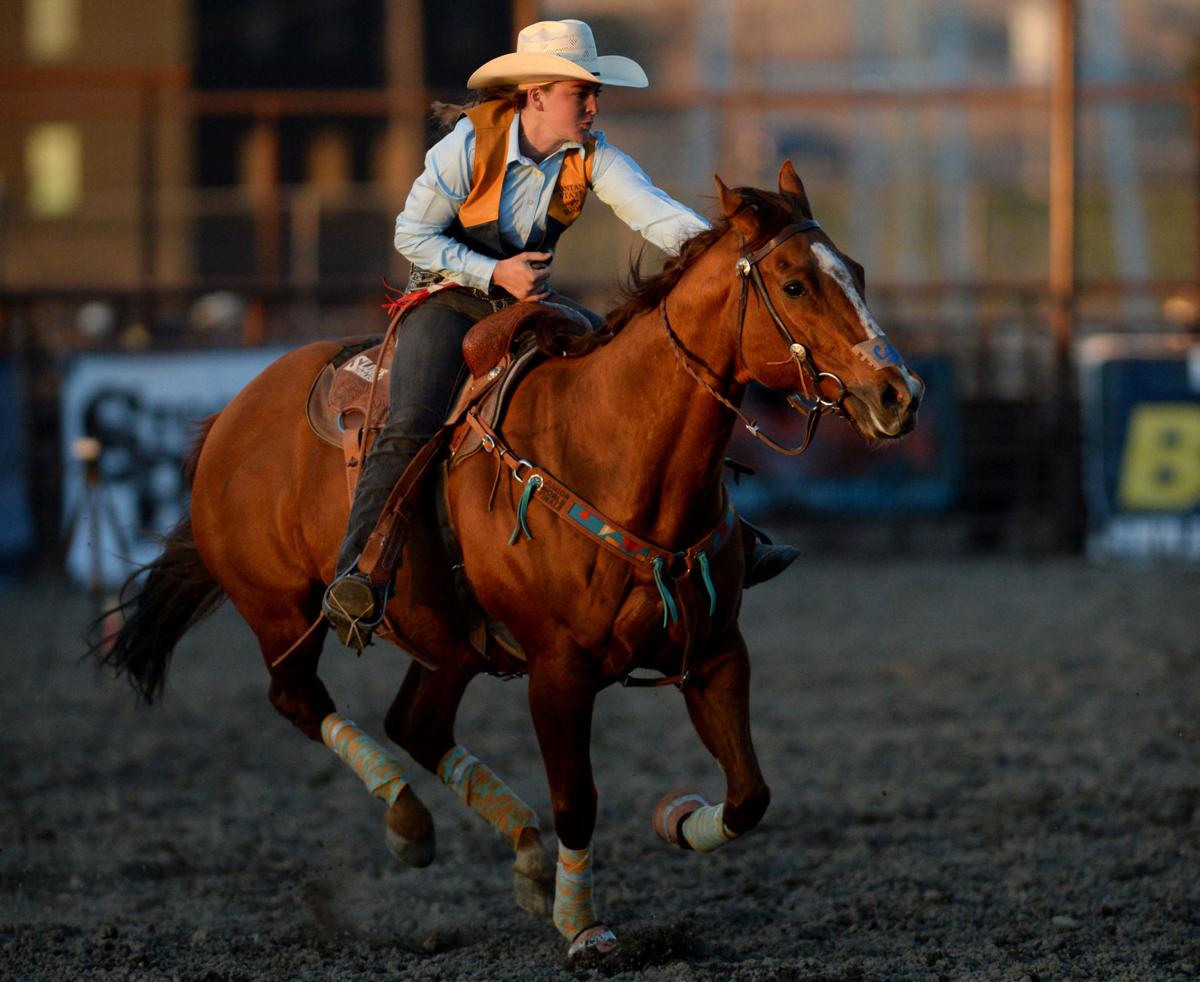 Montana State’s Tayla Moeykens competes in barrel racing during the second night of the MSU spring rodeo on April 9 at the Gallatin County Fairgrounds. 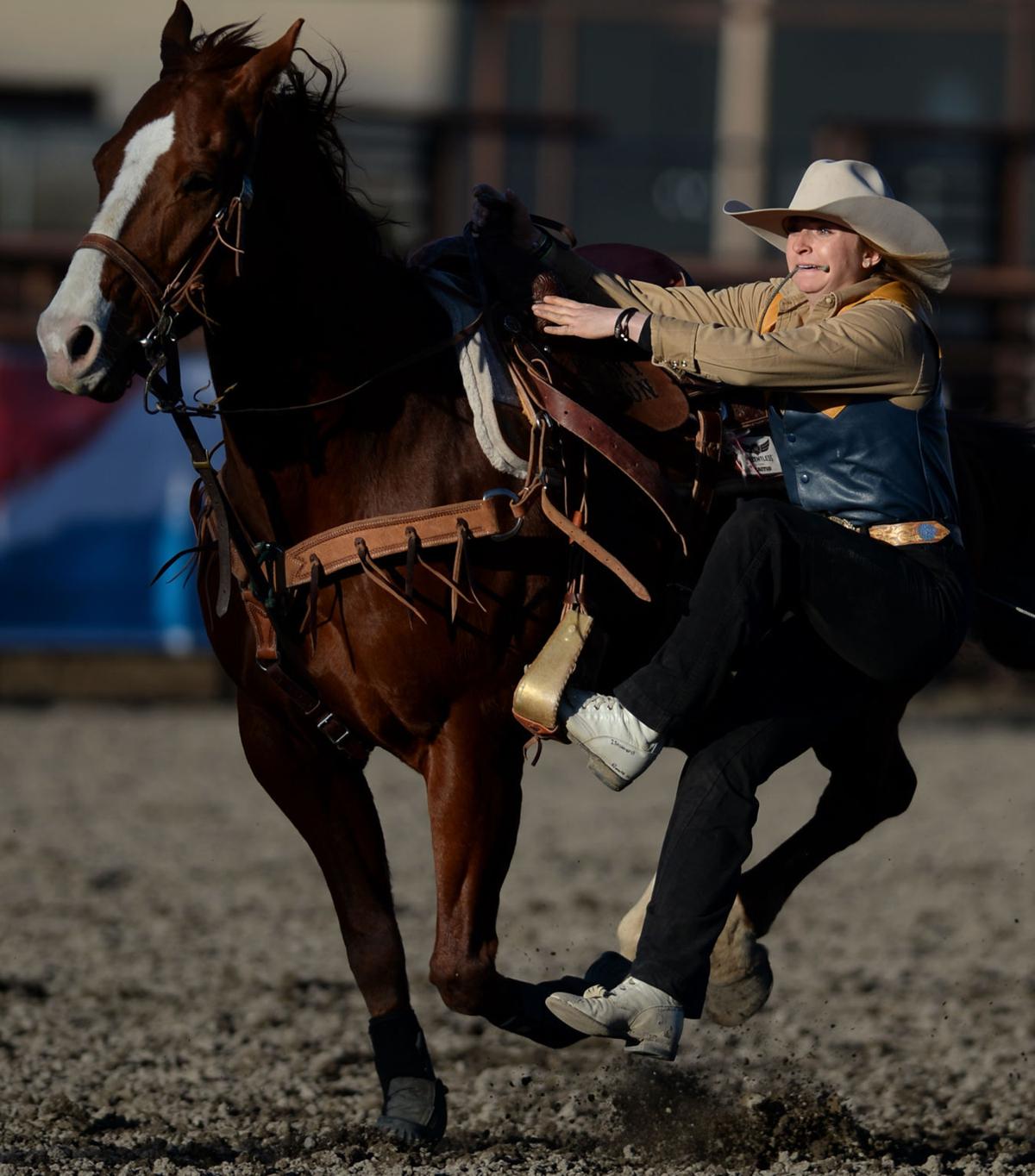 Montana State’s Paige Rasmussen prepares to dismount as she competes in the goat tying competition during the second night of the MSU spring rodeo on April 9 at the Gallatin County Fairgrounds.

Montana State’s Tayla Moeykens competes in barrel racing during the second night of the MSU spring rodeo on April 9 at the Gallatin County Fairgrounds.

Montana State’s Paige Rasmussen prepares to dismount as she competes in the goat tying competition during the second night of the MSU spring rodeo on April 9 at the Gallatin County Fairgrounds.

BOZEMAN — After 18 years of being a coach at Montana State, Andy Bolich is going out on top.

Bolich graduated from MSU in 2003 after a career that saw him qualify for the College National Finals Rodeo all four years, and he was hired as an assistant that same year. He became the head coach in 2015 and last week helped MSU’s women’s team to its first national championship since 2011 and third overall.

He knew before the team took off for Casper, Wyoming, that this would be his last season as coach of the Bobcats. Bolich called the championship a “bittersweet” moment, but he’s proud to have played a role in the newest chapter of Montana State’s storied rodeo success.

“It’s a great way to end it — on top, the best program in the country,” he said. “You’re excited for the program, excited for the kids and I’m glad we got a championship, another one to hang in the (Brick Breeden) Fieldhouse. It’s not going to be the last one. They’re going to keep doing it. I was just happy to be part of it.”

Bolich said there isn’t a set date for his last day, but it will be sometime this summer as he plans to help with the transition to a new coach after a replacement is found.

Bolich, 40, said he’s not sure what the future holds for him professionally. But he said he and his wife, Tracey, are looking forward to spending more time with their three sons — Blaise, 14; Brooks, 11; and Bentz, 9 — and their potential rodeo adventures.

Right after the CNFR wrapped up, the family drove to Des Moines, Iowa, where Blaise is competing in the National Junior High Finals Rodeo in the ribbon roping.

“They’ll be growing up and in college before we know it, so we’re just trying to focus a little bit more on them,” Bolich said. “Maybe they’ll be in college rodeo one day.”

Tracey also competed in rodeo for MSU and was an accomplished roper, Bolich said. Since Andy has been a coach, she has served as a volunteer assistant for the women’s team and as something of a “team mom” for all.

“She’s been a big influence on them because she’s around all the time, and it takes a village to take care of that many kids and do everything they need,” Bolich said. “She’s been a huge part of the program as well.”

Still, she had accumulated enough points throughout the week that she shared women’s all-around honors with Jill Donnelly of Cochise (Arizona) College.

“It was pretty awesome that they both won championships, especially in the same year and being on the same team,” Bolich said. “Just to win one is really tough, and to have two girls on the team in the same year is a huge feat.

“They were super aggressive and had that confidence in themselves that what they had done all year was good enough to compete at the national level.”

Though rodeo is a club sport and doesn’t fall under the purview of Montana State’s athletics department, athletic director Leon Costello said the rodeo team would be properly celebrated in the fall.

A new banner will be displayed in Brick Breeden Fieldhouse, Costello said, and he anticipates a moment to acknowledge the team’s accomplishments during Montana State’s Gold Rush football game against Drake on Sept. 11.

“It doesn’t matter what it is, a national championship is a big deal, and we’ll definitely celebrate them,” Costello said.

Costello has only been in his role for five years, but he said it’s been nice to get to know Bolich in that time. He’s happy the coach gets to leave as a winner.

“Andy is a wonderful person, wonderful coach. He’s been around MSU rodeo for a long, long time, and I think to go out like this is truly special for him,” Costello said. “What a great way to cap a career, with a national championship.”

Bolich and his wife have given much of their lives to Montana State rodeo, and he said it’s been nice to be rewarded for that investment with a talented, ambitious and community-focused group of athletes throughout the years.

“We have a great group of student-athletes on the team, obviously, and I’m just excited for their future,” Bolich said. “MSU is going to be tough for a long time to come.”

And even though he won’t be leading the program anymore, Bolich and his family won’t be far away.

“We’re Bobcats to the core. That won’t ever change,” Bolich said. “It’s been a great program to be a part of both as a student-athlete and as a coach. Now we’ll be supporters and fans from here.”

Moeykens rallied to the title Saturday and helped the MSU women to their first team championship since 2011, and third overall.