Montana State players hit the field before a game against UAlbany on Dec. 7 at Bobcat Stadium. 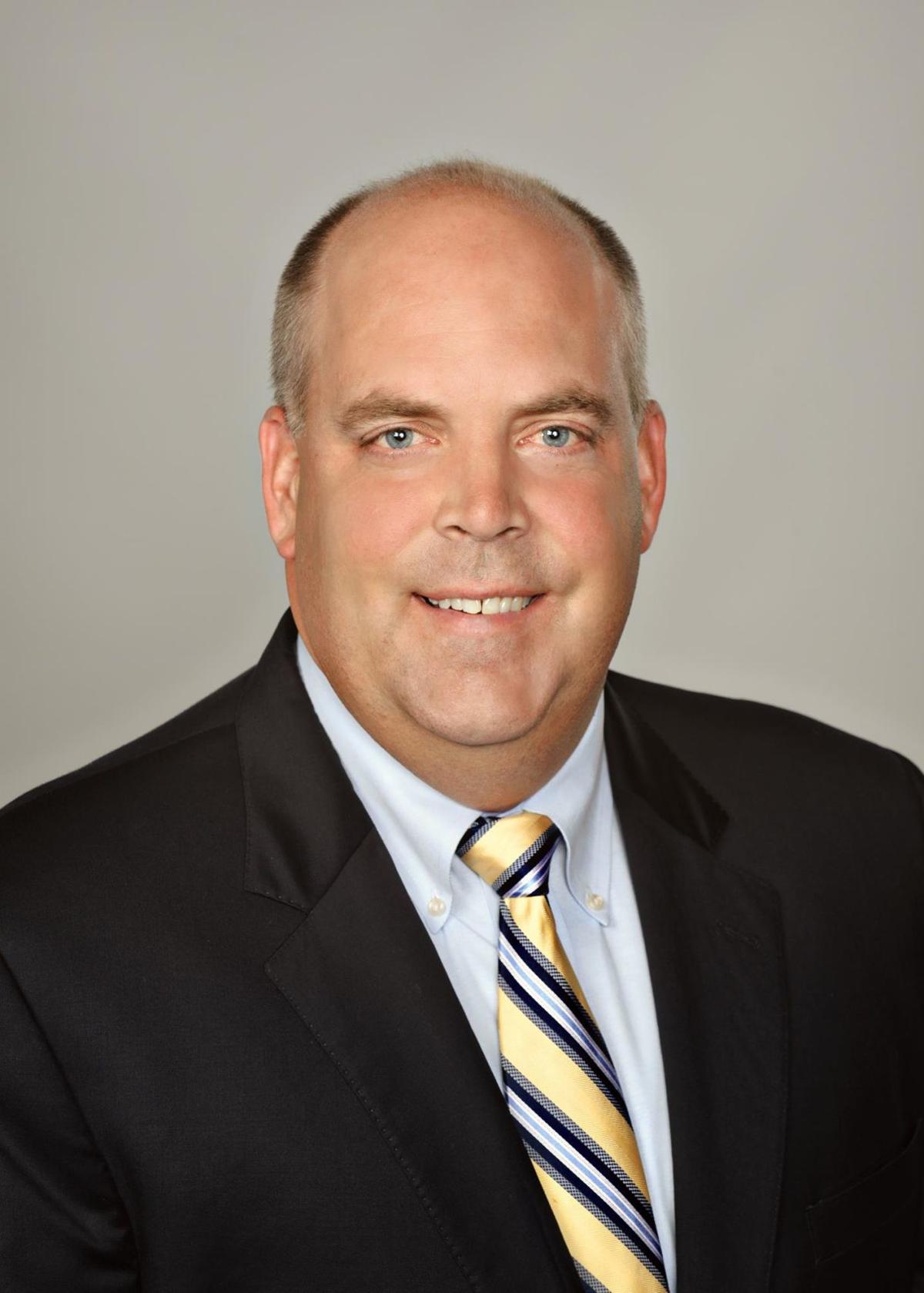 Montana State players hit the field before a game against UAlbany on Dec. 7 at Bobcat Stadium.

BOZEMAN — Tom Wistrcill is confident college sports will start. He’s not sure when.

The Big Sky commissioner is helping lead the way in the creation of several contingency plans for fall sports as the coronavirus pandemic looms. And he believes that preparation by the conference has been sound. But he’s not yet sure what it all will mean.

That’s why, when asked if college sports could be held this fall in a healthy and safe way on Monday, he said his confidence was “about 50-50.” That could change — either way — within weeks as the beginning of team activities was allowed by the NCAA this month.

“I don’t like the trends out there right now with the numbers and virus increases you see across the country. That’s not a healthy thing for college athletics,” Wistrcill said. “This is really unpredictable and things can change rapidly. But we definitely need people to be taking it seriously and for our young people to be safe and smart. That’s why, as I stand here today, I’m 50-50.”

On Wednesday, the Ivy League suspended all fall sports, including its FCS slates, due to the pandemic. While that is an option for Power 5 and other Division I programs, Wistrcill said his conference didn’t feel peer pressured yet.

“People are going to make different decisions for different reasons on different timelines,” he said.

Wistrcill did say decisions to postpone, cancel or play games would essentially be made from the top down. He pointed out that, while Big Sky football teams weren’t going to play any from the Ivy League, they are matched up with some from the Power 5 conferences. Montana State is scheduled to play at Utah on Sept. 12 and make $675,000 from that game.

If FBS teams begin to alter nonconference games, Wistrcill said that “probably forces our hand into making some decisions as well.”

“I think right now, we just have to plea for some patience,” Wistrcill said. “Because we don’t want to make decisions too rapidly and then we would have to backtrack.”

Wistrcill said he talks to athletic directors in the Big Sky twice a week and with other conference commissioners about three times a week. He feels he has a solid grasp of how other Division I athletic leaders are feeling and what their plans are.

If the top FBS schools begin to cancel or postpone games, Wistrcill expects other FBS conferences like the Mountain West to follow suit. That, in turn, would likely affect FCS schools.

“I think we’ll start to see some of the dominoes start to fall a little bit,” MSU athletic director Leon Costello said. “And to be honest, we have to because we have dates coming up here with student-athletes coming back to campus that’s going to lead up to a fall camp for football and fall practice for volleyball. We have to be able to make those decisions on whether or not we’re going to do that.

“There’s a lot of costs in bringing student-athletes back to campus. My hope is that we start to have some decisions being made here in the very, very near future so we have some sort of direction on where we’re going.”

While the Big Sky has not set a specific deadline to make any decisions, Wistrcill and Costello both hope to have definite answers by the end of the month. Both want athletes to have enough time to physically prepare for competition.

MSU opened up some facilities on June 1 for voluntary workouts, and members of the football team began player-run practices later. However, as the number of new coronavirus cases began rising again locally and following a holiday weekend, those workouts were shut down. This is also less than two weeks after the first coronavirus case among MSU football players was reported.

The NCAA allowed teams to begin some activities in mid-July and for full practices to commence in early August.

“Right now, we don’t have answers. We can’t have answers, nor should we be trying to rush into making a decision,” Wistrcill said. “Let’s let this play out for a few weeks and reassess then and make decisions as we go along. We get smart every day. We learn about the virus, learn more about how it affects people. We learn more how to track it, how it affects our young people and how we would host a game and those types of things.”

Costello wondered what the point of a fall season would be if more games were slashed. Conversely, he wasn’t sure what the FCS playoffs would look like if football was moved to the spring.

The question remains: What is the Big Sky trying to accomplish? Play as many games as soon as possible, or wait until the spring which would be uncharted territory?

“I have to ask myself, if we’re going to play, what’s the reason that we’re playing for?” Costello said. “Right now, it’s play to win a conference championship, let’s get to the playoffs and have a chance to win the national championship. If we can only play four games in a regular season, is that really worth what we’re trying to do?”

When asked about spring football, Wistrcill said “everything is on the table.” Costello echoed the sentiment.

As of Monday, Big Sky officials had not yet had in-depth conversations about postponing sports until the spring. But Wistrcill figures those discussions will pick up momentum in the next few weeks.

Wistrcill noted scheduling those contests “is not as simple as cutting and pasting.” FBS conferences like the Mountain West and Pac-12 will likely dictate the scheduling for the Big Sky because of payouts like the one MSU will receive.

“They desperately need those games to happen,” Wistrcill said.

“Nothing is going to be real clean,” he added about planning. “We probably shouldn’t expect that in this crazy time.”

The FCS playoffs could be complicated in the spring. The structure is beneficial compared to the FBS bowl system because games are hosted by higher-seeded teams and can readily make their stadiums available. But Wistrcill isn’t sure whether playing the championship game in Frisco, Texas, is still viable or if that could be moved elsewhere.

Costello was adamant, though, that if the Big Sky wanted to move fall sports to the spring then MSU “will make it work.”

“Could it happen? Yeah it could happen,” Wistrcill said. “The closer it gets as we continue down this trend, then I think it would become more and more likely.”

Early on during the pandemic, the Big Sky appeared to be in a unique and challenging situation. The football conference is made up of 13 programs in eight states, all which were handling COVID-19 differently.

However, Wistrcill thinks those teams are in the same situation now as the number of new coronavirus cases increases nationally. Few discussions have taken place at a conference level about what would happen if some schools are allowed to play and some aren’t.

Wistrcill noted in-person classes are likely a prerequisite for athletics to continue for any university. Playing sports without that “just doesn’t fly,” he said.

The California State University system announced in May it would hold classes mostly online this fall. In the Big Sky, that affects Sacramento State and Cal Poly, which MSU is scheduled to host Oct. 10.

“Everybody is kind of taking this plan to wait and see,” Wistrcill said. “We don’t want to make any decisions too quickly because the landscape changes drastically. But we’re going to reach a time where we’re going to have to make a decision regardless of how easy or uneasy it makes you feel.”

Wistrcill agreed with Costello that “there’s not a magic number” of cases reported among athletes that would shut anything down. That is left to medical officials to decide when activities are allowed.

Among looming anticipation and nervousness, Wistrcill wished college sports presented a clear picture. He, however, compared the fall season to a complicated puzzle. Less than two months from MSU’s annual Gold Rush game scheduled to open the football season on Sept. 5, many pieces appear out of place.

“I get it. Nobody wants to play fall sports more than me,” Wistrcill said, “but there’s a lot that would have to happen from now and then for us to be kicking off on time.”

One contingency that has seemed to gain traction of late is the idea of pushing the football season back to the spring.