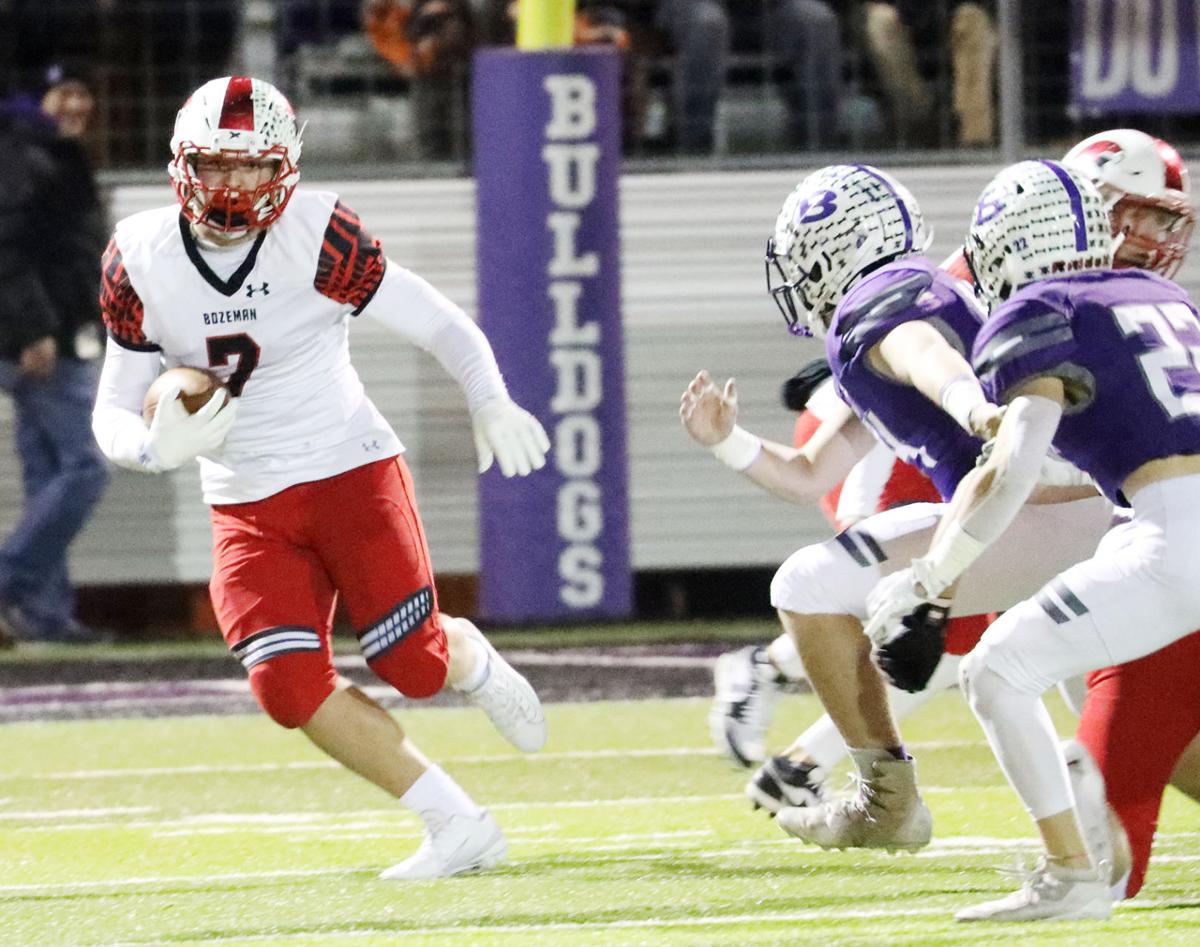 Bozeman's Kenneth Eiden carries the ball in an offensive drive during the 2019 State Class AA Football Championship against Butte. 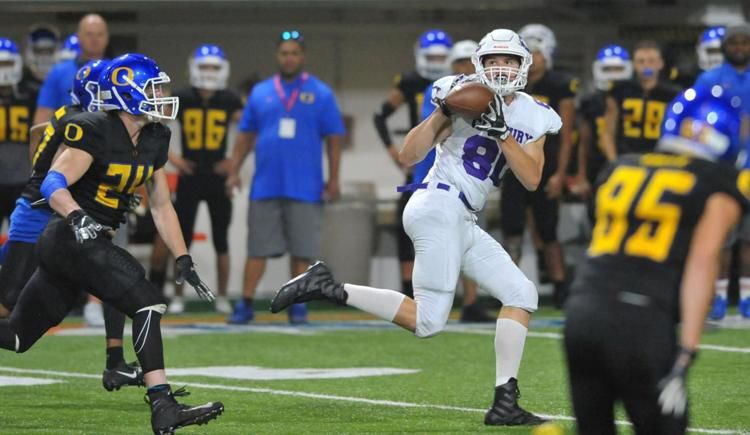 Bozeman's Kenneth Eiden carries the ball in an offensive drive during the 2019 State Class AA Football Championship against Butte.

HELENA — There won't be any football played in the Big Sky until the spring, but that didn't stop Montana State from securing a big win on the recruiting trail with the commitment of top in-state recruit Kenneth Eiden IV.

Eiden, out of Bozeman, is ranked as a three-star recruit by 247sports and is the nation's No. 171 athlete, as well as the No. 3 player in the state of Montana.

Eiden, who announced his commitment on Twitter Monday, was also offered by Montana, Northern Arizona and Montana Tech.

Eiden was a two-way all-state performer and defensive MVP in Class AA last season for Bozeman, the AA state champions. As a tight end, he caught 31 passes for 512 yards and eight touchdowns.

Yet, Eiden has really excelled on defense.

Last season, the 6-foot-2, 230-pound defensive end notched 94 tackles, 41 TFL and 15.5 sacks. During his sophomore campaign, he was credited with 92 tackles (38 for loss) and 21 sacks earning first team all-state honors at defensive end that season as well.

Eiden is the 12th known commitment in the 2021 class for Montana State after 406mtsports.com was able to confirm another verbal commitment.

Three-star recruit Titan Fleischmann out of Pocatello, Idaho, also made a verbal pledge to the Bobcats recently (June 3), following a dead-period visit. He also had an offer from Idaho State.

Fleischmann is the fourth-ranked player in the state of Idaho. The 6-foot-5 prospect who weighs 220 pounds will be coming to Montana State as an offensive tackle.

"I committed as an offensive lineman," Fleischmann said. "The coaches see me as a tackle. I have mostly played tight end in high school, but it didn't take much selling. I have always loved playing on the offensive line and the blocking aspect of being a tight end."

Fleischmann said his visit helped win him over.

"The city of Bozeman is great and MSU is an outstanding place to be," he said. "But what put the Cats over the top was the opportunity to play for coach (Jeff) Choate and his staff. It's obvious that the coaches have built something special at MSU and I want to be part of it."

Thanks to dead-period visits, two recruits from Arizona, who committed to Montana State this past week, didn't have to do anything virtually.